Sure, it may only be officially less than four months now until Christmas, (hoorah!), but it’s also almost the end of our mini-break season. I wanted this year to try and get away for as many weekends as possible, and we accomplished it spectacularly – we’ve visited all sorts of lovely places, and had some lovely times, but the end of the summer holidays marks the end of the peak season. We have a couple of trips planned still, but mainly we’ll be hanging out at home. I’m kind of looking forward to this, but sad too, as I do like a hotel breakfast.

One of the last destinations on our mini-break calendar of fun was the Woodbury Park Hotel in Devon. It’s less than an hour away from us, but I actually kind of like to holiday nearer home, especially if you’re only going for a night or two. No one wants to spend half their allotted mini-break time driving there do they? Also, when you go somewhere relatively close by, you’ll often discover places you never even knew about, that you can then visit again.

That was the certainly the case with Dart’s Farm, where we headed after checking in, to hire bikes. Dart’s Farm is a massive farm shop, with a cafe, loads of food, drink, interiors stuff, an outside area, local fish and chips – I can’t believe that in the all the time I’ve lived in Somerset and been on family days out, we’ve never come across it. If you’re anywhere nearby, it’s definitely worth a visit, if only to go in the kitchen and bathroom showroom and gawp at the small glass bathroom shelf that’s on sale for £350. Seriously, it was about 10 inches long and maybe three deep? Bonkers. We started pricing things in shelves from then on – ‘Mummy, can I get this book? It’s not expensive – I could get 48 of them instead of a glass shelf.’

The hire bikes are high end too – I had a red Pashley with a wicker basket on the front, where we stashed some snacks before heading off on a little trip along the Exe Estuary cycle trail. 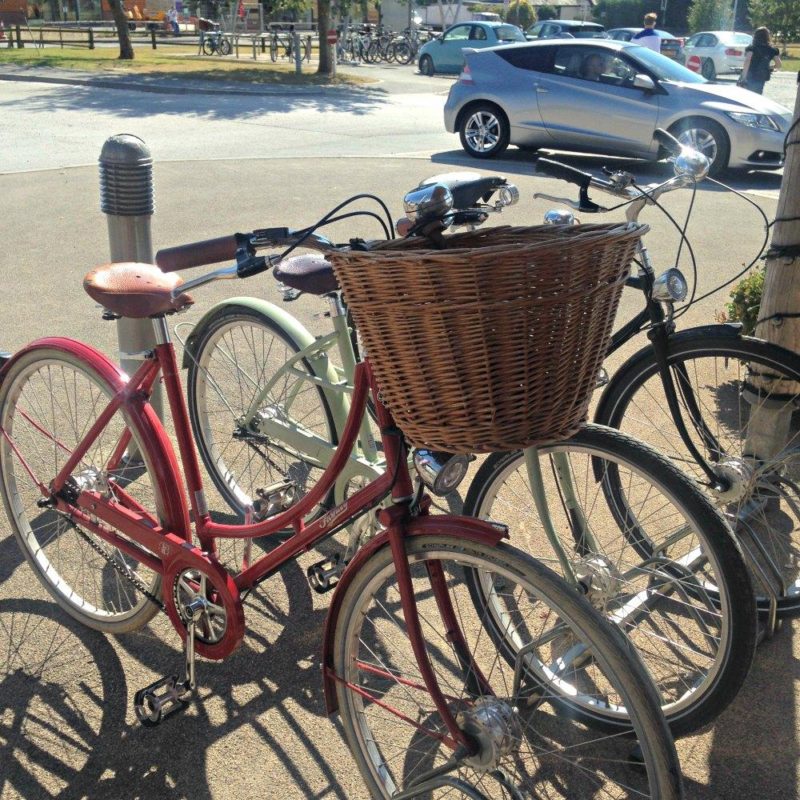 After our afternoon outing, we headed back to the Woodbury Hotel, for a little bit of chillaxing. The olympics were still on, so I had a casual lie down watching the gymnastics while fiancé took Belle for a swim in the hotel pool. Our room, which was a family room, was MASSIVE. I’m not exaggerating when I say it was probably bigger than the whole of our downstairs. (We do have a pretty small area downstairs – just an open plan kitchen and dining room – but that’s not the point.) It was incredibly bright and spacious, with great views of the golf course too.

I’m not into golf, but I could tell from the clientele that the golf was a big attraction, so it could be the ideal place to go if you have one member of the family who loves golf, and another who loves outings to local farm shops. 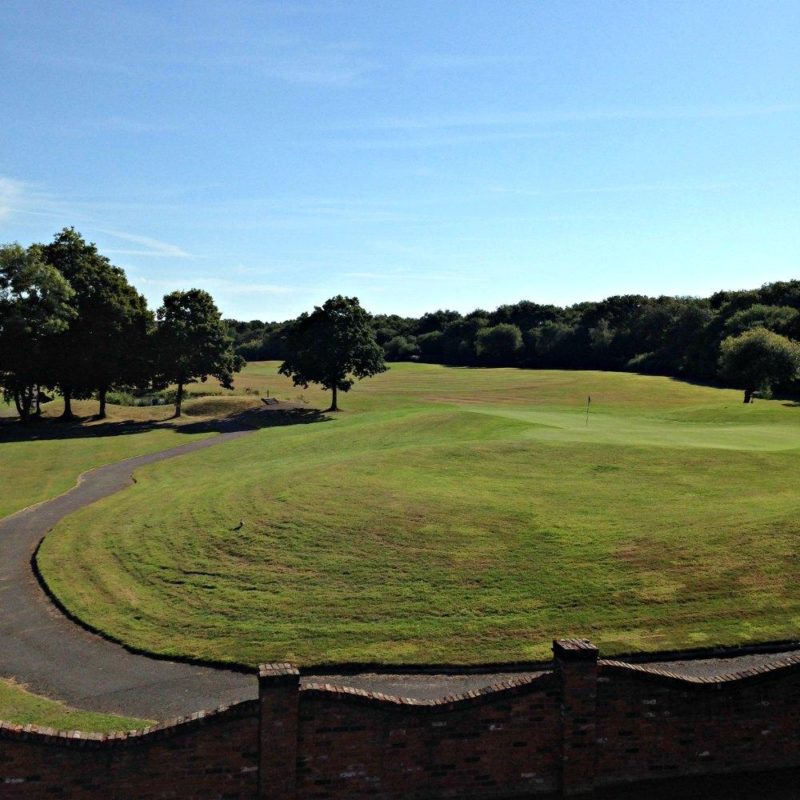 The Woodbury Park Hotel has a beautiful atrium restaurant, as well as the slightly more informal Terrace Bar and Grill, and the menus looked amazing, but we felt that we couldn’t really get so close to the coast without a trip to the seaside, so we drove about 20 minutes down the road to Sidmouth, and had fish and chips and ice cream as the sun went down.

Belle had blackcurrant and clotted cream ice cream, which is almost her favourite. Her actual favourite is blackberry. The ice cream inspired twenty minutes playing ‘what’s my favourite…’, where Belle tested our love by asking us to name her favourite food, drink, gemstone, limb etc. (Fun times.) 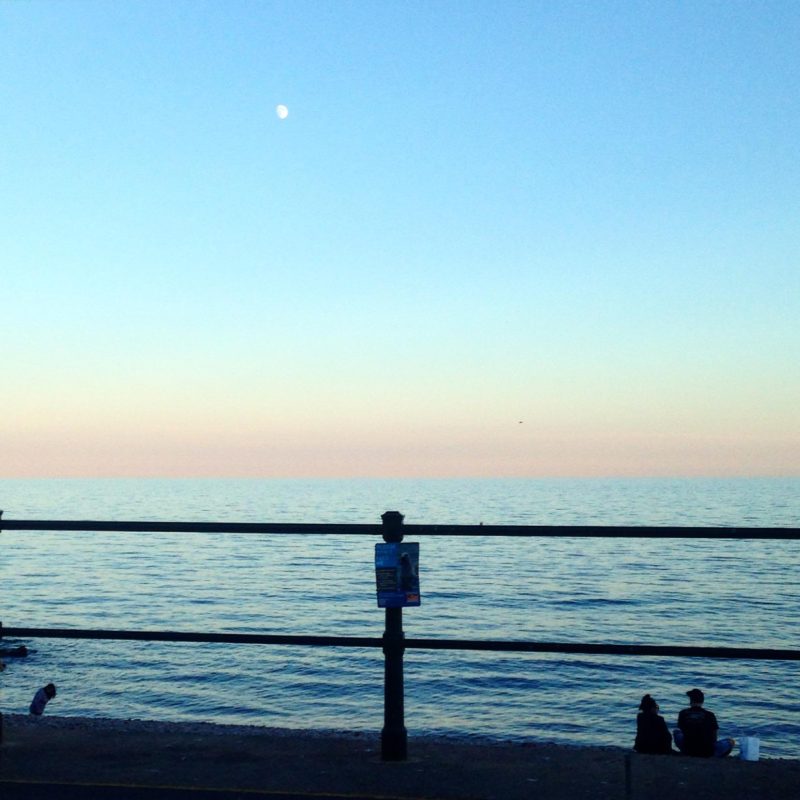 Then it was back to the hotel, for Belle to complain about having forgotten her ear plugs, while we watched more olympics from our massive beds and listened to fiancé snore.

Then it was the morning, and my favourite bit – hotel breakfast! I have overslept and missed a hotel breakfast once in my whole life and it was awful. I loathed myself for the rest of the day. The irony is that actually I don’t normally eat much in the morning, and so I have to wake myself up super early if I want to be anywhere near hungry enough to properly need to eat, but that doesn’t seem to impact on my enjoyment.

The breakfast at The Woodbury Park Hotel was in the atrium, which was a lovely setting. We had a little wait to be seated, but they made up for it by having fresh figs, which are one of my favourite things. (I will add that to the next ‘what’s my favourite’ quiz.) If I’m honest, we felt a teeny bit under pressure, as check out was 10am. This felt quite early to me for a hotel check out, especially as fiancé’s normal routine is breakfast first, then shower, meaning you have to allow time post breakfast for him to faff about and get ready.

Apart from that though, we had an ace time at the Woodbury Park Hotel. It was a lovely place for a mini break, and a great location from which to explore the rest of Devon, from shopping in Exeter to fish and chips in Sidmouth. 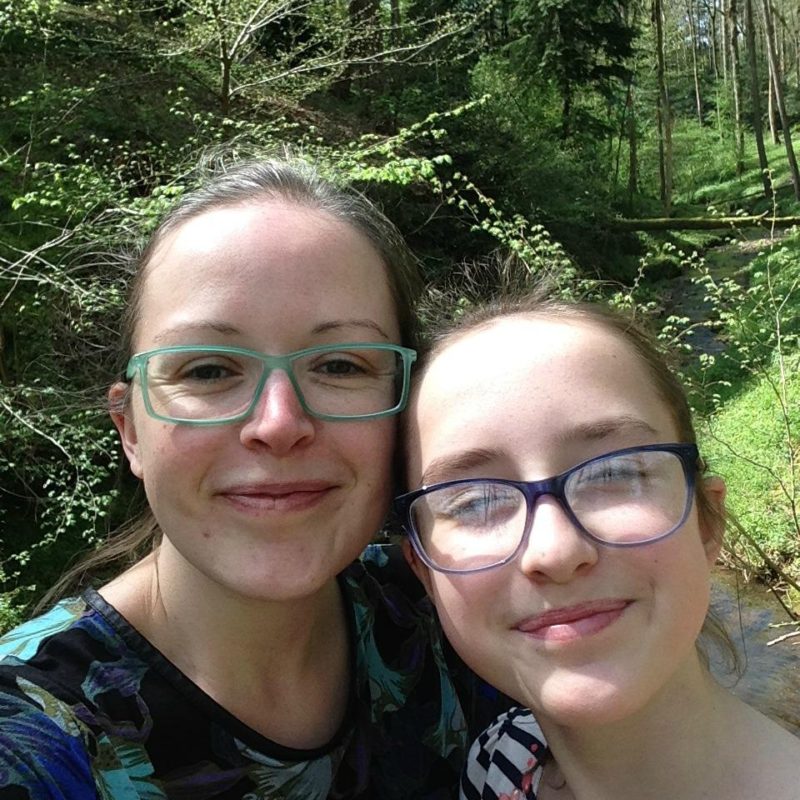 We were guests at Woodbury Park Hotel for one night for the purposes of this review and our bike hire from Dart’s Farm was complimentary. We bought our own fish and chips and ice cream :-)