As a blogger, I get to do lots of interesting things, but I can’t say I ever expected anyone to ask me if I wanted to learn how to throw an axe. To be honest, I’m not even sure why you throw an axe, unless you’re a Viking or something. I imagine them chucking axes about and roaring ferociously.

I have been challenged by the National Trust though, to do something outdoorsy – something that I might not normally think to do, and you get to choose what that is. 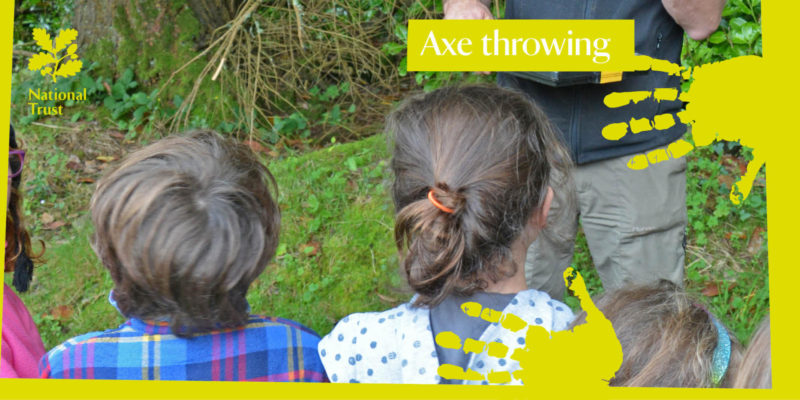 It’s to celebrate the South West Outdoor Festival, a totally new kind of festival, being held in Devon from September 23 – 25. It’s being hosted by The National Trust, together with Cotswold Outdoor, Panasonic, Exmoor National Park and lots of local outdoor experts. It’s a festival for people who prefer rafting to raving, and who’d rather been foraging for wild food than queuing for a burger.

If you consider yourself the outdoorsy type, the South West Outdoor Festival is definitely one to check out. And if, like me, you don’t particularly, all the more reason to have a look, and push yourself a little bit outside of your comfort zone. The outdoors is pretty nice you know, at not as scary as you think. 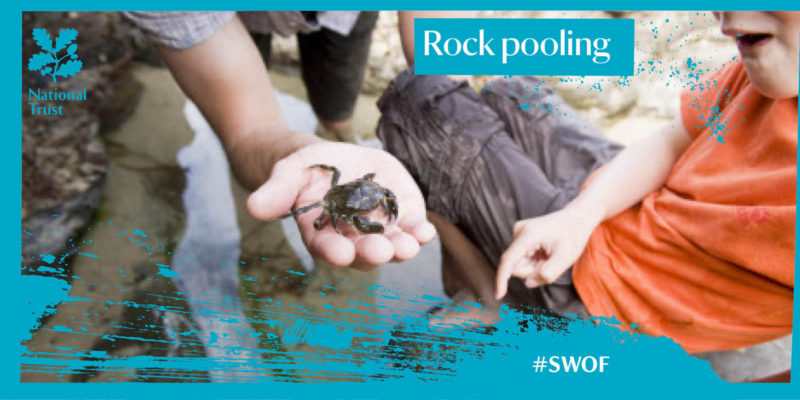 The festival weekend is a sort of pick and mix of outdoor activities, so you can create your own line up. There are intense things like a full trail marathon, (I won’t be doing this), and gentler activities like family rookpooling, guided walks on Exmoor and coastal kayaking.

Now, I will say first up, that I did veto the wild swimming, as I can’t actually swim. (Fiancé weirdly doesn’t believe this. I think he is under the illusion that anyone can swim if they put their mind to it, and that I’m just being weird. I can get from one side of the pool to another it’s true, but I would drown if you dropped me in a lake, and that’s a pretty drastic thing to do for the sake of blog traffic.) 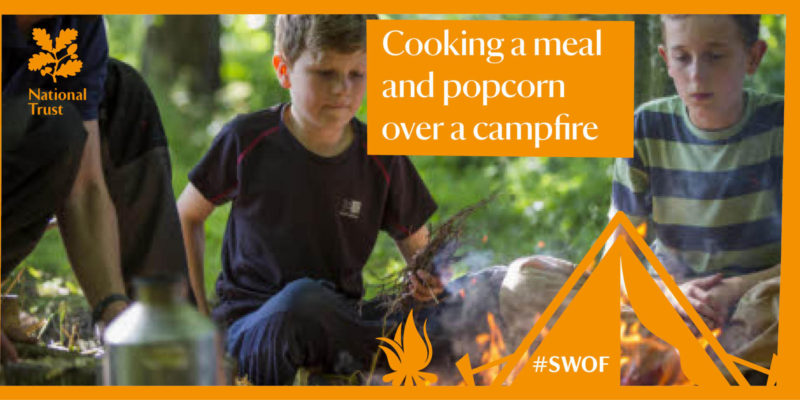 I chatted with The National Trust and we narrowed it down to three options:

I’ve never really done any of these. I once sat in a rock pool when I was very young and on a school trip, to cover up the fact that I had done a wee in my pants, but I don’t think that counts. I’ve toasted a marshmallow, but that’s hardly a meal. I have picked up an axe, but never thrown one, and certainly not in a strategic way.

It’s up to you to decide what adventure you’d like me to have. The power is in your hands.

The best bit is that by casting your vote, you automatically get entered into a draw to win £100 voucher from Cotswold Outdoor. You have to leave your details so we can get in touch if you win, but all of the data will be deleted at the end, we promise not to spam you with anything at all. You have until midnight on 31st August to enter, so VOTE NOW!

Cast your vote now and then go and take a look at the South West Outdoor Festival – outdoor fun for all the family!

In partnership with The National Trust. Full T&Cs.