Before we arrived at Nozstock festival at the end of July, I don’t think I had done quite enough to prepare my fiancé for an authentic festival experience. Until last summer, the only festival experience he had had at all was The Proms, and I really don’t think that counts. As far as I know, Prom goers don’t tend to wear revealing mermaid costumes or walk around during the concert, kicking up hay with their bare feet.

Last summer, we eased him in gently with Wychwood Festival, but that’s so small and family friendly, and essentially in a car park, with tarmac floors, that it’s more like a large church fete.

“Is this what all festivals are like?” he asked, as we arrived at Nozstock, and passed a group of people with blue dreadlocks, holding cans of cider.

“Um, yes, pretty much,” I said. He has led rather a sheltered life, (until he met me), and sometimes funny coloured hair makes him nervous. I think he worries that he won’t know what to do, or how to behave properly, and that he will end up looking silly.

“Should I wear my hat?” he asked anxiously. “Will people laugh at me?”

I assured him that the beauty of a festival is that you can wear whatever you like, and no one will laugh. It’s just about having a good time, and escaping from real life. 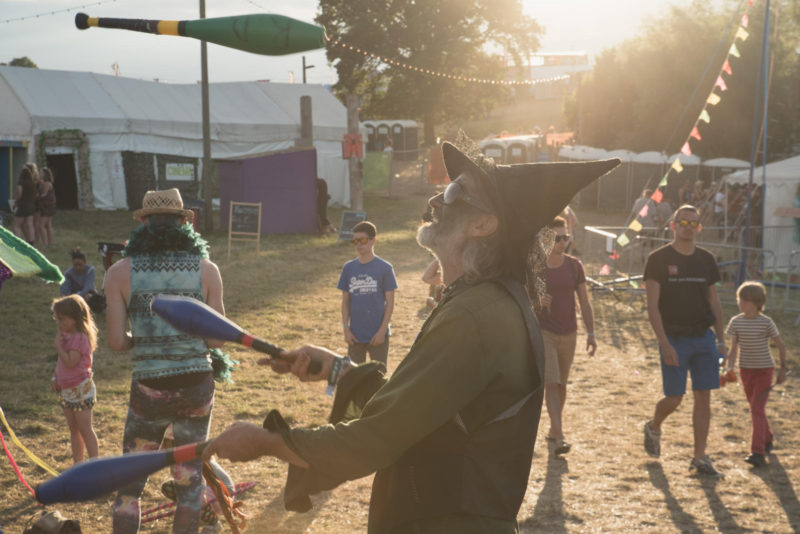 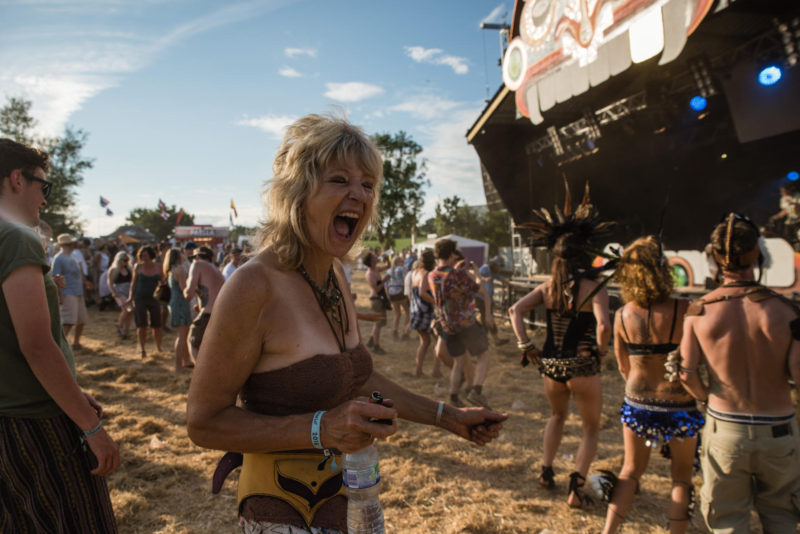 Nozstock festival is actually an ideal starting point for festival newbies. It only has capacity for 5,000 people, with no plans to get any bigger, and so you get a proper festival vibe, without feeling overwhelmed. The smaller size means that nothing is too far away, and you don’t have the huge trek from car park to campsite, and then campsite to festival site, like you do at some of the bigger festivals.

You do get the semi-naked mermaids though, so everyone’s a winner. 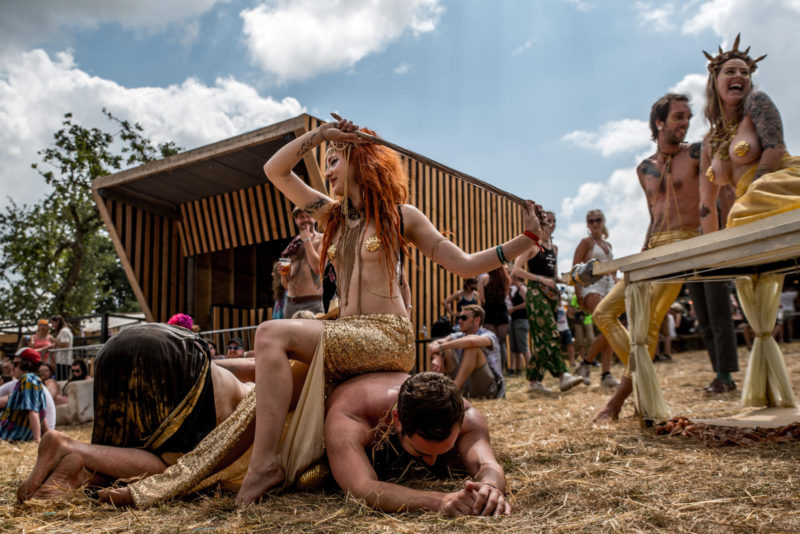 (NOTE – All of the photos were taken by a lovely girl called Chloe, who we got chatting to over a spiced rum and coke. Chloe is a photographer, so please do take a look at her Facebook page if you like these.)

Not that we were exactly roughing it camping wise – we had a bell tent in the little boutique camping area, provided by Zoo Bells. For me, upping my game in the camping department makes all the difference at a festival and is well worth any extra money. It means you don’t have nearly as much to carry, you don’t have to worry so much about the weather, and being able to just walk away from it all at the end, rather than have to pack up a tent, is blissful.

Although Nozstock is relatively small, we were impressed by the variety. There are several distinct areas, and, most importantly, a lot of choice when it comes to food. The food at festivals is one of my best bits, and although I wouldn’t go as far as to say that I plan my day totally around meals, (a total lie – I absolutely do), it’s always nice to have lots to choose from. We sampled burgers from Happy Herefords, delicious wood fired pizzas, curry, cooked breakfasts – not to mention ice cream from Mimi, the split screen ice cream van. Mimi is actually one of just a handful of VW vans built specifically as an ice cream van in the 1960s, and she’s believed to be the only one surviving in the UK. (You see, you learn things at festivals too!)

Mint choc chip action from Mimi, the split screen ice cream van. (Have you twigged yet that the food is my favourite bit about festivals?) Besides, it’s very warm at @nozstock so this is basically medicinal. #nozstock2016

For a small festival, Nozstock festival had a good line up. Obviously, it’s not the kind of place where you plan your day around going between stages, with one top name after another, but there was plenty of variety, with a few well-known music types thrown in, like Jurassic 5, Imelda May, and Goldie. (I had to look up Jurassic 5 to see if they spell ‘5’ with a word or a number, which just goes to show you how cool I am.) Although we’re more of an ‘early night in the tent’ sort of a family, there’s plenty of opportunity to rave into to the night too. 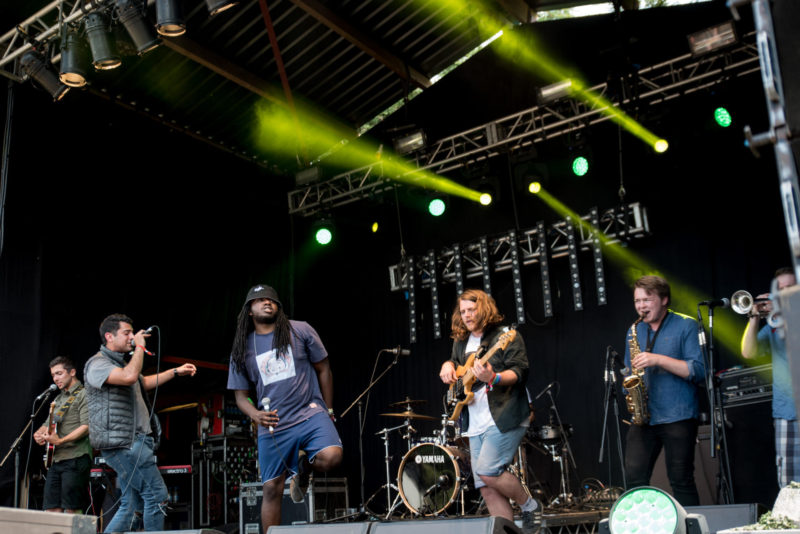 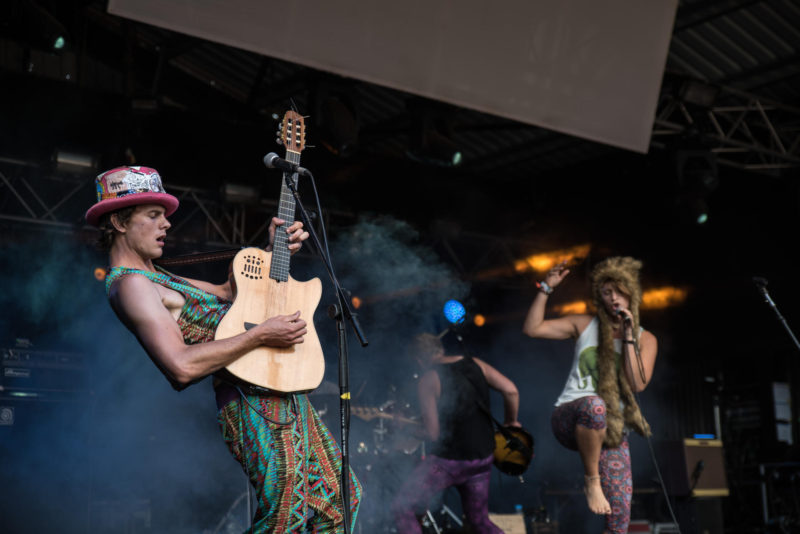 Our favourite act was probably not top of everyone’s list, but he definitely should have been, as we think he’s amazing. (And not just because his sister has been one of my best friends for over 20 years, honestly.)

Adam Scriven lives in Australia, but is originally from Somerset, and is touring in the UK at the moment. He plays all kinds of crazy instruments, including a didgeridoo, and if you get the chance to see him you really must.

We’ve been to some festivals where the demographic and the atmosphere have combined to feel a little threatening, but the vibe at Nozstock festival was anything but. There weren’t masses of children, but it was certainly family friendly, and there were a lot of older people too. I always think it’s much nicer to have a good mix of people, than to have a festival dominated by teenagers. (Because I am getting old, and teenagers scare me.) 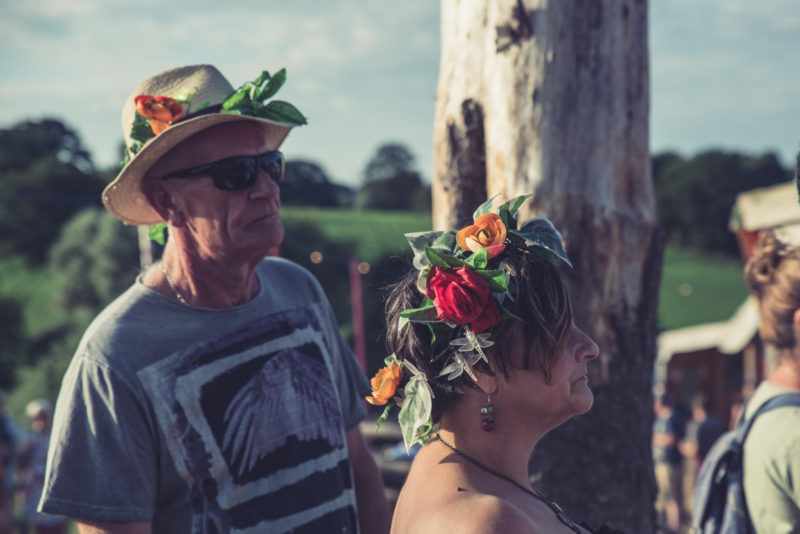 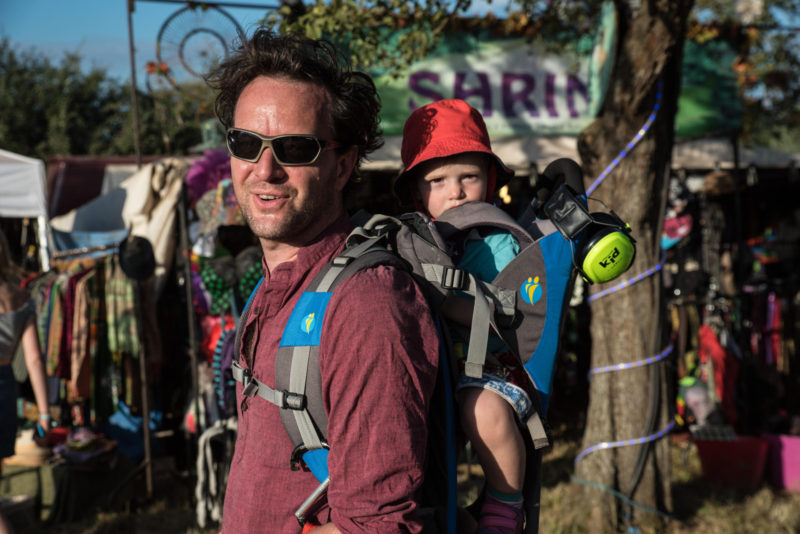 If you’re looking for a proper festival experience, on a manageable scale, I’d say you couldn’t do much better than Nozstock festival. It’s welcoming, friendly and lively, and no one laughed at fiancé’s hat. 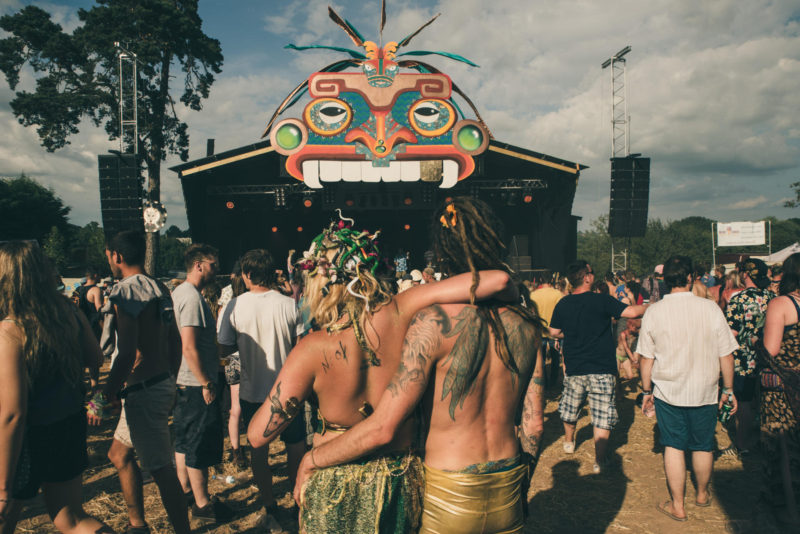 We were guests of Nozstock festival for the weekend, but all opinions are my own.