What would you do if you won the lottery? Don’t pretend you haven’t thought about – we all have haven’t we? It’s the sort of question Belle asks me a lot. She always wants to know specifics though.

‘What’s the first thing you’d do?’ she might ask.

‘No, I mean the first thing, what would you actually do? Where would you put the ticket? Could I order some Dance Moms dancewear?’
She also asks me things like ‘what would you do if a burglar came in right now – would you attack him?’ She is pretty demanding.

Anyway, what you do if you won the lottery? Would you invest it wisely, and keep up your day job? Travel the world like a rock star? I’d always thought I’d give up work, but I don’t think I could give up my blog. Instead, I think I’d spend loads of money making it EPIC. I’d have a cool Slummy single mummy office, full of funky stuff, and a team of staff, and brilliant designers, and make it the most amazing blog in the whole world, read by everyone.

Then ITV would get in touch, wanting me to take over This Morning from Holly Willoughby, and it would go from there really. Oh, and I’d probably buy some new shoes.

This is what my fantasy lottery Slummy single mummy headquarters would look like:

Today, I have a really interesting competition for you, which could potentially make you a millionaire! How cool would that be?! If nothing else, it will be a lot of fun, and who knows, you could end up with a win, even if it’s a small one.

Up for grabs today is the chance to win £100 credit at Lottoland to spend on lotto betting. Lotto betting is essentially getting the chance to play lotteries all around the world. Obviously, the rules mean that you can’t just enter them normally, so instead you bet on the outcome of the lottery. If that sounds a bit odd, it isn’t really – you basically get a line of numbers in the same way, and the prizes are the same, it’s just a different way of placing the bet. It means you have lots more chances to win big jackpots that you otherwise wouldn’t have access to. 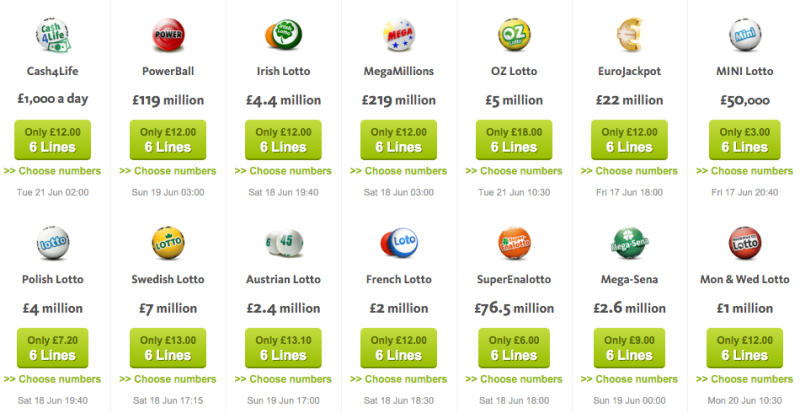 To enter, leave a comment on this blog, telling me one thing you would definitely do if you won the lottery. Register your comment in the Rafflecopter widget below, and you’ll then unlock some bonus entries. Do as many as you can to maximise your chances of winning.

Post in partnership with Lottoland. The competition will close at midnight on June 30th. UK entrants and over 18s only. A winner will be chosen at random and notified within 7 days. You will have 30 days to claim your prize. No cash alternatives, prize as stated. Competitions at ThePrizeFinder – See more at: http://www.theprizefinder.com/content/win-%C2%A3100-spend-lottery#sthash.hRaNJm5A.dpuf