I arrived at the Cary Arms in Devon at about 5pm on a Sunday evening and was shown up to my room. We walked through a door, and I could see a few different rooms leading off the hallway. ‘That’s odd,’ I thought to myself, ‘that the doors to the other bedrooms are open. Perhaps there’s just no one staying in them, and they like to show them off.’

I dropped by bags down on the floor of my bedroom, and opened the window. The view out to the sea was amazing. They don’t call The Cary Arms ‘the inn on the beach’ for nothing. It literally is.

I’m staying tonight at the Cary Arms on Babbacombe Beach and this is the rather scrumptious view from my bedroom window. I will be falling asleep tonight to the sound of the sea lapping at the pebble beach.

I also took a moment to admire the pillow treats. I like a treat at the best of times, but a stick of rock on your pillow when you’re by the sea? Such a clever idea! (Plus it meant I didn’t have to buy Belle a gift.)

Who wants a mint on your hotel pillow when you can have a stick of @CaryArms rock? Genius! pic.twitter.com/0iLDMnVpX0

The room thing was still bothering me though, so I tiptoed carefully out into the hall for a peek into the other rooms. One was a twin, all set up with a bucket and spade and everything. I went in for a nose, as there was clearly no one staying in it. I stole some mini packets of Haribo from a jar on the dresser, to eat as I explored. 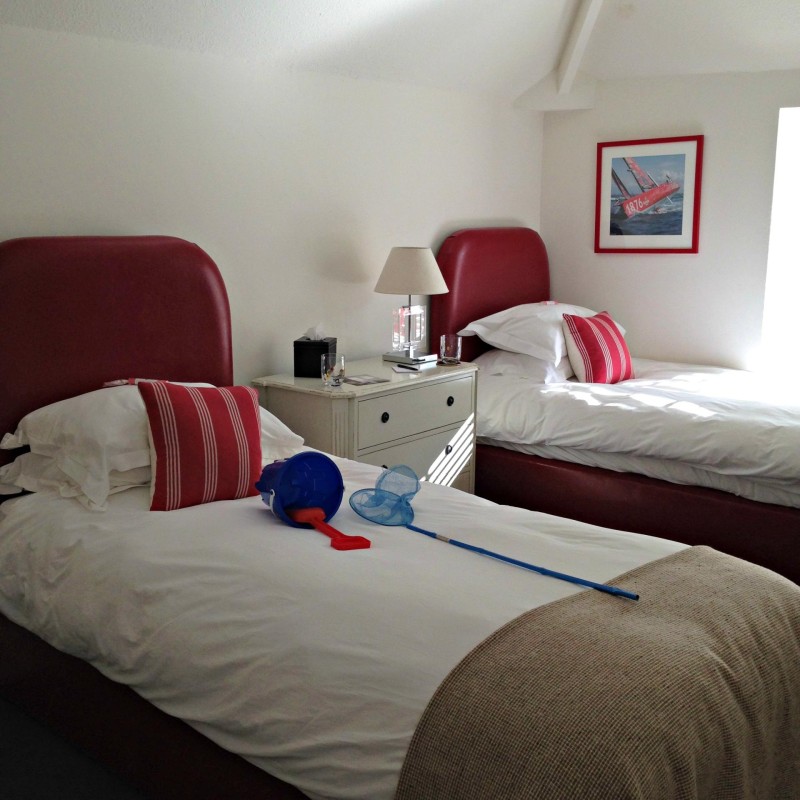 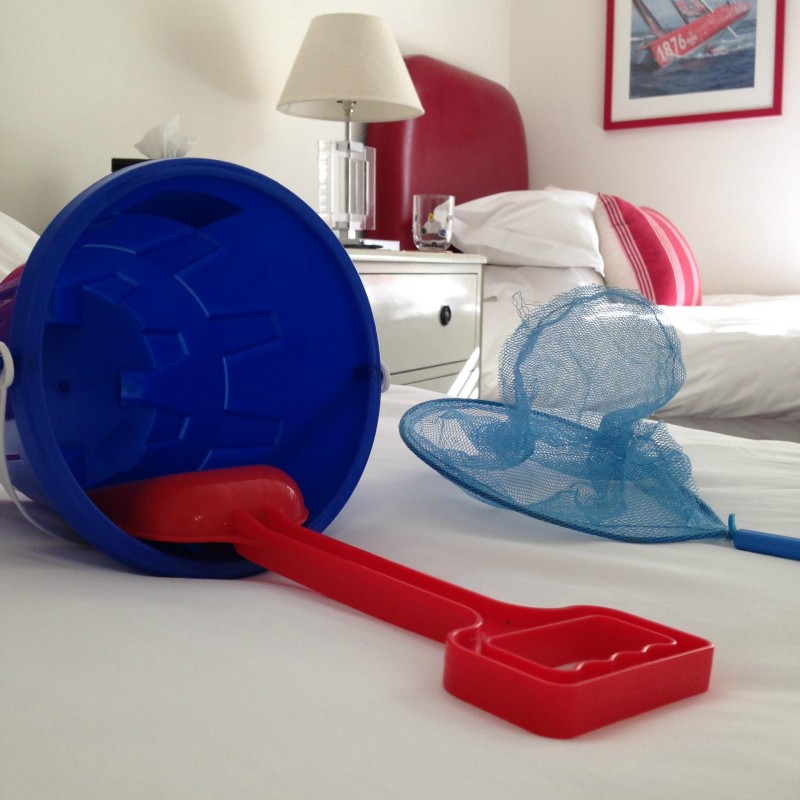 The other room was a bathroom. ‘That’s a bit strange,’ I thought, ‘I wonder if normally you have to share a bathroom with the bucket and spade room?’ 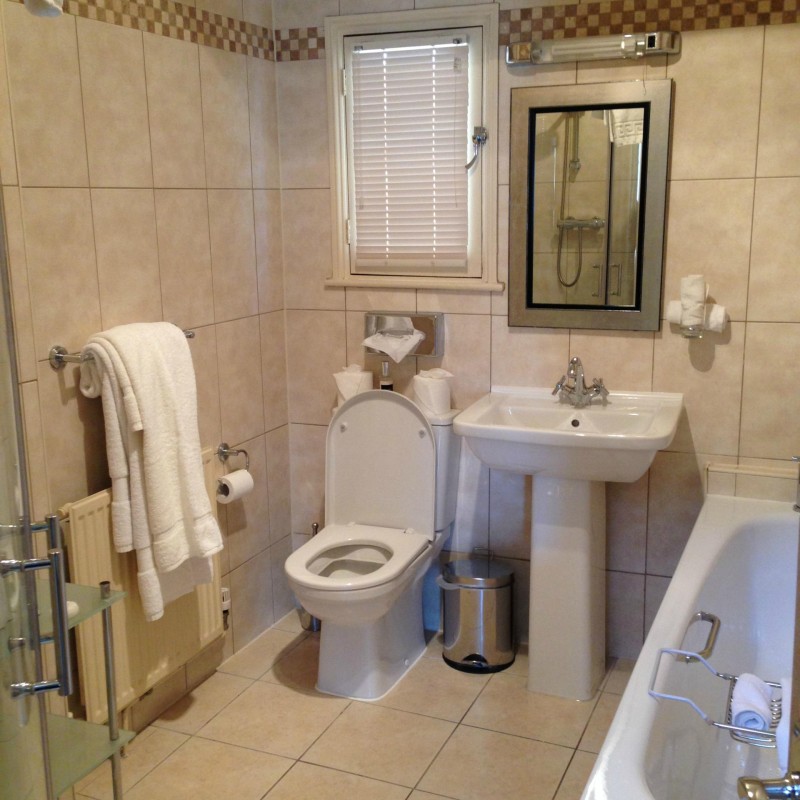 And then I noticed that in the hallway there were tea and coffee making facilities. Curiouser and curiouser. That’s not the sort of thing you normally get in a corridor, is it? And then the penny started to drop. 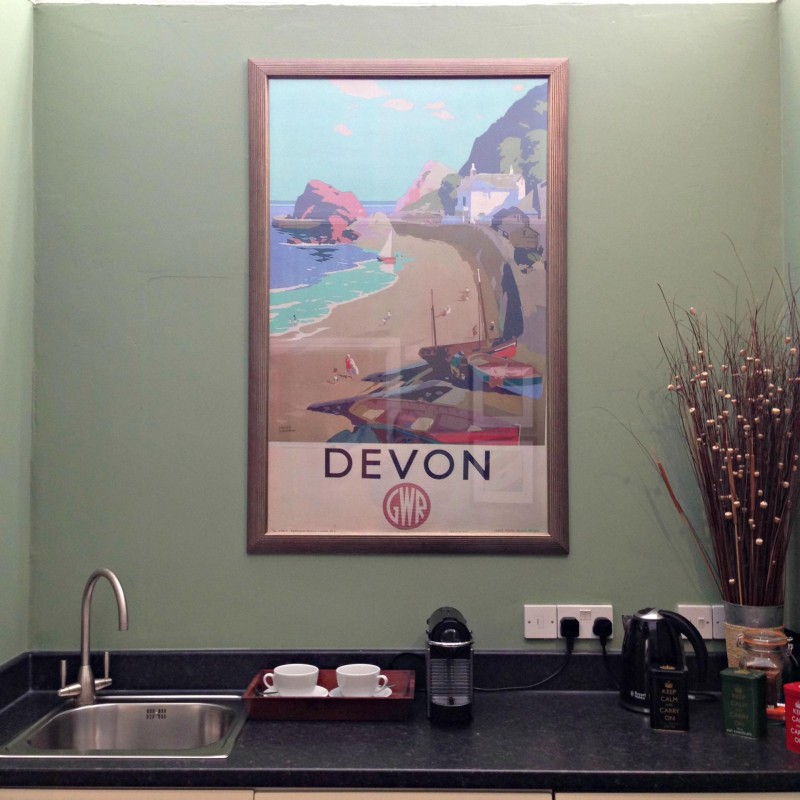 To confirm my theory, I fetched my room key, and tried it in the lock of the outer door – the one I thought was just bringing me into the corridor. I worked! The WHOLE THING was mine!

Luckily for me, no one saw me tiptoeing around my own suite like some sort of failed spy, and I’ll trust you not to tell anyone.

To get over the shock, I thought it best to help myself to a teeny glass of the sloe gin provided for me as a night cap. Sure, it’s wasn’t night time exactly, but hey ho, I was basically on holiday, so I think it’s fine. I sat out on my very own deck for a little while, sipping my gin, gazing out over the sea and Instagramming pictures to try to make everyone jealous. I could hear a family below me chatting to a seal. (There was an actual seal there, they weren’t just mad.) 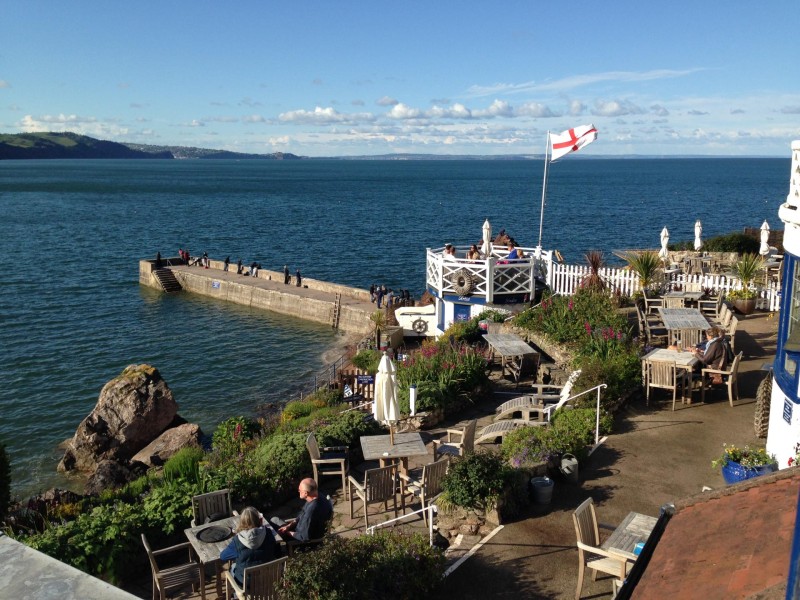 After an hour or so of chillaxing, I headed downstairs for dinner. I had heard good things about the food at The Cary Arms, and was in good spirits. (Only partly because of the gin). I was dining alone, but I’ve found, particularly as I get older, that there is something really quite fun about that. It feels almost like playing at being a proper grown up – you just choose whatever you fancy, and act sophisticated and important, and it’s all very lovely. You don’t have to bother to chat to anyone either, you can concentrate on eating and reading the paper, which is far easier.

The food, needless to say, was amazing – both at dinner and at breakfast the next morning. 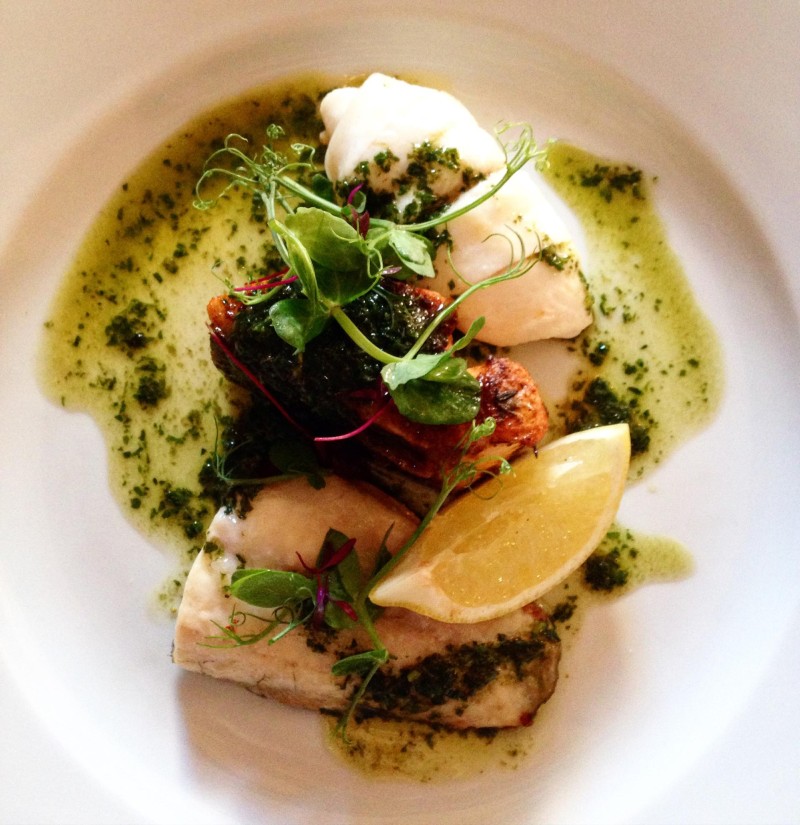 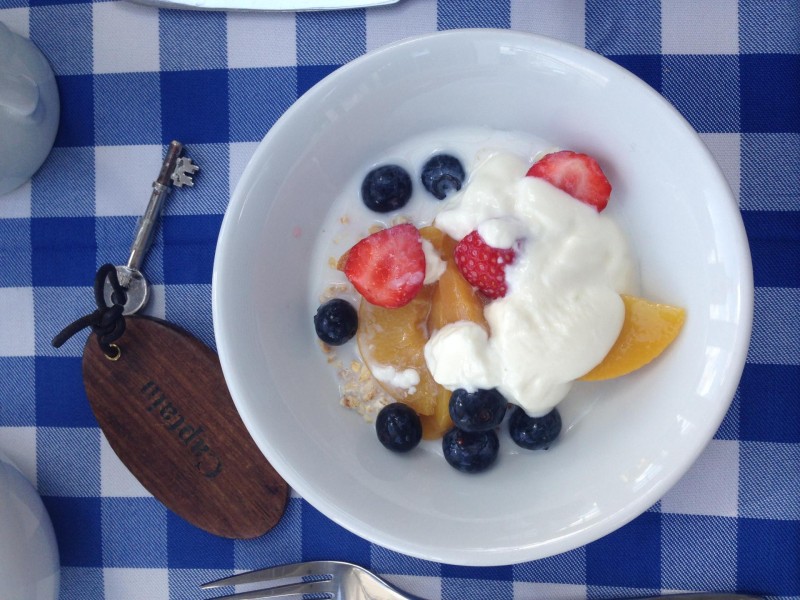 After breakfast, preceded by a fantastic night’s sleep, where I was woken by the sounds of the sea, I set off from The Cary Arms to explore the local area a bit. Seaside towns tend to be quite colourful, and I was keen to see what I could add to my Instagram door collection. I was not to be disappointed.

Because we have to hang on to the #wisteriahysteria for as long as we can don’t we? Here’s hoping your day blooms into a thing of beauty!

I also decided to pay a trip to the Babbacombe Model Village. It bills itself as ‘England’s largest model village’, which I found a bit baffling – surely that means it’s just a regular sized village, no?! I did feel like a bit of a loon visiting a seaside model village on my own on a Monday morning, and I’m not sure what the other visitors thought of me, but I’m so glad I went, as it is officially the best model village I have ever been to.

I don’t say that lightly, as I have been to a few, but this one was immense. In fact, it was so good, that I got my receipt endorsed, (you can go free for seven days if you have a photo take), and drove all the way back on the following Saturday to show Belle. THAT is how good it is.

Basically then, I had an amazing time, and would definitely recommend a stay at the Cary Arms.  The accommodation was fantastic, the staff friendly, the service outstanding – I really couldn’t fault anything about it. And the views! Man, they were good. In fact, I’m thinking of going back again, en famille, if only as an excuse for another trip to the model village.

Does the Cary Arms tickle your fancy? 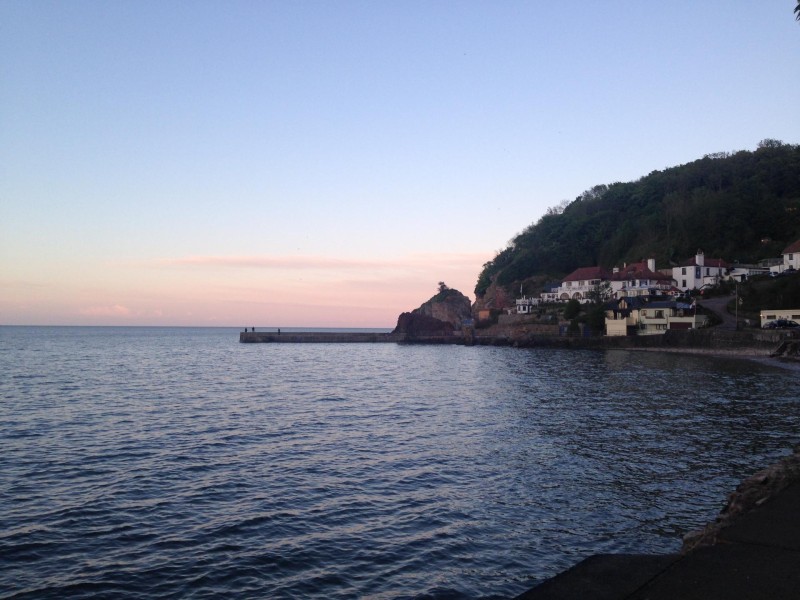 I was a guest for the night at the Cary Arms. All opinions are my own, I bought my own dinner and the model village didn’t even have to pay me to say they are ace.