Thinking about all the cars I’ve ever had (which must be in double figures by now), I don’t think I’ve ever owned a Volvo (and especially not a Volvo V40). I did have a rather natty 21-year-old Metro that I bought from eBay for £87, and named Little Mo, but never a Volvo.

In my mind, Volvos have always been the sort of car that your sensible middle-aged neighbour might have. That neighbour that cuts his grass religiously every Sunday afternoon and oils his hedge clippers regularly. You know, the sort of person who actually takes care of things, and is concerned about rust and safety and what not.

NEWSFLASH – the Volvo V40 is cool! 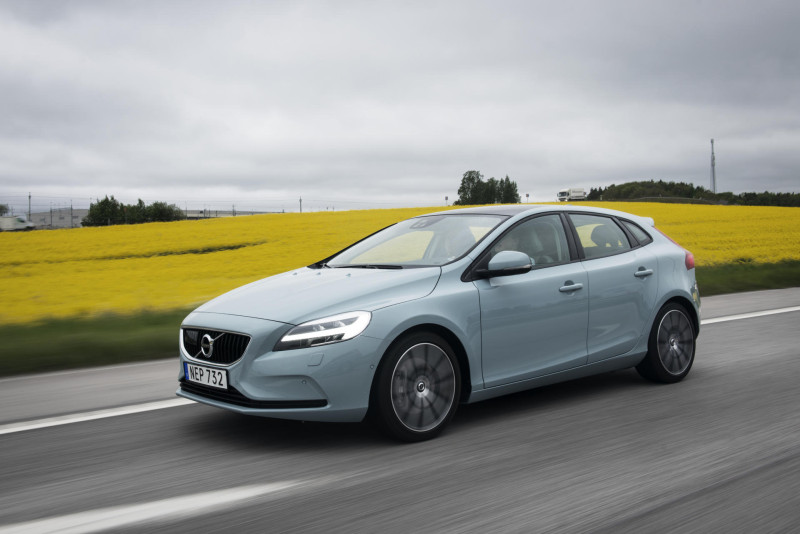 (That’s me in there, driving! It was rather disconcerting, as the photographer was hanging out of what looked like the driver’s window of another car.)

The Volvo V40 is definitely not your stereotypical box-shaped Volvo, with a tartan rug and pair of sturdy binoculars in the boot. Nope. The Volvo V40 is a cool, funky, hi-tech, girl about town sort of a car, with technology to match, as I discovered when I spent 24 hours in Stockholm, Sweden, reviewing the V40 by driving it around and testing out all of its super cool functionality.

(Can I just say – I was very brave indeed driving in Stockholm. It’s not easy to suddenly drive a brand new car – even a car as safe and cool as the Volvo V40 – around a large city, on the wrong side of the road, especially when a photographer is crouched in the passenger foot well and you are trying to look casual yet engaging at all times.) 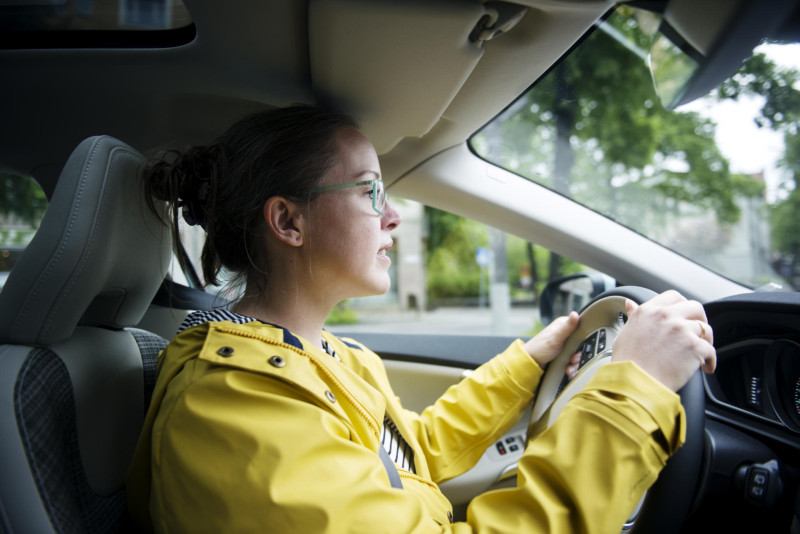 Why don’t we start by having a look at my video, and then I can tell you a bit more about some of the Volvo V40’s features? (Belle laughed quite a lot watching this, which I think was rather cruel. I was excited about the bunny.)

While reviewing the Volvo V40, I found that it had all the safe driving technology that you would expect from a Volvo, like cruise control, and the option to set a constant distance between you and the car in front. I found this a little bit scary at first, as approaching a car and not braking didn’t feel at all natural, but you soon get used to it. It was very reassuring to know that if I ever was distracted, by opening a packet of Swedish salted liquorice or something, that there would be no danger of me going into the back of anyone else’s car.

In fact, Volvo are so committed to safe driving and improving their safe-driving technology, that they have actually promised ‘deathproof’ cars by 2020. They’ve pledged that by 2020, no one will be killed or seriously injured in a new Volvo car or SUV. That’s a pretty big claim, but meeting some of the safe technology team from Volvo, it’s clearly something they feel very passionate about, and a target they feel confident about meeting.

Then there’s the Volvo On Call app, including the digital key. At first I was a bit ‘meh’ about this – sure, you can open the Volvo V40 with your phone, and so what? And then I started to think about the practical implications of this, and real life examples of how it might save you time. Martin, my Swedish Volvo man, gave me one for starters – ‘Say you’re at a theme park with your family’, he said, ‘and you have two cars with you, parked way off in the car park. One of the kids gets tired, and half of you decide to head home, and the other half want to stay longer. The child seat is in the wrong car though. Instead of all having to trail back to the car, the people going home just give you a call when they get to your car, you unlock it remotely, they get out what they need, and it’s done!’

Or perhaps you’re in work, and your son or daughter wants to borrow your Volvo V40. They don’t need to come and pick up the keys from you, or be able to get into the house to get them. You just have to set them up a time slot where they can access the car using their phone, and Bob’s your uncle! (If you have an uncle called Bob, he can use it too.)

Or you know, you’re just hanging out on top of a windy hill in Stockholm, admiring the view, and you fancy letting someone else into your safe, cool Volvo V40. It could happen.

It was when I started to think of situations like this, which I’m sure we can all imagine, that it starts to get interesting. 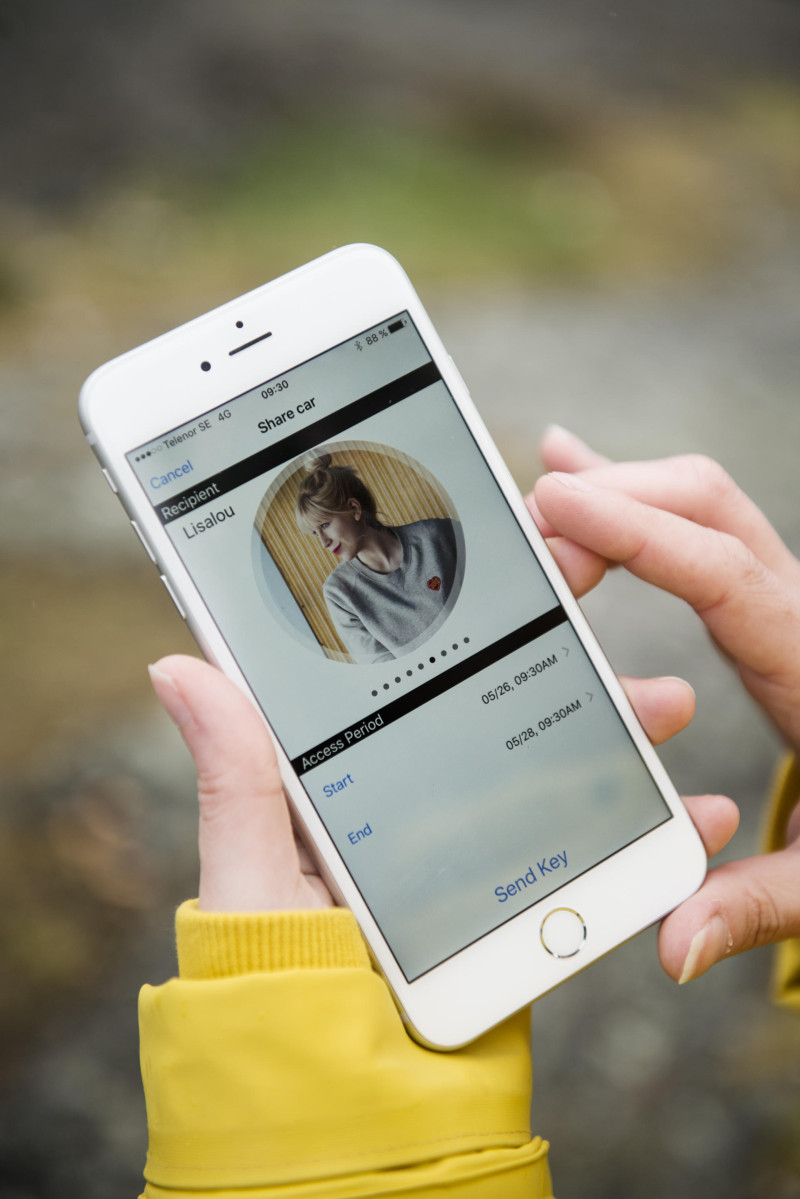 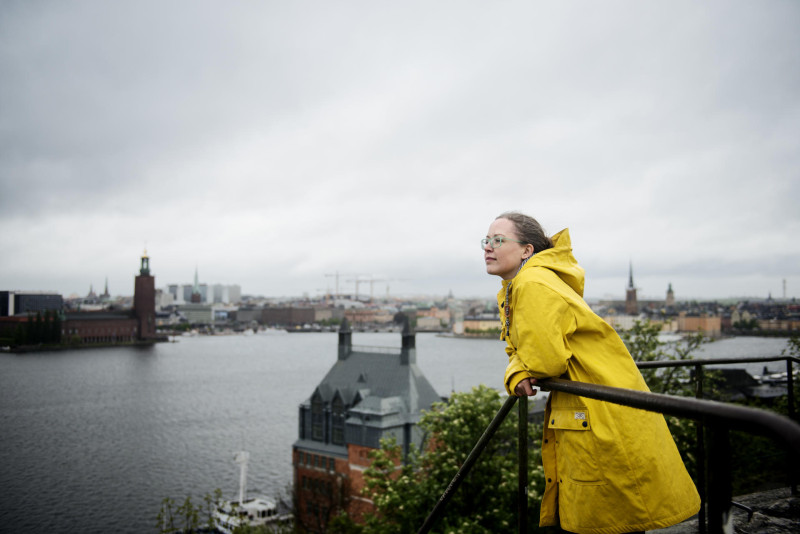 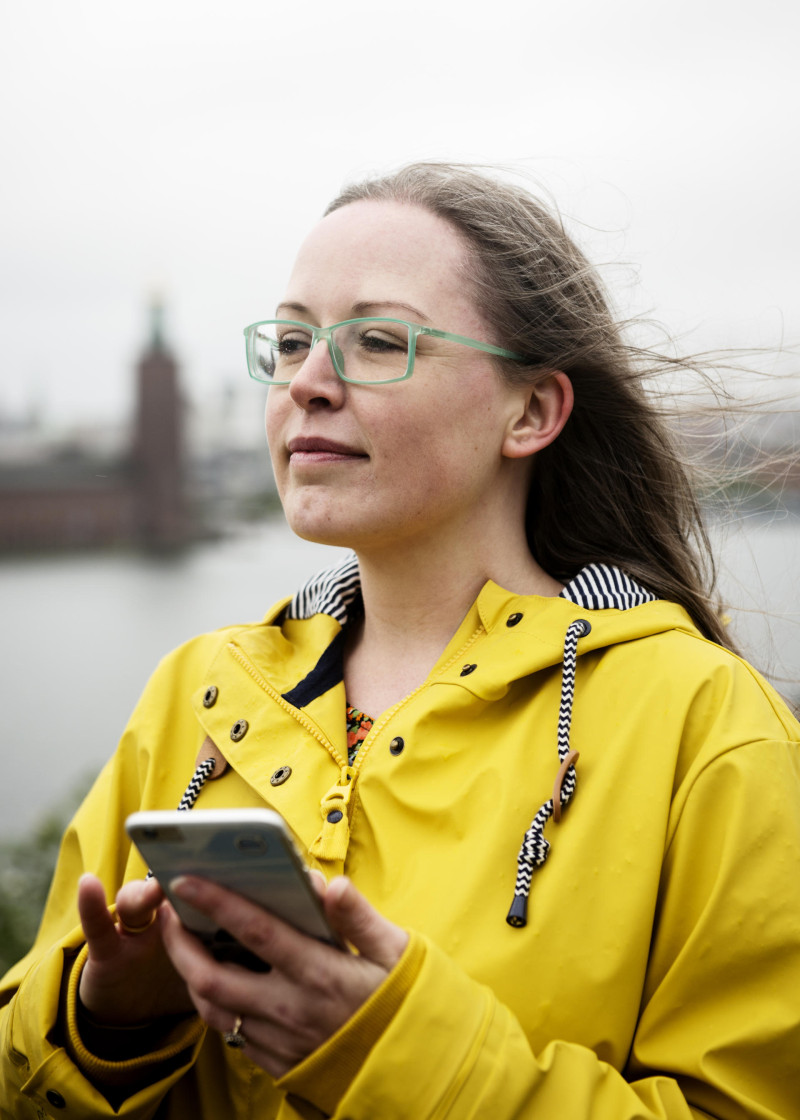 From the Volvo On Call app you can also do handy things like heat the car up before you get in it – so no more freezing early morning starts – and locate your V40 by beeping the horn and flashing the lights. Handy for someone like me, who tends to forget where I live, let alone where I’ve parked. 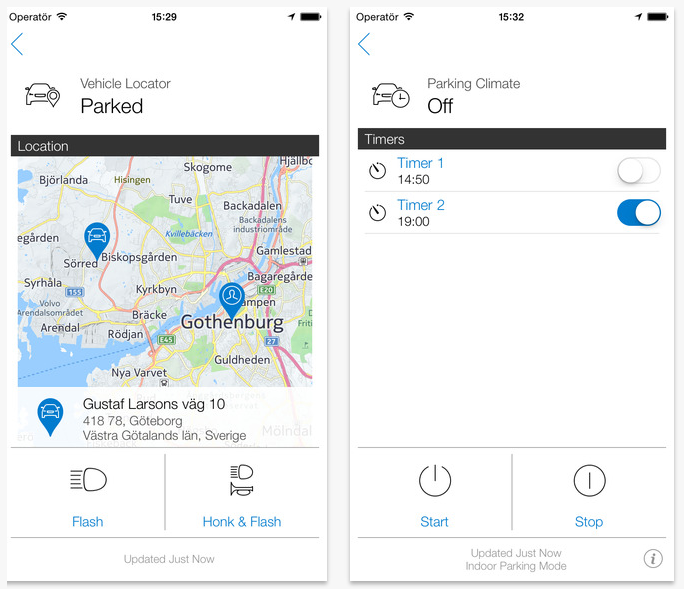 And then of course there’s the shopping side of things. As well as opening up the Volvo V40 for friends and family, you can order groceries and other shopping online, for delivery to the boot of your car within a matter of hours. This isn’t currently available in the UK, but will be soon, and just think of how much time it could save – you could be at work, feeling glum because you know that all you have at home is some out-of-date cheese, and instead of crying a bit inside, you just order food online, and have it there, in your boot of Volvo V40, waiting for you when you go home.

Martin told me that he did all of his family shopping like that, and told his wife that he went to the supermarket for extra brownie points. I’m not sure she’d be fooled, but you could definitely have a go at convincing your partner if you didn’t work for Volvo.

So here’s my question – if technology could help you do anything with your car, what would it do? What could your car help with that would make your life easier? 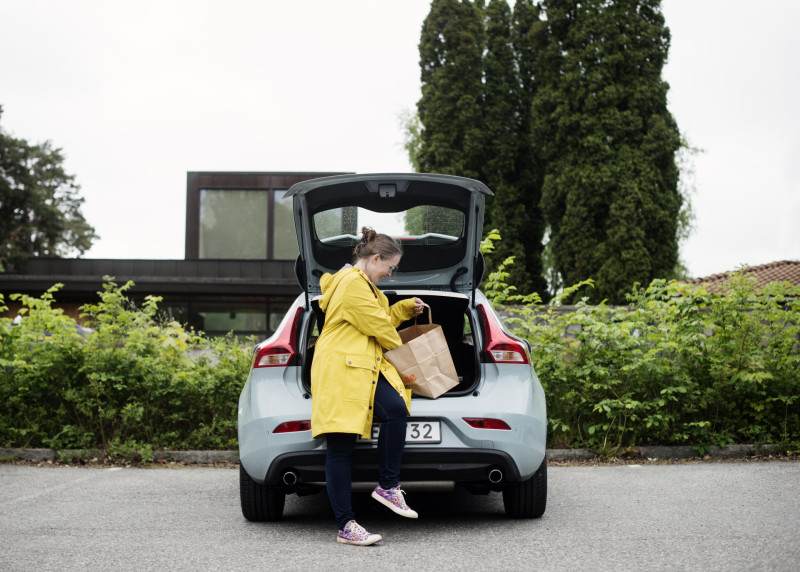 Photos – Margareta Bloom Sandebäck. I visited Stockholm as part of a project with Volvo. All opinions are my own.