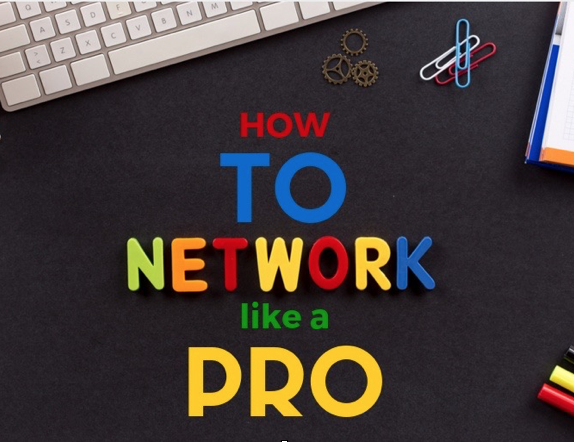 Have you ever been to a business networking event?

Ever been to one and wished you’d stayed at home?

Ever felt you really should go to one, but been too nervous?

If you answered yes to either of those last two questions, then you’re definitely not alone. Business networking can be a hugely valuable (and fun) way to make new contacts and grow your business, but if you’re new to it, it can also be a bit scary, especially if it’s one of those breakfast events where you’re required to chat intelligently at 7am at the same time as balancing your business cards in one hand and a chewy bacon bap in the other. (Who really wants to choke down a bacon bap that early in the morning? Not me.)

I can reassure you though that it does get better. There are two things you essentially need to do:

As part of my project with the Federation of Small Businesses, I went along to one of their local networking groups a couple of weeks ago, to find out more about the people there and to get some tips from them on how to make the most of networking. My local Somerset group is open to both FSB members and non-members and normally has around 20-30 people attend. The location varies, so as to make it as accessible as possible. It’s definitely worth checking out your local region to see what’s going on.

So, networking tips. I’m guessing that’s why you’re still reading? I went to a group a month or so ago actually where I picked up one very good tip – hold your drink in your left hand, so that when you go to shake someone’s hand, it’s not all clammy. (Someone said that in the introduction, I didn’t disgust someone with my horribly clammy hand or anything.)

At the local FSB networking group though, I picked up a few others for you:

“Always think about how you’re going to follow up with somebody,” said Ganine Doyle from Print Guy. “You can’t expect to do business with someone straight away – business networking is a long term thing – but you do need to have a plan to stay in touch with people.”

If you feel awkward getting in touch with someone after an event, or are worried about seeming pushy, lay the groundwork at the meeting by promising to get in touch with a useful piece of information or link that you’ve chatted about. This gives you a good reason to get their contact details and should provide an easy way to start further conversation. Plus, networking should first and foremost be able how you can help other people. It’s all about the business karma.

Becky Trout from children’s charity BIBIC told me that she thinks it’s really important to put in a little bit of thought before the event. “You don’t get the most out of networking unless you’re clear about what you want to achieve,” said Becky. “Having goals keeps you focussed, and gives you a sense of a job well done at the end of the session.”

If you’re new to networking, these goals can be simple ones to start with, such as aiming to talk to three new people, and to follow up with them afterwards. Having these goals in the back of your mind encourages you to be a bit more proactive, rather than standing in the corner by the coffees, waiting for someone to introduce themselves.

Meeting a lot of people all at once can be overwhelming at the best of times, and you’ll probably find you come away having forgotten plenty of names, faces and promises to get in touch. “Write a note on the back of each card,” suggests Jenny Thomas, from Performing Confidently, “with an interesting fact or prompt to help you remember who each person is and what you talked about. It really helps to have a little context to act as a reminder when you’re looking at your stack of cards the next day.”

If you like the sound of this idea, think about how you could create business cards that help the process. For example, you might want to think about having a photo of yourself somewhere on the card as a visual reminder for people. Think too about people like Jenny, and leave some space on your card for notes, and make it easy to scribble on – a gloss finish might look nice but is it practical?

I want to give a shout out to the speaker at my FSB networking event – Nina Goodwin from Cosmic. Often I go away from short presentations like this feeling a little deflated, not having particularly learnt anything new, but Nina’s talk was ACE. She talked us through a day in the life of her mobile phone in terms of all of the apps she regularly uses and it was really useful – definitely one of those lightbulb moments where you realise just how little you actually knew about something, and come away with lots of very practical advice.

My favourite new app is definitely Word Swag. As you will see if you follow me on Instagram, I am now spending quite a lot of time adding pretty text to pictures. Some people are just very easily amused…

Do you have any good business networking tips?

A photo posted by Josephine Middleton (@slummysinglemummy) on Apr 3, 2016 at 2:57am PDT

A photo posted by Josephine Middleton (@slummysinglemummy) on Apr 4, 2016 at 4:10am PDT