Here I am then, jumping on the Mother’s Day bandwagon.

I do write a parenting blog I guess, so it would be rude not to give at least a little nod to it. In fact, I have been doing quite a bit of Mother’s Day related work this week, including some radio appearances with Sizzling Pubs around their recent Mother’s Day survey.

The research found that what mums would most like for Mother’s Day is simply to have the whole family sat down around the table for a nice meal out. It doesn’t have to be fancy, and they don’t want expensive gifts, they just want that time together with the people they love.

Almost as nice as this note Belle once wrote to me, thanking me for her hair, which is odd really, as my hair gene is not the strongest. 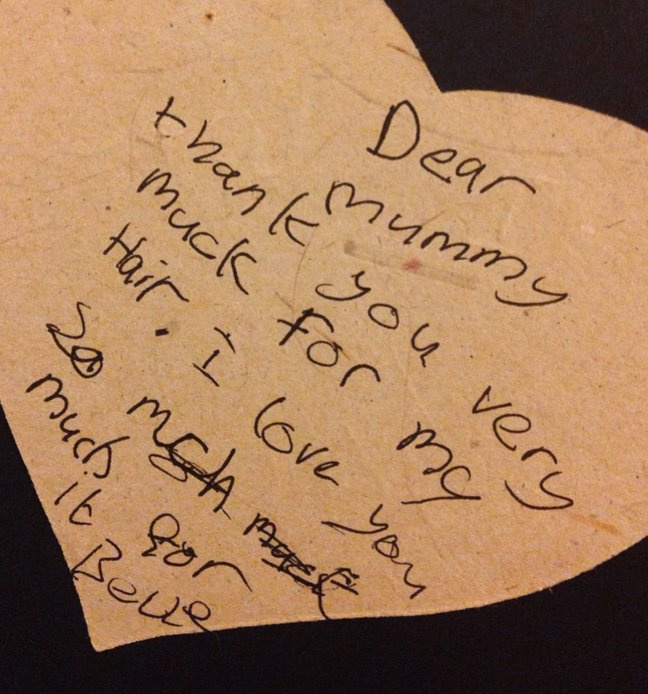 Sizzling Pubs also asked mums about some of the weirdest gifts they’ve ever received, and came up with a list of 30 items that were, quite frankly, just plain odd, including a fire extinguisher, ants, and a pack of four yogurts.

Curious as to what exactly us mums might be being presented with on Mother’s Day, I asked some friends and fellow bloggers about the worst gifts they’ve ever received. Answers are anonymous, to minimise the risk of divorce.

Can you do any better than this on the bad gift front? 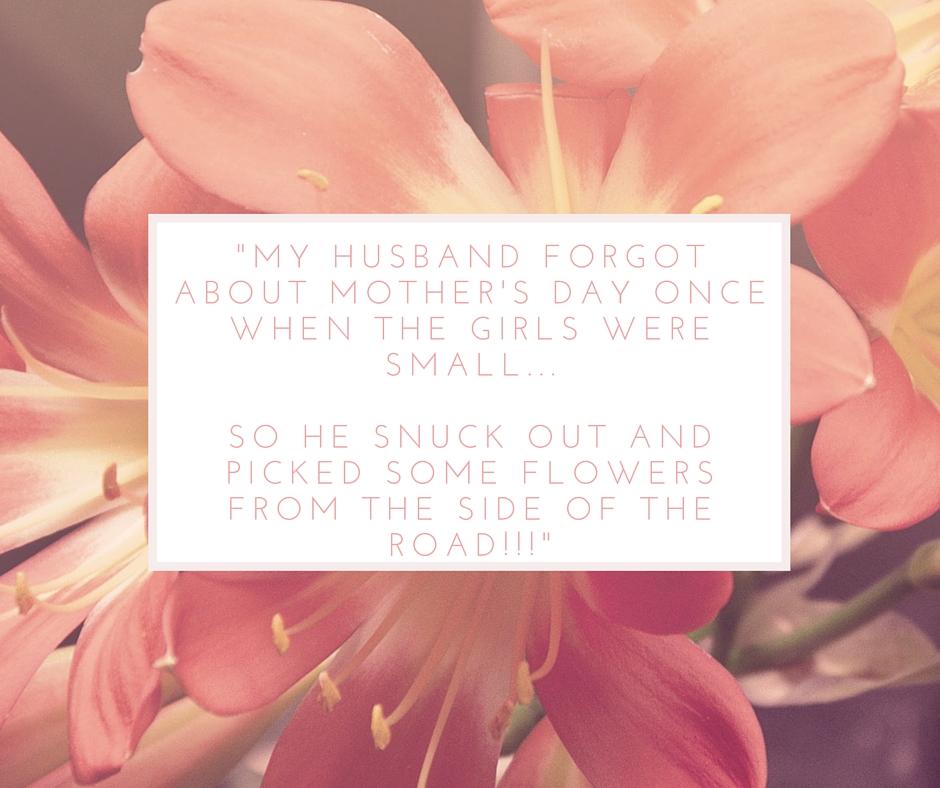 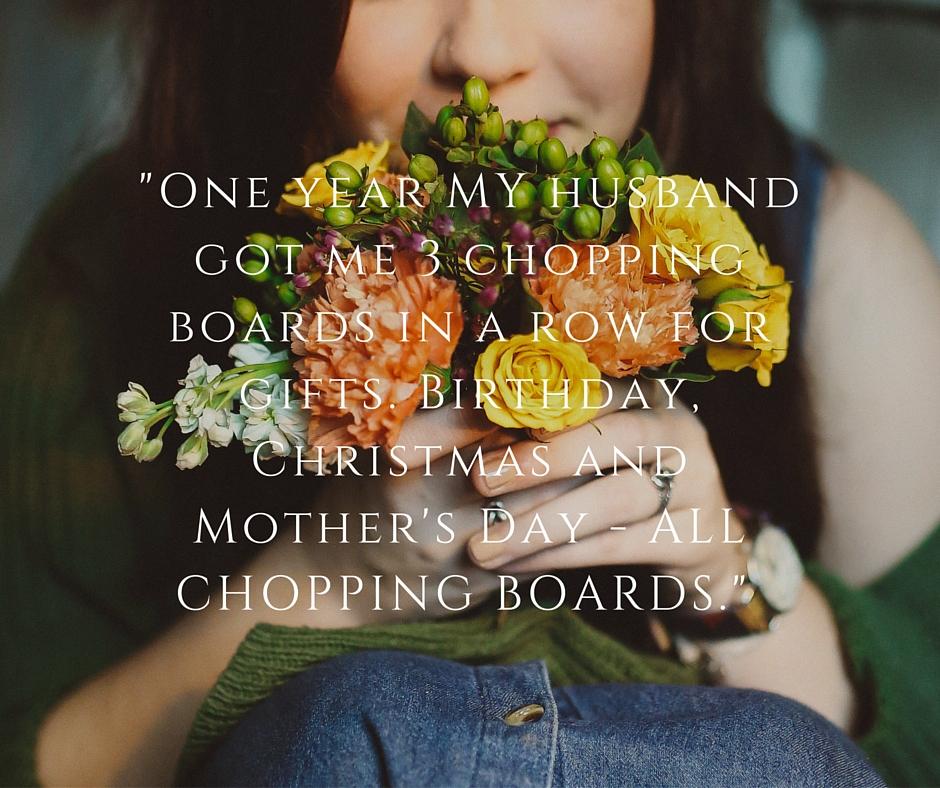 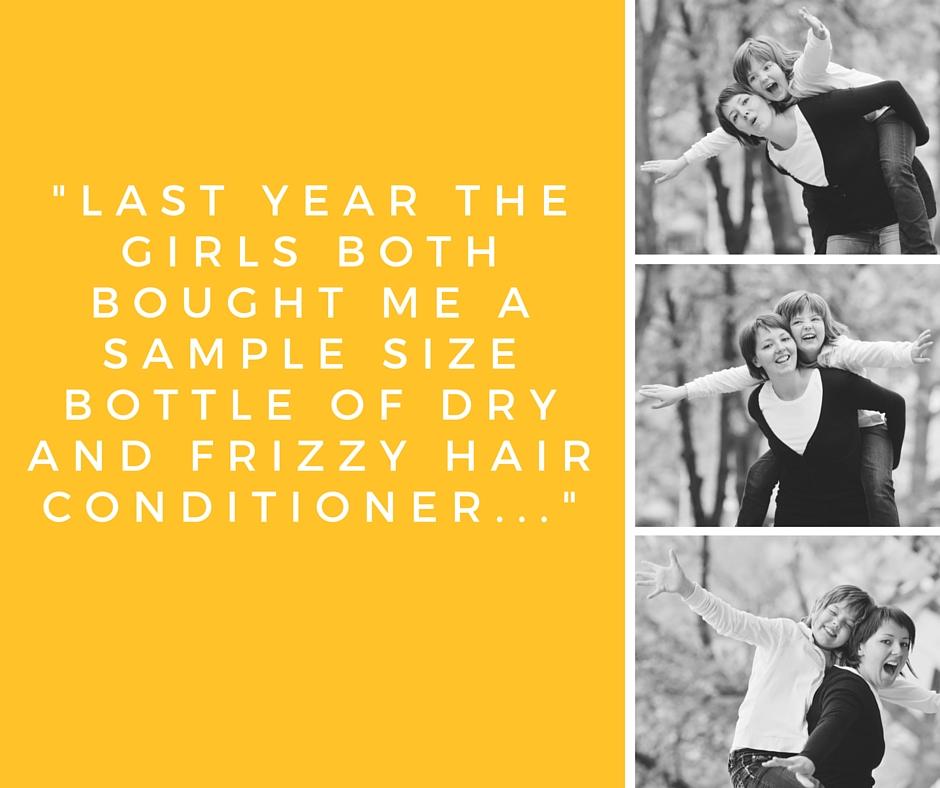 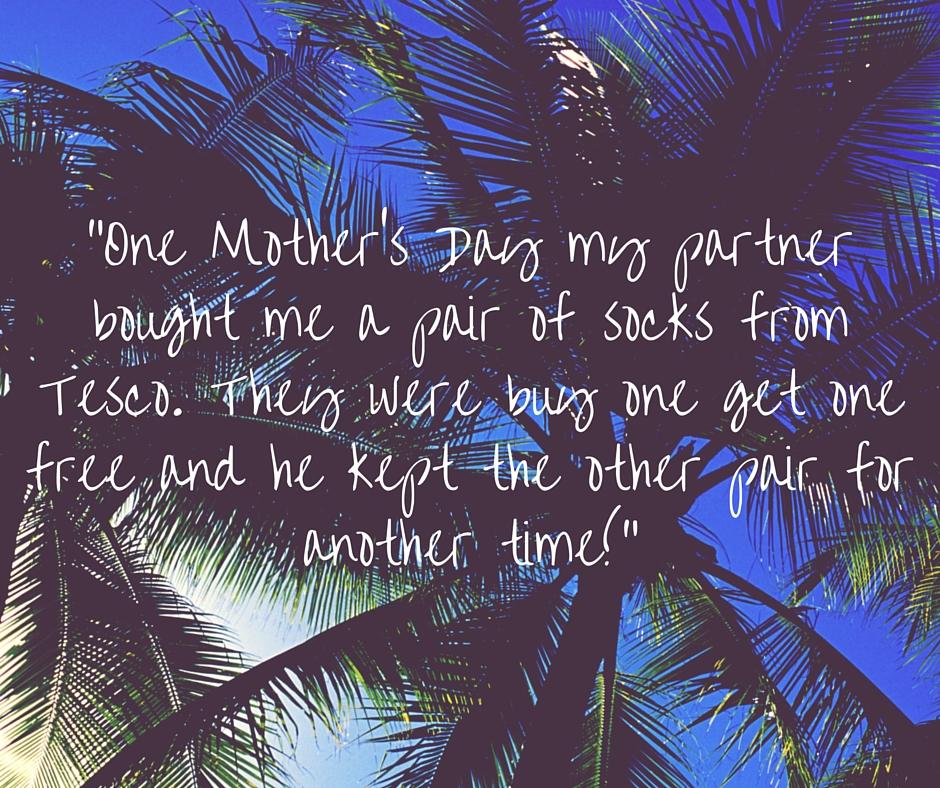 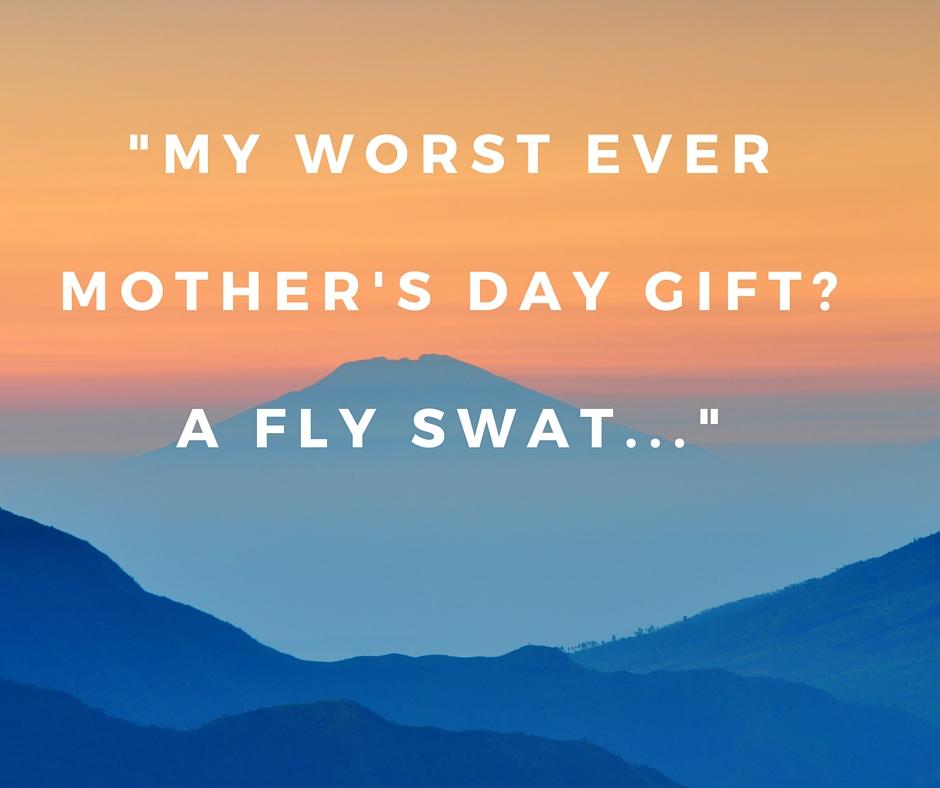 It doesn’t look promising does it? Although, in defence of children everywhere, a lot of the dodgy gifts do seem to have come via dads…

The research from Sizzling Pubs found that over 40% of mums have received a gift that secretly they thought was a bit crap, and that a large chunk of them, to add insult to injury, aren’t even getting a lie in!

Here are the results, so you can judge for yourself whether you need to up your game for your own mum this weekend. 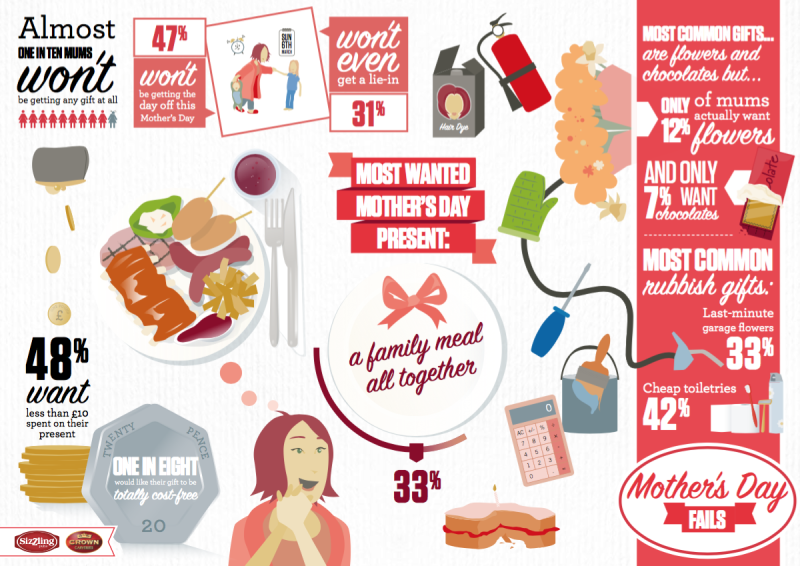 Get a free starter at Sizzling Pubs

Food at Sizzling Pubs is great value regardless, but you can make it extra special between now at March 20th by claiming your free starter alongside your main course. All you have to do is have this code ready to be scanned, either on paper or your phone. Easy peasy! Please feel free to share it with friends, and in the meantime, have a great Mother’s Day – hopefully without a chopping board or fire extinguisher in sight! 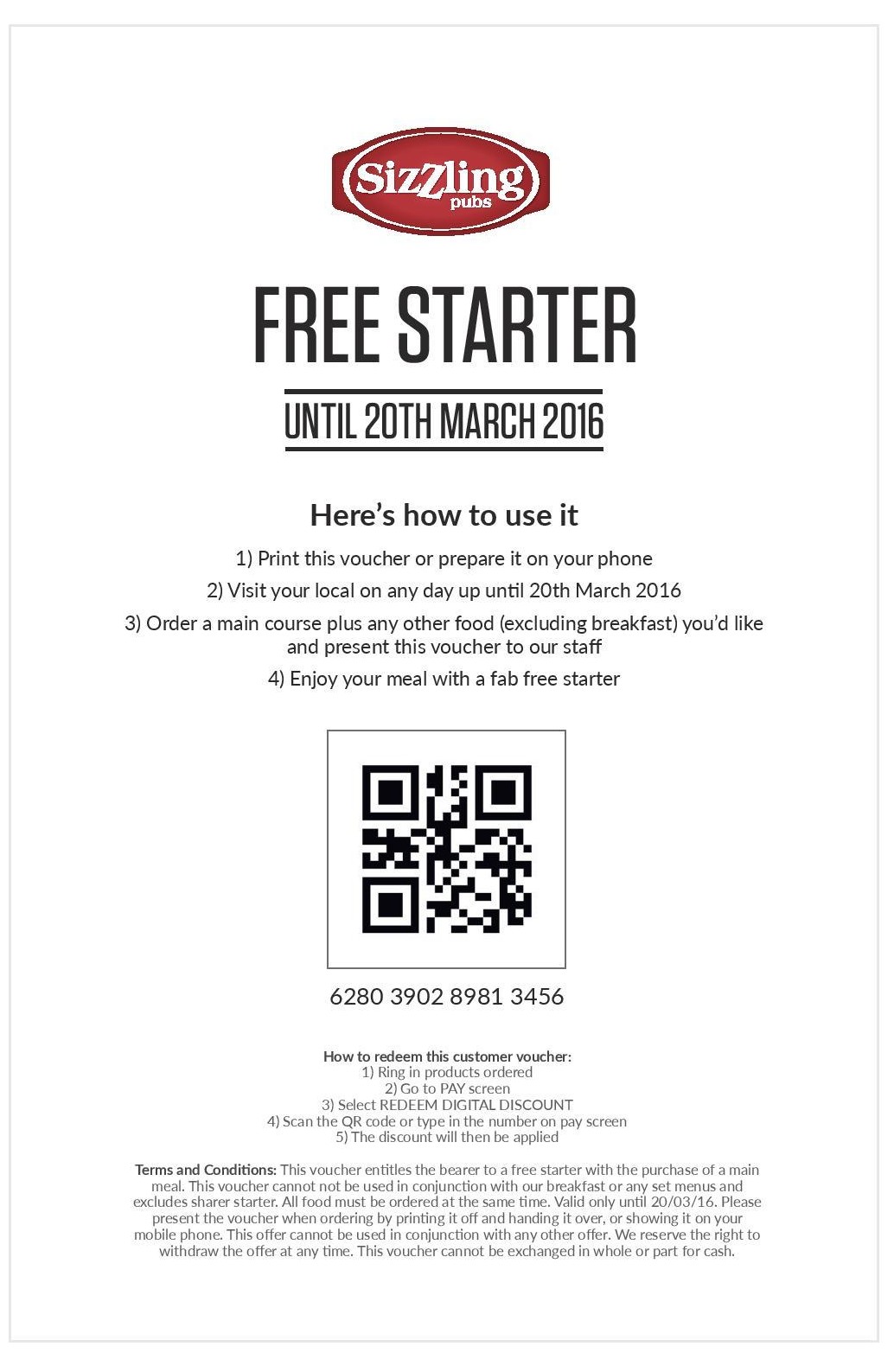