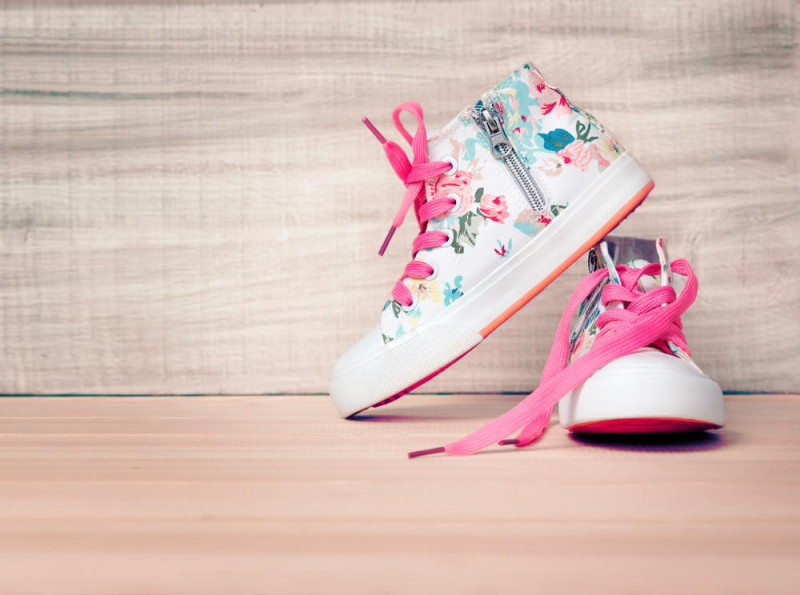 The other day we were in the living room, getting ready to go out. It was one of those annoying situations where you’ve told everybody you want to leave the house at 2pm sharp, and at 2.05pm your boyfriend says he just wants to clean his teeth and your teenage daughter is stomping about, looking like leaving the house with you is really the very last thing she wants to do in the WHOLE WIDE WORLD.(Interestingly, I have spoken to Belle about this and she assures me that even during the moments when she’s looking at me with eyes that say ‘I want to stab you with a fork’, she really doesn’t dislike me at all.)Belle was putting her shoes on. I was watching in that irritating way that mums do when they want to make a point about being in a rush. The shoes she was putting on had laces, and as I watched I realised she was tying said laces in no way I had ever seen before.“What are you doing?” I asked, bemused.“Tying my shoe laces,” she said. Shooting me a look that made it very clear she thought I was the stupidest person she had ever met. (But presumably didn’t mean that at all really. See brackets above.)“But what are you doing?”, I said again. “That’s not how you tie shoe laces!”“What are you talking about?” said Belle. “That is how you tie shoe laces.”

“It’s really not,” I said. “When you tie a shoe lace you make a loop, like a tree, and the bunny runs around the tree and pokes his head through the hole…” I trailed off, realising I was probably lacking gravitas.

“Er, no,” said Belle, “you make two loops and then just tie them together in a knot like this,” and she demonstrated, making two loops instead of one, and then tying a knot.

“But how do you get them undone?” I asked.

“You just pull an end,” she said, pulling one. The bow fell apart like normal.

I had to admit that it was a pretty cool way to do it, and in fact it seemed much simpler than my bunny around a tree method, but I had literally never seen anyone do it before. How had she learnt it?! And why wasn’t everyone taught that way?

Had I really never taught my own daughter how to tie shoelaces? And if I haven’t done that properly, what other crucial wisdom might I have forgotten to impart? What if one day, when she’s a grown up, I discover that she’s been trying to start a family by leaving crusts outside the back door for a stork?

There really should be some sort of checklist for this sort of thing.