There is one household task that I feel, more than any other household task, defines your attitude to housework. It’s the one thing that you could take in isolation and declare, confidently, whether or not someone was a proper grown-up or a true slummy mummy.

Laundry is definitely not my thing.

Of all the household chores, I don’t actually mind doing it, but I am not good at it.

Essentially, I’m just too lazy. I simply cannot be bothered to sort through piles of washing, looking at labels, separating colours, changing temperatures… Seriously, who has time for that? I mean sure, it does sometimes end in unfortunate incidents like the one recently, where I accidentally washed and tumble dried some of fiancé’s very expensive suit trousers, but I’m sure he knows really that my heart was in the right place.*

The fact is that sorting dirty washing is boring. Washing labels are boring. Perhaps I would be more inclined to read them if they had cute little pictures of squirrels on them, holding up temperate signs? Perhaps.

It was at roughly this point in the train of thought that Super Savvy Me decided to embark on a little project to liven up washing symbols. They enlisted the help of a few bloggers, and their children, to come up with some more exciting and imaginative variations on washing symbols. They’ve added these to their guide to understanding washing symbols, and I’m going to tell you about Belle’s here.

When I first mentioned the project to Belle, she looked a little bemused as to what a washing symbol actually was. Not a great reflection on my parenting. (I do however take comfort in the fact that when Bee went off to university, she was the only person in her flat of eight who knew how to use a washing machine.)

Once she had got her head around the idea that washing machines do actually have more that one setting, her first thought was to create some sort of symbol that meant that only parents were allowed to wash clothes. I nipped that one in the bud obviously. We then started to think about the common issues associated with laundry, and an idea began to take shape… 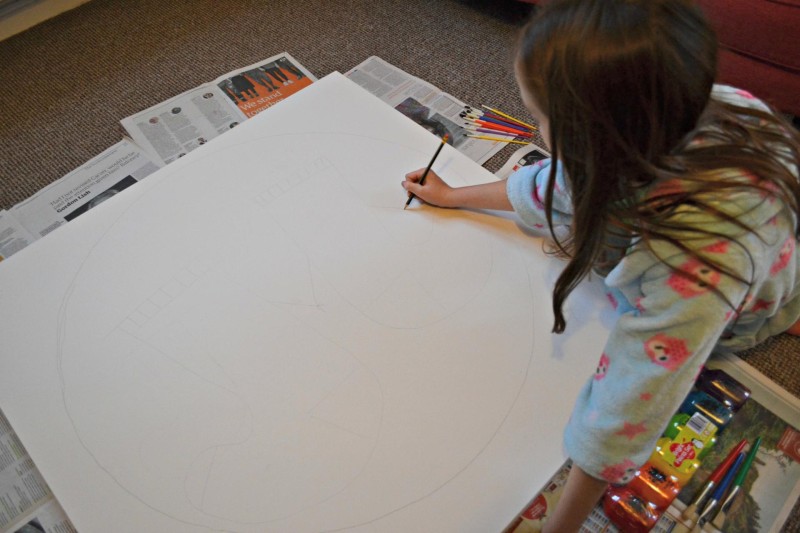 We did a clever thing with a piece of string to draw a circle, and I sketched a pair of socks for Belle to paint.

Do you ever have trouble with your socks in the washing machine? It’s a common problem – you put in 10 pairs, 13 totally odd socks come out? So we thought, perhaps it’s not us that need washing instructions, perhaps it’s the socks! 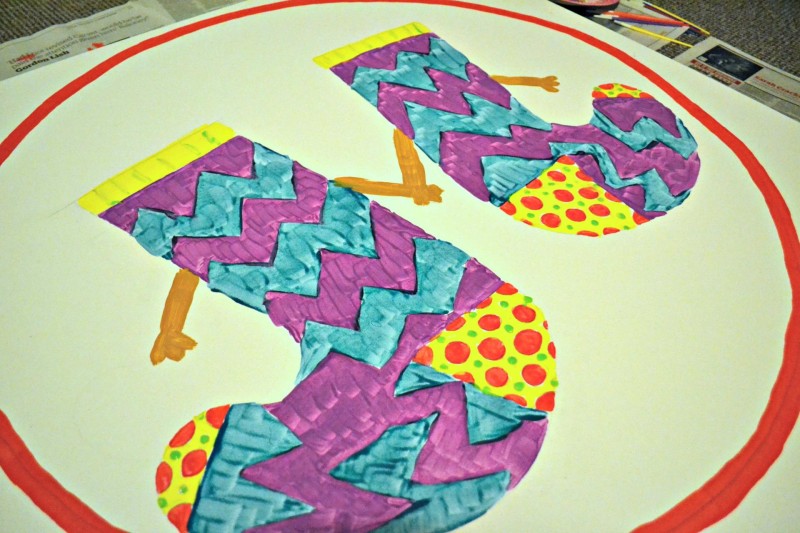 After Belle had finished painting her socks to look like pepperoni pizzas, we stood the picture up against the wall while we cleared up the newspaper. At this point we had a slight issue with some runny paint, but hey, that’s laundry for your right?! Colours run! (At least they do when I do the washing.)

The socks then just needed eyes, so they could watch out for their buddies, and an instruction:

‘Don’t forget your sock buddy when you wash!’ 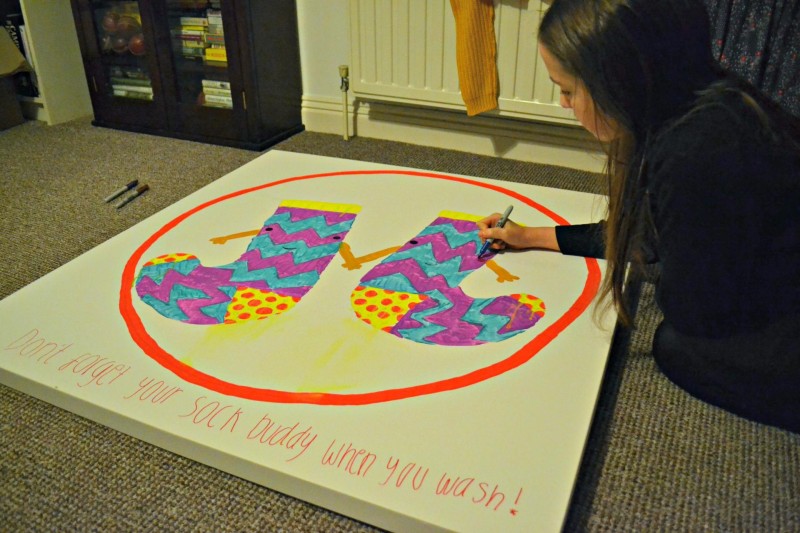 How are you when it comes to laundry? Are you a symbol nazi or, like me, a ‘bung it all in at 4o degrees’ type of person? 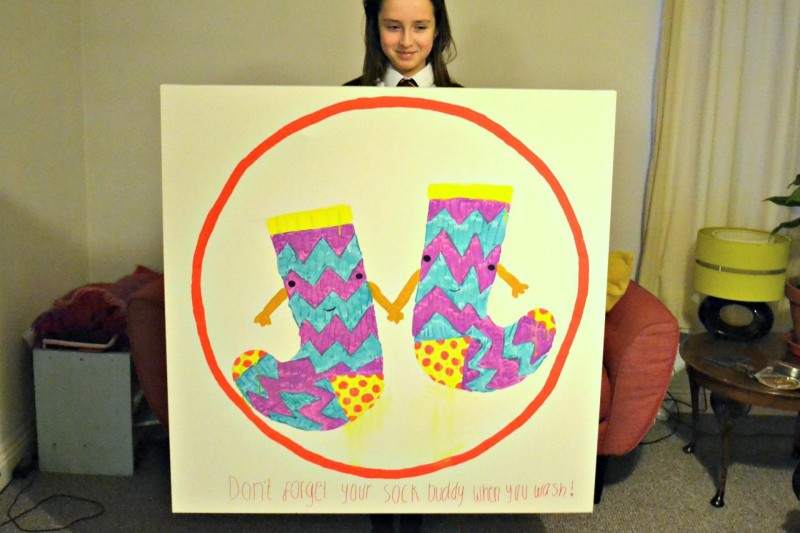 *Wishful thinking, I’m sure. He has an annoyingly accurate memory, so I am picturing the day, just under five years from now, where he says ‘five years ago today you were tumble drying those incredibly expensive favourite trousers of mine’…

**And by proud, I mean awkward and embarrassed.