Written by my fiancé, because he knows more about drinking than me. 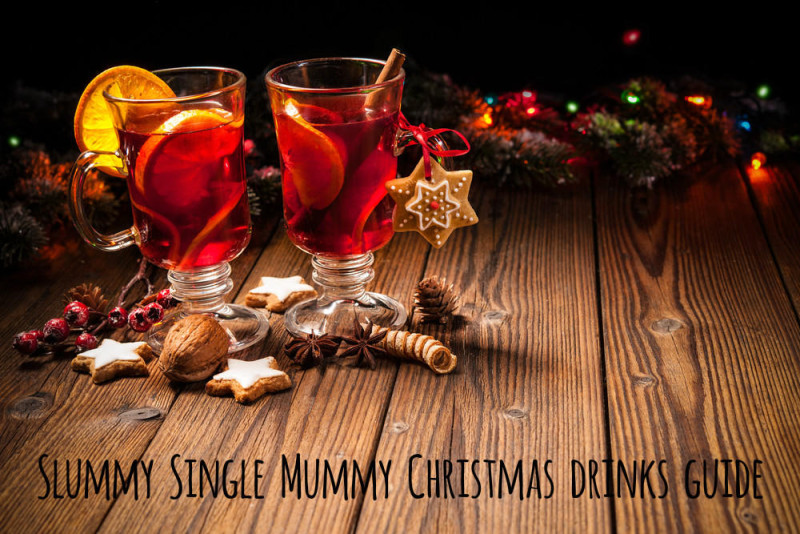 In 2013, Travelodge quizzed 2,500 adults about their Christmas drinking habits. Their survey established that on average, adults start drinking at 09:05 on Christmas morning. Really?? Certainly not in our house. Okay, there might be a bucks fizz with breakfast, but then that’s it until preprandial drinks. Choosing something new or slightly off the beaten track is a great way to make your celebration all the more special. I’ve hunted high and low, all in the name of research to share some lovely drinks for Christmas 2015.

Christmas beer is a tricky one. I’m a strong believer in supporting local breweries rather than mass produced beer that tastes like water. My choice this year comes from The Purple Moose Brewery in North Wales. Their festive beer, Merry X-Moose, is a liquid Christmas in a glass. Brewed only at Christmastime, using darker malts and aromatic hops, it punches a full flavour and is a wonderfully rich ruby colour. At 5.0% it’s perfect as a festive drop and works equally well with food or on its own. It might also be worth persuading your children to leave this out to wet Santa’s whistle on Christmas Eve. I’m not advocating driving a sleigh whilst under the influence, but Santa will be grateful. You should also try Purple Moose’s Darkside of the Moose, which took a handful of gongs in the CAMRA Champion Winter Beer of Britian awards. 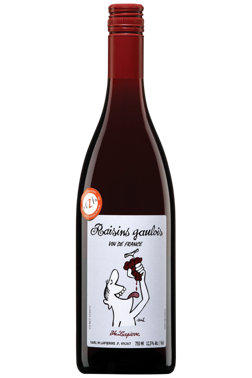 When it comes to wine for your Christmas meal, I’m a big fan of light red wines. There is so much rich flavour on the table that it’s important to choose a wine that won’t compete for your attention and leave your stomach feeling like two heavy weigh boxers are doing a full ten rounds inside you. For something fun, try Domaine Marcel Lapierre Raisins Gaulois 2014. The Lapierre vineyard was a pioneer of natural wines and continues the same philosophy today, delivering wines with as little human intervention as possible. Wonderfully fruity with little or no sulphur and only local yeast, this is beautifully thirst-quenching and refreshing and is easy to glug.

If you’ve a little more of a budget, I wholeheartedly recommend the 2009 Savigny les Beaune Hauts Jarrons 1er Cru, Domaine de Bellene, which is available from Berry Bros and Rudd. It’s the perfect partner of turkey, with a nose of dark berries and chocolate. That sounds like it might be heavy, but the vineyard’s stony, hillside location keeps the wine nice and balanced. Decant it and enjoy the Christmas drink of Kings.

Don’t ever be intimidated by the thought of shopping for wine at Berry Brothers. Their staff are accommodating, friendly and helpful and will help you choose wine no matter what your budget or knowledge level.

If you’re looking for something a little stronger as a gift but want to stay clear of the usual bottle of gin or whisky, then why not try The Wonder Pear Dessert wine. It’s a beautifully smooth drop that has featured on many Michelin starred restaurant’s wine lists. It’s a natural match for chocolate desserts, blue cheeses and as the perfect pairring (or should that be pearing) with Christmas Pudding, you could have a good excuse to try it as soon as it’s been opened! It’s a drink full of wonder but it also takes its name from a massive landslip that took place on the Marcle Ridge (near to our orchard) over three days in 1575. Would you believe it the resulting topography became a tourist attraction in Victorian times. 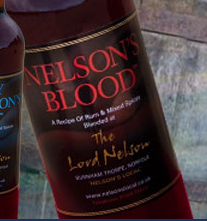 If pears aren’t your thing, then try Nelson’s Blood. Everyone likes a drink with a story, and this is as good as it gets. Visit the village of Burham Thope in Norfolk and you’ll find a pub called the Lord Nelson. There’s nothing new there, but in fact Nelson spent five years living in the village, and a good amount of time in the pub, (you can still sit in the chair he used to sit in), which was then called The Plough.

In fact, The Plough was the first pub in the country to change its name to The Lord Nelson – a good fact for you pub quiz fans. Anyway, Nelson requested that when de died he didn’t want to be buried at sea but at Burnhan Thorpe, or, should the King decide, in St Paul’s Cathedral (the cathedral crypt won). To bring his body back from Trafalgar, it was put in a barrel and covered in rum. However, after a few days the barrel was found to be almost empty as the sailors had been taking a nip of ‘Nelson’s Blood’ to bring them luck. This blend of rum and spices is made to commemorate that act. Nelson’s Blood is a warming drink with some bite and is best drunk on its own. 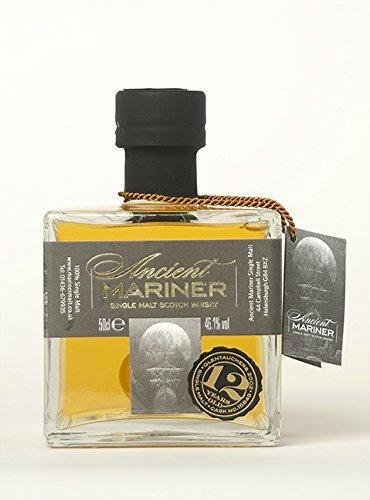 I have a funny relationship with whisky. It’s one of those things that to be quite honest, I didn’t like for a long time. I have many friends who are conisors of single malt, but secretly I always preferred a blend. It’s smoother, and doesn’t leave me waking up feeling like I’ve slept with my head in a wood fire. I kept this quiet until I saw a programme on Windsor Castle where it was revealed that HRH The Duke of Edinburgh’s favourite tipple is Famous Grouse. From there on in I’ve unashamedly drunk the stuff, recounting this story everytime someone turns up their nose at me.

All that changed recently when I tried Ancient Mariner Whisky. A single cask 12 year old non-chill filtered single malt from the Glentauchers Distillery in Speyside, this is a wonderfully smooth whisky, packed with flavours of honey and ginger, and is perfect for a Christmas fireside dram. I can’t recommend it highly enough, but hurry, as stocks are running low. To purchase,  contact Enhance Spirits and Liqueurs – 01458 250564