A couple of weekends ago we spent the weekend at Trelawne Manor Holiday Park in Cornwall – read about our holiday there here. While we were there, we did as we always do, and checked the local area for National Trust places to visit. We stumbled upon the Cotehele Estate having a ‘behind the scenes’ day, and it sparked some musings about the National Trust from my fiancé. Please make him welcome, and share your own National Trust experiences. 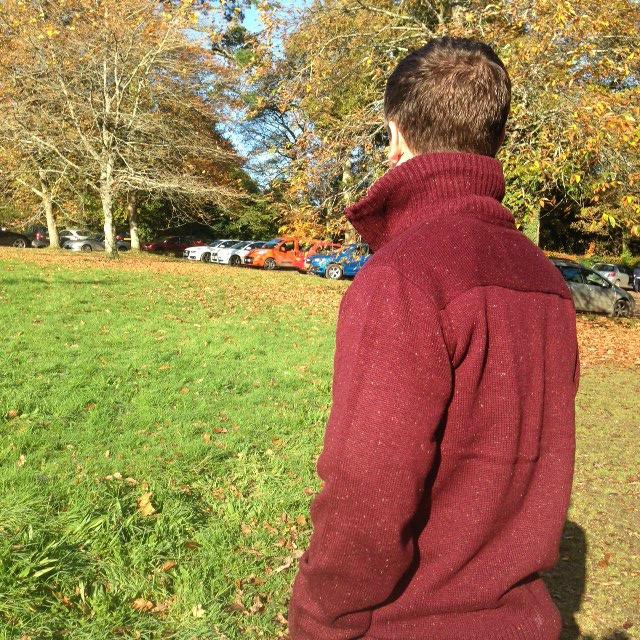 If ever there was an organisation that deserves a jolly good pat on the back at the moment, it’s The National Trust.  They’re just so life-affirmingly interesting and wonderful, and so far from what they were 30 years ago.

When I was a child, we’d go to National Trust properties on days out or when rain was ruining our holidays, which was rather a lot.  Back then, the most children had to look forward to was an adventure playground, and even then the word ‘adventure’ was used in its loosest possible definition – most probably your only adventure was avoiding a puddle of muddy water at the bottom of a disappointingly short slide.

As a family, we’d walk into a room of whichever National Trust castle or stately home we were in, waking the octogenarian guide from the coma-like nap they were enjoying on the one chair in the room anyone was allowed to sit on.  Said ambassador for the Trust would leap to their feet just as fast as their arthritic hip would allow.  Their sole responsibility was then to make you feel as unwelcome and uncomfortable as possible until danger past and you left the room to be passed on to the next guide.  Back then, I didn’t know there was a word for it, but young people were either patronised or ignored by guides, who were from a generation when children most definitely should be seen and not heard.  Preferably they should also be stuffed and mounted, or better still, anywhere other than in a National Trust Property.

Thankfully, all that has changed, and in the last decade the National Trust has become something that quite frankly, I love.  Over the course of the last 10 months we’ve visited a fair few National Trust properties, and each of them has had fun, hands-on activities for children and the guides have been as interested (if not more) in Belle as they have in us.  As a musician, I’m also pleased that signs on keyboard instruments that once said ‘Do Not Touch’ have been replaced with ‘If you would like to play this instrument, please ask’. 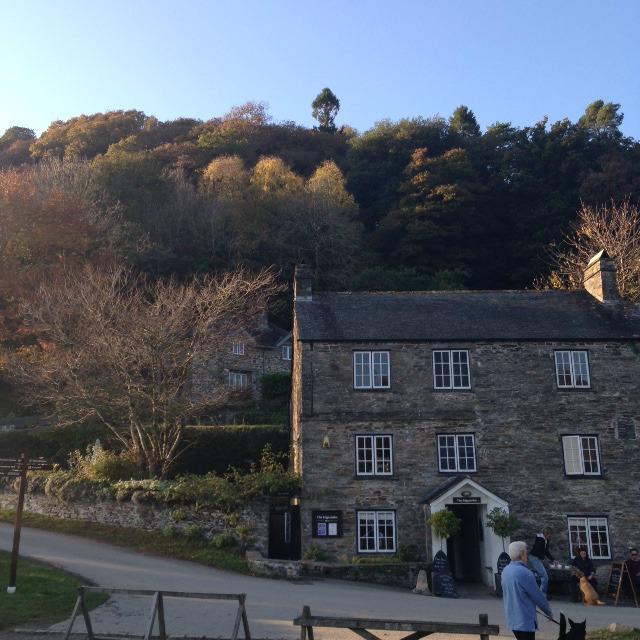 We’re one of few countries in the world where you can pay a minimal amount of money to see heritage and history on such a vast spectrum that is lovingly preserved and cared for by passionate people.  If we ever need or want to see living history, no matter where you are in the country you don’t have to go far to see fine examples of its architecture, furniture, art and every other aspect besides.  It makes me rejoice in not being American.  Don’t get me wrong, I love them and their culture, but our castles are real and not in Disneyland.

It reminds me of a wonderful moment I observed outside Westminster Abbey a few years ago.  A group of American tourists were stood outside the west end of the Abbey, looking at its famous towers.  “Is that it?!” exclaimed one of them.  A sharply dressed veteran, who until this moment had gone unnoticed, resplendent in his regimental tie and an impressive selection of medals, shuffled forward.  I should paint the picture further by saying the only things more impressive than his medals were his magnificent eyebrows, that were of astonishing size.

“Madam” he said.  “Let me tell you, over 1000 years more history has taken place in that single building than has happened in the entirety of your vast nation.  It may not be as big as your sky scrappers, but it is so very much better and will last much, much longer”.  With that, he smiled and shuffled off before I had the chance to give him an enormous kiss.

Anyway, back to The National Trust.  Last weekend we visited the Cotehele Estate in Cornwall.  Whilst the grounds and some rooms are open throughout the winter, it was the last day when the entire property was open for the 2015 season.  There was an end of term feeling to proceedings, and along with ‘behind the scenes’ tours of rooms that are not open to the public, Jo and I imagined the carnage that must follow the end of season party for the volunteers.  We hoped there would be sore heads and regret in equal measure along with the odd wine stain on someone’s favourite Marks and Spencer knitwear.

My point about how much The National Trust has changed was highlighted rather wonderfully on arrival at the Cotehele Estate.  We were greeted in the great hall of the property by someone who I believe every National Trust guide should try to be like.  Step forward Joan Boothe (yes, I made a note of remembering her name).  It was like being greeted by your godmother or favourite grandmother.  She was warm and friendly and made a point of telling Belle what she could look forward to before turning her attention to the grown-ups.  I’m sure Ms Boothe has welcomed hundreds of people through those ancient doors, but there wasn’t even a hint of reeling off what was in store as if she was reciting a takeaway menu – there was pride in Cotehele Estate, and warmth and it was lovely.

The behind the scenes tour of the Cotehele Estate was interesting, although bizarrely my favourite bit was seeing inside the home of the Cotehele’s manager, who lives on site.  Admirably, she had let her home be open to the public on the last day of the season, and it was like playing our own game of ‘Through the keyhole’.  We worked out that the manager’s name is Rachel and a rough age, although it would be ungentlemanly to say that out loud.  Rachel should know that one of her guides described her as young.  That I’ve mentioned that doesn’t mean that I don’t think she is young.

Without doubt, my favourite part of our visit to Cotehele Estate and the bit that has made me want to share my love for the NT was our trip to the estate’s mill.  A working water mill, we watched cakes being made before having a look inside the flour mill.  The two millers at work were so passionate about their craft.  When I started talking to one of them I assumed he was pleased someone was asking him questions as he enthused about what he was doing and how everything worked.  And then, as we went upstairs in the mill I heard him start the same routine again with the next group of visitors who had walked in behind us.  He had the same enthusiasm and passion and his energy was contagious.

Perhaps he was just excited about the end of season party, or perhaps I’m now at an age where you truly appreciate what is around you.  I looked to see if Belle was interested in what was going on.  After all, her facial expressions are a wonderful barometer for the longevity of an activity.  She was asking the miller if there were any more pixies in his room – a clever National Trust Halloween activity for children around the mill to test their observance.

“Did you enjoy visiting the Cotehele Estate?” I asked Belle as we walked back to the car.  “Sure” she replied.  “Remind me to show you how flour explodes when you put it on a fire”. 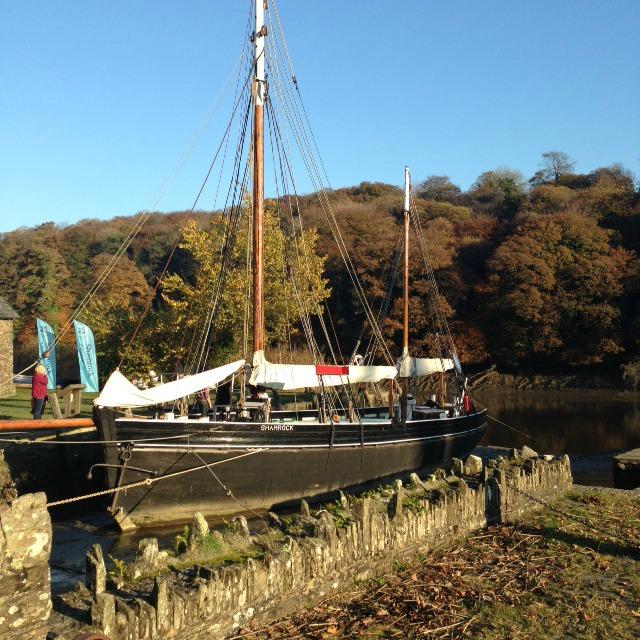