I’ve been accused in the past of being flighty or fickle, of giving up on things.

My first reaction has often been a defensive one, partly because the people who’ve said these things in the past have often said them meaning them to be hurtful, and when you know something is meant as a criticism, it’s hard to take it otherwise. Also though, there is a part of me that wonders if they might be right, and if that makes me a bad person.

Because the truth is that I do give things up quite often. I went along to a local drama group for a few months and then changed my mind, I’ve tried body pump and hated every minute, I’ve started jobs and left them, I’ve moved house a lot, I’ve started classes and stopped again, and I even have about 15,000 words of a murder mystery novel written somewhere. I do give up on things.

But I also try a lot of things.

I could easily have not given up any of those things, by simply not trying them in the first place, but where would be the fun in that? How are you meant to know if you are going to enjoy something unless you give it a go? And just because something is fun at a certain point in your life, does that mean you’re stuck with it forever?

There is also a lot to be said for having a level of awareness that enables you to recognise when a task is fruitless, a job unsuitable, and let it go. Sure, sometimes you do just have to get on with things – you can’t leave the washing up indefinitely – but there is evidence that relentless determination, the sort that ex-boyfriends would have liked to have seen more evidence of in me, is actually overrated.

Oliver Burkeman, writing in his regular spot in The Guardian recently, talked about new research that showed that this sort of ‘grit’ isn’t always a good thing. Apparently, the research showed that ‘grittier people were likelier to keep grappling with hard, or even unsolvable puzzles, even when it led to lower overall scores and chances of cash rewards.’

That doesn’t sound cool does it? Ambition and determination are one thing, but it’s important to remember that pushing yourself on and on regardless isn’t always going to lead to success. Sometimes you just have to stop, and accept that something isn’t working out for you. There’s a big difference between simply giving up and recognising when it’s time to move on.

I don’t think there is any shame in giving up on something, as long as you’re prepared to give it a go in the first place and you learn a little bit about yourself along the way, even if it’s just that you don’t like body pump.

How do you feel about giving things up? Does it make you feel guilty or are you comfortable with your choices? 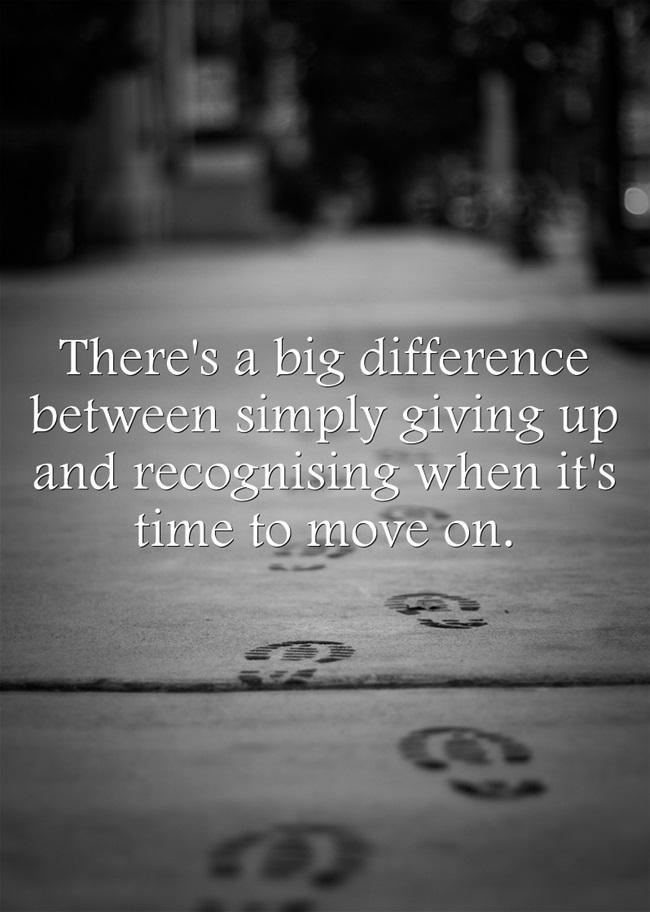