Last weekend we went down to the River Dart Country Park for the day. One of the perks of having moved back to Somerset from Bristol is that you’re that bit closer to all of the nice bits of the south west, and so it only took us an hour to get there.

We had only ever been once before, camping for a weekend back in May for my nephew’s sixth birthday, and it rained pretty much the whole time. Belle was keen to go again in nicer weather, so that she could have another go on the high ropes and drag us out on a canoe.

Our first attempt at the high ropes was rather shameful. We bought tickets for all three of us, and we all made it as far as the start of the course, but it turns out that neither my fiancé nor I have the guts that Belle does, and we ended up watching her complete the course from solid ground. It was a little embarrassing, but much better, I felt, to chicken out right at the beginning than to have to be airlifted from a tree half way round.

I surprised myself if I’m honest. I’m not the most physical of people, it’s true, but I’d never really thought of myself as being scared of heights or afraid to try new things. When I got to the edge of the first rope net though, I was terrified. I got as far as putting out one foot, but I just couldn’t do it – I felt paralysed. Is it an age thing I wonder? I’m pretty sure I’d have done it at Belle’s age, so do we just get more afraid of adventure as we get older?

The activities at River Dart Country Park are run by River Dart Adventures, and you can do all sorts – canoeing, kayaking, zorbing, and of course, the high ropes.

Back in May, the bad weather worked in Belle’s favour, and the course was deserted. She went round in about a third of the time they say it takes to complete, and the staff were really impressed with her. She has this wonderful relaxed air about her, like she’s just hanging out in a tree, as per usual, and there was absolutely no hesitation at any point. This time it was busier, and that did hold her up a little bit, but it also gave her the extra pleasure of showing up all the men who were trying to look cool and not pulling it off. She even did some of the obstacles backwards, just to make them more of a challenge!

This time, we thought it might be fun to fix her up with a camera, so we could at least get to see what the course looked like from her point of view. Suffice to say that just made us even more proud/glad that we were on the ground! 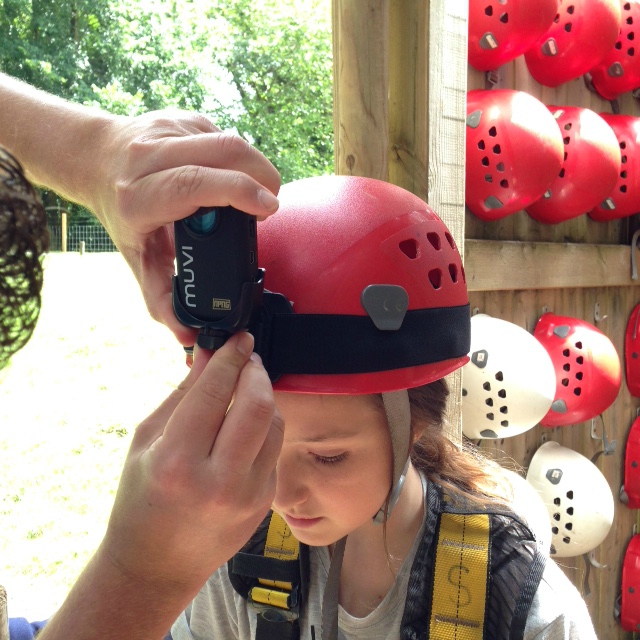 There is so much to do at River Dart Country Park that you can easily fill a whole day, or even a long weekend if you’re up for a spot of camping – we would definitely recommend it, even in the rain!

What fun stuff are you up to over the summer?

We were guests of River Dart Country Park for the purposes of this review.