A strange thing has happened to me since getting this ring on my finger – I have become interested in weddings.

My boyfriend was surprised after we got engaged that I didn’t whip out some secret folder, full of all the clippings I’d been saving since childhood, sketches of my dream dress and fabric swatches, but I can honestly say that it’s never been something that has interested me. I’ve not been dreaming of my wedding day since I was small and I have no idea of what I want it to look like.

Suffice to say then that the next few months are going to be a pretty steep learning curve. I have magazines, I have a planner, I have glue and scissors, now I just need ideas.

One of the main things I am thinking about at the moment is colour. Having decided that I want to stick to wearing my glasses on the big day, rather than spending the whole time blinking uncomfortably, I have been toying with the idea of building an entire colour scheme around them – I don’t want them to clash after all, do I? We were in Lyme Regis recently, and saw a rather lovely house where the walls were painted a very pale pink and the doors were turquoise – it was very pretty, and it definitely a colour combination I could see working with flowers and trimmings. 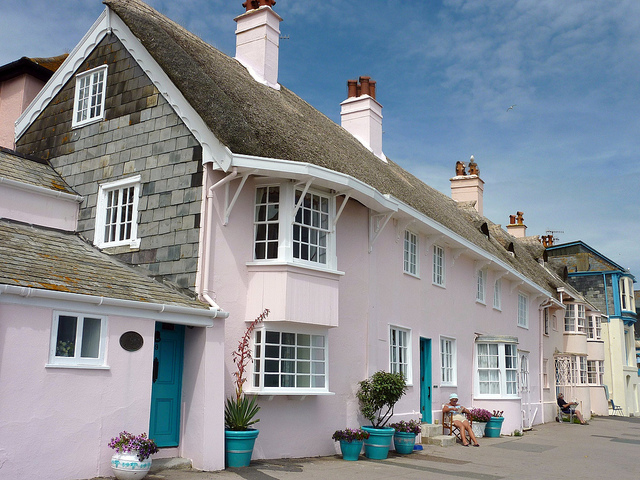 But then you have to think about other things like bridesmaids and the groom – my boyfriend is keen on the idea of a blue suit, but doesn’t think he’s quite jazzy enough to pull off turquoise, so that’s something that has to be accommodated. And what colours do bridesmaids even wear nowadays? Are you allowed to force friends into peach taffeta still, or have bridesmaids rebelled against that? Do they even have to wear the same?? It’s a lot to take in.

I read some research from Coast that says that purple is the most popular colour for bridesmaids at the moment, with grey and silver coming second, but I can’t say I fancy any of these. Pink was only chosen by 14% of people, but is apparently very flattering for lots of different skin tones, so could be an option.

This photo mirrors the pink/turquoise house colour scheme nicely. The flowers are roses and sweet peas, which would smell amazing too: 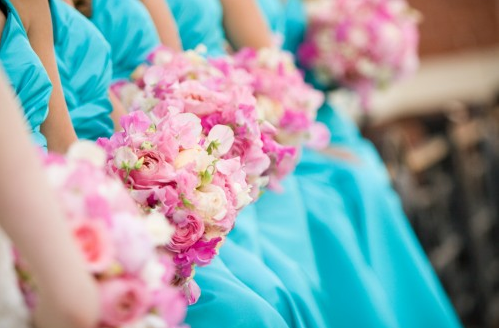 I like this idea too, where you keep the same colour but have different styles of dress for each bridesmaid: 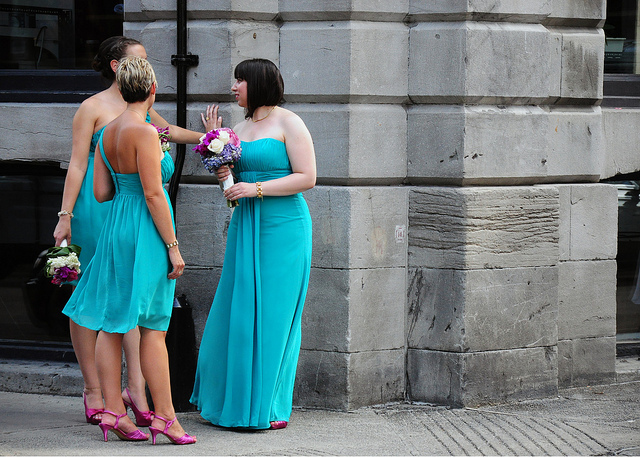 Generally though I’m still at the stage where any pretty thing could catch my eye, so any advice or suggestions would be much appreciated!

What colour scheme did you have for your wedding and how on earth did you decide??