One of the most tedious tasks for me as a parent is cooking. It’s not so much the cooking itself, it’s more the planning of it – trying to think of something new and interesting every single bloody day, only then to have it rejected by a fussy child, gets rather dispiriting after, say, 20 years.

For the last month or so, my fiancé has taken over in the kitchen. He does all of the cooking, and even the washing up when Belle’s away. I’m barely even allowed to make myself a cup of tea. It is absolute bliss getting to four o’clock every day and not having to start fretting about what I’m going to cook.

A couple of weeks ago we were treated to a food delivery from Marley Spoon, one of these food box companies where you’re sent a recipe and the exact ingredients. I love the idea of this as it’s such a pain buying things like herbs, spices and oils for recipes, when you know you’re only going to use a tablespoon and then have them sat in the cupboard for years.

Marley Spoon are a new company, and if we were being hypercritical you could tell this, as we did have a few teething troubles. We found some of the recipes a little hard to follow in places, and some of the steps felt a little counter-intuitive or badly timed. I’m guessing that this is all part of the process of refining a new product and hopefully with some feedback they will improve this.

The quality of the food was good, the recipes were interesting, and best of all, I didn’t have to cook it! Score!

The gorgeous bamboo utensils with coloured handles and the oven gloves featured in these pictures are from Red Candy, one of my favourite sites for funky kitchenware. 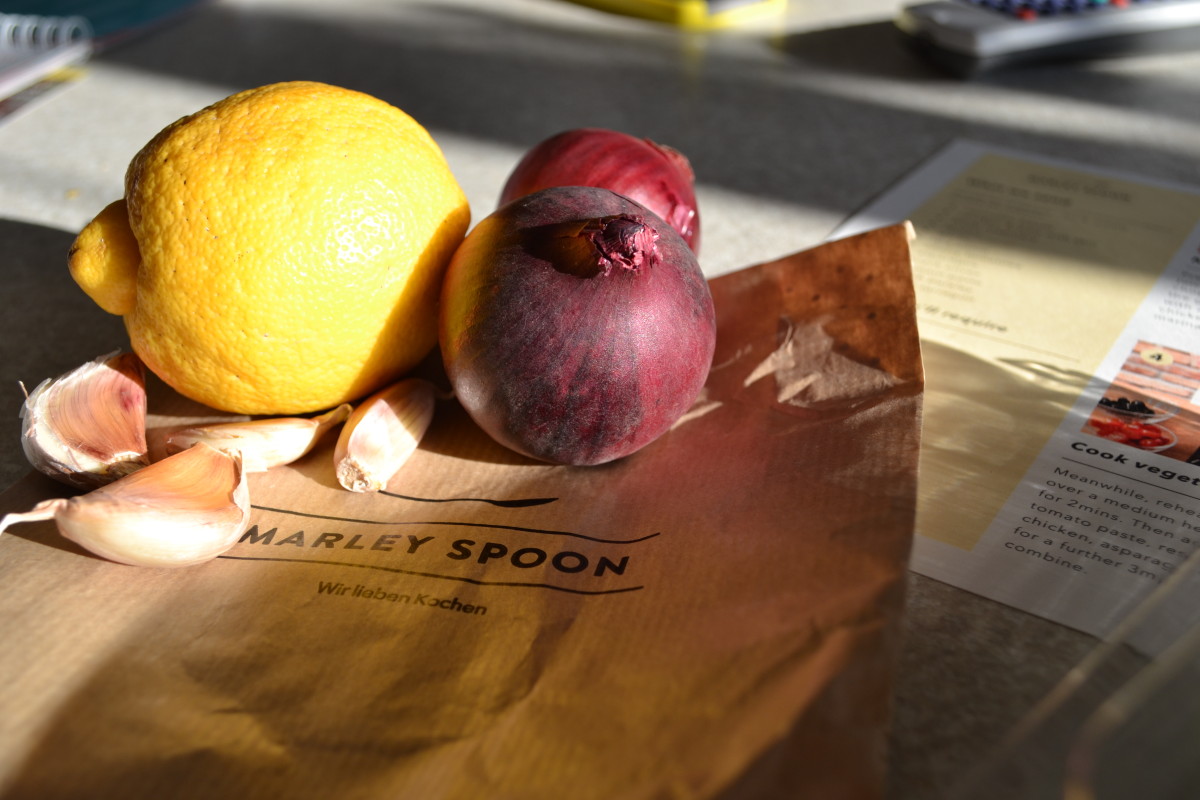 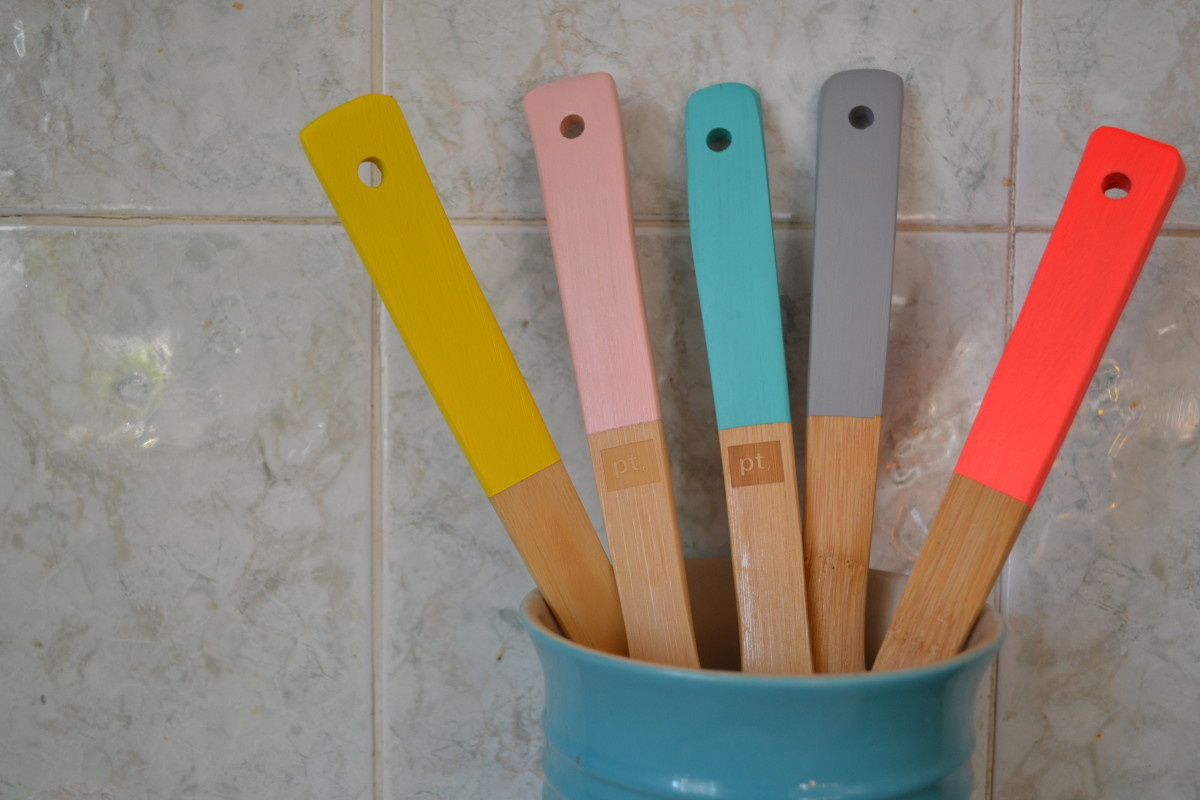 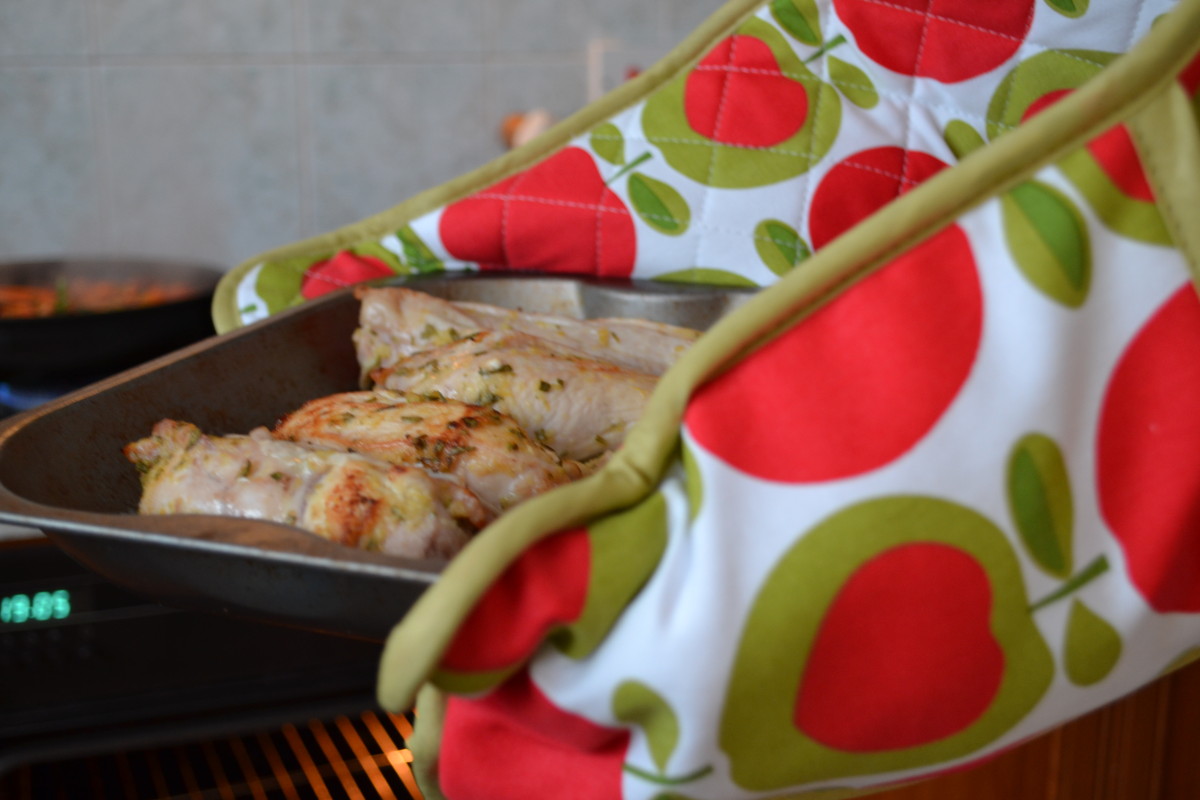 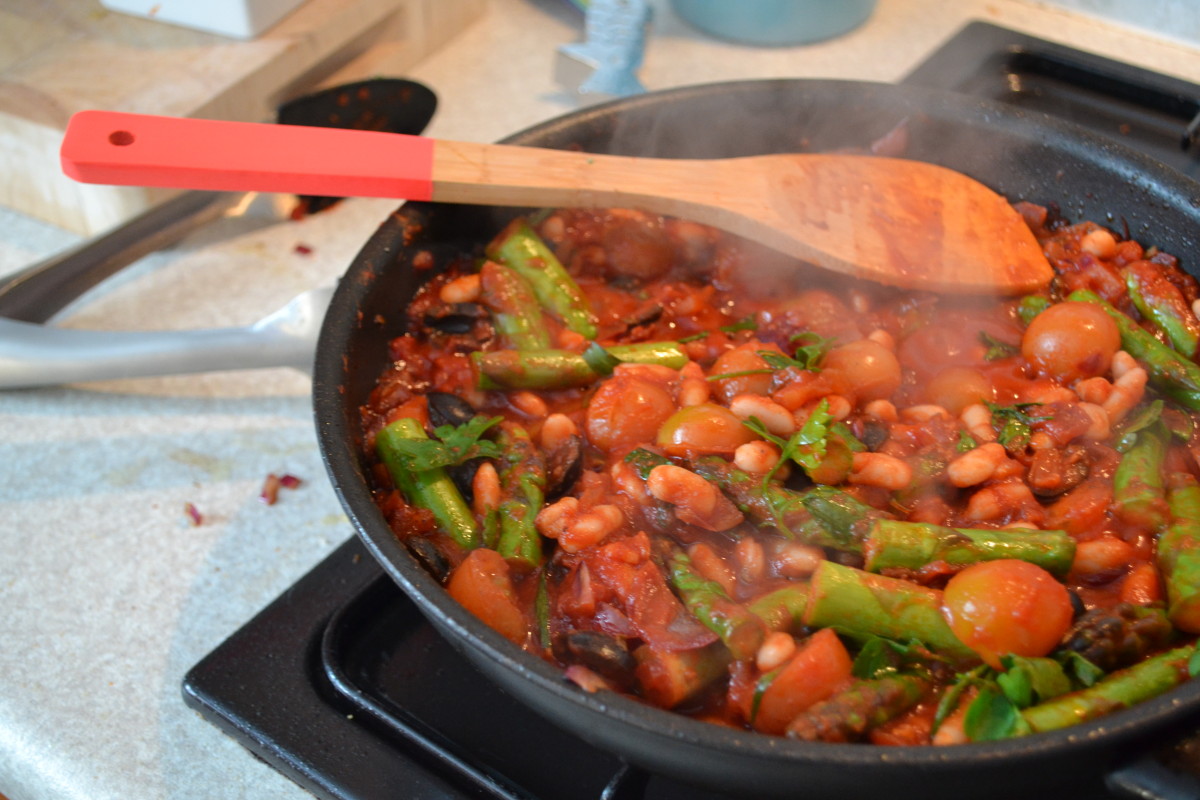 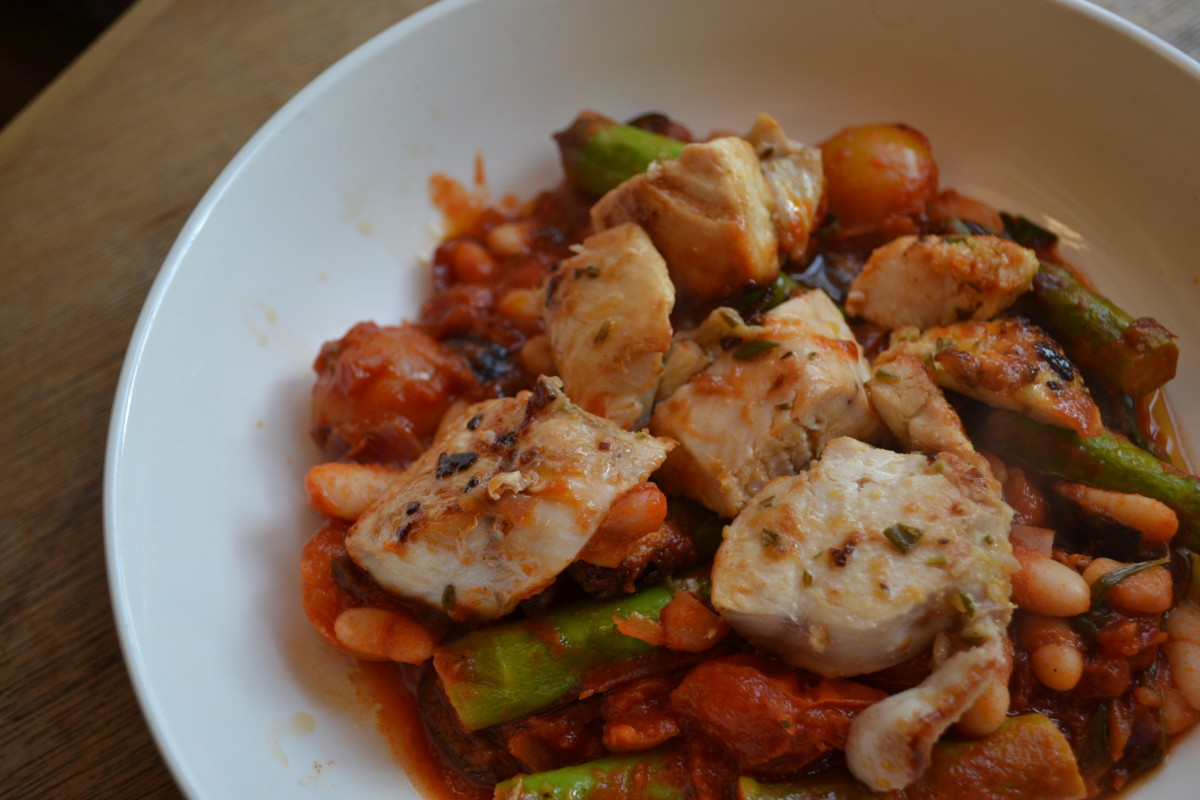 We were sent the items from Red Candy and the food box from Marley Spoon for the purposes of this post. All opinions are my own.