It’s going to be a whole year in June since we moved to Taunton and I’ve finally got round to finishing the unpacking. (I refer here only to indoors unpacking. My car port still resembles a poor quality car boot sale.) Although we physically moved everything in in record time, and my new pastel wine glasses were looking pretty on the kitchen shelves within days, (priorities), there have been other areas of the house that have been rather neglected.

Take the under stairs cupboard for instance, (which isn’t actually under the stairs, but has a similar vibe.) When we moved in, because the flat is so small, I had several boxes of miscellaneous gubbins that I just didn’t have space for. This included countless leads for appliances I’m not sure I ever owned, suspect shoes that really should have been donated to charity some years ago, and some old bits of wood that I’m sure I once intended to make into shelves. Said items stayed in a heap in this cupboard for a good eight months before I decided to sort them out.

Then there is Belle’s room. This looked about 83% finished within a couple of days, and we were rather proud of ourselves. The remaining 17% though quickly reached that point where when you live with something you stop noticing it – like when people leave a plank of wood leaning against a wall for so long it becomes invisible, and it’s only when an outsider says ‘what the hell is that plank of wood doing in the middle of the living room?’ that you remember.

We managed to get it up to about 94% by adding the curtains around the base of her bed and reupholstering the ottoman to match, but the last 6% remained elusive, much of it hidden now by the aforementioned curtains.

Now, apart from the vast quantities of what Belle like to call ‘collectables’ and we like to call ‘bric-a-brac’, her room is finished! I finally found a home for the board games that had been in a huge cardboard box under her bed and we transformed the space under the bed into a cosy den. We also replaced her cheap mattress, which we’d previously had to layer with another duvet under the sheet to make bearable, with a Dormeo Memory mattress. This has made a huge difference to Belle, who no longer complains of springs sticking in her back, although she hasn’t started going to bed any earlier. 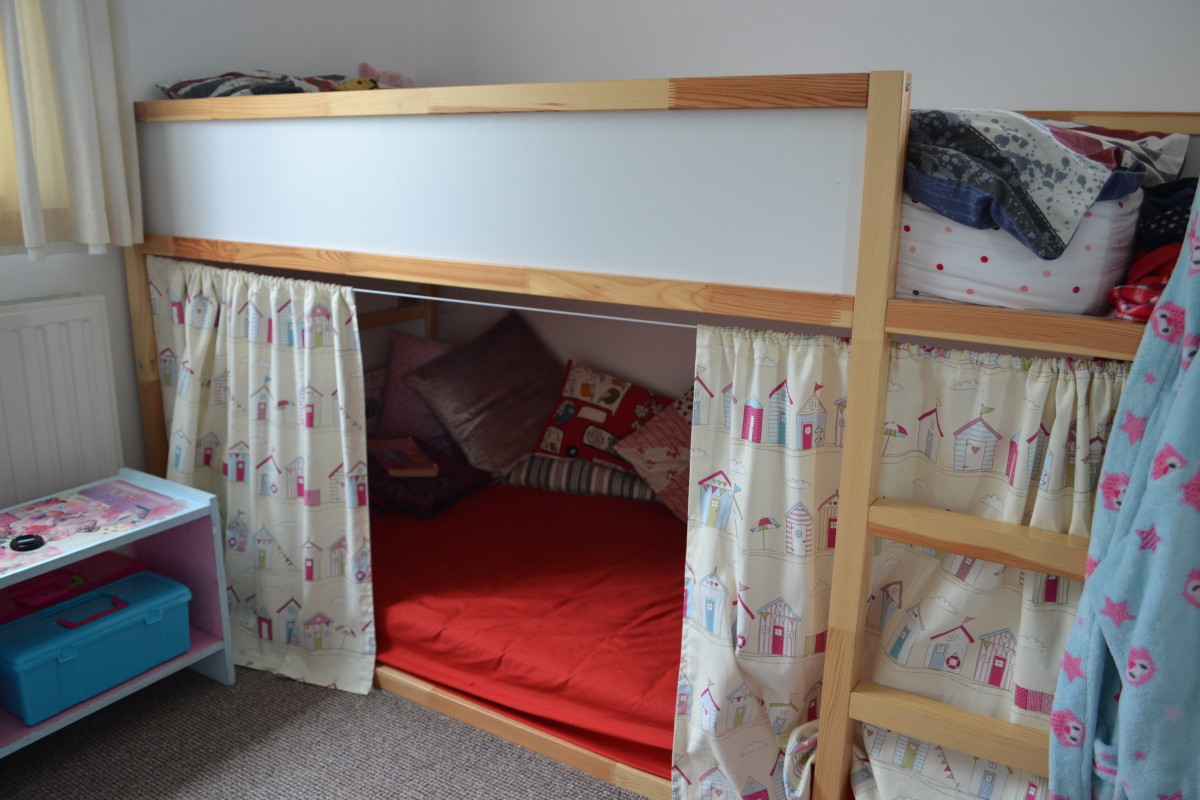 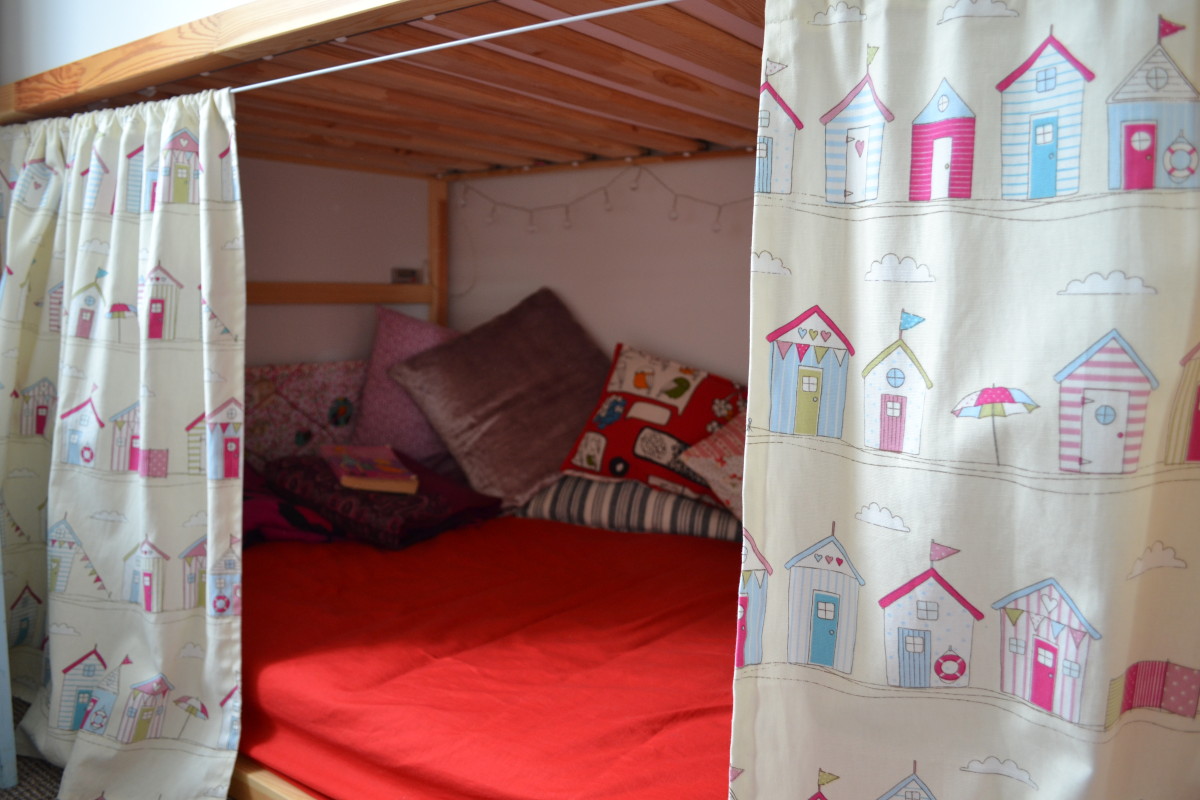 In all seriousness though, we are very pleased with the mattress. You forget how important a mattress is and for a long time it had slipped off the to do list, but the Dormeo one is ace – any mattress that uses the word ‘sumptuous’ not once but twice in its online blurb must be good. It has also been treated with something to protect against dust-mites, bacteria, mould, odour build-up and allergies, which makes me feel like a good parent.

Finally, we jazzed up Belle’s dressing table with some new funky knobs from Trinca Ferro. 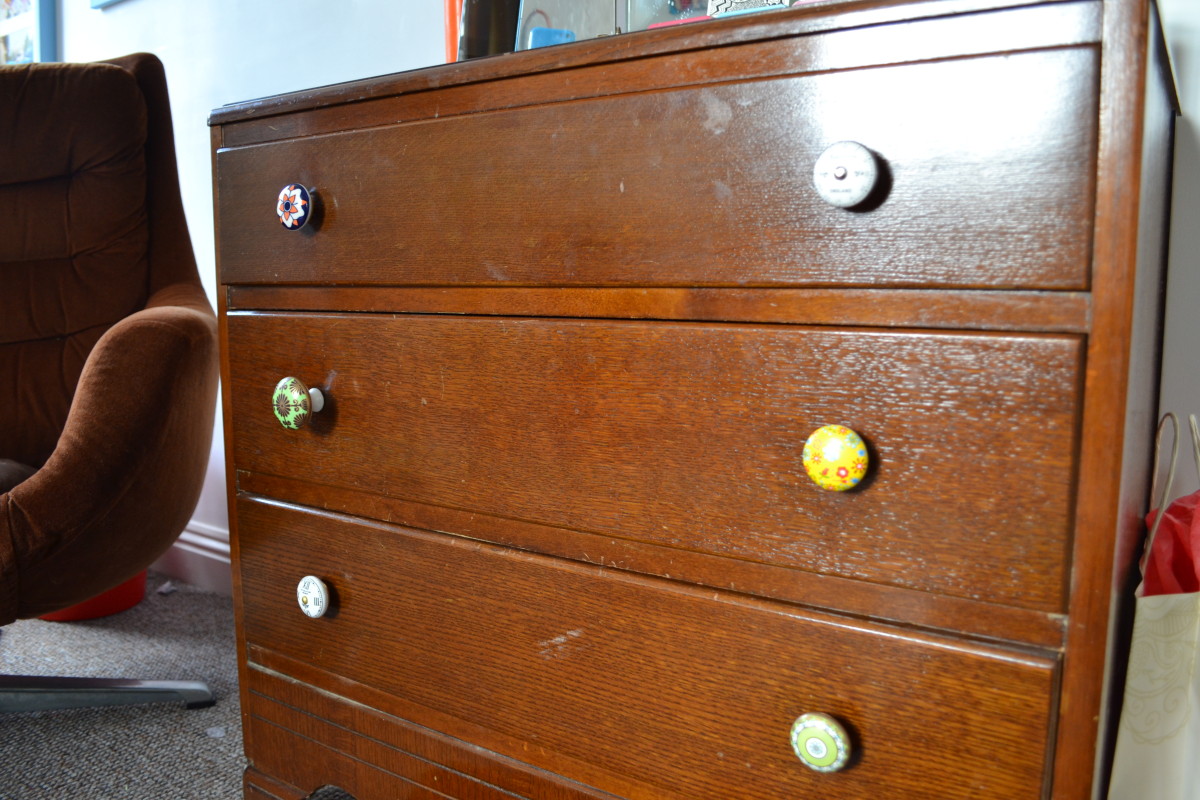 We bought the dressing table on ebay months ago, and have had the knobs downstairs in a box for a similar length of time, but until now never managed to unite them. 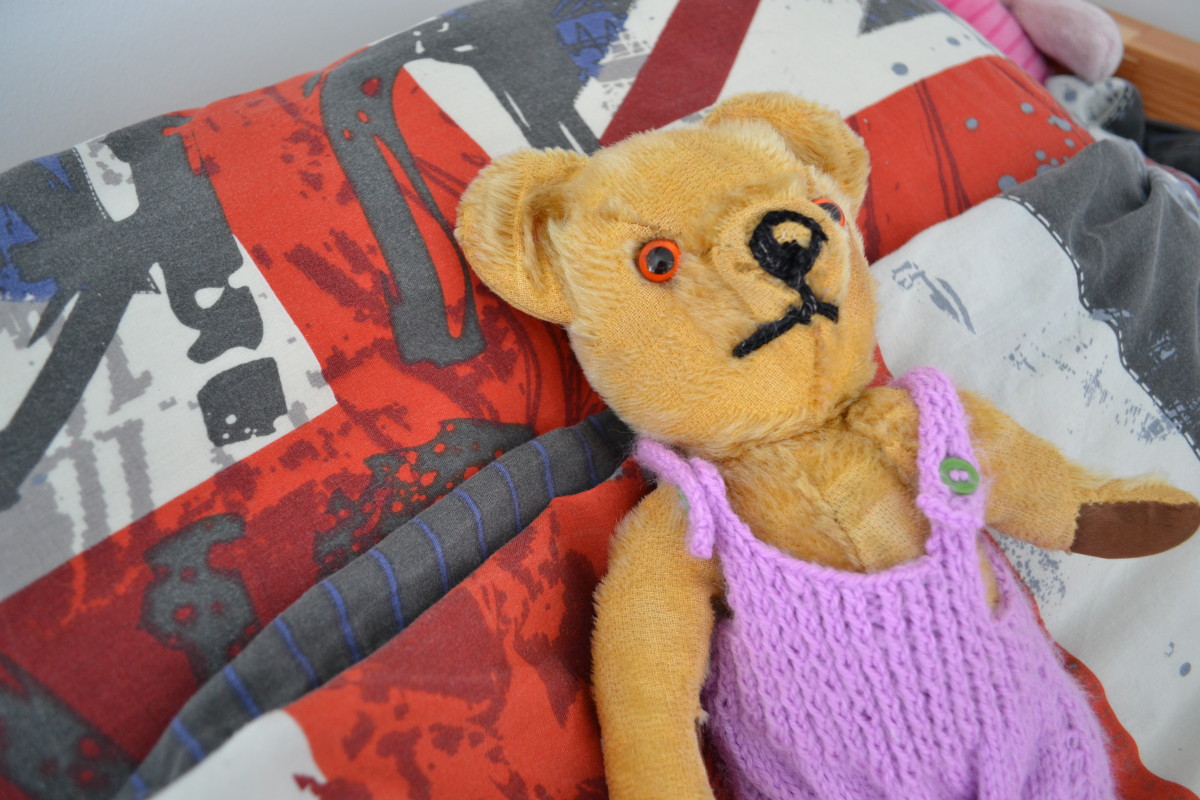 We were sent the mattress and knobs for the purposes of this review. All opinions are my own.