I ticked this off my list of 40 things to do before 40 a little while ago, but have been waiting to write about it in the hope that my message in a bottle would be found by an exotic prince, held captive on a desert island miles away, but unfortunately that was not to be.

Instead, a month or two ago, I had an email that went like this…

That’s not terribly exotic is it? Plus it was only about 4 miles from where we launched the bottle. I did reply, but heard nothing back. Possibly Mark was annoyed with me for littering the Somerset coastline when he was trying to tidy it up? The littering aspect was something that hadn’t really occurred to me when I added the challenge to the list, and I did feel pretty bad actively chucking a bottle into a river, but by that point I was committed.

We launched the bottle back in May last year. I was feeling pretty sad and my sister’s boyfriend, in true ‘I am a man, I must offer a practical solution’ style, thought it would be fun to distract me with a dual outing/challenge situation. He was right. Fortunately he is known to enjoy the odd tipple, so was quickly able to put his hands on the perfect bottle. I drafted a message – something romantic and poignant, just in case – and we set off. 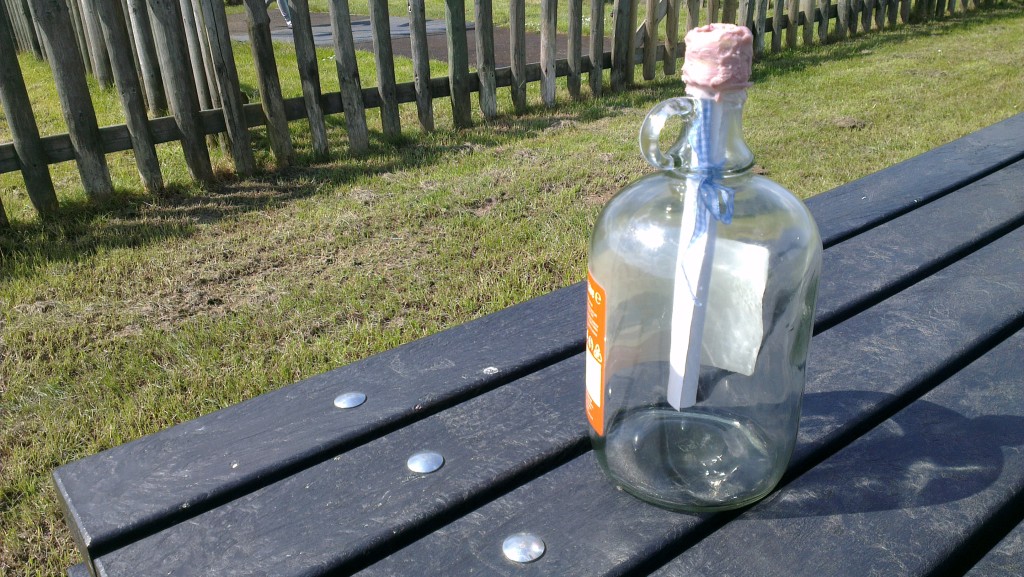 We drove out to Combwich and set about posing for some suitably contemplative looking photos. The look I was going for was ‘I may be feeling sad right now but I know that it will pass. Exotic prince hear my call.’ I suspect I just look cold. 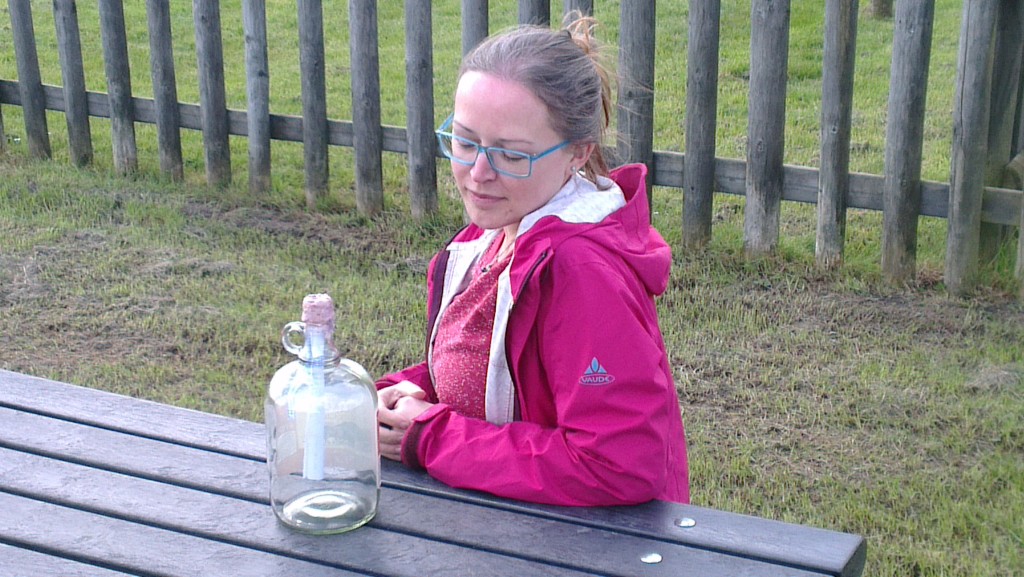 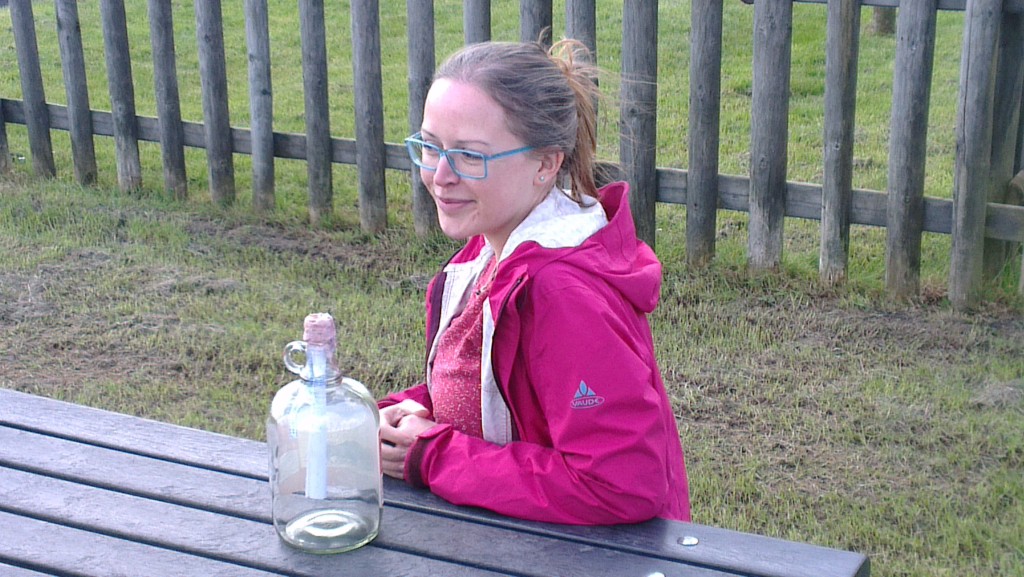 Unfortunately it soon became clear that we had chosen a stretch of water where I would have to throw the bottle at least five metres to even clear the mud banks. Not renowned for my powerful throwing arm, this posed a problem. The solution was this: 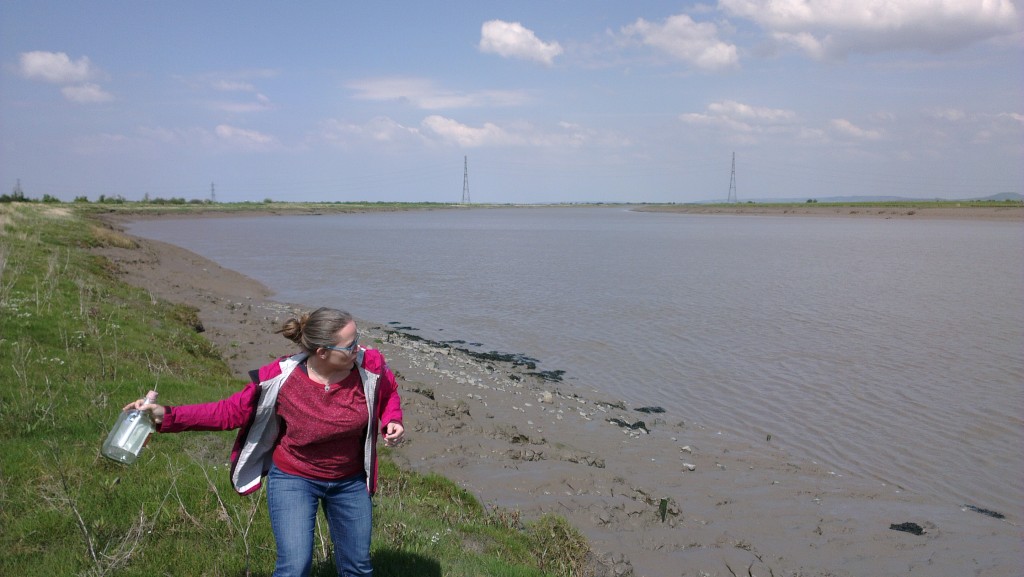 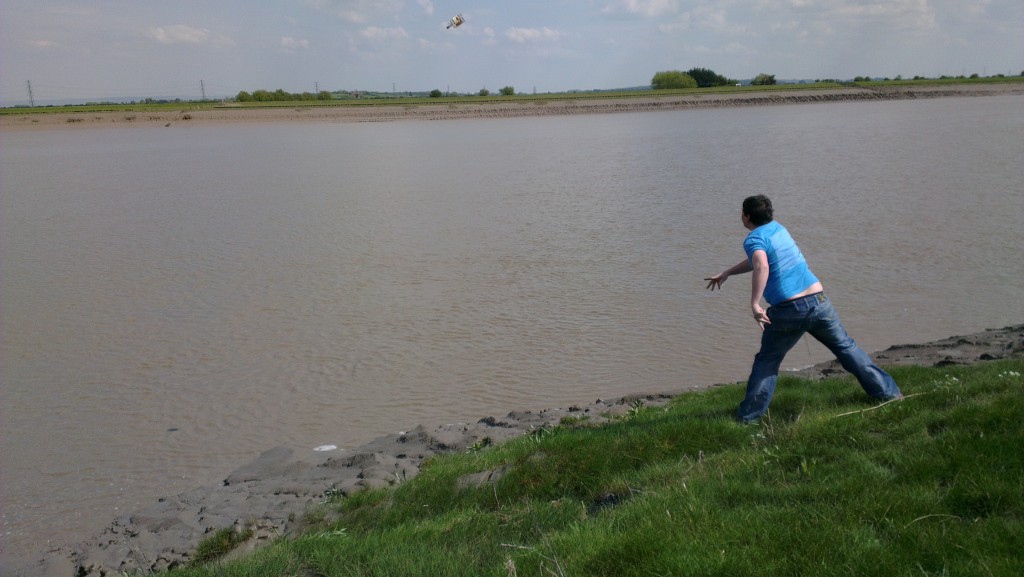 So there we go. One more tick on the list.

Have you ever sent or found a message in a bottle?