I’ve been living in Taunton for nearly six months now (six months!) and although I’ve been pretty good at things like getting all of my post redirected and ensuring Belle goes to school most of the time, there is one thing I have been putting off – finding a new dentist.

Unfortunately this isn’t because I have super strong, brilliantly white teeth that need no care and attention at all – anything but – it’s because a) I am a teeny weeny bit scared of dentists and b) I have no idea how to do it. 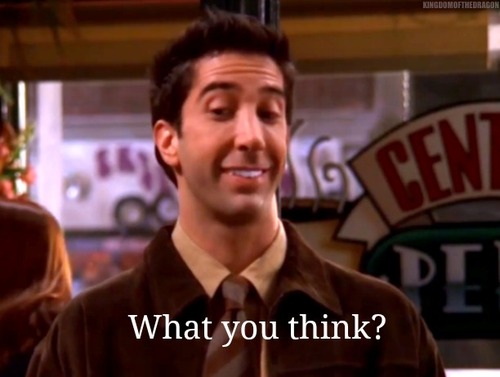 The fear side of things I can deal with by counting ceiling tiles and trying to memorise the spellings of things backwards* but the actual ‘how it works’ side of things I’m not so sure about. In the good old days you just rocked up to a dentist like you would a doctor and they signed you up, but it doesn’t seem to work like that any more. After we moved to Bristol we had a nightmare trying to find someone nearby who would take on new patients and I’ve never really been sure how to the whole NHS/private thing works.

Also, I once had a dentist who had plastic gloves that smelt of stale cigarette smoke and who ‘accidentally’ gave me a root canal filling in the wrong tooth. The same dentist also slipped and drilled through my boyfriend at the time’s tongue. Not cool.

So, how exactly do you go about finding a dentist who isn’t going to drill holes in the wrong places or drop fag ash in your mouth?

I decided to try out Toothpick.

Toothpick is a bit like that website that Phil (off of Phil and Kirsty) does for plumbers and what not – you get to see listings of dentists nearby, read reviews left by other patients and book appointments online. 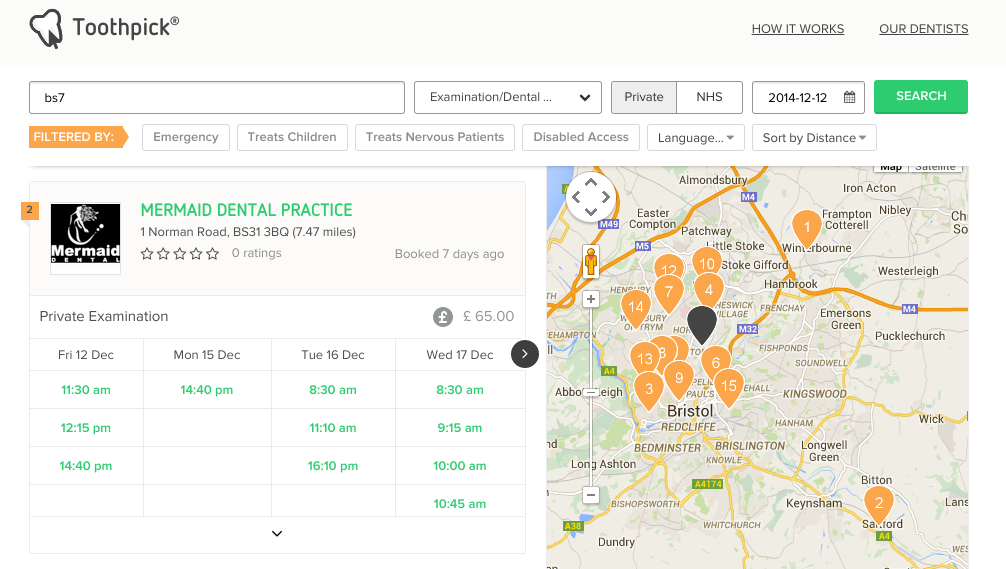 The site is relatively new and although very well established in London it’s still in its infancy in some other parts of the country. The key with sites like this though is reaching that critical mass; as more and more people use it it becomes more and more useful.

I do love the idea though of being able to see all of my options at a glance and being able to filter results to pick out dentists who treat nervous patients. I’d love to find a dentist like the one I had in Bridgwater who once very sweetly told me not to be embarrassed, that ‘the anaesthetic often makes people a little teary.’