You know you’re getting on a bit when you visit the Museum of Childhood and see all the toys you used to play with as a child. Seriously, am I so old now that my memories belong in a museum? Apparently so.

This week I’ve been reading the John Lewis Toy Story about train sets and it has got me thinking about my favourite childhood toys. Of course there are the classics, that all kids have, like a good ball. The back of this picture says ‘Josephine – August 1979’, making me 16 months old and, even if I do say so myself, adorable. It’s a bit of a shame that my knees haven’t got any less chubby with age, but never mind. 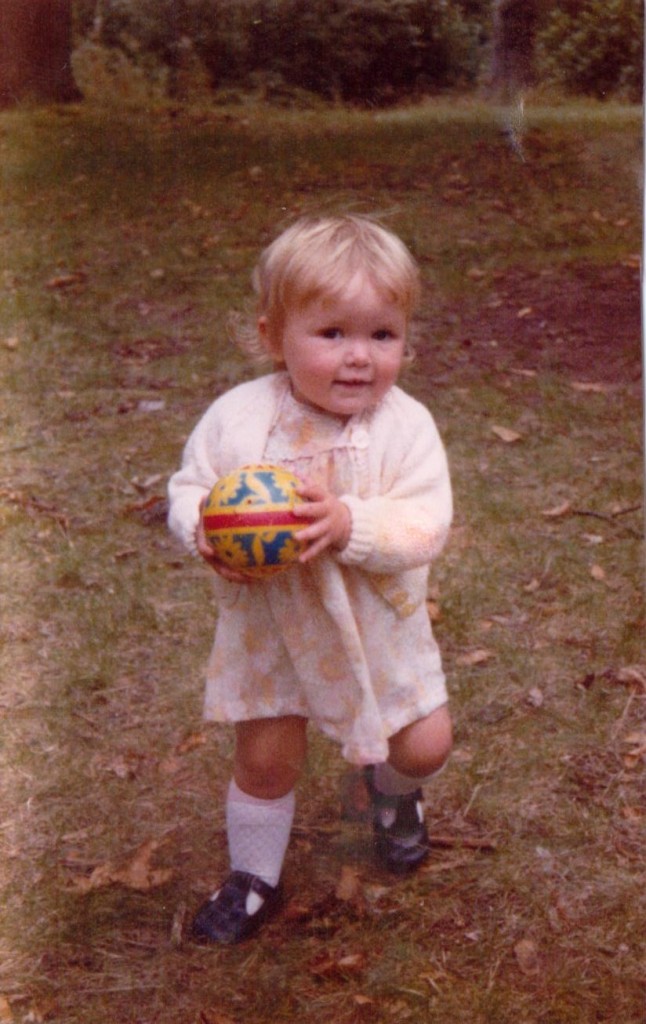 My absolute favourite toy however, the thing that defines my early years, is anything Fisher Price.

We had all sorts over the years; the hospital, the farm, a circus train, the school, the airport and, a personal favourite, which we could take in the bath, the ferry. As time went on we gave away a lot of them, or sold them at car boot sales, but one thing has remained a constant since I was tiny – the Fisher Price Village.

The Fisher Price Village was awesome, an entire street of fun. There was a post office, a garage (with ramp), a fire station, a theatre, a police station, (with a cell), and a barber shop. There were little flats above the barber and post office too, which for some reason always felt a little seedy to me. Sometimes they housed a backstreet dentist, sometimes they were home to the grumpy boy with the cap who worked at the garage but often found himself in prison.

The Fisher Price Village lived at my Gran and Grandad’s house and as such was always kept in perfect condition, with every single piece intact. Actually, that’s a lie. A few of the letters from the post office did go missing, but my Grandad made new ones from cardboard, writing on the names of each resident in his perfect square handwriting.

Left to us it would never have lasted for 35 years, but even though my Gran and Grandad are no longer with us, The Fisher Price Village is. It even has its original box, although this is looking slightly the worse for wear. 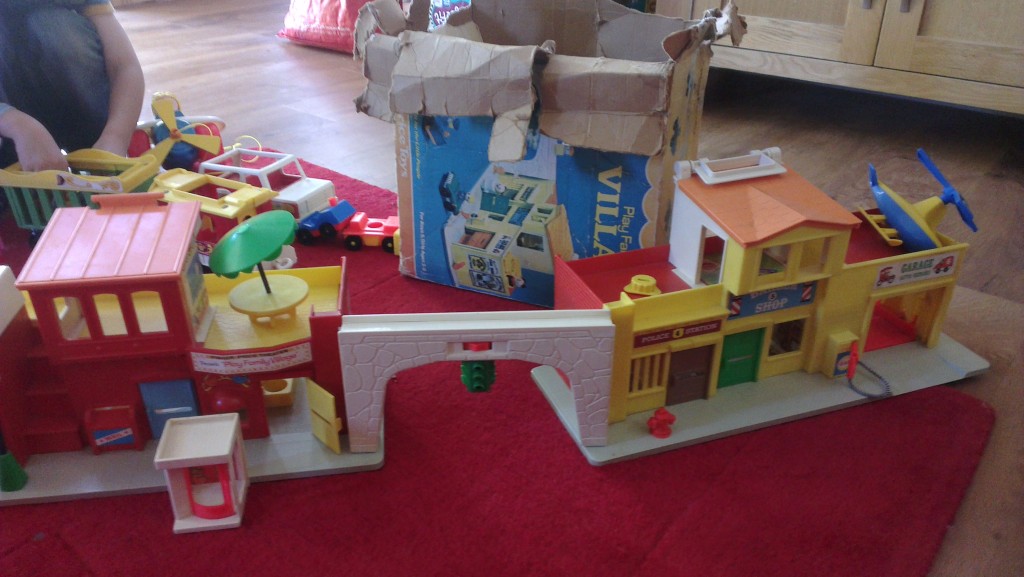 Every child in our family over the last 35 years has enjoyed playing with the village. That’s what toys are all about isn’t it? We could have kept the village packed away in a perfect box, but then we’d have missed out on literally years of enjoyment. Bee would sit for hours arranging the Fisher Price people, driving them around and posting the cardboard letters. Now it’s played with by my niece and nephew, who are 3 and 5. I see no reason why my grandchildren won’t one day be found locking the grumpy garage boy into his cell at night. 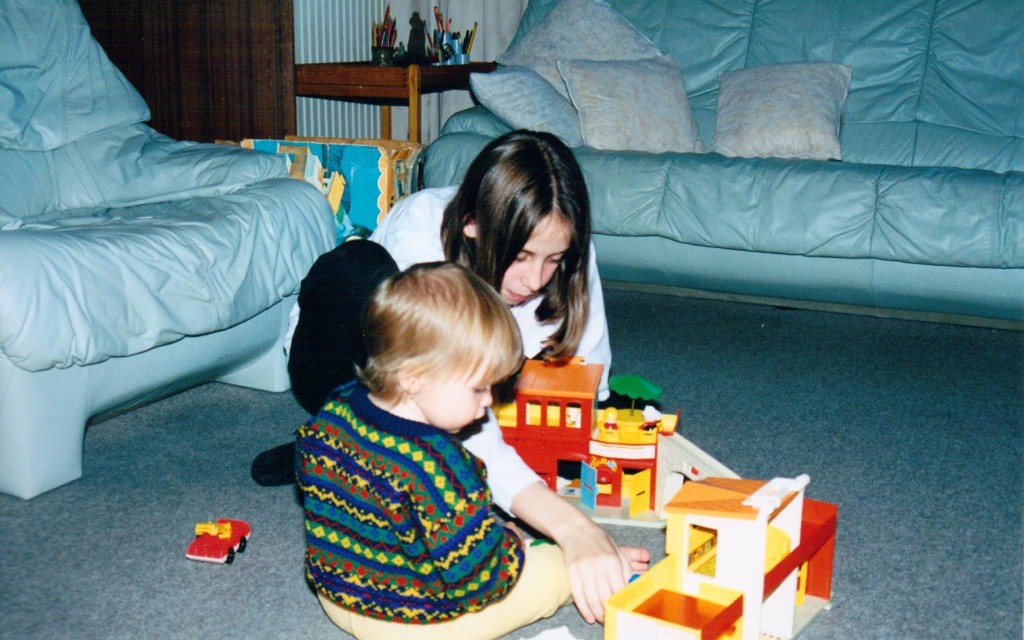 What were your favourite toys as a child? Do you have any that have survived for your own children to enjoy?