Ah, the joys of single life. It’s all about going out and getting drunk and forgetting your problems right?

Not when you’re a single parent anyway, because who, now you’re single, is going to babysit for you? My new single life has so far mainly involved working at home during the day and hanging out with Belle at home in the evenings. Now this is fine, but when the ‘home’ is somewhere that you’ve only ever lived with your partner, it’s trickier.

Everywhere I look, literally everywhere, is a reminder of Boyfriend. It’s kind of annoying.

‘Ah, here we are in the kitchen, where he used to stand in that corner leaning against the counter and I would hug him!’ Or ‘The sofa! We used to sit there together to watch Wheeler Dealers and eat sweets!’ Or even ‘Look! The rack where he used to keep his shoes!’

It gets a bit pathetic sounding after a while. (By a while I mean about three seconds. Not that I say these things out loud, but still.)

In situations like this some sort of positive action is definitely required and so I was very happy to accept Tesco’s offer of some goodies from their new Couture range to give my bedroom a little bit of a makeover. At least then when I get into bed I will not be able to make any sort of feeble emotional connection with my duvet cover. 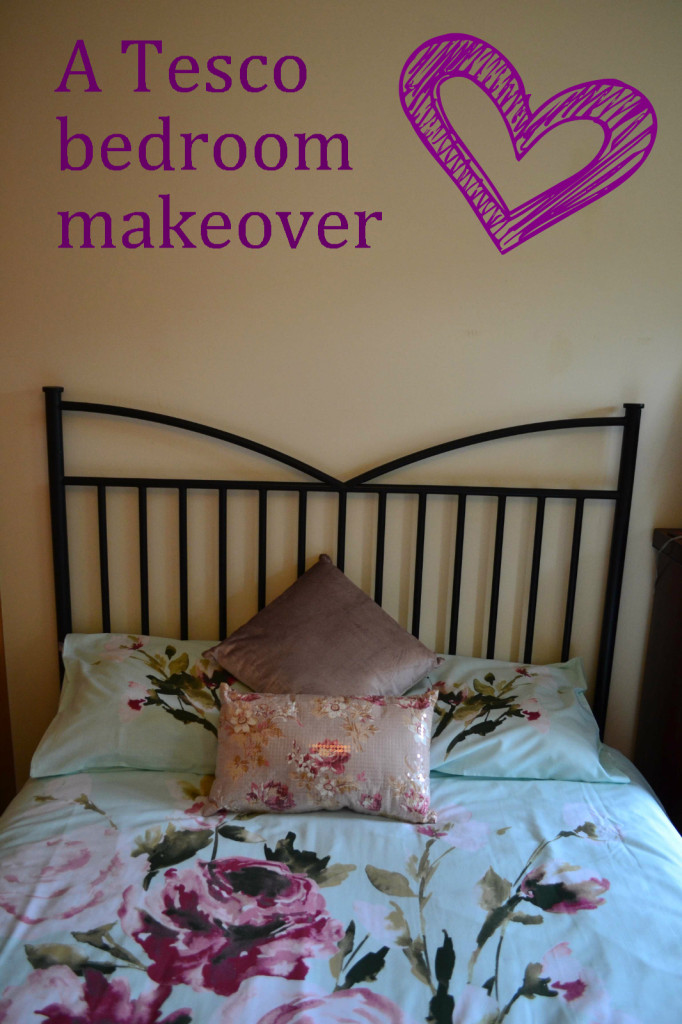 The ‘Couture’ range is designed to bring a little bit of sophistication to your home – it is very girly and decadent, so perfect for a newly single girl like myself. What boy would really want sequins on his bed after all? To be honest I’ve never really been one for cushions on a bed – it always makes me think of those American films where you watch couples have to take a million cushions off the bed before they can even get in – but actually I think that these two look very pretty, and perhaps it isn’t too much effort just to shove a couple of cushions over a bit. It’s not exactly hard work is it? 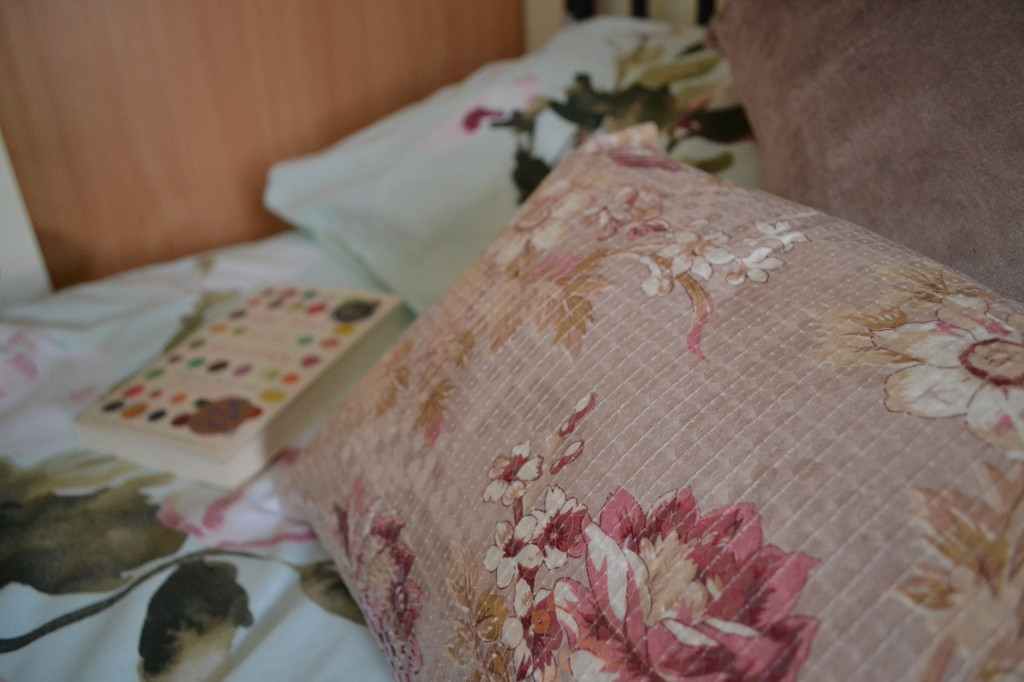 I’m not sure I would normally have chosen the design on the duvet cover either – I tend to pick plain colours or smaller patterns as you can see them more clearly when you are buying them – but I was really pleased with this one once it was on and am definitely a convert to bold, large prints. 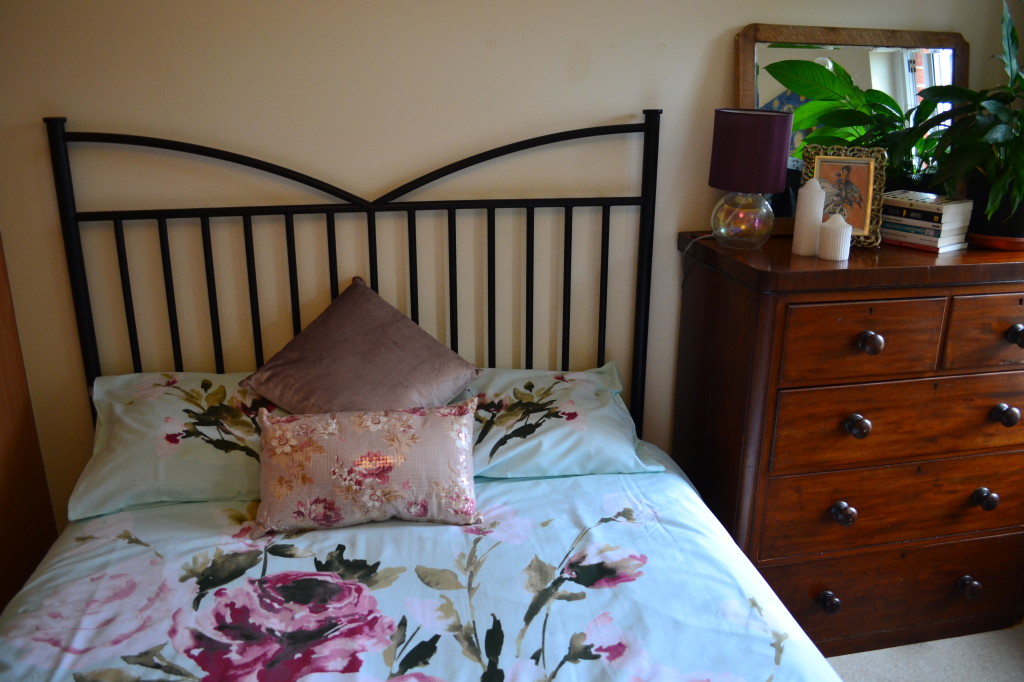 Tesco also sent me a lovely photo frame and two candles, because everyone knows that you can’t really have a proper girl’s bedroom without a couple of candles in it.

After all that changing of duvet covers and having spent some time stacking my bedroom books into the order that I wanted to read them in, I felt I had definitely earned a little lie down.

If you could design your dream bedroom, what would it look like? 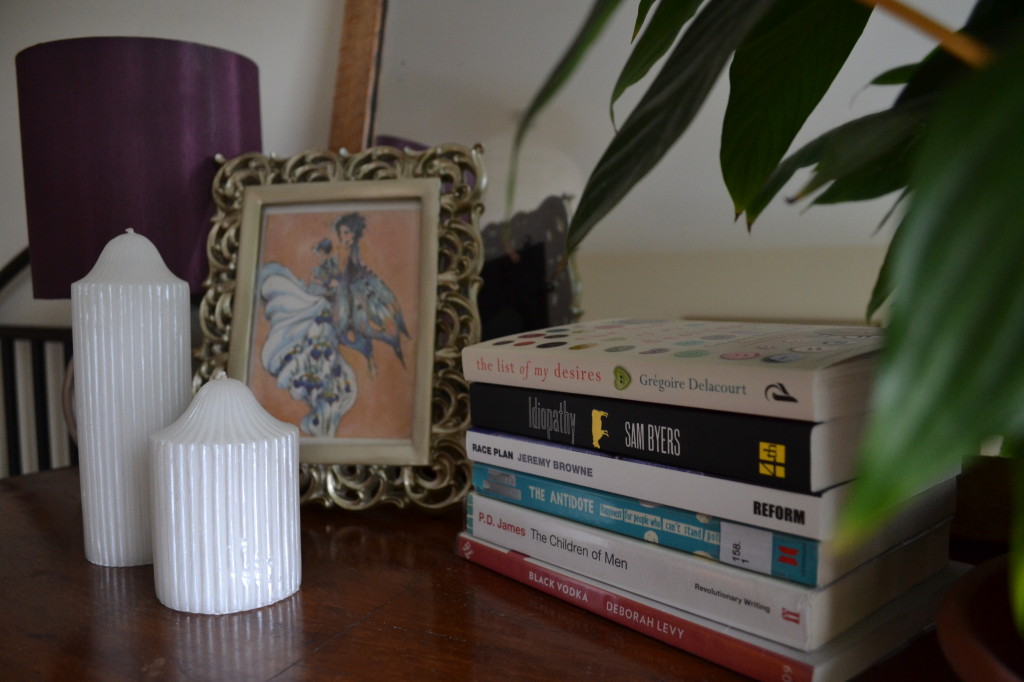 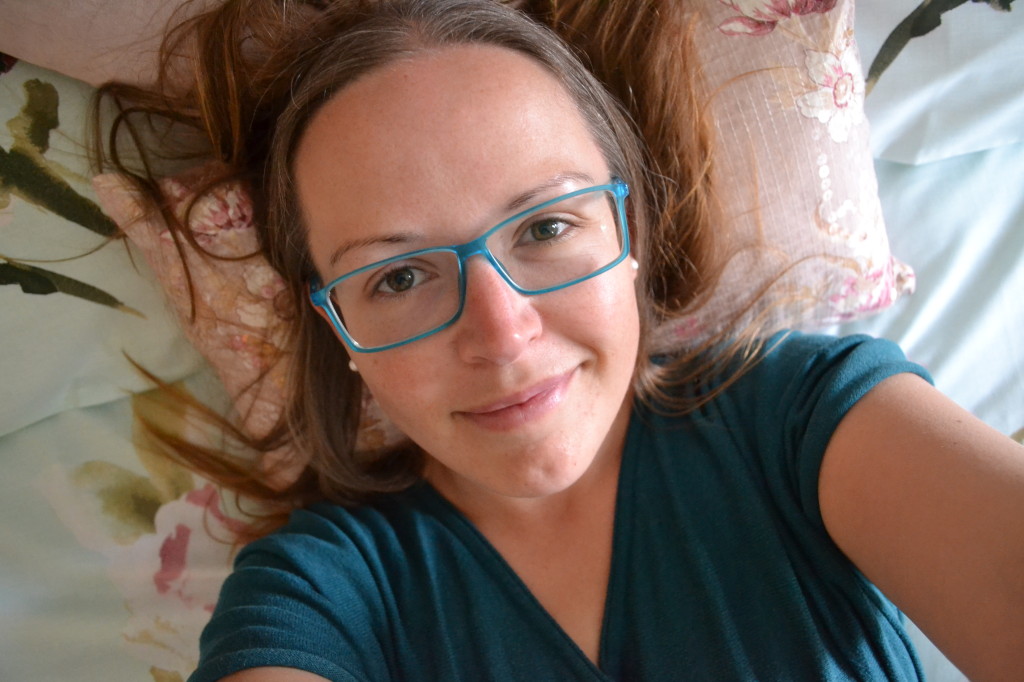 Disclosure: Tesco kindly sent me a selection of products for the purposes of this review.