How do you feel about meal planning? Do you have a weekly schedule or do you fly by the seat of your pants when it comes to mealtimes?

I read a lovely book at the weekend called The Rosie Project. The protagonist, Professor Don Tillman, who describes himself as ‘wired differently’, uses a ‘Standardised Meal System’ to plan, shop and cook for his meals. Basically this means he has exactly the same weirdly elaborate meal on the same day every week, believing that once you’ve perfected the art of preparing a lobster it’s much easier to just do it every Tuesday rather than waste time learning new skills. It also means he has less waste as he only buys the things he knows he is going to need. He then keeps each day’s ingredients on their own specially labelled shelf.

It was interesting to read about, as my Weight Watchers #StepIntoSummer challenge this week has been to plan every meal in advance. I don’t have to repeat the plan every week for the rest of my life, but the principle is the same – plan in advance and you make shopping simpler, cut waste, avoid over-eating and do away with that sense of dread as five o’clock approaches, you know that small people are going to start asking ‘what’s for tea?’ and you’ve not even checked the freezer for emergency fish fingers.

That’s the theory. In practice of course things aren’t that straightforward. 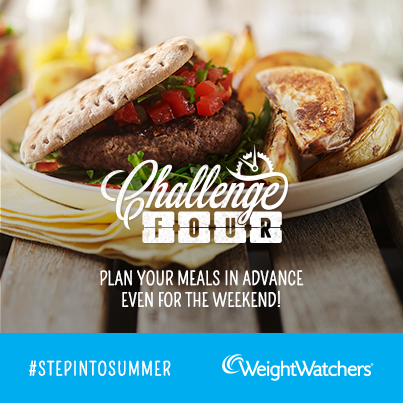 As much as I hate having to come up with ideas every afternoon, I also feel squeamish about the idea of meal planning. Before Boyfriend left this was definitely his thing – he could go to the supermarket and come back with Actual Foods that could be used to create meals; when I go I end up with a selection of tropical fruits, some nice looking jam, and a couple of bottles of tonic water. His shopping skills are sorely missed.

This week then has been the hardest challenge for me to date. I just don’t like the idea of planning meals – how can I possibly know what I’m going to feel like eating on Sunday a week beforehand? What if Colin Firth shows up and invites me out for a spontaneous dinner? Should I turn him down because I have all the ingredients for a prawn stir-fry for one in the fridge? And yes I know Colin isn’t actually going to show up – he hasn’t got round to asking me for my phone number even yet – but you get my point.

Still, a challenge is a challenge. I chose to interpret it fairly loosely, and rather than saying ‘I’m going to eat this on Tuesday and that on Wednesday’, I instead shopped for a certain number of meals and allowed myself  flexibility over which days to eat them. I don’t know if this is in the rules, but it felt far less scary. I also knew I was going to be away at the weekend, so ‘planned’ to eat at a particular restaurant on the Saturday night. Do you think this counts?

I found perusing* recipe books and magazines for ideas helped to inspire me a little, and if I was going to do it long term it would definitely be an excellent excuse for a new whiteboard. One of my favourite dinners from the week was home-made burgers with potato wedges. These were super easy to make, Belle loved them and they are the kind of thing you could always prepare in advance too if you wanted too. The full recipe is at the bottom of this post. 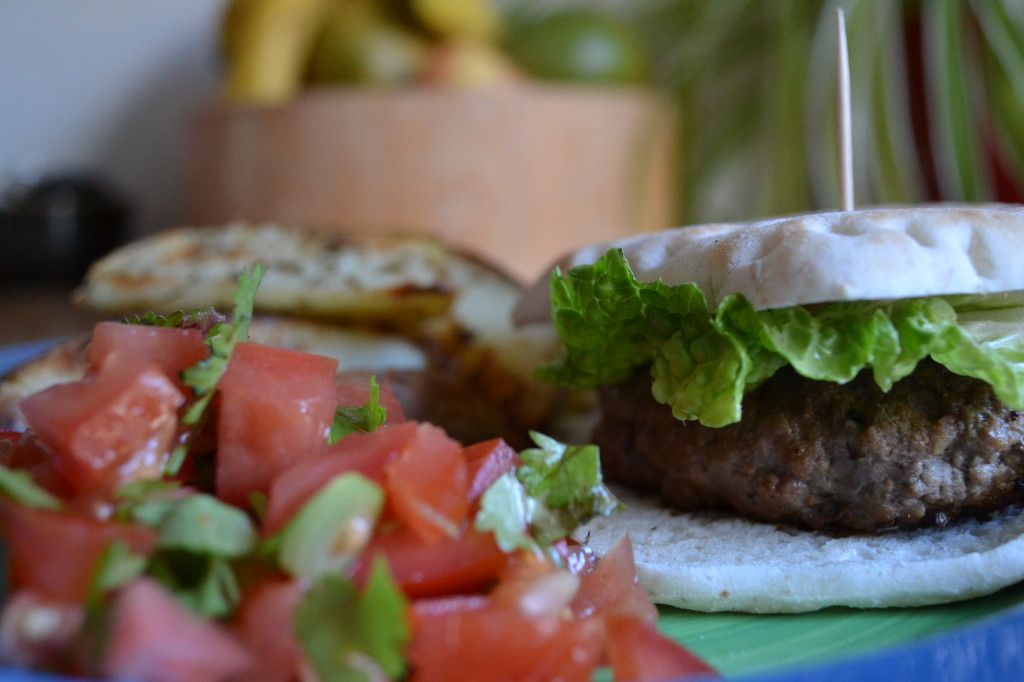 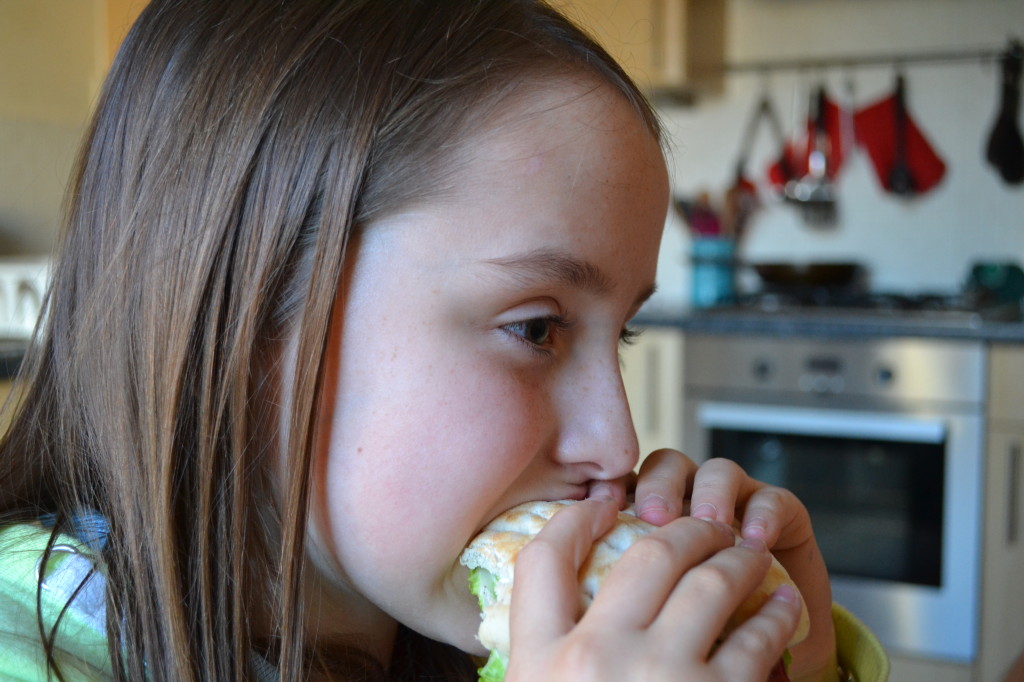 Do you think you can do a better job of meal planning than me? Weight Watchers are keen to hear your tips and see your pictures and in return you could win this cool set of Lock & Lock food storage boxes – perfect for storing leftovers or ingredients. 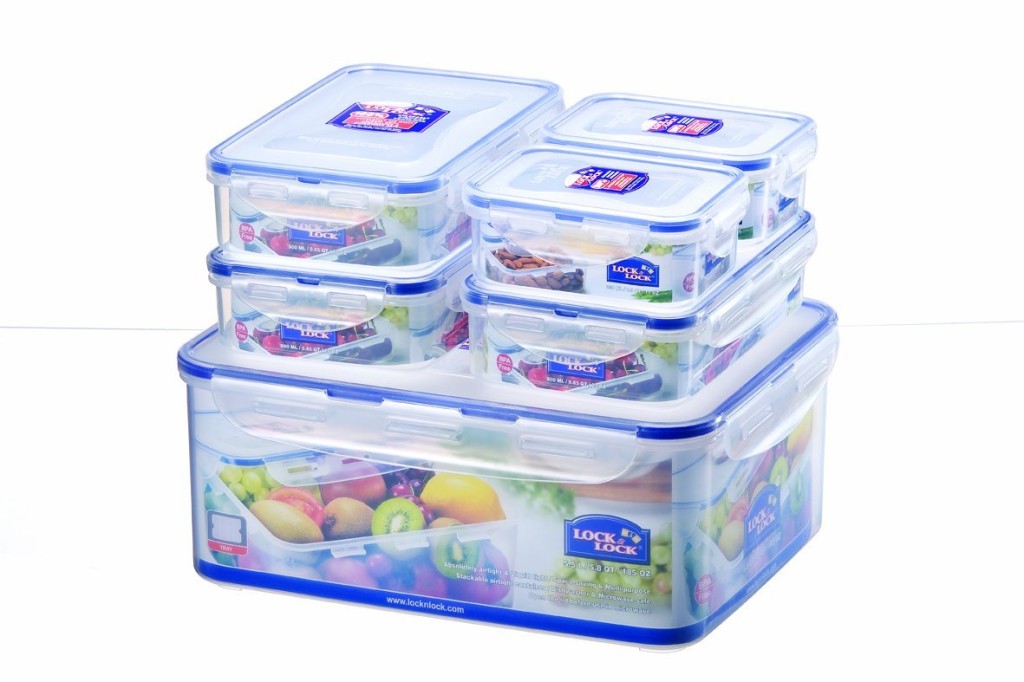 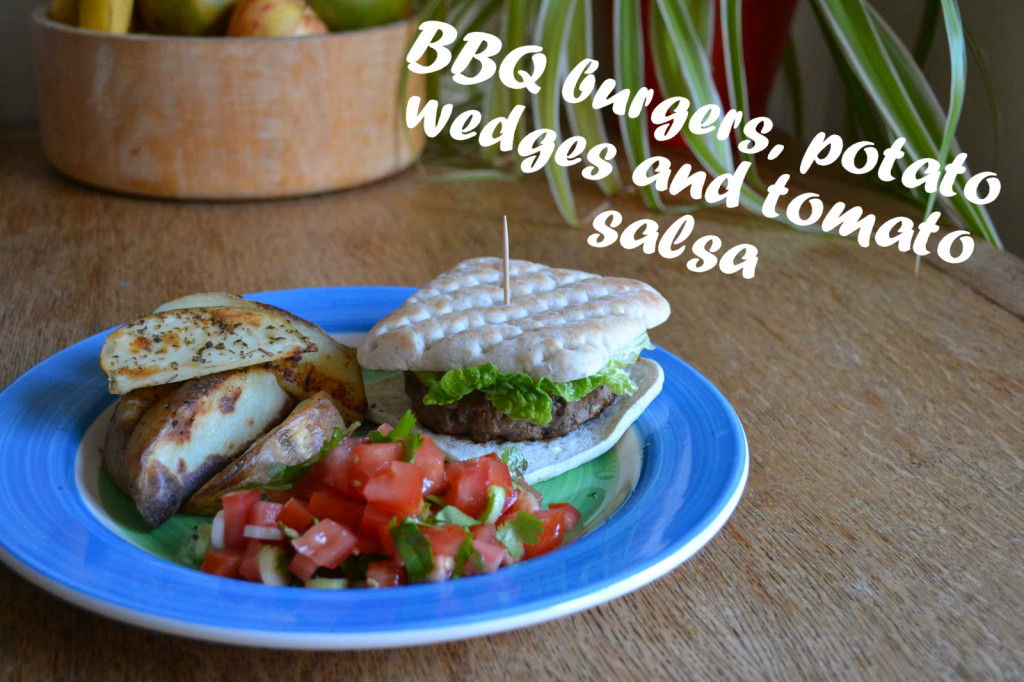 If using a bbq, start by lighting it in order that the coals will be hot enough to cook on – usually about 15-20 minutes. (You can also fry with a few sprays of cooking spray, or grill.)

In a large bowl, mix together the mince, onion, oregano, ground cumin and coriander, garlic and plenty of seasoning. Divide the mixture into 4 and form into balls. Now flatten the balls, and make them square-ish and about the same size or slightly larger than the sandwich thins. Set aside.

For the chunky wedges, preheat the oven to 200C. Put the potatoes and dried herbs into a large bowl. Season well and spray with calorie controlled cooking spray. Toss everything together until evenly coated. Spread the wedges onto a non-stick baking tray and bake for 30-40 minutes, turning once or twice, until golden.

Meanwhile, for the tomato salsa, mix together the tomatoes, spring onions, chilli, coriander and lime juice to taste. Season and set aside until needed.

To cook the burgers, put on the bbq directly over the coals, and cook for 4-5 minutes each side, until the juices run clear. Toast the sandwich thins over the coals during the final couple of minutes’ cooking time.

Serve the burgers on the sandwich thins, with lettuce, tomato salsa and mustard, accompanied by potato wedges.

Disclosure: I am being compensated by Weight Watchers as one of their #stepintosummer challenge bloggers but all words and opinions are my own.

*One of my favourite ever words – perusal.