I have had at least 17 awesome blog ideas this week. Unfortunately, my brain having turned into some sort of old sponge over the last few years, I can’t remember any of them. I know that whilst out for dinner on Monday night for example, I said ‘I should definitely blog about that’ at least three times. What the ‘that’ was though, I have no idea.

Lots of blog ideas come to me in my sleep, but by the time I wake up and try to write them down, what felt like the most ground-breaking or hilarious idea I have ever had has turned into something really lame. It’s a bit like when you have a dream that feels like a Hollywood blockbuster until you try to explain it to someone – ‘Well, we were in our house, except it wasn’t our house, and there was thing creature that was really scary but has a jam jar for a head…’

I’ve been finding it frustrating. I know the ideas are in there, but the minute I try to pin the thoughts down they get further and further away.

I made up an infographic about it to try to ease my frustration and at least give me something to write about whilst I try and remember what my awesome blog ideas were.

Where do you get your blog ideas from and how do you capture them? 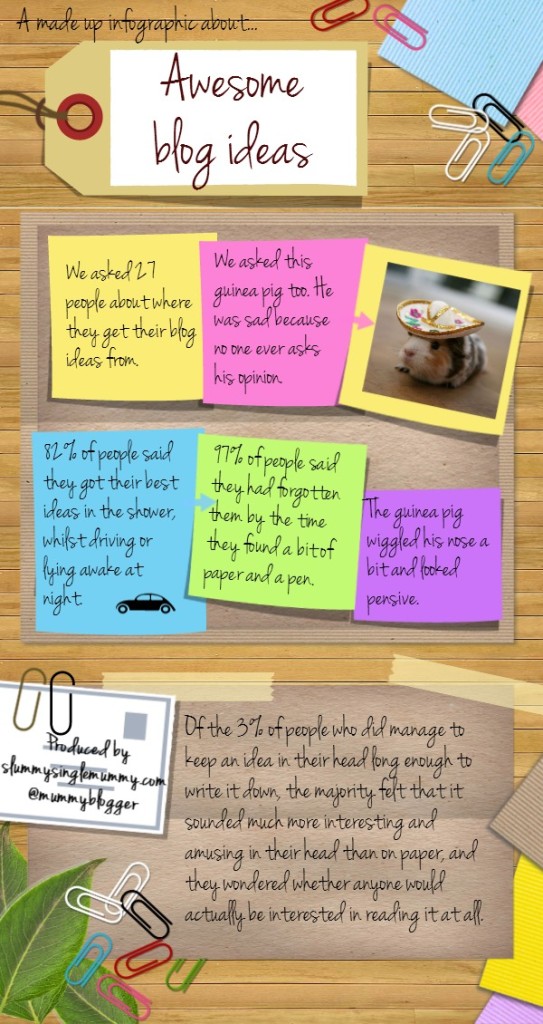