It often surprises people to hear that I have an online betting account.

Don’t get me wrong, I’m not placing bets on greyhounds every day or anything, but I do like the occasional gamble. Sometimes it’s just for fun – like the Grand National – other times I place bets to balance out things I really do or don’t want to happen.

For example, when Andy Murray was beaten at Wimbledon in 2012 by Roger Federer, I won £30. Murray may not have won, but I had a cash bonus to console myself with. Hoorah! This year I lost money, but Murray won – in each case I think to myself ‘how much would I pay to see something happen/not happen?’

Needless to say when the Tories came into power at the last election I made a nice little bit of money.

Some people take issue with gambling, but to me it’s just like cake or coffee or any other ‘guilty’ pleasure. Overeating can be a problem for some, (i.e. me), but that wouldn’t stop me blogging about cake, it’s just about taking a sensible approach and enjoying things in moderation. Most importantly, I never gamble with more than I can afford to lose.

I’ve even (once) been to a bingo hall and used one of those special felt tip markers that all the serious bingo ladies have. It was actually quite exciting, and a much better way in my opinion to spend an evening than standing up in a noisy nightclub, wasting money on overpriced shots that are only going to leave you with a headache. 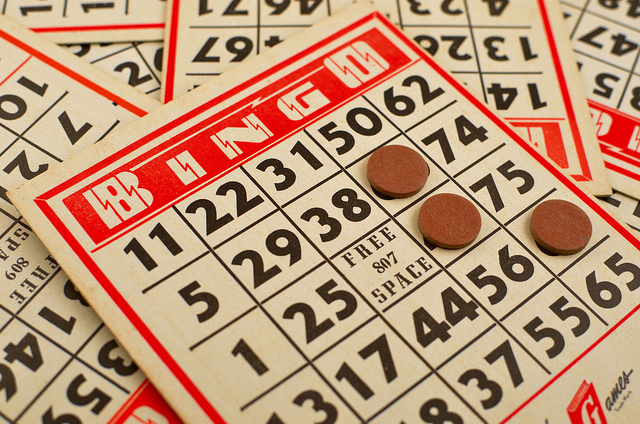 I haven’t ever played any of the online bingo promotions, but wouldn’t be averse to giving it a try and am interested to see what the new, revamped 888ladies Bingo site has to offer.  live at the time of writing but it promises a new, interactive format, designed to ‘make it great’ for players. This will include the chance for players to have a say in the features and promotions they want to see and plenty of deposit free bingo rooms.

If you are partial to the odd flutter, visit the brand new 888ladies and see what you think for yourself.

Disclosure: This is a sponsored post. All proceeds from this post will go to the DEC Philippines appeal.