On Sunday we went for a day out at Cadbury World.

I have been before, about three years ago, but Belle has never been. Boyfriend took me there on a date the first time I ever went to visit him in Birmingham. If being taken to a chocolate factory on a first date isn’t a good sign then I don’t know what is. 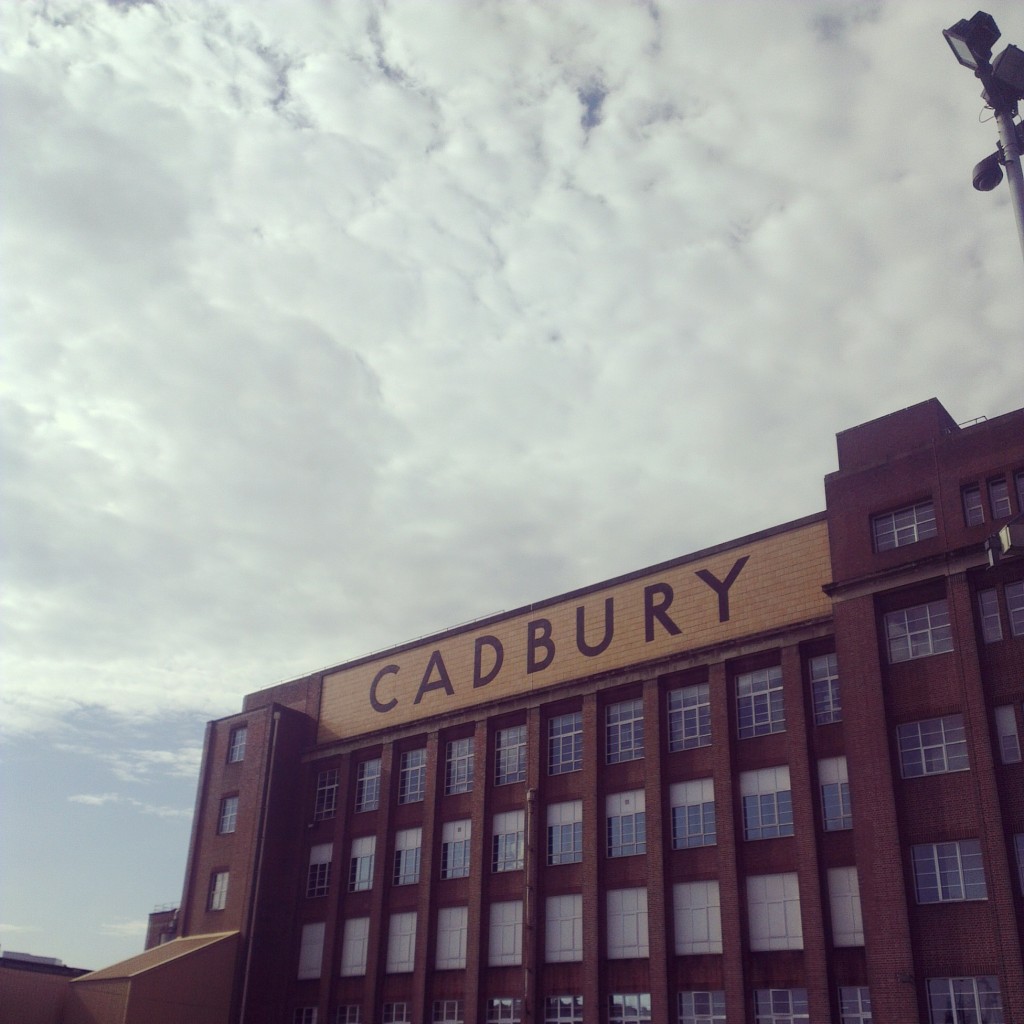 On my second visit it felt like there was a lot more to look at and see. I don’t think anything was particularly new, but I do suspect that the first time I went I may have been a little distracted, concentrating on being witty and charming and making sure I always stood at a flattering angle.

Part of the Cadbury World experience is a walk around the factory but this is really a sideline. This did feel a bit disappointing as I am a bit of a factory geek and would have liked to have seen more of how the chocolate is actually made and the processes it goes through. Instead you just get to press your face up against a perspex wall and if you’re lucky you’ll see some finished bars of chocolate being packaged. Perhaps they are worried about an Augustus Gloop type situation – I would quite probably be the greedy one who accidentally fell in a vat of chocolate.

All of the activities and displays going on alongside the factory element though were excellent, with plenty of opportunities to get hands on trying your hand at piping, mixing up ingredients, and of course tasting the chocolate. 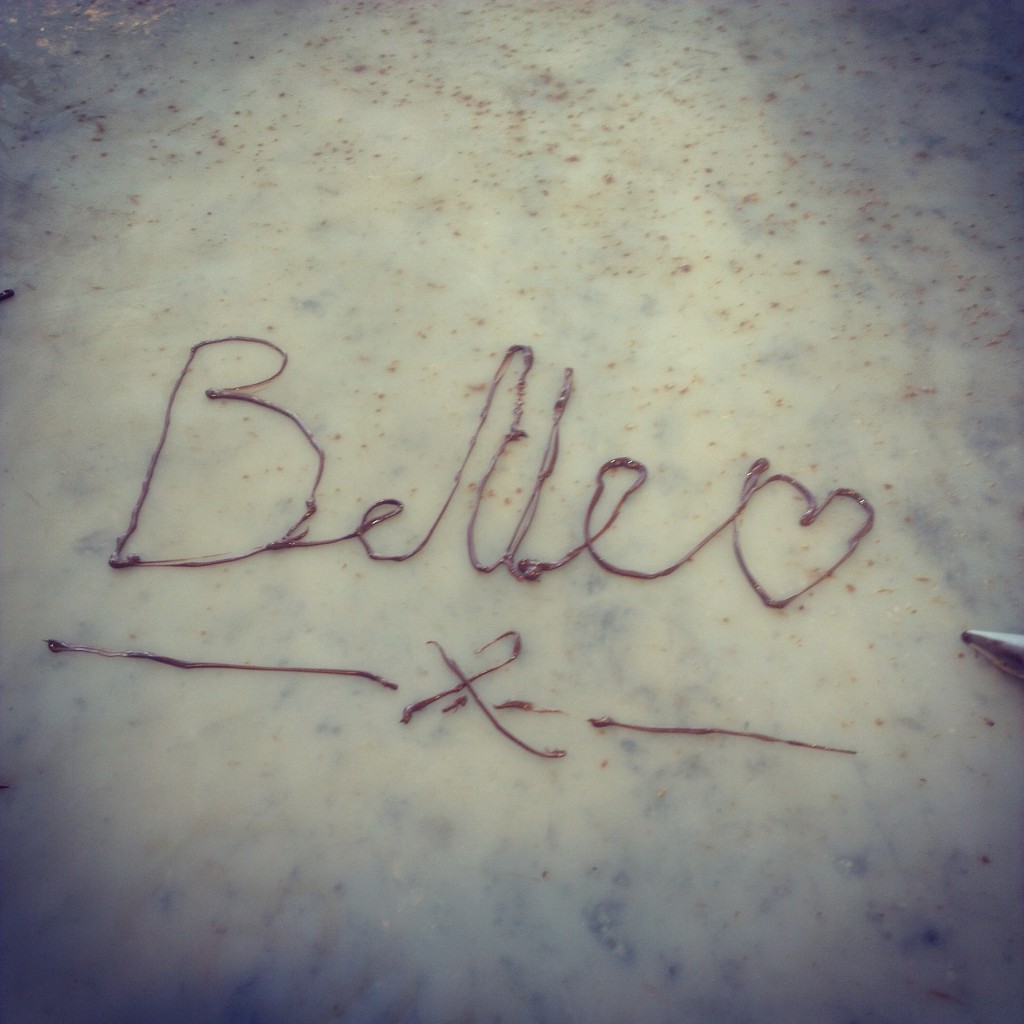 I really enjoyed learning more about the history and ethos of the Cadbury family and the development of the village of Bournville (named after the river Bourne and because anything French sounding was considered de rigueur at the time). Cadbury was way ahead of its time as an employer, offering all kinds of rights and privileges for workers. The family were Quakers, and applied their beliefs to the way they worked and the way they encouraged workers to live in Bournville. 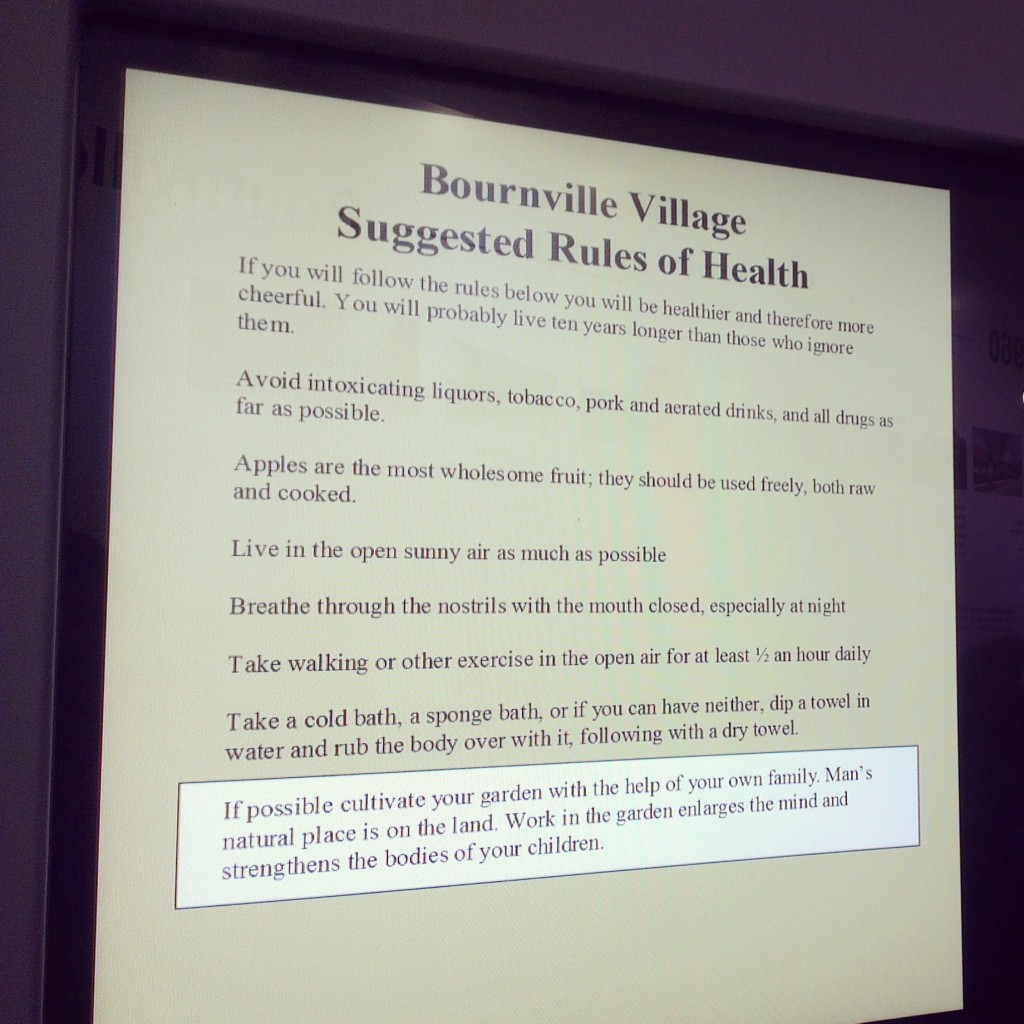 One of Belle’s best bits was designing her own packaging and seeing it displayed in a shop window. 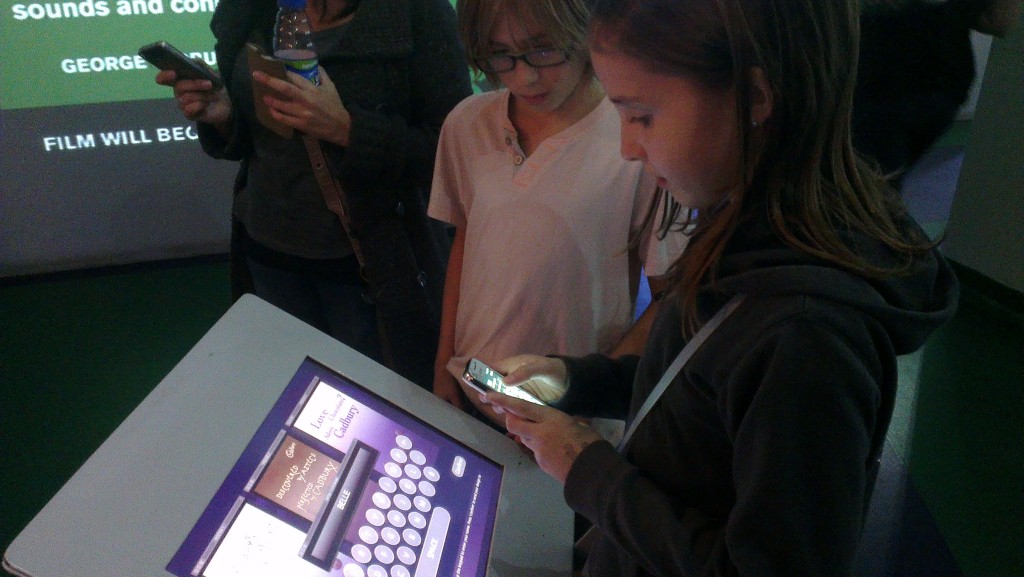 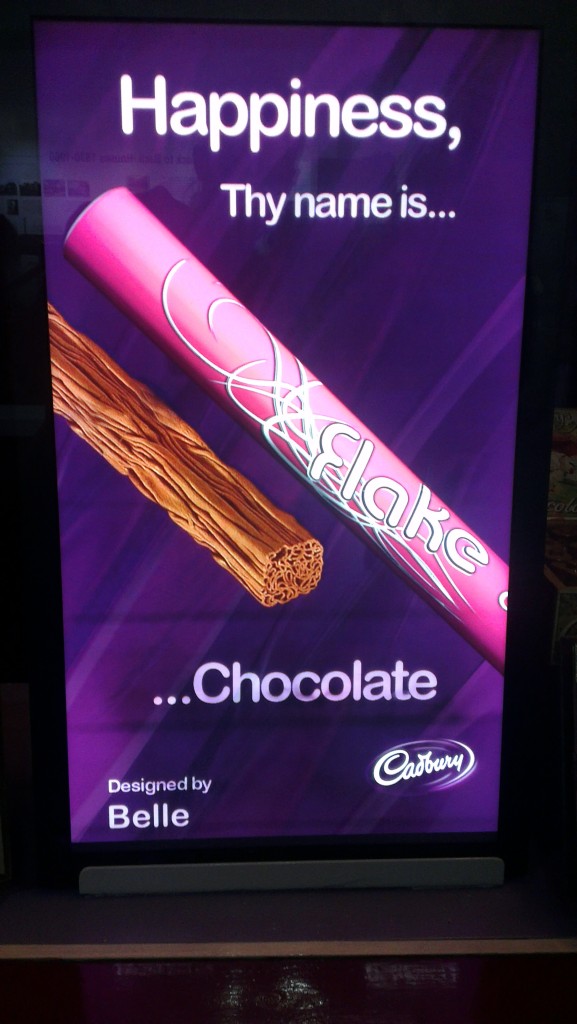 Of course one of the most exciting bits for kids of any day out is the shop, and the shop at Cadbury World does not disappoint. Vicky, the friend I was with, couldn’t resist the vintage style thermos, and because she spent over £20 she got a free teddy too! 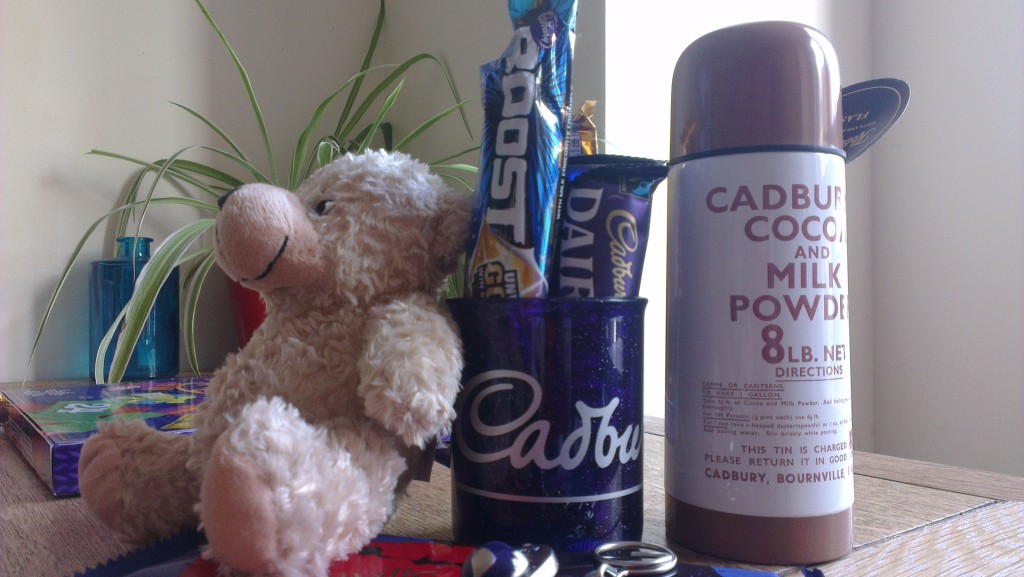 I may have accidentally bought one or two chocolate bars, including this Bournville rum and raisin, which I had never seen before. 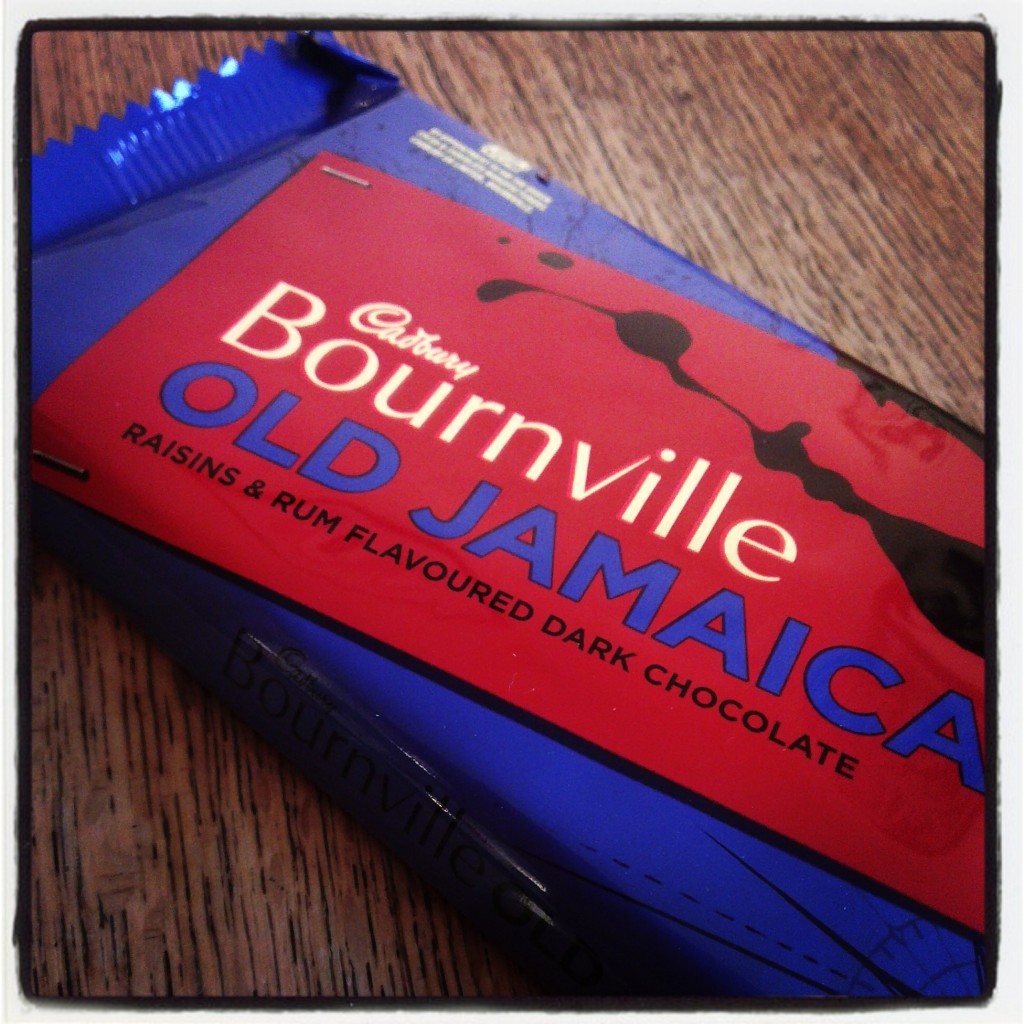 I also spotted some of the new Cadbury Pebbles, which I tried for the first time recently. I have boycotted Nestle for the last ten years so was really pleased to discover that Pebbles are a bit like extra large Smarties, as I do miss those! Of course they are even better than Smarties, as Dairy Milk has always been the superior chocolate in my opinion. 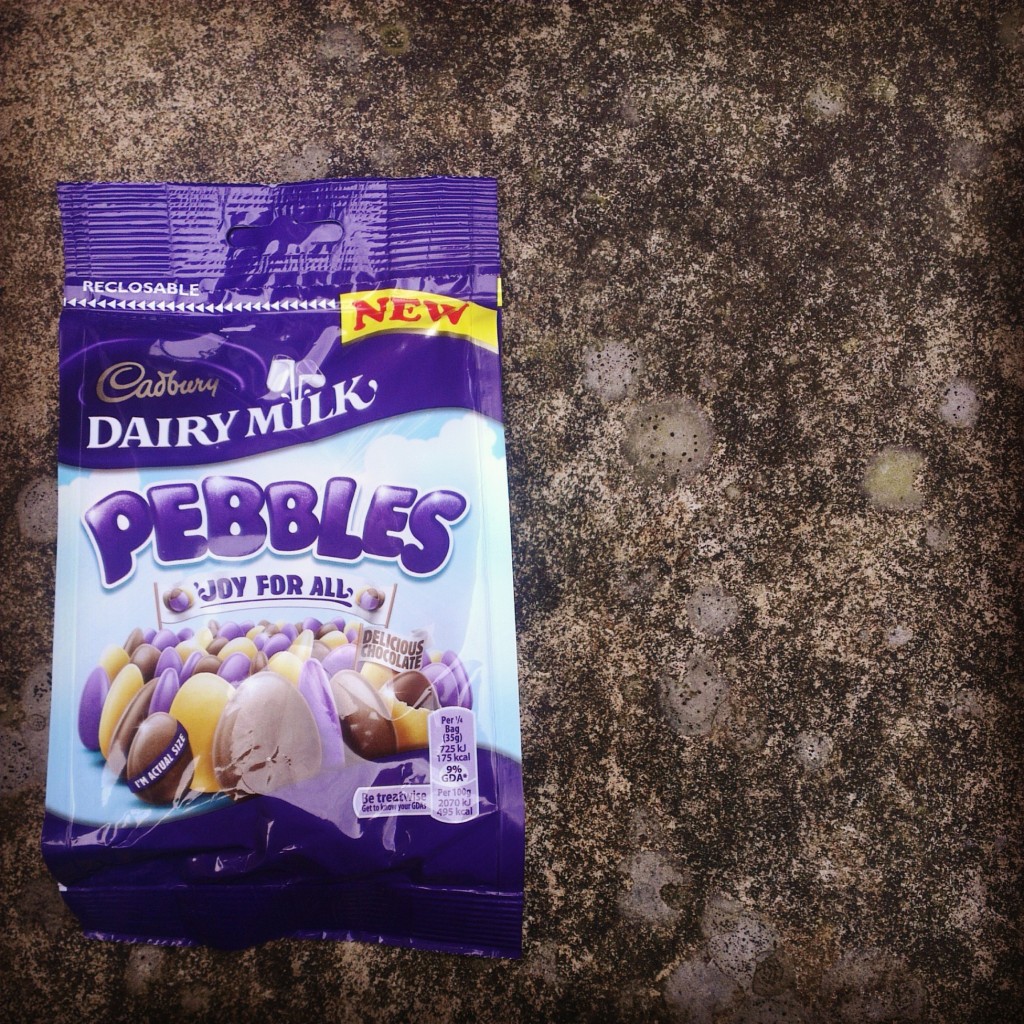 All in all, having been to my fair share of dire family attractions, I thought that Cadbury World was excellent. We spent a good three and a half hours there, everything was well thought out and there was plenty for everyone to enjoy – well worth a visit!

Disclosure – we were given a family ticket to Cadbury World and a bag of Pebbles for the purposes of this review.