A few weeks ago I was loaned a Skoda Octavia for a week by Autogas Ltd to test whether or not I could save money with a car that had been converted to run on LPG. 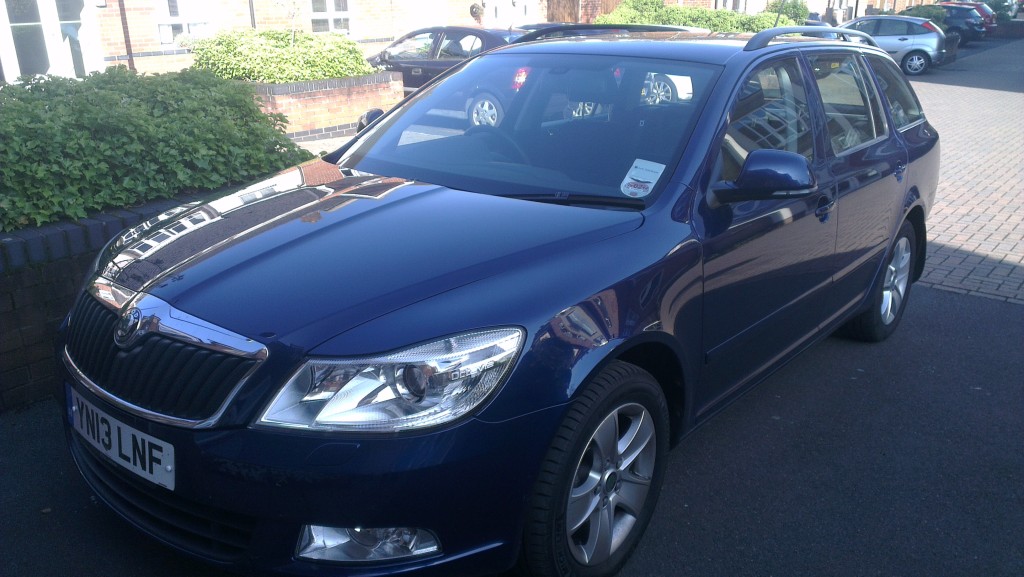 In case, like me, you’re not 100% sure what LPG actually is, here’s the science bit:

Liquefied Petroleum Gas is a natural hydrocarbon fuel made up of Propane and Butane. When placed under a small amount of pressure (7bar or 100Psi) it becomes a dense liquid, allowing large quantities of gas to be stored in a relatively small space.

So there you go. Crystal clear now isn’t it? 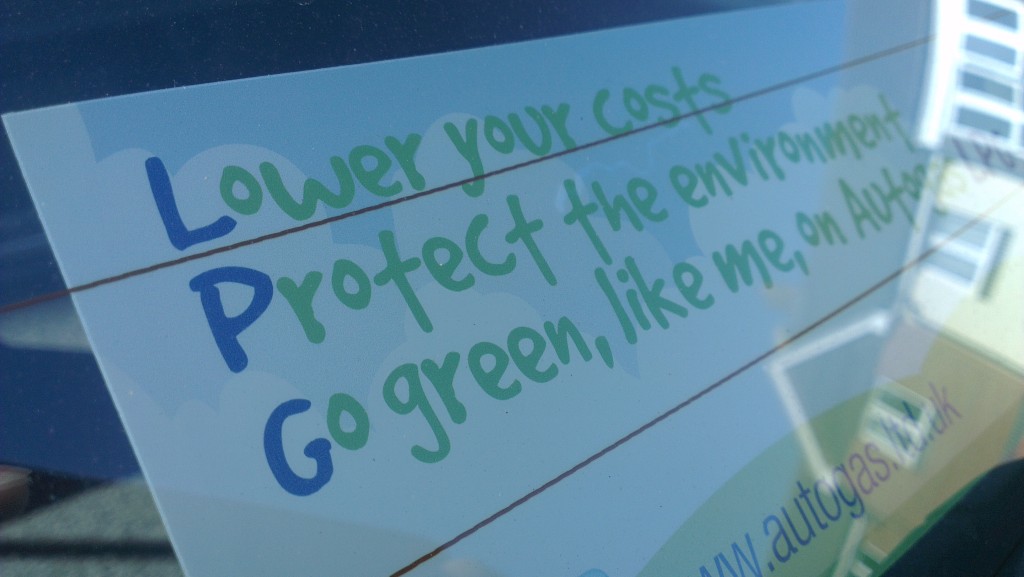 Basically LPG, or autogas, is a cheaper and greener alternative to petrol or diesel. Any petrol car can be converted to also run on LPG and a conversion normally costs between about £1,200 and £1,500. If you drive around 20,000 miles a year you should make this back over about two years. After the conversion you end up with a hybrid that can run on either LPG or petrol. The LPG tank is normally put into the space of the spare tyre (so try not to get a puncture) but is sometimes installed underneath the vehicle. Check out www.tyre-shopper.co.uk if you need new tyres – decent tyres help your fuel economy too. 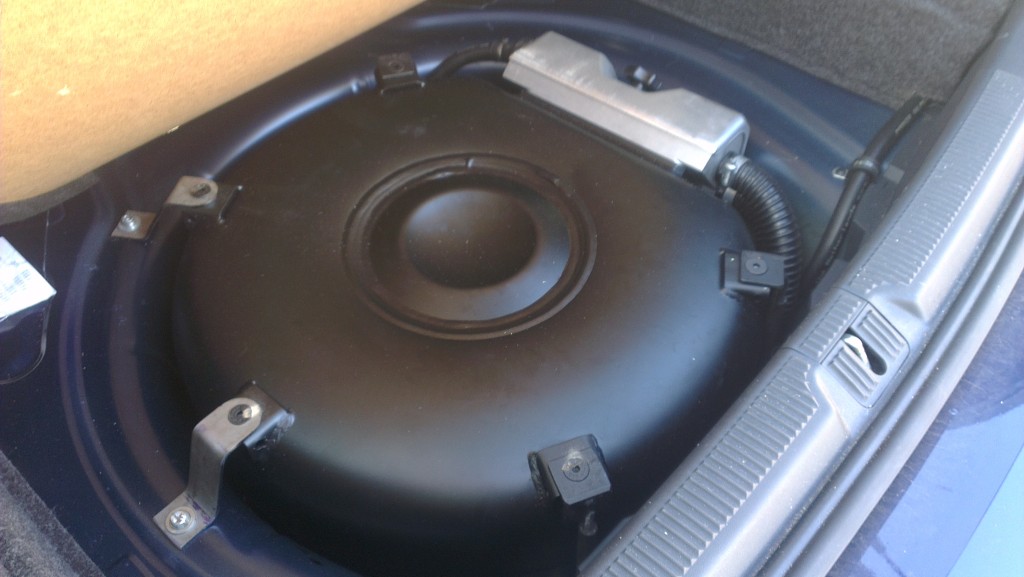 The tank in our Skoda held enough LPG to go about 300 miles. The engine then automatically switches to petrol. You end up with two fuel gauges on your dashboard, so you can see exactly how much of each type of fuel you have left. The running of the car is supposed to feel the same, although both Boyfriend and I felt the acceleration, especially in low gears, wasn’t quite as powerful with the LPG. I am normally a pretty good driver, put did stall a couple of times going to pull away when it was in LPG mode. I’m pretty sure this would be something you’d get used to and adjust to very quickly though.

When it comes to filling up, there are over 1,400 service stations around the UK currently selling LPG, including nearly one in every four Shell sites. If you think the idea of having to track down your nearest supplier regularly sounds a bit of a hassle, there are loads of location finder tools including a sat-nav add on, mobile phone app, and online route planner. To fill up you simply undo the LPG cap on the side of the car and refill as you would a regular petrol tank. The Autogas website has loads of tips and even a video if you want a bit more detail about how it’s done. 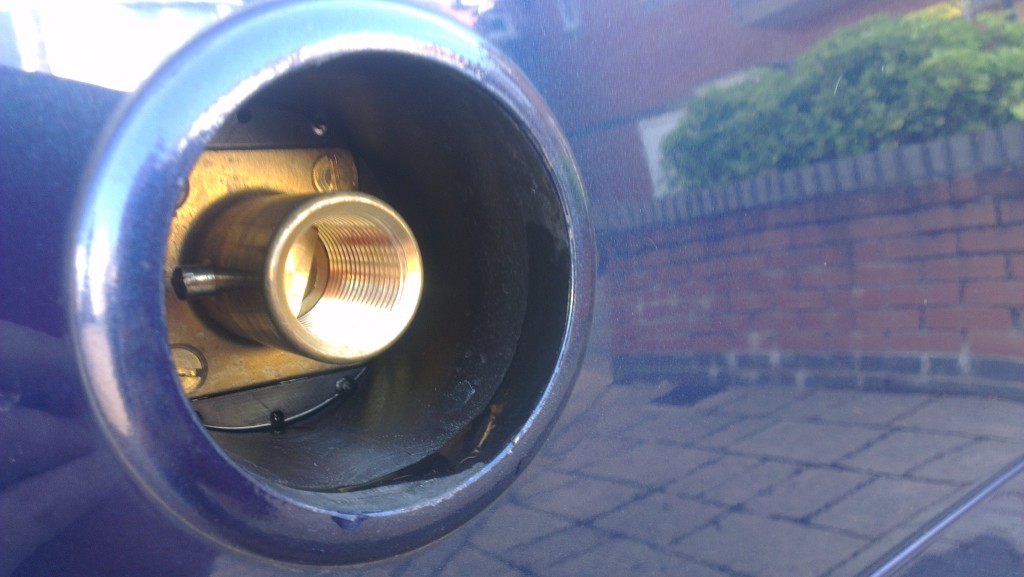 The most important part of our test of course though – does it save you money? Over the course of our week we did a mixture of driving around the city plus a big motorway run, and got through a whole tank. Based on the mileage we did and the cost to refill it, we averaged almost exactly 10p a mile.

I compared this to some of the average fuel costs on the AA website, and 10p a mile is actually really good. I’m not sure what MPG you would normally get out of a petrol Octavia but according to the AA, the average petrol cost per mile of a car that costs between £18,000 – £25,000 when new (this is their middle bracket) is 15.77p.

If we do some quick sums then, based on our personal annual mileage of about 12,000:

That would be an annual saving of nearly £700 – not something to be sniffed at. (This is for illustration purposes only – I don’t know the actual MPG for the petrol version of this car). Autogas Ltd though estimate average annual savings of up to 40%. Of course this will vary depending on your car.

If you’re tempted to find out more, a good place to start is the Autogas Ltd website. 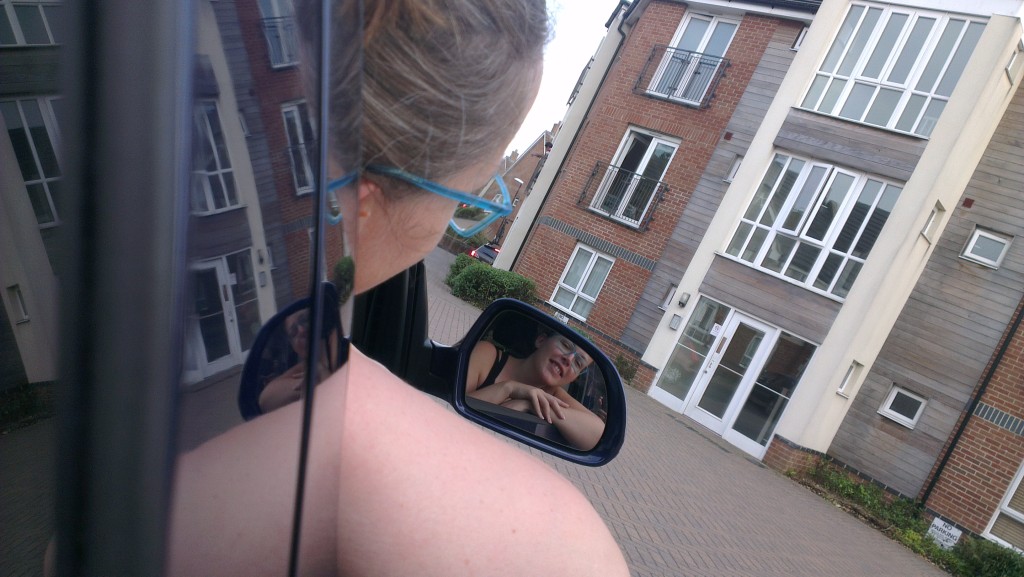 I was given the car to test out for a week for the purposes of the review.