Do you remember the famine in Ethiopia in 1984?

I was six at the time, but I remember seeing the coverage on the television. I remember too that my Auntie Jill bought me the Band Aid single for Christmas. What I don’t remember though is being able to connect the images I saw on the screen with actual people. The people dying were a thing, a concept, rather than individuals. At six years old exactly how would you get your head round it otherwise?

Of course the problem was that they were real people.

On Wednesday we drove around 350km north of Addis Ababa to the Antsokia Valley, where in 1984 around 15-20 people were dying every day because they didn’t have enough to eat. 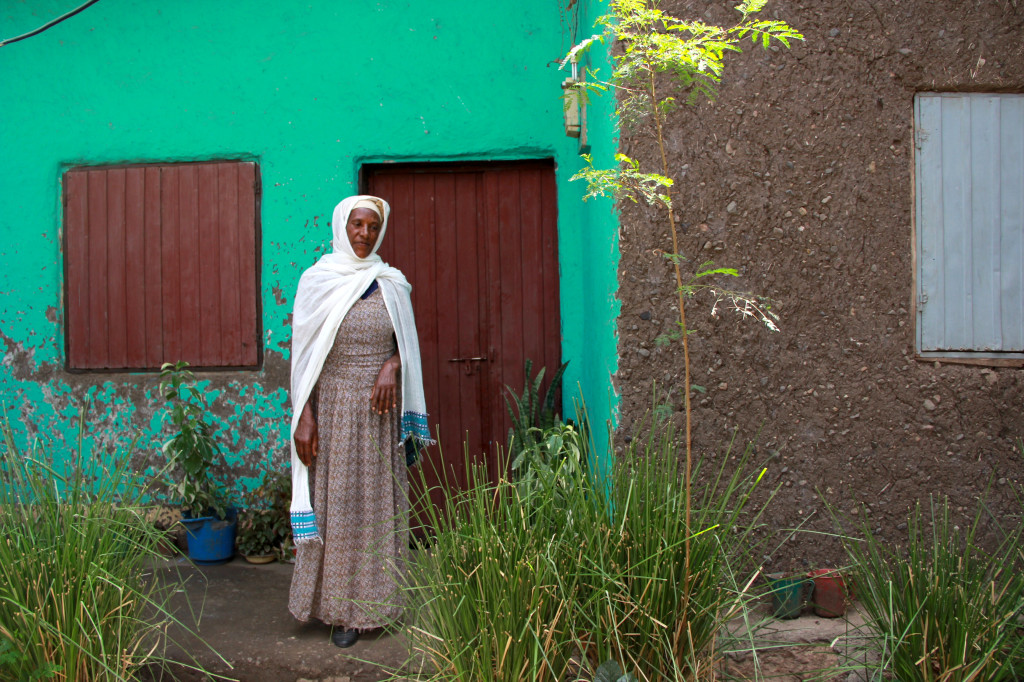 Zewde Mulatu took her four children to a feeding centre in Antsokia in 1984. All of them survived.

Can you even begin to imagine how that must have felt? The initial unease as the rains fail to appear, a growing sense of panic about how you will feed your family, turning to hopelessness as you realise there is nothing. It’s impossible to imagine, with our supermarkets on every corner, being able to walk for miles and simply not be able to find food.

What’s amazing, if you think of the coverage of the famine, is that anyone survived at all. The pictures I remember seeing of children, skin and bones wrapped in dirty blankets, certainly didn’t inspire hope. Those affected at the time definitely weren’t hopeful. Thanks to aid organisations across the world though, most of those who experienced the food crisis, who could see no way out, lived to tell the tale.

Today we met with Aschalu, a daughter of Zewde, who was a child at the time of the food crisis. She was 10 she tells us, and is 35 now. It doesn’t quite add up, but then a lot of people in Ethiopia are hazy about their age as they’ve not been officially registered at birth. Amongst women particularly there in a tendency to lie – everyone wants to be younger. It seems some things are the same wherever you go. 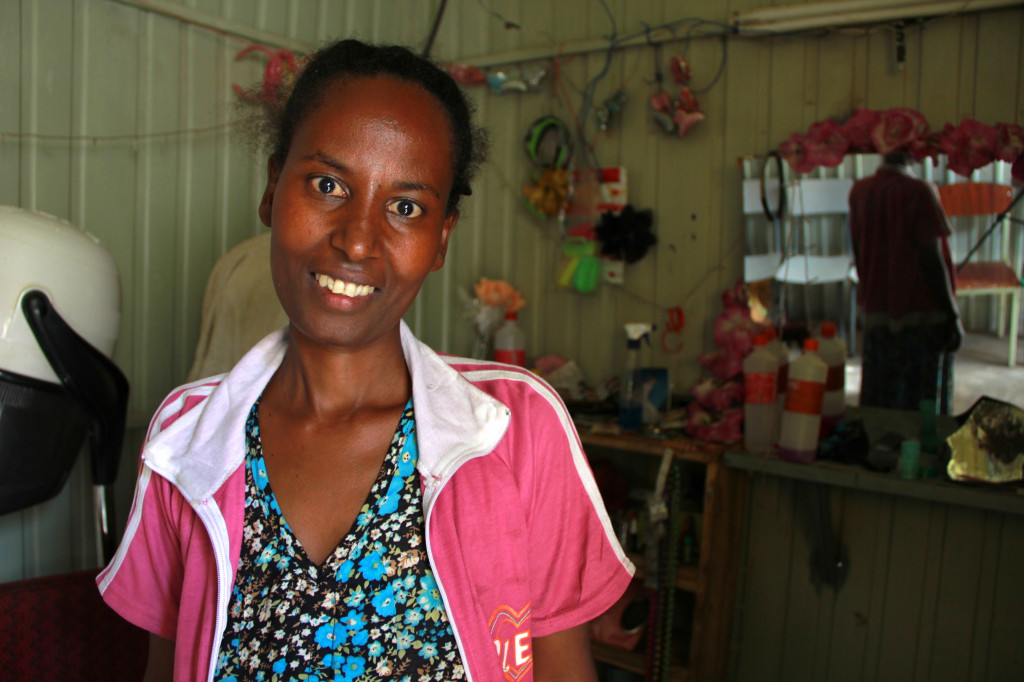 Stepping into Aschalu’s beauty parlour is a bit like stepping into a sauna. The small shack is sweltering, the heat having built up over the day from the sun, the driers that stand against one wall and the two pairs of curling tongs that sit over an open flame. A woman sits in curlers under one of the driers and a young girl perches on a chair in the middle of the room, her bare feet dangling, steam rising from her unruly hair as it is straightened. 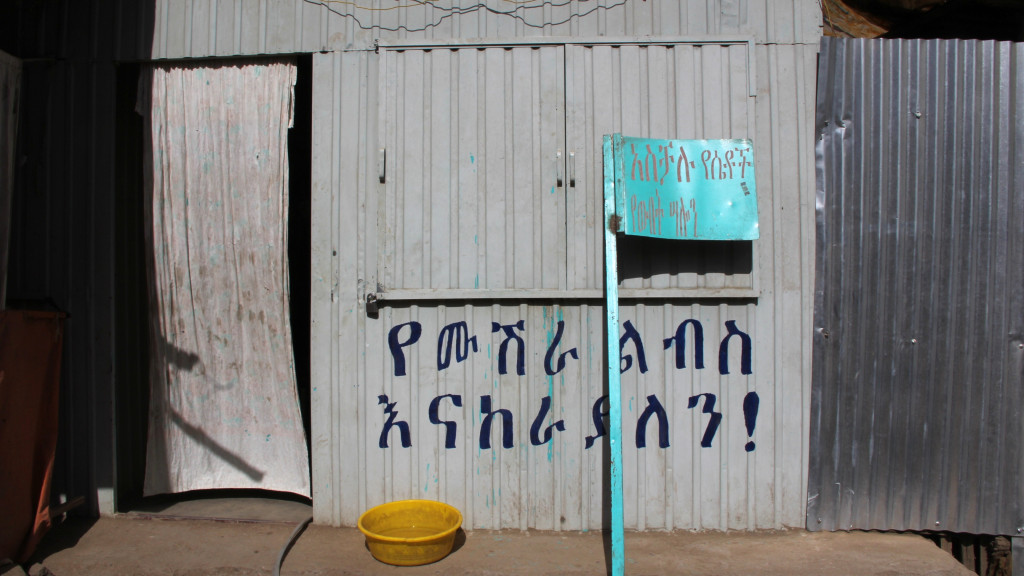 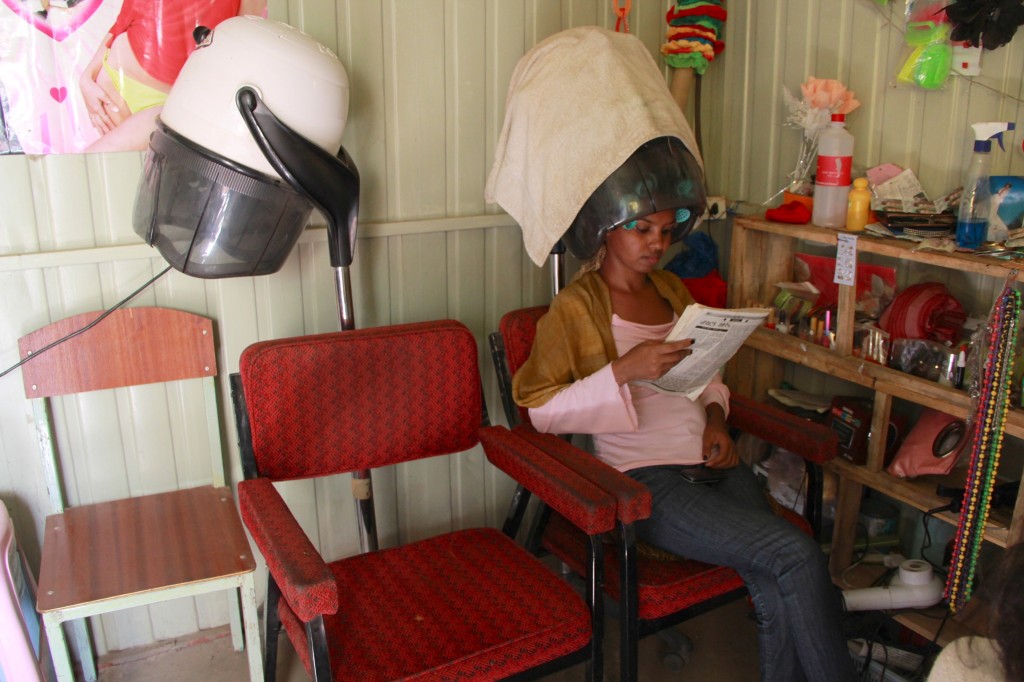 I’m not sure what the Ethiopian equivalent is of ‘been anywhere nice on your holidays?’ 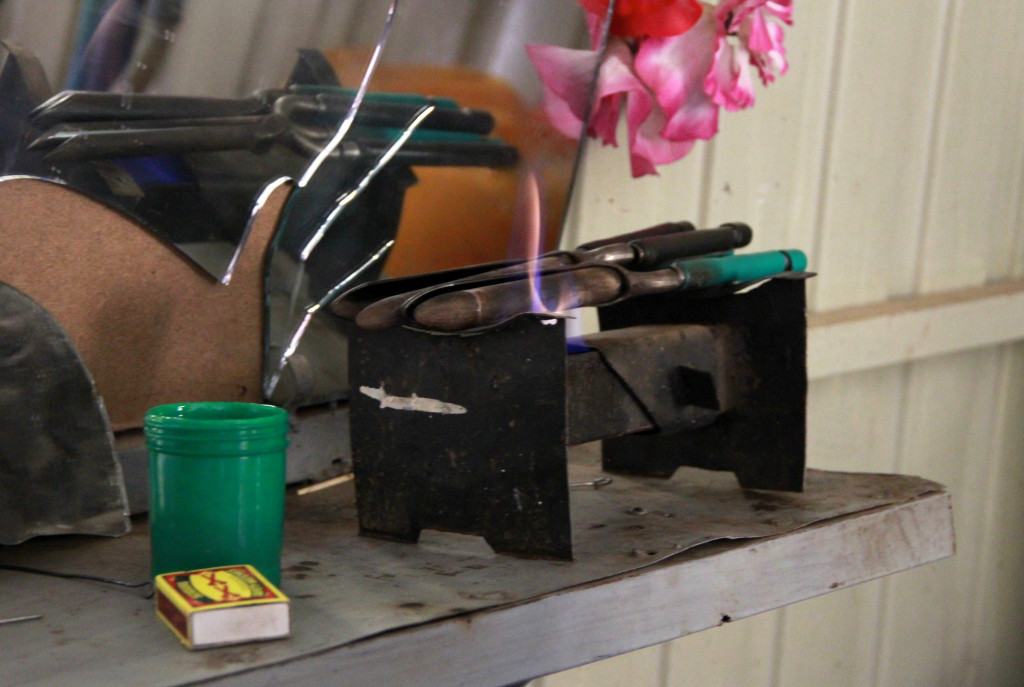 We sit in chairs along one wall, sweating quietly.

Aschalu tells us her memories of the famine of 1984. “I remember walking, looking for food,” she tells us, looking straight at the camera, her face passive. “Along the way many people were leaving their dead babies and children at the side of the road.” It’s an image I can’t bring myself to dwell on for long – families with no choice other than to simply throw their loved ones to one side. “I remember being fed with a spoon,” she tells us, “with porridge.”

Aschalu is just one of many people we meet in the Antsokia Valley who are proof that there can be life even after so much death – both in terms of people and the environment. When World Vision arrived nearly 30 years ago Antsokia was completely barren and dry. Nothing could grow and the land could not support life of any kind.

Now though, thanks to both aid and training and to the incredible determination and resilience of the area’s inhabitants, Antsokia is thriving. The local school teems with excitable, smiling faces. Local farmers have developed improved farming methods and irrigation systems, and women like Aschalu have created sustainable small businesses that provide an income for their families.

We know though that Ethiopians are nothing if not ambitious and Aschalu won’t be settling for one small salon. Like every single person we have spoken to so far, she has very clear hopes and dreams for the future, and Aschalu not only plans to expand her beauty salon business, but also wants to branch out into photography, opening a studio where people can come and have their portraits taken.

When you see the changes that have been made in the last 30 years, you can’t help but feel excited for the future of Ethiopia.

If you’ve been moved by this story, please consider signing up to support the Enough Food For Everyone IF campaign – it only takes a minute.