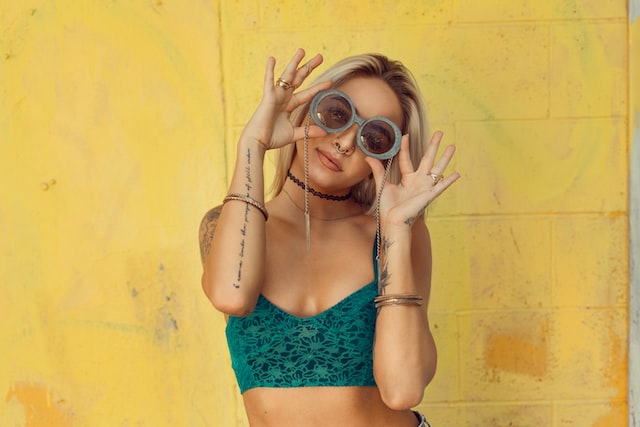 If you’ve ever thought that it would be a lot of fun to be a bratty sub over a hot and steamy sexting session, then you’re not alone. There are millions of people all over the world who enjoy being bratty while they’re talking to other people. It’s a very common kink and it can be a lot of fun to try out for yourself. You just have to know how to make that happen in a way that will keep the other person interested in talking to you. You never know how a stranger is going to react to a person who acts like a brat online.

Kinky Ways to Be a Brat Sub Online

The very first thing you have to figure out is how to be a brat in the first place. That means that you have to know what a brat is and why people like acting like them. A brat is a submissive person who likes to behave badly and with poor manners. That can get old extremely quickly when you’re getting it from a child but it will drive you insane within seconds when you’re getting it from an adult. That’s why you have to find a way to do it that happens to be endearing rather than annoying.

2. The best time to start with it

It’s a tough thing to make happen but some people manage to do it. You just have to know when to do it. The best time to be a brat is when you want to generate energy between you and your dominant. If you act up then they’ll have to punish you and that’s what you should be after. Once you get punished, you’ll understand that you should never act like a brat at a bad time again. That’s where the fun of the whole situation happens to come from for most people.

3. Be a brat over sexting

If you want to be a brat over sext, then you really have to figure out how. You need to be able to get the bratty attitude across without turning them off and making them decide to talk to someone else instead. The best way to do it is to simply have a brazen or sarcastic attitude. You don’t want to refuse to listen to them but you do want to be witty while you carry out the orders. That’s going to let them know that you’re able to follow directions while still being fun about the whole thing.

4. Start talking to an interesting person

If you can pull that off then you’ll be in a very good position to continue talking to the person you’re interested in. The next thing to do is to simply question everything that you’re told to do. You still have to do it, but you have to ask why you’re doing it if you want to be a brat. That’s something that will make your dominant think about why they’re ordering the things they are and how they’re supposed to make you feel. That’s a pretty good way to really explore the D/s dynamic.

5. Be a brat sub on Arousr via sexting

If you want to find a place where you can really be a brat and enjoy it via sexting then it’s Arousr. This site has lots of women who can dominate you and make you do things that you never would have even thought about before. The best part is that you can be a brat with them and they’re going to know how to control you. You don’t have to worry about going too far because they’ve been dealing with brats for a very long time. You can be yourself and you’ll quickly learn what the limits another person is willing to put up with happen to be.

6. Choose a chat host to try it

You can also choose the person you talk to and see exactly how they look before you send off your first message. Once you choose her, you’ll get a direct line to her phone so you can talk to her directly. That’s going to let you talk in real time so you never have to wonder if the other person disappeared. Try it out and it will be the best place for you to be a brat whenever you feel like doing it.