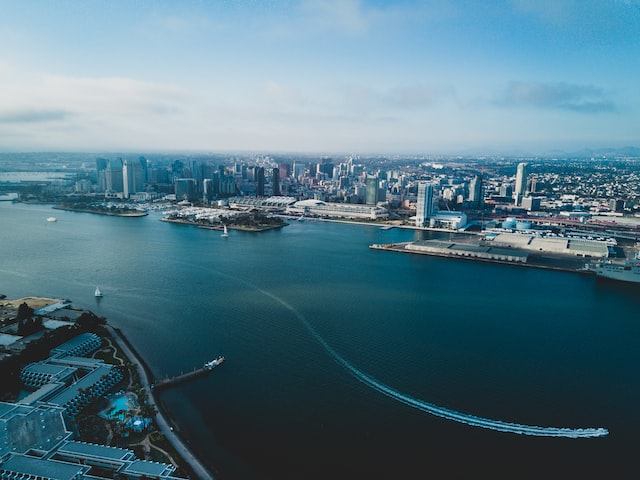 The city of San Diego is a great place to bring your kids for a vacation. With its many attractions and activities, there is sure to be something for everyone in the family to enjoy. Here is an in-depth guide to help you plan your trip and make the most of your time in San Diego with your kids.

San Diego is home to some of the best beaches in California. Kids will love playing in the sand and waves at beaches like La Jolla Shores, Coronado Beach, and Mission Beach. There are also several water parks in San Diego, such as SeaWorld San Diego and LEGOLAND California Resort, that make for a fun day out.

If you’re looking for educational activities, San Diego has plenty to offer as well. The San Diego Zoo and the Safari Park are both world-renowned and provide a great opportunity to learn about animals from all over the world. The Museum of Contemporary Art San Diego is also a great option for kids who are interested in art.

So, here is a full list and a detailed guide on what you can do when visiting San Diego with kids.

San Diego’s beaches are some of the best in California and offer a great opportunity for kids to play in the sand and waves. Popular beaches in San Diego include La Jolla Shores, Coronado Beach, and Mission Beach.

San Diego is home to several large water parks, such as SeaWorld San Diego and LEGOLAND California Resort. These make for a fun day out with the family and provide a chance to cool off in the heat of summer.

3. Explore the Zoo or Safari Park

The San Diego Zoo and Safari Park are both world-renowned and provide a great opportunity to learn about animals from all over the world. The Safari Park also offer safari tours where you can see animals up close in their natural habitat.

The Museum of Contemporary Art San Diego is a great option for kids who are interested in art. The museum has a variety of exhibitions and programs that are designed to engage and educate young visitors.

San Diego’s harbor is home to a variety of ships and boats, including the USS Midway Aircraft Carrier Museum. A harbor cruise is a great way to see these vessels up close and learn about their history.

Whale watching trips depart from San Diego’s harbor and provide an opportunity to see these majestic creatures in their natural habitat.

The San Diego Trolley is a great way to get around the city and see some of its most popular attractions. The trolley has several different routes that cover all of downtown and many of the city’s neighborhoods.

Balboa Park is a large urban park that is home to museums, gardens, and the world-famous San Diego Zoo. The park is a great place to spend a day exploring with the family.

9. See a Show at the Old Globe Theatre

The Old Globe Theatre is one of San Diego’s most popular cultural attractions. The theatre presents a variety of plays and musicals throughout the year, many of which are family-friendly.

10. Watch a Sunset at Sunset Cliffs

Sunset Cliffs is a popular spot in San Diego to watch the sunset. The cliffs offer a stunning view of the Pacific Ocean and are a great place to relax at the end of the day.

The history of San Diego, California, can be traced back to the early days of the Spanish colonization of the Americas. The first European settlers in the area were members of the Portolá expedition, which arrived in 1769. The city was founded two years later by Juan María Díaz, a member of the expedition.

San Diego quickly became an important port for trade between Mexico and the rest of North America. The city also served as a base for military operations during the Mexican-American War and the American Civil War.

During the 20th century, San Diego experienced rapid growth due to its booming economy and population. The city’s deepwater harbor made it an ideal location for shipbuilding and other maritime industries.

Today, San Diego is one of the largest cities in California and is a major tourist destination. The city is home to a variety of attractions, including the world-famous San Diego Zoo and SeaWorld San Diego.

San Diego’s culture is a blend of American and Mexican influences. The city’s Hispanic heritage is evident in its architecture, cuisine, and art.

The city’s culinary scene features a variety of traditional Mexican dishes, such as tacos and enchiladas. San Diego is also home to a number of American chain restaurants, such as McDonald’s and Burger King.

San Diego’s arts scene is vibrant and diverse. The city has several museums, including the Museum of Contemporary Art San Diego and the Timken Museum of Art. The Old Globe Theatre is one of the city’s most popular cultural attractions. The theatre presents a variety of plays and musicals throughout the year, many of which are family-friendly.

San Diego is located on the coast of Southern California, just north of the Mexican border. The city covers an area of 372 square miles.

San Diego is a hilly city, with an elevation that ranges from sea level to 1,000 feet above sea level. The city’s highest point is Cowles Mountain, which has an elevation of 1,591 feet.

The city’s natural landscape is diverse and includes beaches, mountains, valleys, and canyons. Balboa Park is one of the city’s most popular parks. The park covers 1,200 acres and is home to museums, gardens, and the world-famous San Diego Zoo.

San Diego is a great destination for families with kids of all ages. With its beautiful beaches, exciting attractions, and abundance of things to do, there is sure to be something for everyone in the family to enjoy. Use this guide to help you plan your trip and make the most of your time in San Diego with your kids.