I had twenty years of one or other of my children being at school or college.

Imagine that, twenty years! Twenty years of packed lunches and nagging about homework and traipsing round shop after shop looking for exactly the right kind of skort. Twenty years of heading to Clarks and taking one of those tickets like you’re at an old supermarket deli counter, looking around at all the other parents who’ve also left it until August 31st to buy school shoes.

My point is, it’s a long time, long enough that you’d hope I’d have learnt a few lessons and be able to impart some back to school wisdom.

Always get the school photos

I know, they’re a rip off, and at the time you think ‘well I KNOW what they look like, I don’t need to pay £27.95 for that privilege’ but take it from me, you will forget. And yes, you’ve very likely got masses of photos of them already, but really how many photos of them do you have looking smart in their school uniform, posing for the slightly eccentric school photographer?

The top one here is Bee. The one underneath is me at a similar age. Whenever I think of myself, this is how I picture me still now, aged 44. 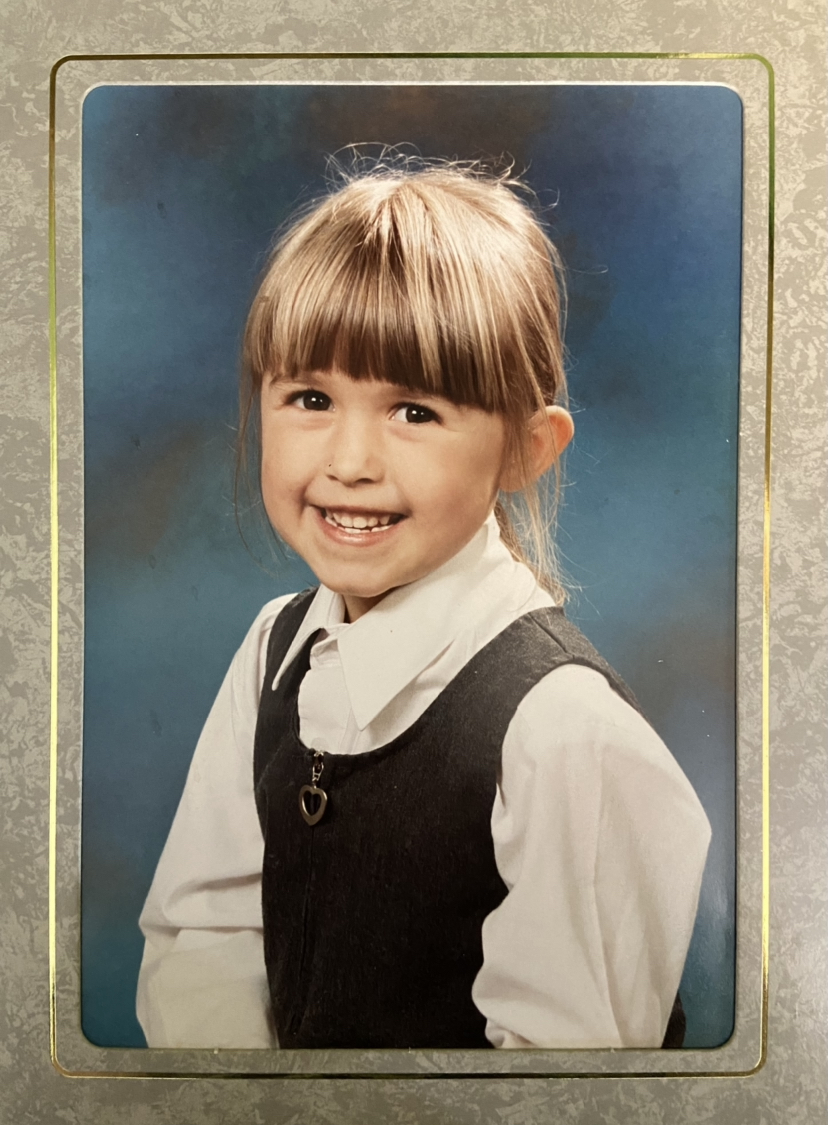 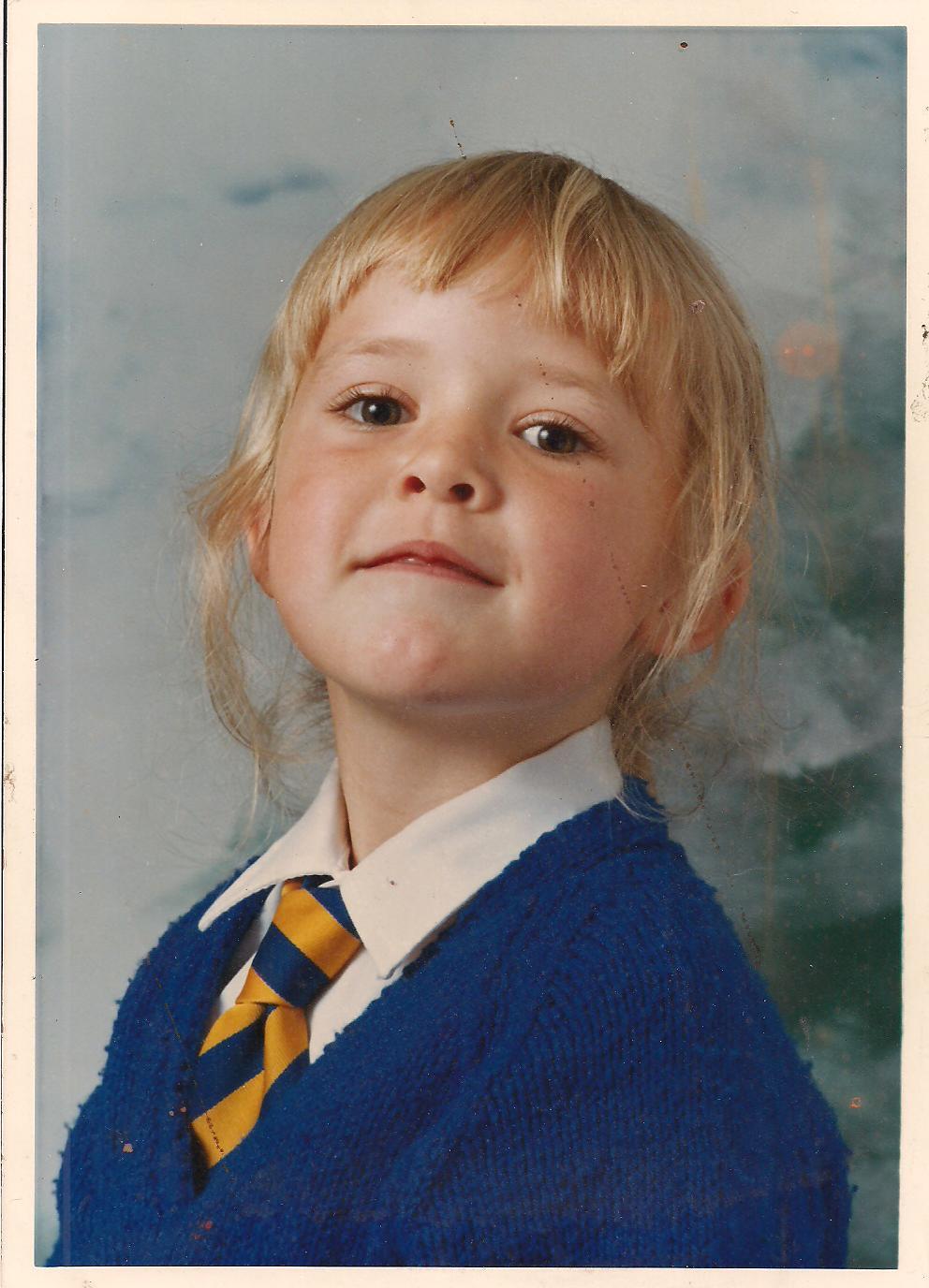 Go cheap and cheerful where you can

I grew up longing for one of those Oxford maths sets in the silver tin. And I mean LONGING. One year I went shopping with my Gran, who was a funny mix of ruthlessly strict with money and yet endlessly generous. You never quite knew whether you were going to get nothing at all, or whether she’d end up casually buying you the Oxford maths set as though it was nothing. On this instance it was the latter.

Turns out though that the longing was somehow more fun, and having in shiny maths kits in a tin DIDN’T make me super cool and popular. (I genuinely thought it would, which is exactly why I never was.)

What I’m trying to say is there’s a lot of stuff you don’t need to spend money on for school. They don’t always need the fancy logo versions of the school uniform, or the most expensive socks, or the top brand pens. Places like Very are actually great as you can buy everything from school shirts to backpacks and lunchboxes in one place and online.

A lot of it is going to get lost or broken or grown out of, so keep it simple and cheap wherever you can get away with it. If they do need specialist bits of kit, see if the school has a secondhand shop or try ebay or local Facebook groups. 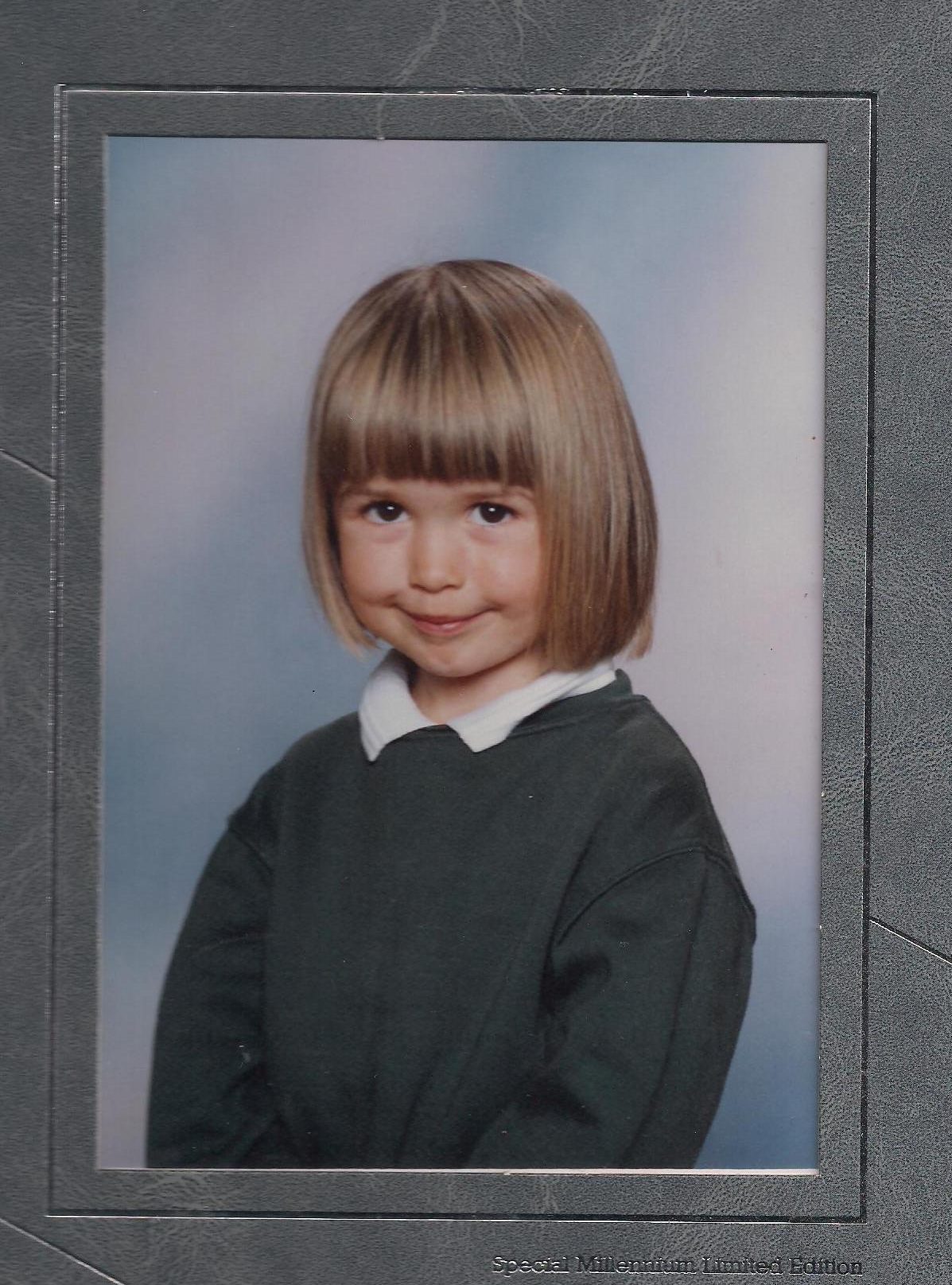 Bee in reception class, with the haircut I gave both Bee and Belle until they were old enough to object.

But don’t compromise on the important stuff

One lesson I learnt from my own time at school is that children are ruthless, vicious creatures who will stop at nothing to bring down the weakest member of the pack. Okay, perhaps that’s a little harsh but honestly, it doesn’t take much to stand out at school and if you can afford to help your kids out here a bit by splashing out on THE backpack that everyone has, or a particular pair of trainers, whilst keeping costs down on the basics, then I say do it. Believe me, some things matter.

The other thing I’ve always spent money on is Clarks shoes. Yes they’re expensive, and it’s annoying when kids grow so quickly, but for us this was something we didn’t compromise on. The quality really is good, and kids’ feet are delicate, so taking care of them is important. If you can afford to, I’d recommend making shoes a priority. You can buy Clarks shoes at Very too if you want to avoid the stress of the meat counter ticket scenario.

I still have a picture somewhere, (which I can’t find JUST NOW, despite having ransacked the loft), of Belle in her very first ever pair of Clarks shoes, when she had just started to walk at ten months. Clarks had a thing at the time where they would take a polaroid for you and put it in a little frame. Even now Belle has very fond memories of the Clarks shoes she had in primary school which had a secret door in the heel where you kept a tiny doll. 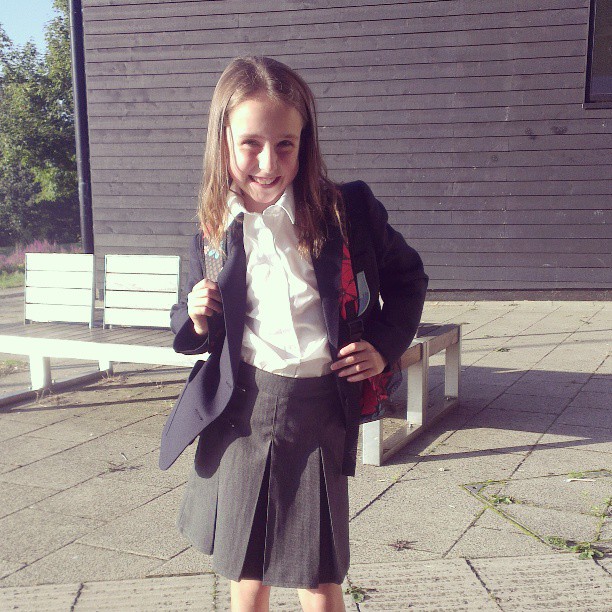 Belle might hate me for this but I found a picture of her first day at secondary school.

Packed lunches were always one of my worst bits about having school age children. I hated it, making stupid sandwiches every morning, just to throw three of the four squares away after school every day. The number of times I would say to Belle things like ‘if you are only going to eat one crisp, please don’t open them’… it was enough to drive anyone loopy.

As disheartening as it is emptying lunchboxes every day though, you never want to have the situation I had one September where I hadn’t checked that Belle had emptied her bag on the last day of the summer term and we were faced with this monstrosity. My blog about it even got picked up by The Daily Mail, which just shows how desperate they are.

So those are my back to school tips. Do you have any you’d add?