The UK is known for its famous landmarks. These are a huge draw for tourists from around the world, with a whopping 2.8 million visitors heading to the Tower of London alone.

From Buckingham Palace to the Angel of the North, the Liver Birds to Giant’s Causeway, there are plenty of famous sites to see whether you’re in England, Scotland, Wales, or Northern Ireland.

You might have visited them in person, but could you say with confidence where the most popular landmarks are located?

Jackpotjoy, the online bingo site, recently conducted some research to find out exactly how far off the mark we are when it comes to knowing our main attractions. The results were eye-opening. Despite living here, it turns out many Brits don’t actually know where many of the top landmarks in the UK are located.

Here’s how the landmarks we know and love look on a map: 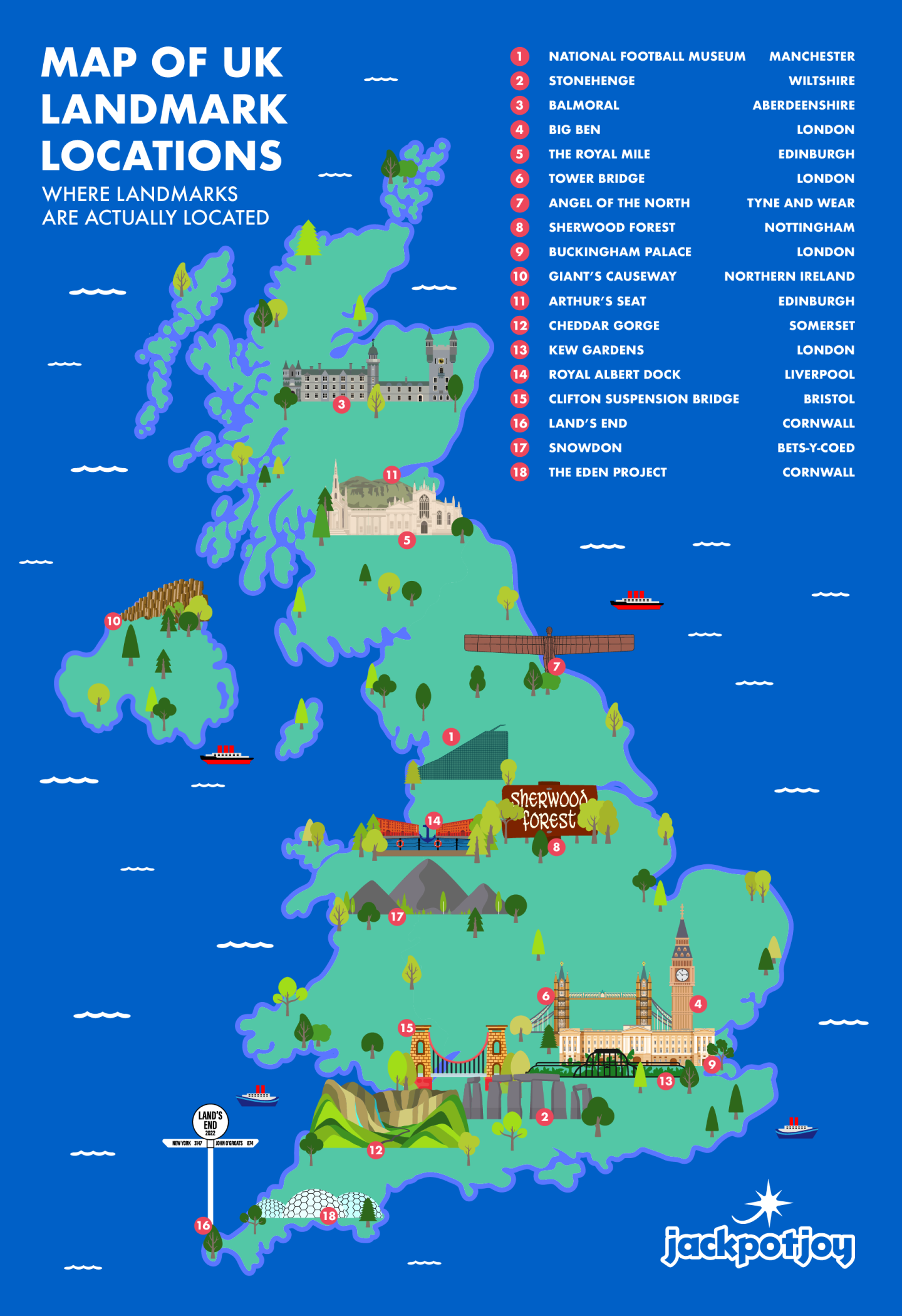 And this is where survey respondents think these landmarks are: 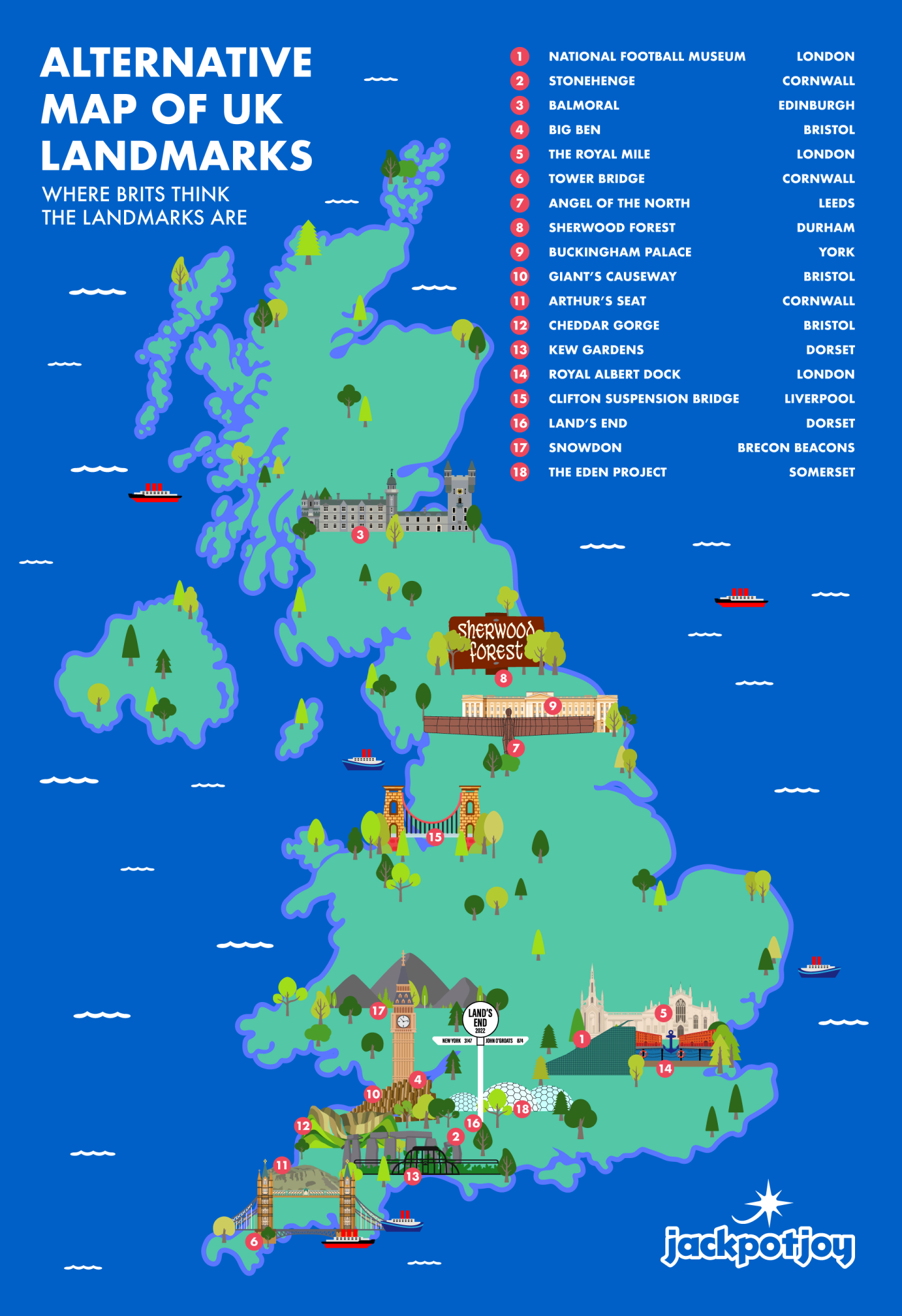 As you can see, there are some interesting results on this replotted version.

The sites to see

When asked, almost half (46%) of those asked didn’t know where Stonehenge is located. This ancient site in Wiltshire has baffled scientists and historians for centuries. No one knows for sure where the Stone Circle came from – although there are theories – making this a fascinating landmark.

Additionally, a surprisingly high 15% of Brits had no idea that Buckingham Palace and Big Ben are in London. Officially, Big Ben itself isn’t the clock we see, but the bell that chimes on the hour and it’s the sound we hear that brings in the new year.

With around 350,000 visitors each year, Sherwood Forest is a popular spot. That’s probably why a reassuring 74% knew that it’s locate din Nottingham. However, the legendary stomping ground of Robin Hood was slightly less familiar to the 16% of Nottingham residents who had no idea that the forest was in their neck of the woods.

Similarly, while just over half knew that the Giant’s Causeway is in Northern Ireland, around one in 20 of those asked placed this historic site over 300 miles away in Bristol.

What do you know?

So, would you be able to locate some of these leading landmarks? Perhaps you’ve been but can’t quite place them? Or maybe you’re a fan of the country’s main attractions?

It might be time to take a road trip…