Tidy – Barry Island is the UK’s most searched for beach hut location but you might want to try somewhere less well-known…. 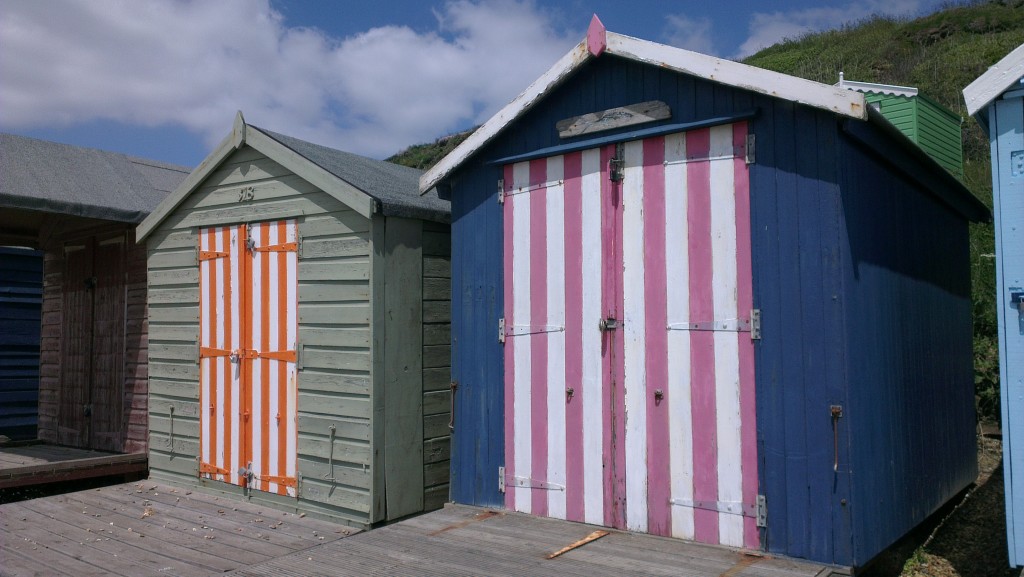 The rise and rise of the humble beach hut

Beach huts have always been a quintessential part of the British seaside holiday, but over the last few years, these humble little wooden structures have become an unlikely staycation status symbol.

First made popular by the Victorians, these brightly coloured little huts have lined the country’s coastlines since the mid-1800s, but in the last few years – accelerated by the pandemic forcing people to holiday at home – they have become trendy. So much so, that people are willing to pay astronomical prices to get their hands on one – last summer, a beach hut in Dorset sold for more than £350k.

It is clear that our obsession with beach huts is here to stay, but with a limited number of them along the country’s coastlines – there are believed to be around 20,000 privately owned huts in the UK – waiting lists are getting longer, and prices getting higher as people fight to secure their little piece of seaside real estate, so anyone who is lucky enough to own one will be looking to protect it.

Luckily there are specialist providers out there with policies designed specifically to cover the unique risks associated with beach huts; https://loveyourhut.co.uk/  is a specialist comparison site specifically for beach hut insurance, offering a friendly and efficient service and competitive prices.

It is safe to say that the UK has a love affair with beach huts, but the strength of that love varies dramatically across the UK, with some seaside towns struggling to drum up any interest at all, renting out huts for a few pounds a day, while others have waiting lists years long and price tags that would make your eyes water. Sometimes just a few under metres makes all the difference – for example in Walton along the Essex coastline, hut prices start at around £6k, but just around the corner in Frinton, they cost upwards of £20k; here, we explore the highs and lows of the UK’s beach hut scene…

Most searched for – Barry Island

According to research by money.co.uk, the most searched for beach hut location in Britain is Barry Island in South Wales. Made famous by Gavin & Stacy, Barry island boasts 24 vibrantly coloured beach huts, and at £750 for a year, they could be a ‘tidy’ option as Ness might say.

West Wittering is one of the premier Blue Flag beaches in the UK, and houses in the seaside town cost more than £700,000 on average, so it is no surprise people are clamouring to get a little taste of luxury beach life by purchasing a hut – some of them are so posh they don’t have numbers, they have names…like Betty.

Mudeford Sandbank made the headlines in September after a beach hut there went on the market for £575,000. The 13ft by 10ft cabin sleeps six, and has a fitted kitchen and is powered by solar panels, but has no toilet, and if and when it sells, will officially become the most expensive hut in the UK – nice if you can afford it.

Best bargain – Walton on the Naze

There are plenty of beach huts for rent across the UK, but they don’t come up to buy very often. But there are currently at least five for sale along the award winning golden sandy beaches of Walton on the Naze in Essex ranging in price from £28,000 to £60,000. And with prices for huts around the corner in Frinton starting at £70,000, a hut in Walton could be a great investment.

Despite the huge rise in popularity of beach huts, nowhere quite hammers home the location location location message like Weston Super Mare, known by locals as Weston Super Mud due to its less than sandy beaches. In 2015, 24 colourful beach huts arrived on the promenade at Royal Sands, in Weston and were put up for rent online. An initial surge of interest saw the first lease sold for £2,650, but since then, interest has waned. Only nine of the original huts remain but many are empty so, if you like mud, it could be just the place for you.

Whether your hut is worth £3,000 or £300,000, it is vital that you protect it; https://loveyourhut.co.uk/beach-hut-insurance is a specialist beach hut insurance comparison site that compares the market so you don’t have to. With more than 15-years’ experience in the niche beach hut market, https://loveyourhut.co.uk/ offers expert UK based support, and prices you’ll love as much as your hut.