The Roomba i3+ robot vacuum was a gift from iRobot. All views my own.

One of the only times I lament being single is when I’m doing boring household chores like vacuuming or putting out the bins. It’s because in my mind a husband would be someone with whom I could share housework equally, someone who would say ‘I noticed the kitchen floor needed a clean so be careful in case it’s still wet’ and ‘don’t be silly, put your feet up, I’ll take the cats for their vaccinations, I already made the appointment.’

And then I laugh cynically to myself because I remember that actually being in a relationship wouldn’t be like that at all. Being in a relationship, in my experience at least, involves waiting weeks for your partner to vaguely LOOK in the direction of the kitchen floor, seething quietly with resentment, and then doing it yourself, loudly, to make a point.

Much better just to get a robot vacuum, do away with the bitterness AND get to watch what you want on the TV. 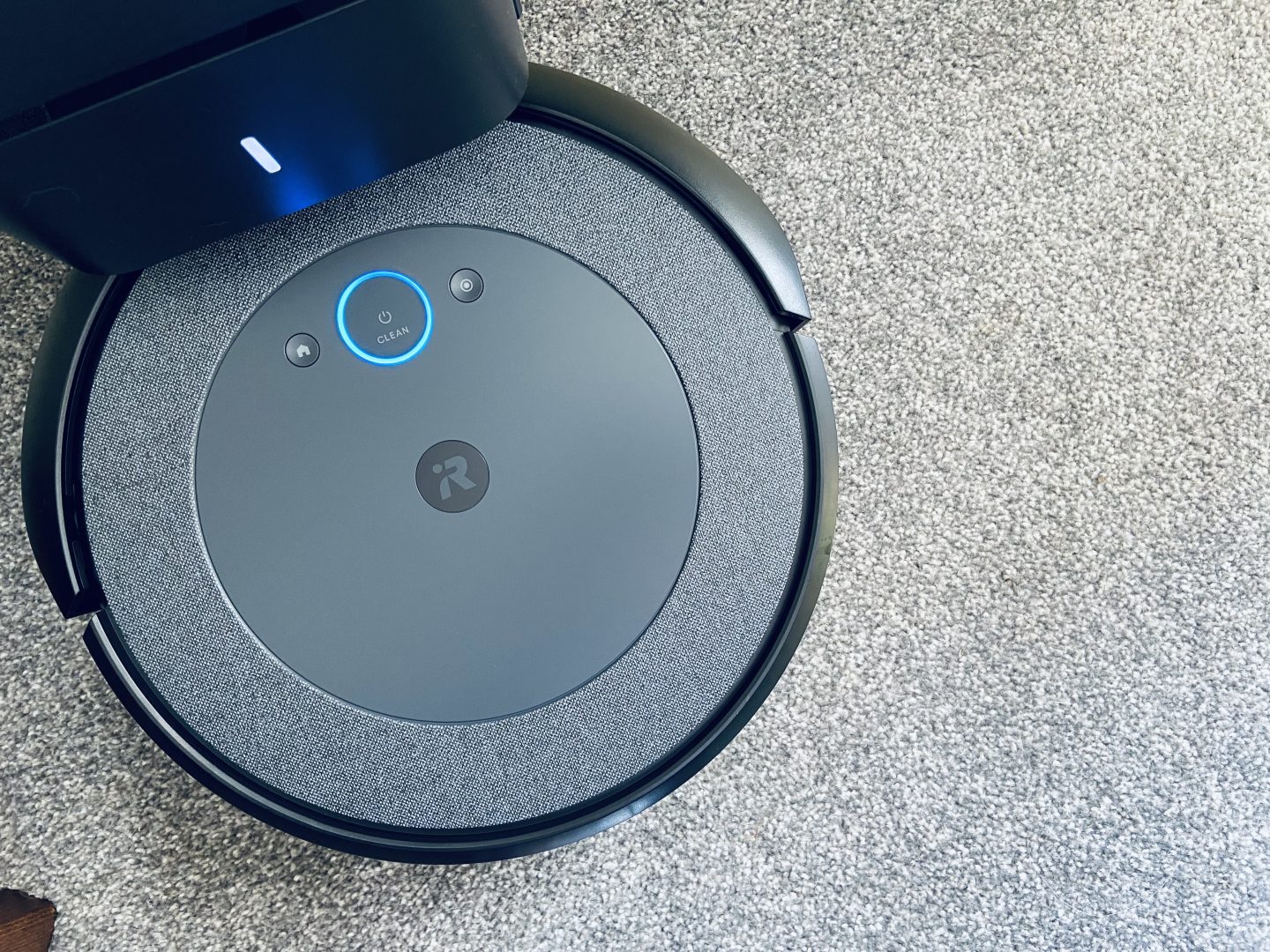 My robot vacuum even matches my carpet – how chic!

I was very grateful then when iRobot offered to send me the super cool Roomba i3+ self-emptying robot vacuum to try, because honestly, Tinder just wasn’t cutting it and I was beginning to imagine I’d have to do my own hoovering forever. Immediately my robot vacuum proved just how much better it is than the men on Tinder by turning up on time and exactly as described. One point to the robot vacuum.

The Roomba i3+ is incredibly easy to set up, you literally just plug in the stand, slot the vacuum into its little house, download the app and press start. That’s it. You don’t have to tell it more than once and it doesn’t wait until the rugby’s finished, it just gets cleaning. 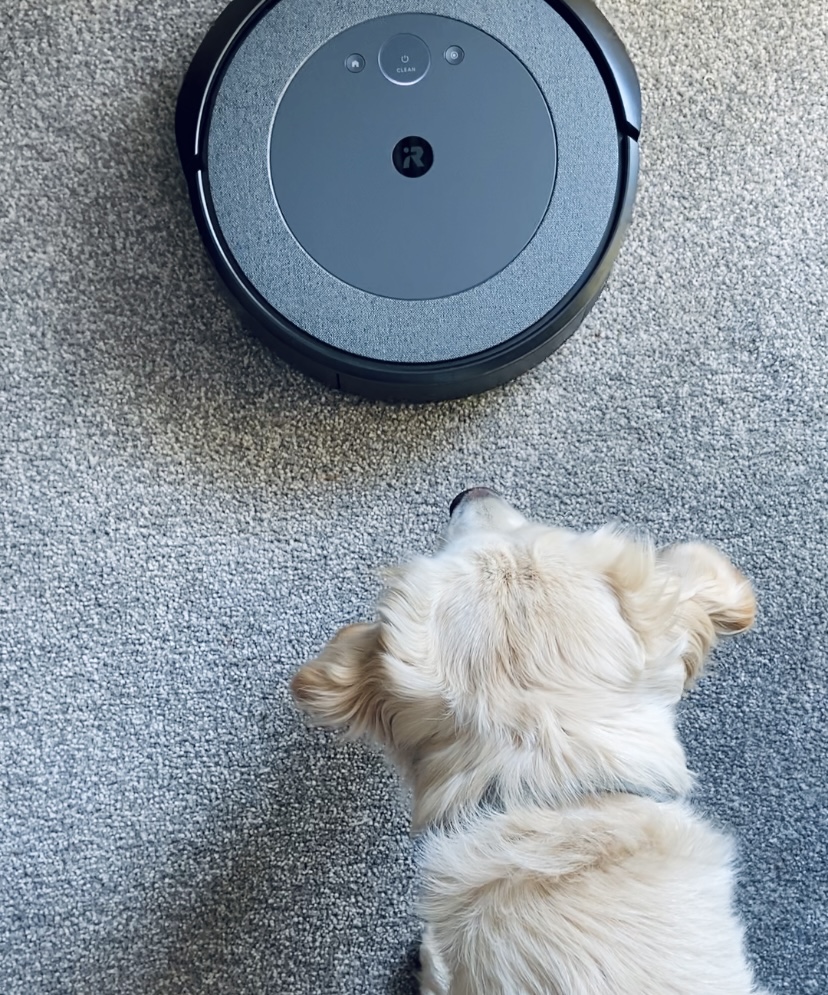 The Roomba i3+ is great for homes with pets thanks to its powerful suction and focused cleaning with Dirt Detect™ technology, although I have to say Mako wasn’t quite as keen on the robot vacuum as the robot vacuum was on her.

She wasn’t entirely sure what was going on to start with, and had to stand on the stairs for a bit while she assessed the situation, but she soon settled down on the floor, watching carefully. 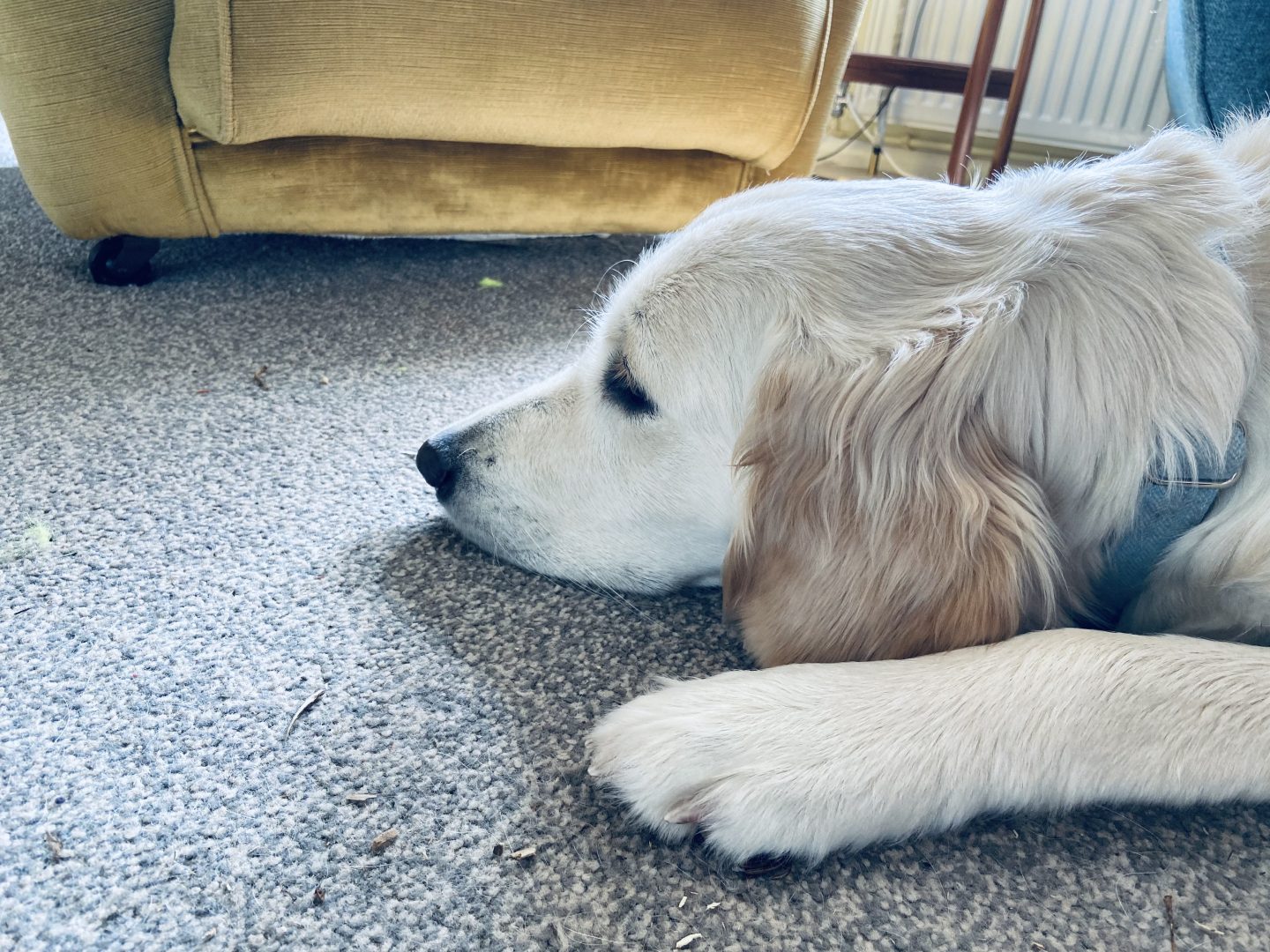 Once the Roomba i3+ was on its way around the downstairs I have to say I was very pleasantly surprised with its progress. I’m a little bit cynical about technologies like this, and have had a brief experience in the past with a robot vacuum who liked to go up and down the same patch of hallway endlessly, but the Roomba did an absolutely cracking job. It took its time, but it was thorough – there was no slapdash ‘yeah I’ve vacuumed, honestly’ going on here, it got into all the nooks and crannies and crossed over from the carpet to the tiled kitchen floor and did in there too without me even asking.

I wondered if it might get a bit stuck with some of the trickier areas, as our house isn’t huge and doesn’t have a lot of room for manoeuvre, but it went under the sofa, nudged the living room door to get behind it, and even found its way under the table and through the chair legs. I was very impressed with that. Would a man bother to vacuum under the sofa where no would was going to look? I suspect not. 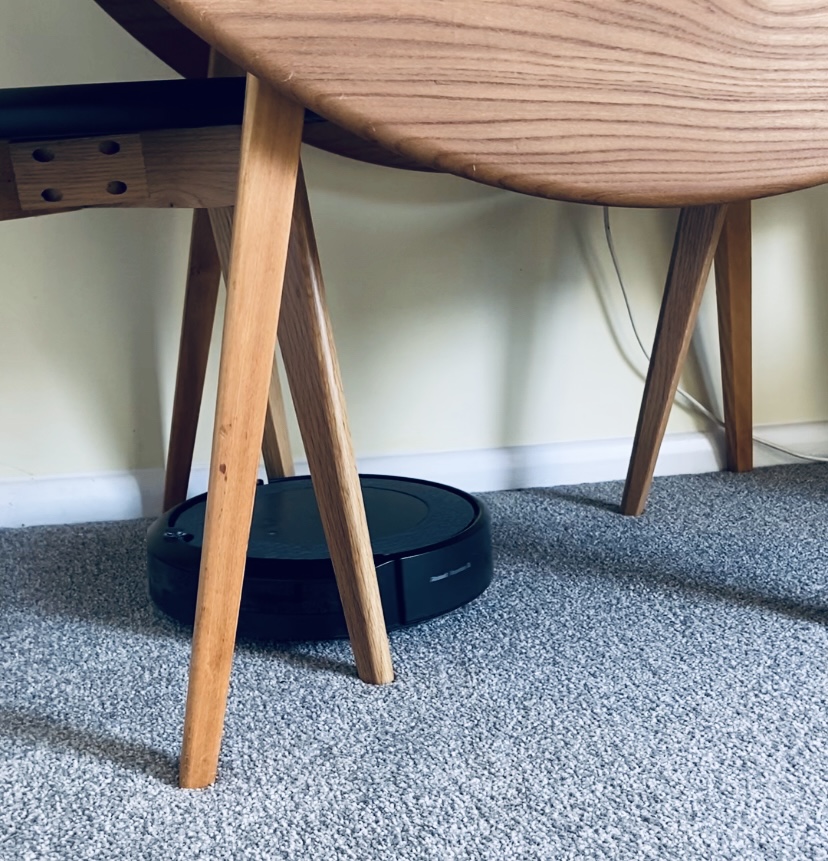 The Roomba i3+ connects up to an app, so if you want to set up particular favourite routes for it, or schedule set times for cleaning, that’s easy to do. How lovely to come home from work or from Tesco to find your carpets clean and your robot vacuum happily sending itself home after a busy afternoon. Isn’t that so much nicer than coming home to a messy house and a man lounging on the sofa, dishes in the sink? 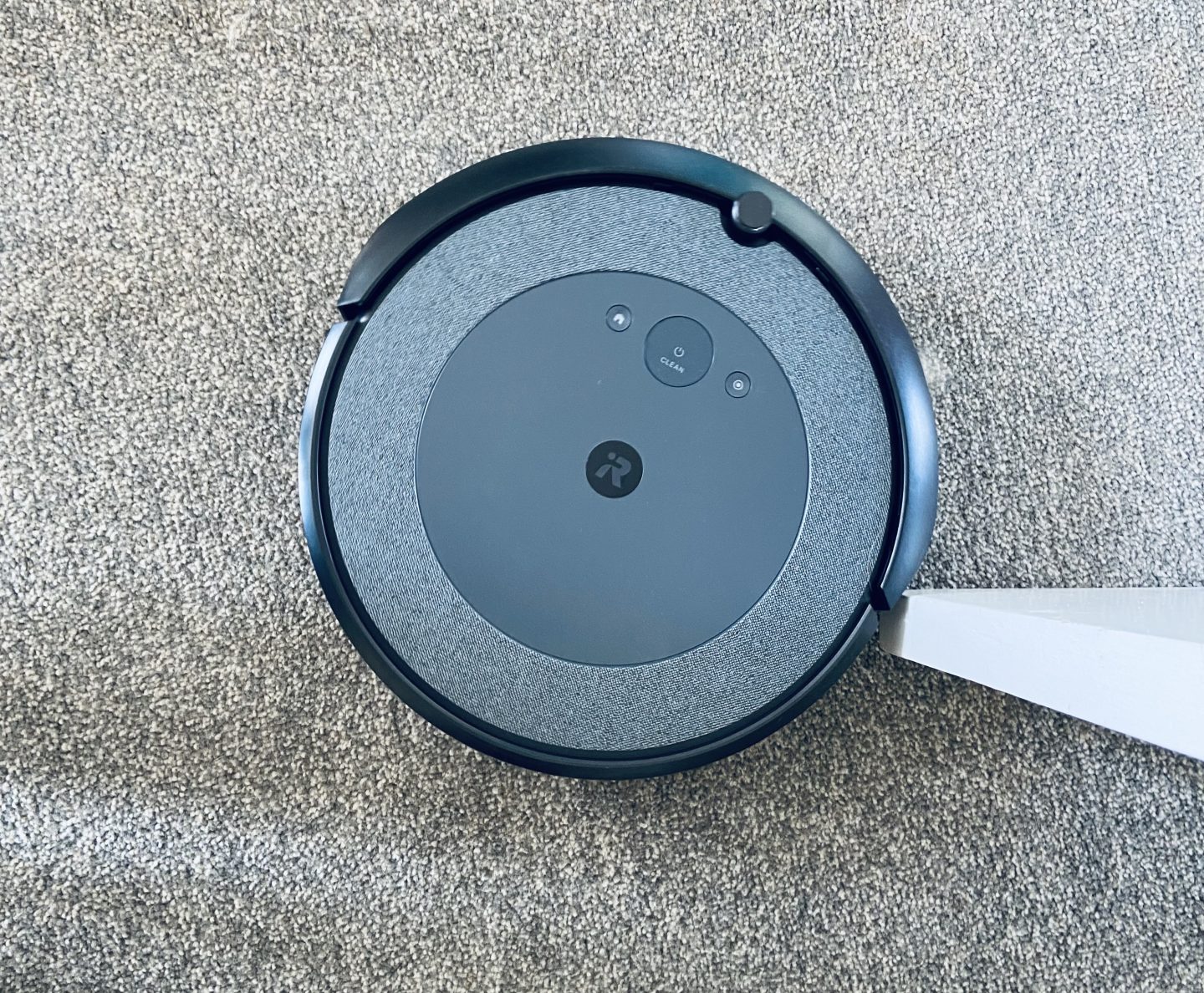 One of my favourite features about the model we tried is that it’s self-emptying. One of my pet peeves is going to use the regular vacuum and finding it’s crammed full of dust and fluff and no one has bothered to empty it, but that’s never a worry with the Roomba. When it gets full it simply takes itself home and sucks everything out and into the bag in the stand. You do have to replace that from time to time of course, but you’re not forever having to think about it because it tidies up after itself.

I was genuinely very impressed with how thorough and yet easy to use the Roomba i3+ robot vacuum was. All I need to do now is teach it how to make me a cup of tea and I’ll be happy being single forever.

Get the Roomba i3+ robot vacuum from iRobot now.