We moved house a lot as a child. Every time we moved, my sister and I would entertain fantasies of discovering some kind of hidden part of the new house – a shed or a cellar maybe, ideally accessed via a hidden doorway behind a bookcase – where we’d find all manner of long forgotten secret and important things. This hidden area would become our BASE, in which we would eat secret snacks, solve mysteries and generally be very cool.

It never quite happened like that of course. We came (not very) close with the space behind the drawers under my cabin bed, (I mention that here), and a little closer with the brick built ‘shed’ in one garden of a house we lived in in Bridgwater, but we had to carve a space out in that amongst stacks of boxes and old fire extinguishers, which rather shattered the illusion of it being undiscovered by anyone but us. It really wasn’t very Secret Seven.

All of these memories came flooding back to me today when I read A Robot Called B4, a children’s book produced by Worcester Bosch on World Earth Day 2021. A Robot Called B4 tells the story of friends Ava and Alfie, who discover of a robot called B4 in a hidden garden shed and travel back through time to the age of dinosaurs to realise how our past actions are destroying the green planet we once knew.

I can’t say I wasn’t more than a little jealous of Ava and Alfie. 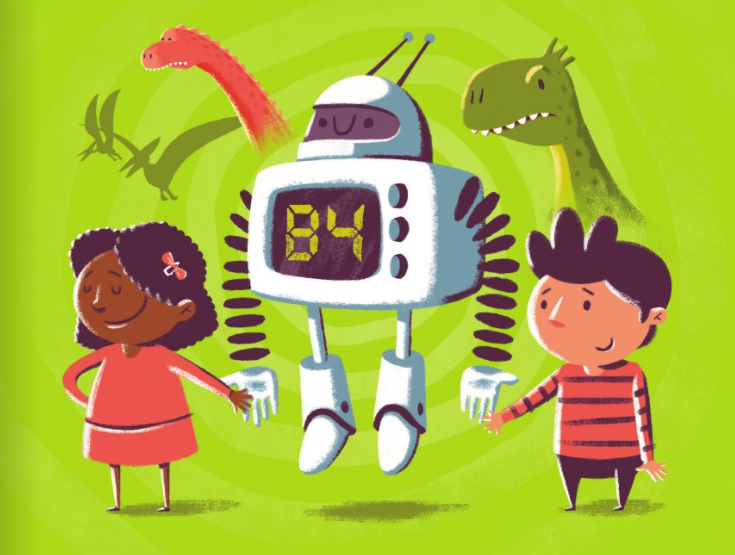 There was always a slim hope when my sister and I were on a secret shed hunt that we would accidentally come across some sort of time/space portal, that we would clamber in through a rotten wooden shed door and find ourselves in wartime Britain, Goodnight Sweetheart style. I never hid in a wardrobe as a child without a tiny part of me convinced that Narnia was waiting for me.

Ava and Alfie don’t end up in a fawn filled winter wonderland though, and to be honest I was less jealous of them being stranded up a tree surrounded by carnivorous dinosaurs. Don’t worry though – B4 the robot saves the day and brings them home safely. (Phew!) Inspired by their trip to the past and seeing how different the world once looked, Ava and Alfie are now determined to take action to take better care of the planet.

A Robot Called B4 was created to educate children about the environment and to inspire adults and children alike to protect our future. It’s part of an ongoing commitment by Worcester Bosch to educate people on issues of sustainability, alongside innovations in product development – Worcester Bosch was one of the first manufacturers for example to create a hydrogen boiler.

The book was launched alongside a competition challenging children aged 7 to 11 to submit their ideas for a sequel, with the winning idea being made into a physical book. Entries were judged in collaboration with narrator of the A Robot Called B4 audiobook edition, Angellica Bell, and First News’ editor, Nicky Cox. The idea was to encourage families not just to read more together – always a lovely thing to do, especially at this time of the year when it’s cold outside and cosy in – but to create their own stories too.

Inviting children to consider environmental issues through storytelling is a smart way to help the message stick. Imagination is a powerful tool – that magical feeling of possibility that my sister and I conjured up for ourselves over 30 years ago still feels fresh if I close my eyes today. Encouraging children to engage their own imaginations and to connect to the fate of the planet through relatable characters feels like a very positive approach. 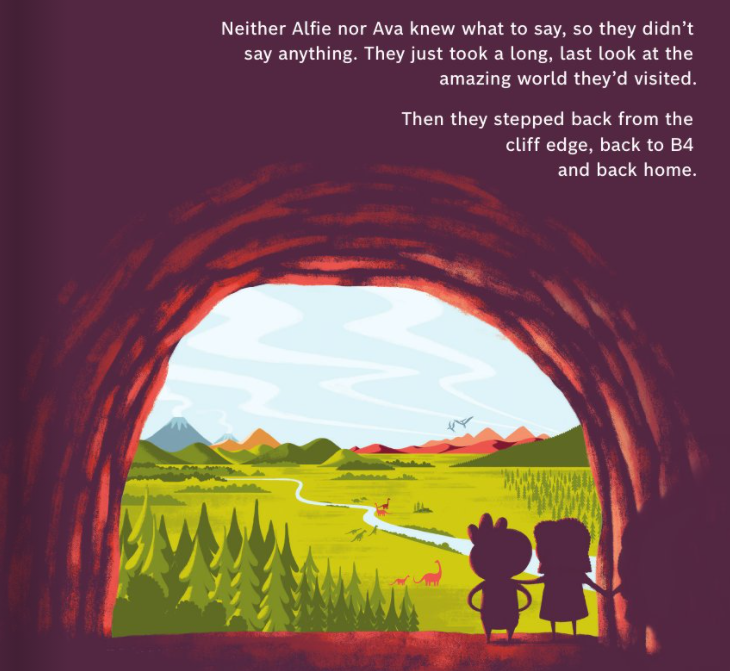