It might feel a bit of a naff idea, but choosing a word for the year isn’t just about making a Pinterest board of inspirational quotes, or getting your word made into vinyl wall art, it’s about the intention behind the word.

SELF as a word is not as selfish as it might first seem. (And is it actually a bad thing to be selfish? That’s for another blog post maybe.) SELF to me is about investing in yourself, understanding yourself, and in doing so becoming the best version of yourself that you can be. Doing this is just about the least selfish thing you can do if you think about it, because it’s only when you are at your best that you can be the best friend, parent, employee, and all of those other roles which we assign ourselves.

On the same day that I decided on SELF as my word of the year, my Dad sent me a picture. It was a picture of me, which my Uncle John had only just had developed from a (very) old roll of film. 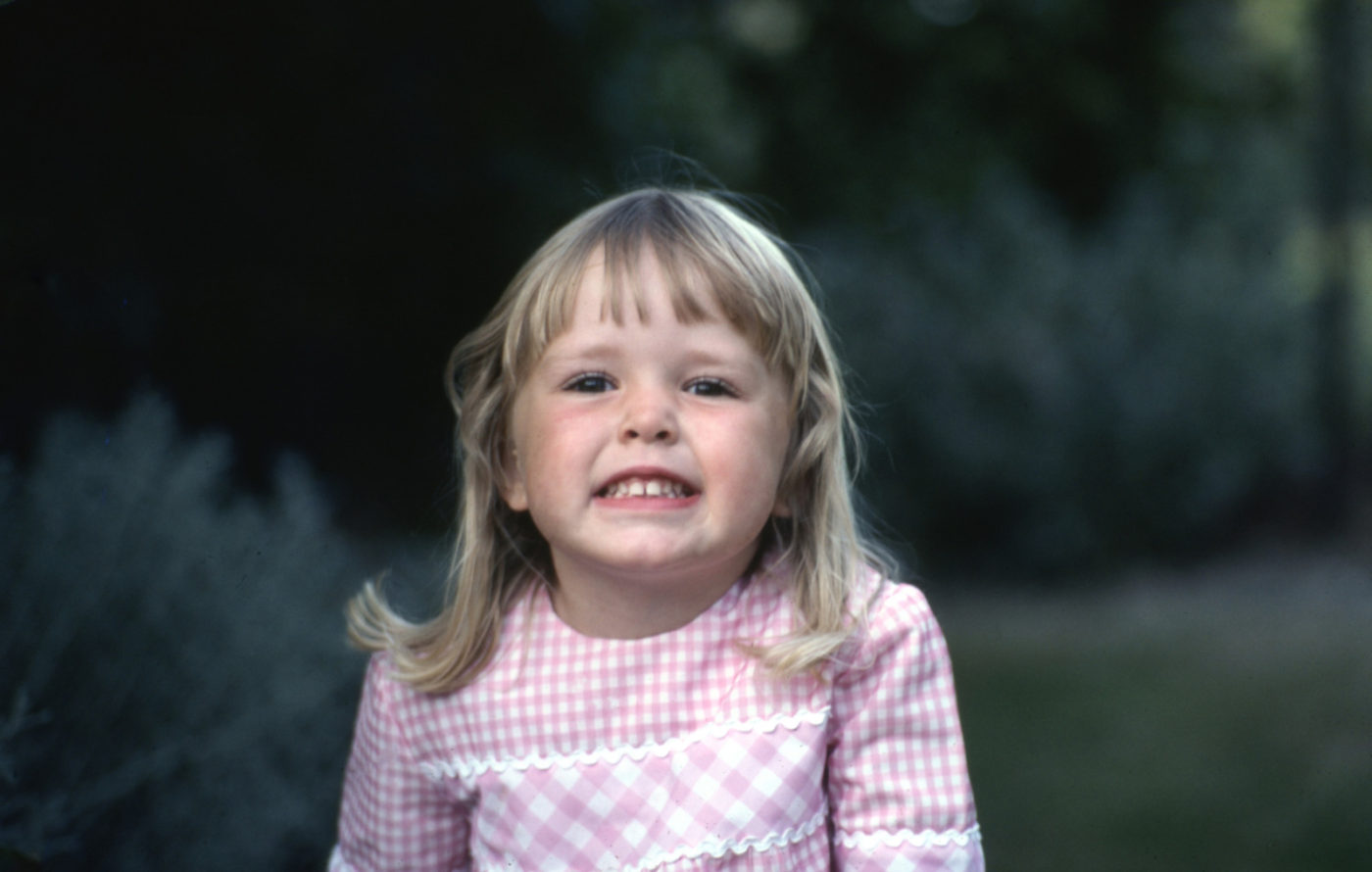 If that’s not the universe saying ‘great choice with your word Joey’ then I don’t know what kind of sign I should be waiting for.

SELF is about trusting your gut. So often I find myself in situations or relationships where I know something is not quite right, but it can take me a while to really let that instinct come to the front of my mind. I ignore red flags and attribute uneasiness to something about me, when in fact I need to trust that gut feeling and step away.

I became a Brownie Guide volunteer last year and although obviously a Brownie Guide ‘thinks of others before herself’, a part of the promise is ‘to be true to myself and develop my beliefs.’ When we’re doing activities with the Brownies, we always encourage them to stand up for their own opinions, even if they are not the same as the group’s, and I think this is a part of what the word SELF means to me.

SELF means not being afraid to have an unpopular opinion if it’s something that’s important to you. It means really questioning what you believe in – your values and your morals – and standing by these.

I also want SELF to be fun. I want it to be about enjoying all of the small things that make me feel happy and energised. Sometimes that might be frivolous things, but it’s also things like being there to listen to a friend and taking care of other people – I want to reframe these to appreciate that they bring me as much satisfaction as they do other people.

I do know though that being ‘the jolly one’ in a family of people who are prone to being less jolly can sometimes be a pressure, and part of choosing the word SELF is about acknowledging that to myself. It doesn’t necessarily even mean changing anything significant, but rather it’s about giving myself a pat on the back and allowing myself the physical and emotional space for that, rather than just thinking I should absorb it all and get on with things.

2020 has been a shitty year in lots of ways for sure, but I’ve learned a lot from it too. There has been plenty going on for me personally, as well as globally, and despite the upheaval, I feel like I’m leaving 2020 far more in control of my midlife unravelling than I was at the beginning of it. It’s been a rollercoaster of a year emotionally, but I feel more myself as a result, and really that’s what SELF is all about – just being me.