How does it feel to give birth at any age really? Could you describe birth to someone who hasn’t experienced it and really communicate what it’s like in a way that would make them feel it?

Even if you could, would that birth experience be their birth experience? I’ve given birth twice and I’m not sure there were comparable, even though it was the same hospital, the same vagina.

I was pregnant the first time around when I was just 16 years old and gave birth at 17 and now, aged 42, I often think about the women starting families for the first time. It feels a lifetime away to me. How on earth would I cope with the exhaustion and pain of pregnancy and childbirth now, let alone the sleepless nights and relentless parenting. If there is one perk to having a baby as a teenager it’s that you have a LOT more energy. 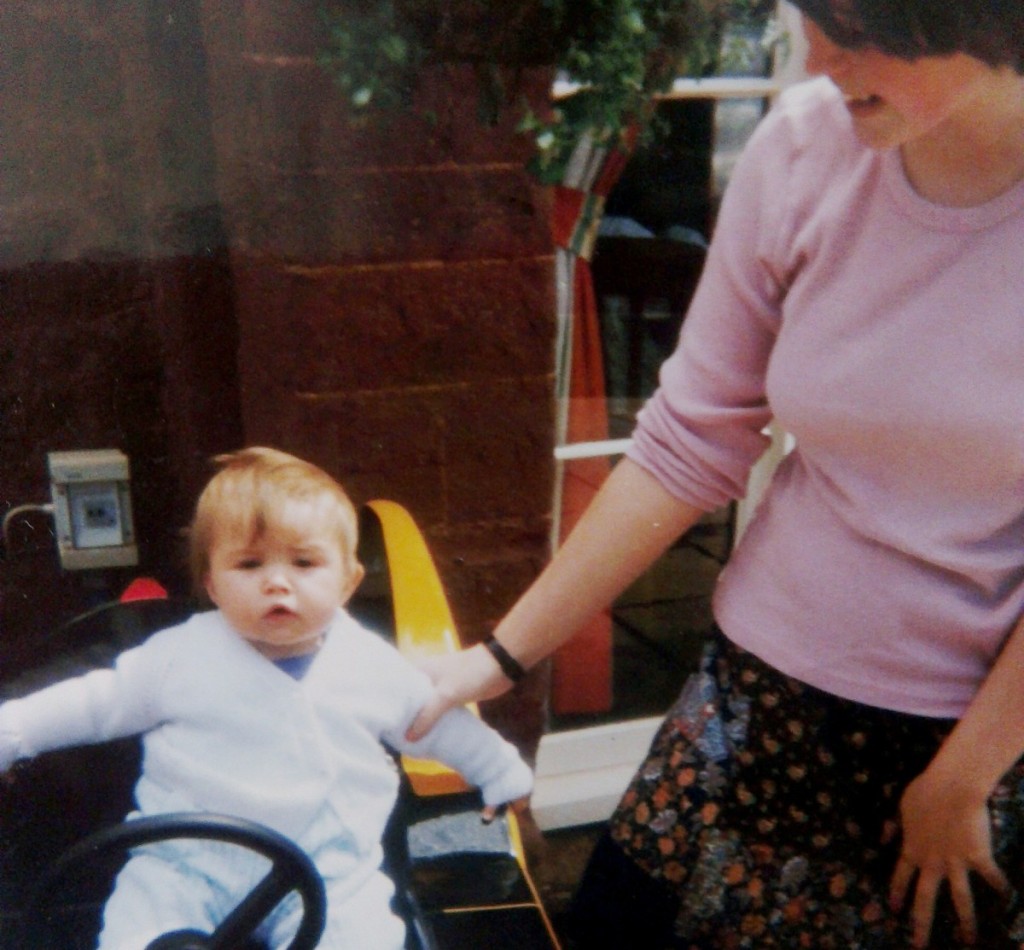 Me and baby Bee

When people find out that I had a baby when I was 17, their first reaction is often ‘that must have been hard’, but honestly, I’m not sure it was. You have an adaptability and resilience when you’re 17, a kind of carelessness almost, like the world is yours for the taking. At 17 I felt invincible, immortal. Nothing much worried me – I just lived. Things happened, I made things happen.

Giving birth as a teenager, I felt like I knew it all. I didn’t really have a plan, I certainly didn’t have a birthing soundtrack or preferred blend of essential oils, but perhaps that worked in my favour? I know a lot of women have births that don’t go according to their ‘plan’ and they end up feeling like they’ve failed somehow.

I was naïve at 17 for sure, unprepared even, but maybe that wasn’t such a bad thing, maybe it allowed me to just go with it, to do whatever needed to be done without self-criticism.

I wonder sometimes if this isn’t just my entire approach to life to be honest.

To give you a little flavour though of what it was actually like for me, giving birth at 17, I’ve reproduced, unedited, my own ‘birth report’ from the time, transferred from the Peter Rabbit notebook I wrote it in 25 years ago. I have shared this before, a long, long time ago, but as you likely haven’t been reading my blog for ten years, I thought it was worth another look.

7.30pm – Went to Musgrove hospital. Used TENS machine – lot of use that was. Jonathan sang me lots of nursery rhymes especially Baa Baa Black sheep. Had Columbo on TV. Waters broke at about 2.10am, which was a good job as they were on the verge of transferring me to a ward and sending everyone home. Was monitored lots but the bed was extremely uncomfortable and a nasty black-haired woman left me on it for ages. Had to keep moving the sensor thing on my tummy because Zippy kept dodging it. [Zippy was our name for my bump. We thought she was a boy so I refer to her as ‘he’ as well]. Contractions only peaking at 6/12 max on the printer.

Jenny was the name of the midwife who delivered Zippy. She was the nice one. The nasty midwife broke the rest of my waters with this big crochet hook. Jonathan suggested a big pin but I don’t think she thought that was very funny. When my waters broke it was a bit gross. I was on my way to the toilet and got loads of gunk on the floor. It got quite unbearable and nothing much seemed to be happening. I had a dose of pethedine at ten to four. I didn’t much like Jenny at this point as she said I would have to stay on the bed all the time, as it would make me drowsy – like I wasn’t completely exhausted already. I didn’t though. I sat in the chair. Jonathan had to practically carry me to the toilet and I kept falling asleep. I don’t remember the next few hours because I was so drowsy, but things definitely seemed to be happening. My contractions were coming every two minutes or so and it was horrid.

At quarter to six I had an internal exam and they said Zippy was ready to pop out. Lots of people seemed to be running around putting on plastic pinnies. Jenny said she would give me until 6.30am and then she wanted him born. We had Jenny and a fatish midwife there. Jenny made me lie on my side – she said it would make it much easier. To start with I had to not push which was practically impossible. I had some gas and air, which helped me not to push, but made my mouth feel really numb and dry. I kept falling asleep and Jonathan had to keep waking me up and giving me drinks. He was really brilliant and I couldn’t possibly have done it without him. Oh yeah, I forgot to mention that towards the end my contractions were so bad I had to be sick into a kind of bedpan thing.

Finally I was allowed to push which was much more satisfying. I think it hurt a lot but all I can remember is the relief of being able to push and do something productive. Jonathan got really excited when he could see the top of the head. I felt it, but I didn’t fancy the mirror thing. I did one massive push and Zippy kind of catapulted out all at once. The cord was really long but it was all so lush. She was a bit cold but apart from that, perfect, loads of hair.

I was really shaking and I couldn’t push out the placenta very well. She was born at 6.23am but that whole last bit seemed to take about 5 minutes. It was a bit undignified with my leg up over a midwife’s neck but it was worth it when Jonathan saw we had a little girl and cried so much he made all the midwives cry. I was so proud when I saw him holding our little girl. I wanted to cry with happiness, but I was too exhausted and shaky. She put her hand in her mouth to suck it and I tried feeding straight away.