Last weekend was Jon’s birthday*, and as everyone knows that the way to a man’s heart is through his stomach, and I needed some blog content, I thought I’d make him a TREAT. Thoughtful no?

Still, everyone knows it’s the thought that counts, and I kept some back to give them longer in the fridge so they’d look good in photos, so really it was an incredibly thoughtful gift and Jon should be very impressed with me. 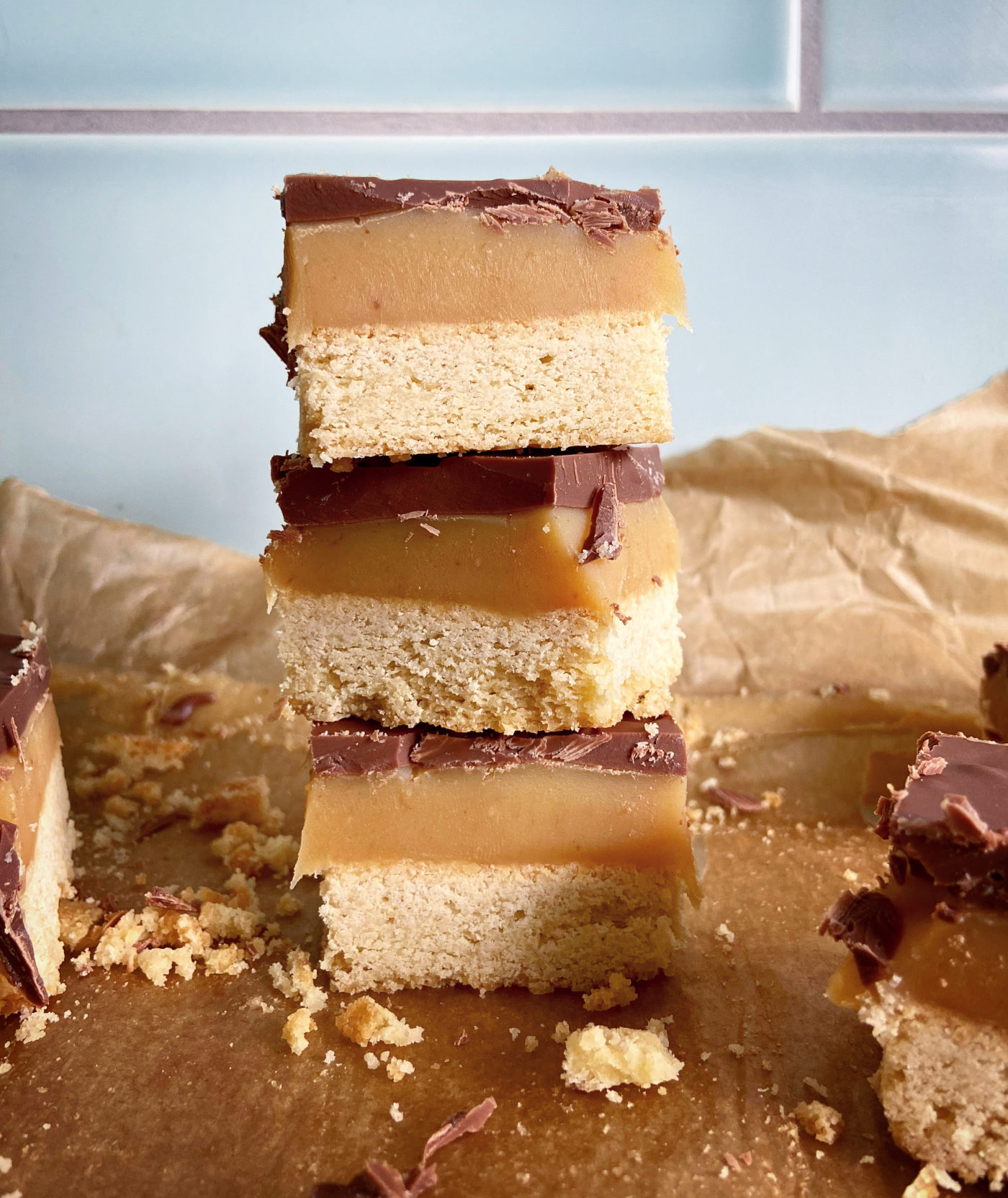 Making millionaire’s shortbread isn’t actually that difficult, as long as you pay attention to the caramel, it’s just that it takes ages, because of the layers. Both the caramel and the chocolate took longer than I expected to go properly hard, so even though the caramel was set enough after a couple of hours to take the chocolate on top, the whole lot still wasn’t hard enough to slice five hours after I started. I would suggest making your millionaire’s shortbread the day before you want it, so that it can chill in the fridge overnight.

Otherwise, it’s a piece of cake, quite literally, so let’s get on with it.

To make this super tasty batch of millionaire’s shortbread you will need:

For the shortbread base:

That’s it! it’s not really that many ingredients. I needed to buy extra butter but otherwise I had everything in the cupboards. (Yes, I had 250g of Dairy Milk lying around. Don’t judge me.) 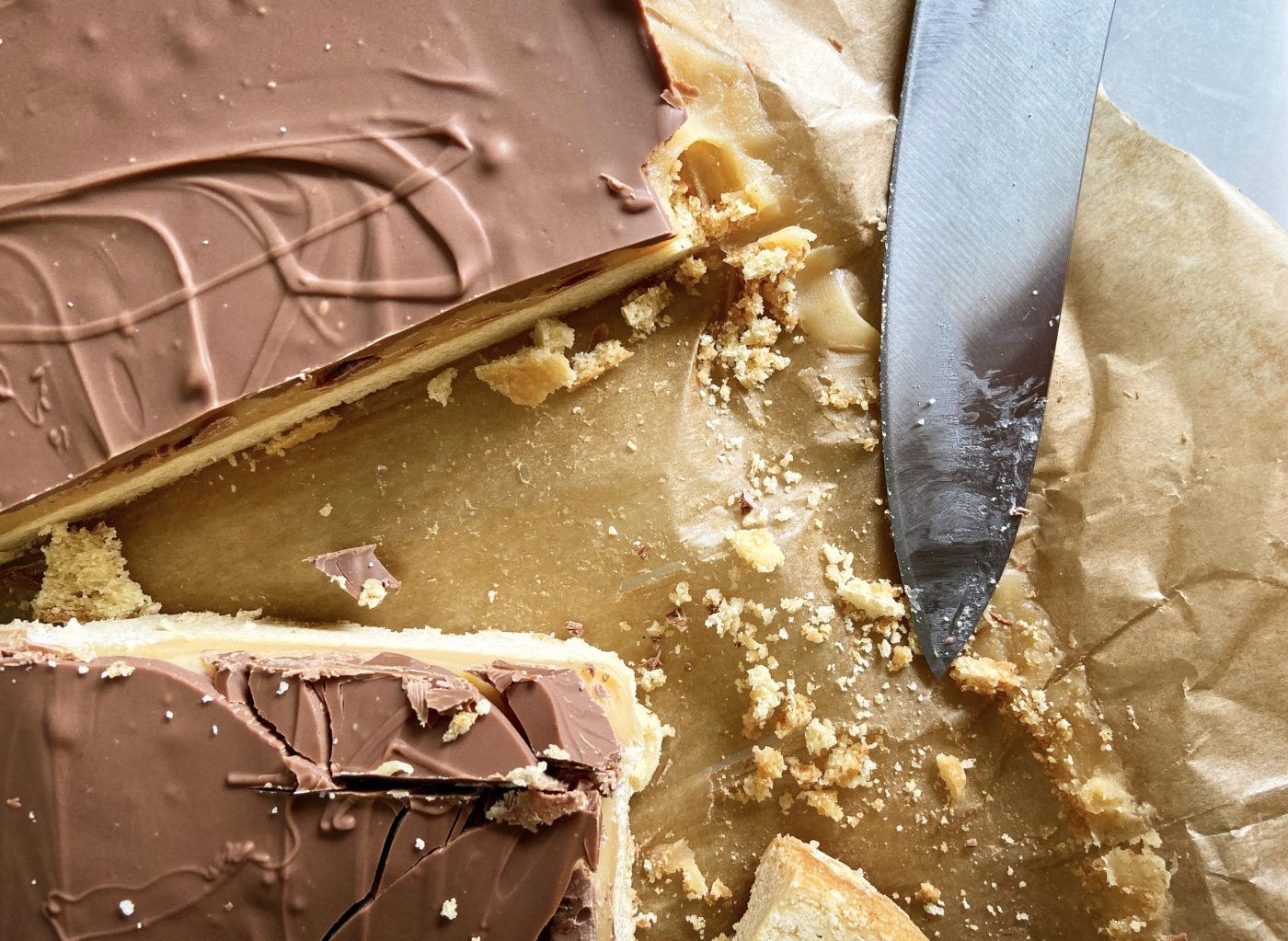 How to make millionaire’s shortbread

First step – shortbread. Preheat the oven to 180 and line a dish with baking paper. I think mine was a 10 x 7 inch tin, but you could use a square one if you prefer.

Beat the butter and sugar together with an electric whisk until light and fluffy, and then whisk in the flour. You’ll get a sort of breadcrumb texture initially, which you could easily smoosh into a dough, but actually it’s easier to keep it as breadcrumbs for now. Tip the shortbread mixture into the lined tin, give it a shake to distribute it evenly, and then press it down into place.

Bake for 20 minutes until it’s started to turn golden brown. Take it out of the oven and leave to cool.

Meanwhile, time to make the caramel. This is the only bit that requires an element of concentration so if you’re just getting to a good bit in the Archers omnibus you might want to press pause.

Put the condensed milk, butter, sugar and golden syrup into a saucepan, (a thick base is best), and very gently heat to start with until the sugar has dissolved and the butter is melted. I stirred mine continuously with a metal whisk to stop it sticking. Would recommend.

Once the mixture is smooth, turn up the heat and bring to the boil for about five minutes until it gets thicker and turns more of a fudgey colour. Keep up the stirring as you go. Once you’re happy that your caramel is the same colour as in my photos and a nice thick pouring consistency, pour it on top of the shortbread and stick it in the fridge.

I’d recommend a good couple of hours now to let the caramel start to set before melting the chocolate, adding this as your final layer and returning your millionaire’s shortbread to the fridge. You can melt your chocolate in a bain marie or in the microwave if you check it VERY often and stir frequently as chocolate can turn all of a sudden in a microwave.

Once the chocolate is completely hard, which will probably be at least another two hours, you can cut your millionaire’s shortbread into chunks and use it to seduce your one true love. 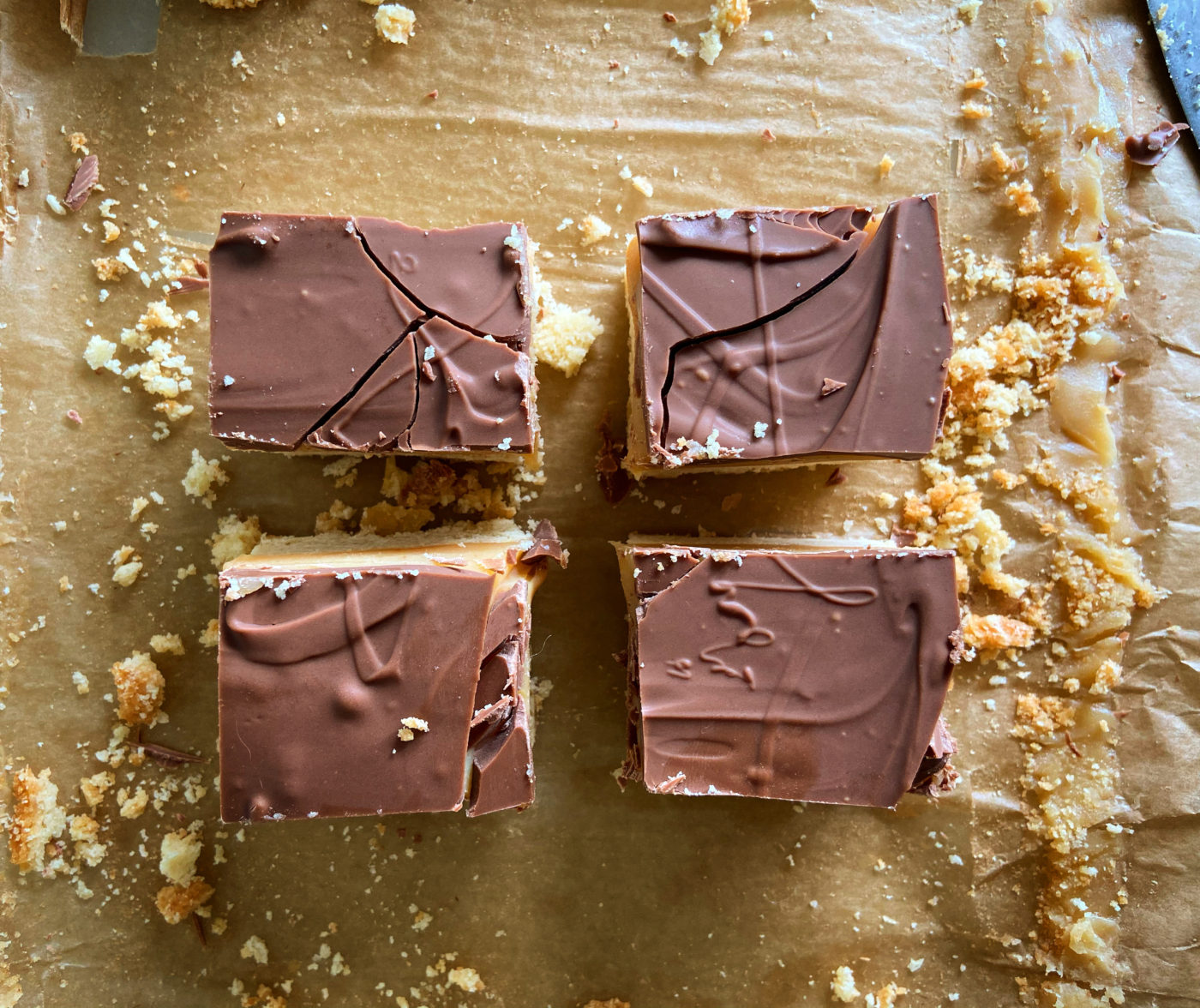 *I just casually slipped Jon in there, (that’s what she said), in a bid to not draw too much attention to the fact that he is my new LIFE PARTNER, because I’m shy etc, so if you did a double take and wasn’t sure what was going on for a second then that was why. I expect I will mention him again so make a note.