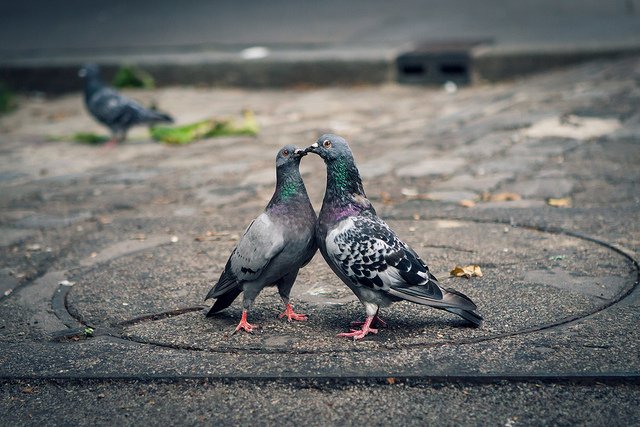 If there is one thing that people want in their lives, it is to have somebody to love. It sounds cheesy but you can’t deny that most people look for it. Love has always been the subject of almost every single part of human existence. It is through this existential force that people find joy when finding and suffering if lost. According to this article, there are many definitions of this rather complicated concept but everybody agrees that it is a part of what we need for survival.

However, there are so many complications when it comes to finding love. For one, there are traditions that you cannot escape when it comes to starting a relationship. One of which is entering the dating scene. There was a time when people used this as a starting point for a continuous relationship. This “old-fashioned” way of thinking still works and exists up to this day.

On the other hand, we are now in a brand new decade. Dating sites have been the norm ever since the start of the 2010s. It was developed way earlier, but most people did not subscribe to it because the internet was not that massive back then. Now, people have access to this web of information right in their pockets. This is the reason why dating sites and apps now dominate the scene. There is still room for the traditional way of meeting people, but it is easier by just using your phone.

With this kind of culture emerging, there has been a demand for specific types of dating apps and sites. For example, there are sites now that offer membership for specific demographics. Others focus on similar interests and kinks. However, there is another type of dating app that has been very popular in recent years. You may know them as hookup apps. You might be thinking: Wait, hook up apps in 2020? Yep, they are not going for a long time.

The New Way of Dating

Hookup culture has been around ever since humans thought of sex as for something else other than procreation. It isn’t in the recent years that it has become a culture of its own, with rules and laws that you need to follow depending on the context and culture of the area. It can get quite complicated, but the Western world has different approaches when it comes to this. Now, the most popular way of meeting people is through the virtual world.

There are so many negative connotations that spring around this concept. For one, many believe that this bastardized the idea of love. Before, it was supposed to be this long process of meeting someone and getting to know them for a long time.

It is rather different these days as more people from the younger generation prefer hookups over relationships that can lead to marriage. There are a lot of factors that constitute this idea, but it is not inherently a bad thing. After all, there is nothing wrong with seeking consensual sex for pleasure and fun. However, you still need to be careful when it comes to these apps. Adults interested in casual dating can even find a one night stand site for instant hookups. The profiles are easy to set up, quick to use and users can even chat with potential matches before deciding if it’s a match made in heaven! Plus, there are no strings attached and both parties have realistic expectations.

Here are some things that you need to know if you are just starting in this virtual journey:

Don’t worry, it also happens in real-world scenarios. There will be a lot of reasons, and there is a part of you that will probably know beforehand that it is not going to work out. You might not be compatible in bed or outside of that. Personalities can clash all the time, and interests differ from one person or another. You can always meet someone new, and maybe that’s the time that it would click into place. Here’s how you can handle rejection properly: https://www.huffingtonpost.ca/entry/how-to-deal-with-rejection_ca_5cd537f6e4b07bc72975ea9b.

However, there are some instances wherein your potential partner just disappears out of nowhere. They would stop messaging you and some would even end up blocking you on every social media. This phenomenon is referred to as ghosting, which pertains to the way ghosts also appear for a while and gone the next. It can be rather perplexing to experience this especially if you know that you have done nothing wrong. You can rethink everything that had happened, but that would be a waste of time. Instead, try to move on and work on something to improve yourself.

We do not condone cheating as much as possible, but it is a phenomenon that happens even to the best of people. With these apps, it has even gotten easier since the anonymity that these websites provide is a feature that these types of people like. If you are not into this kind of situation, you must be honest with your partner to encourage his or her honesty as well. You can also try investigating especially if the relationship is starting to get serious.

If there is one thing that you need to take away from this article, it is this adage. This will always be relevant in the virtual dating world. There is nothing worse than being lied to after you have already invested something into the relationship. As mentioned before, the anonymity that the internet provides is a great feature. However, it is also one of the most abused ones since people take advantage of this feature all the time. As someone who is actively looking for a partner, you need to be honest with your intentions so that it will not affect yours later on.

Most of the websites and applications online that offer this kind of service usually come with a fee. If you want more functionality with your online experience, then join by all means. However, it is so much better if you can have it for free. Find someone new to flirt chat with, find a date, or simply see what’s out there – all for free! Fortunately, most dating sites do offer a “freemium” type of transaction with their clients. You can meet people online for free, but you need to pay to use more of the features. It can be a great way to start your online dating journey.