The technical challenge on the Great British Bake Off last week was figs rolls. I absolutely love a fig roll – a much underrated snack in my opinion. They are properly sturdy and wholesome feeling, not like you’ve really had a biscuit at all, more like an oat cake and a fruit salad.

This fig roll recipe is even more wholesome than usual because it comes from The Happy Pear cookbook. I bought this book after my sister took me to visit their cafe in Ireland, which was LUSH.

They are really into healthy eating, so it’s all piles of homemade Medjool date energy balls and massive, colourful bowls full of couscous and olives and pulses you don’t recognise but feel like you should. It’s basically how you imagine your own kitchen would be if you lived in Greece and had seven children and wore long, flowing dresses. You know that anything from their recipe book is going to be oozing with goodness. Eat one of these fig rolls and feel smug AF.

This is a gluten free fig roll recipe, with a pastry made with ground almonds instead of flour. I know on the Bake Off the fig rolls were the technical challenge, but I don’t honestly think you need much technical skill to make these. They’re a bit fiddly maybe, because the pastry is quite crumbly, but you’ll manage it, I have faith in you. 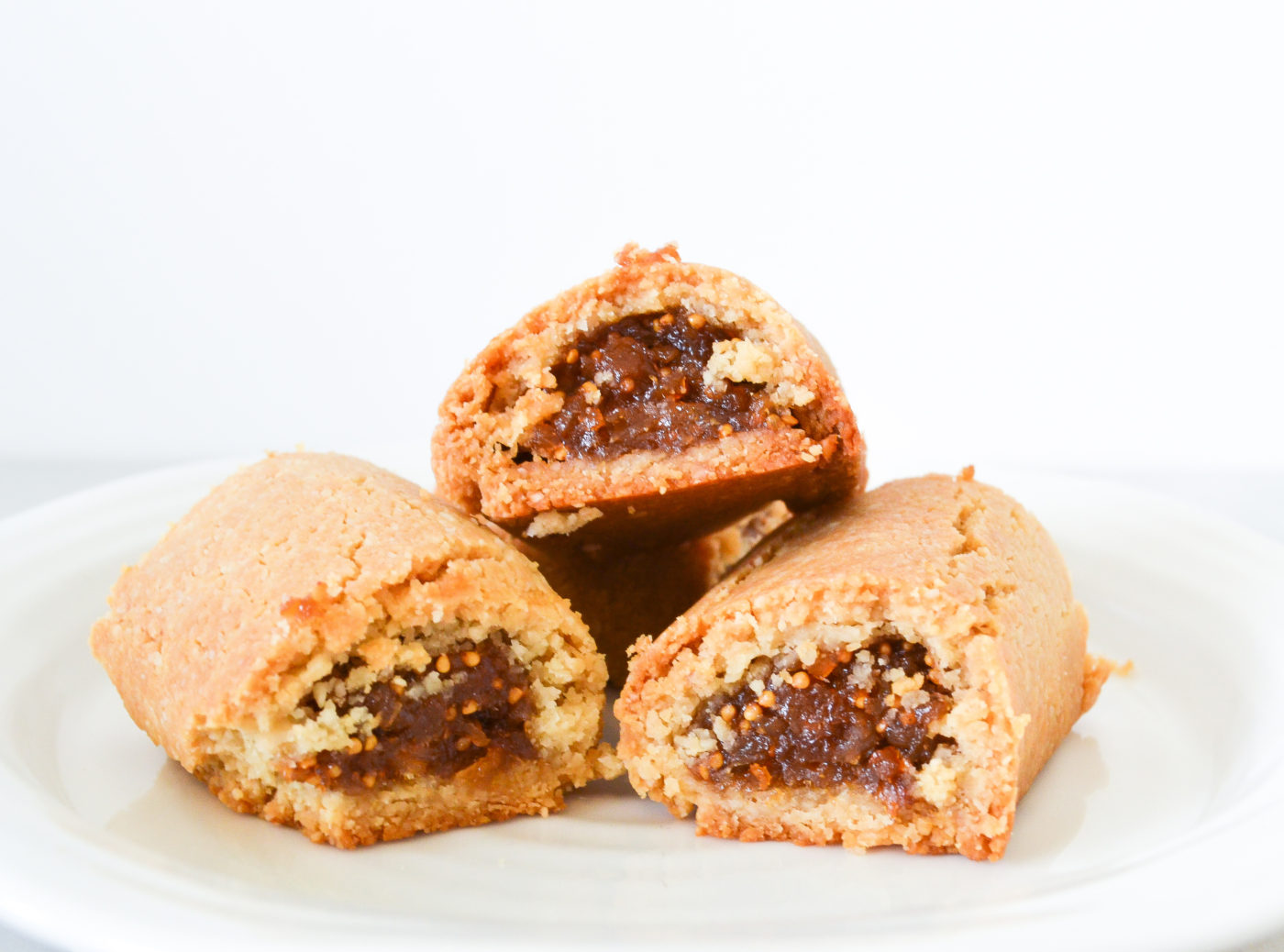 For the figgy filling: 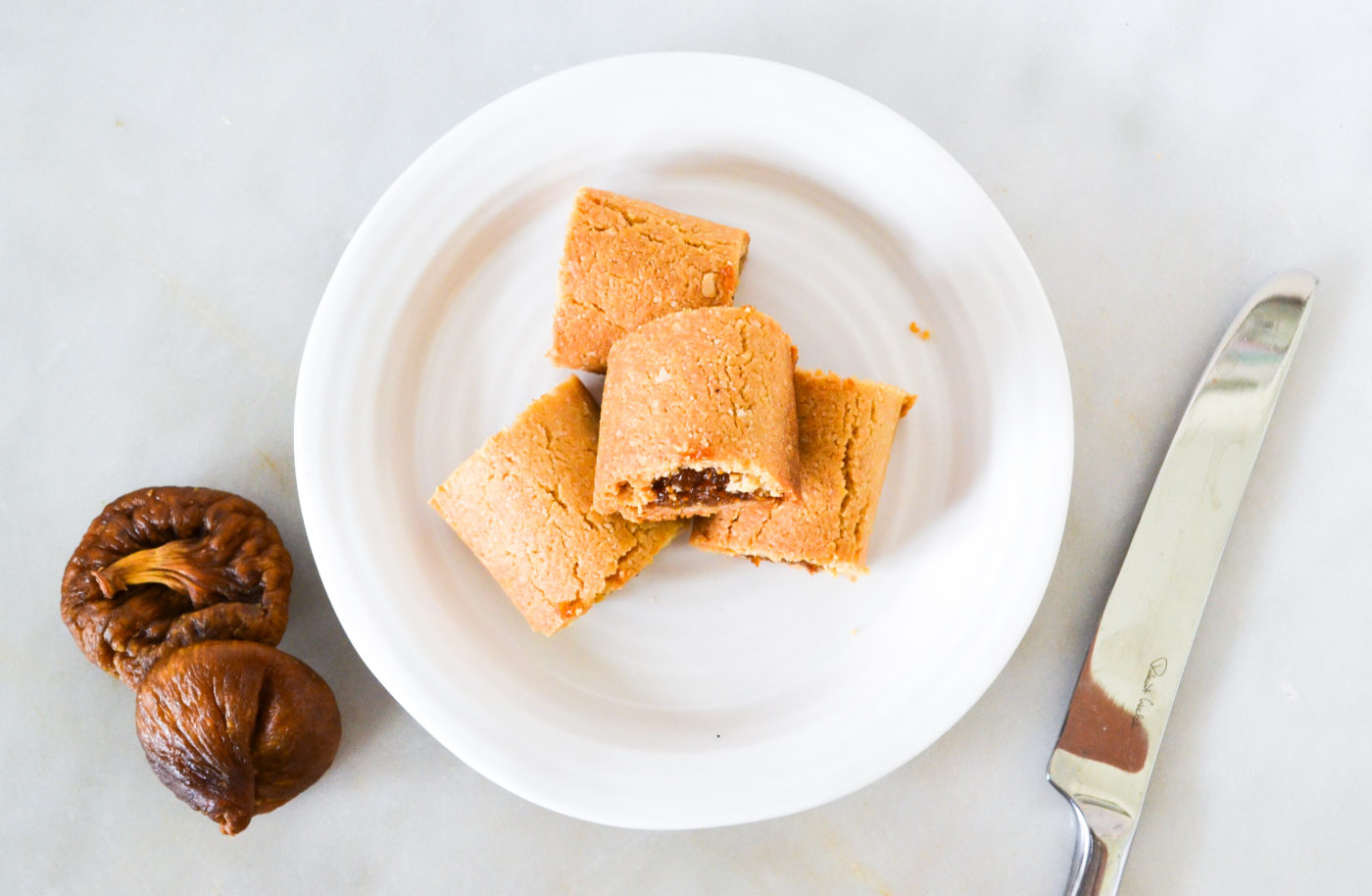 Start with the dough. On the Bake Off this would be very tricky and puzzling.

‘Ooooh!’ say the contestants as they whip the tea towel off their glass jars, ‘It just says ‘make dough’! What do we do?’ Cut to one of the more anxious contestants looking nervous and saying something like ‘this could be the week I go home!’

In this case literally just MAKE THE DOUGH. Put all the fig roll dough ingredients into a bowl, mix them together to form a ball, and stick it in the fridge for an hour.

When the dough is nearly ready, stick the figs in a food processor and blitz them. Add the lemon juice and vanilla and blitz again until you have a nice gooey paste. I told you it wasn’t exactly technical didn’t I? 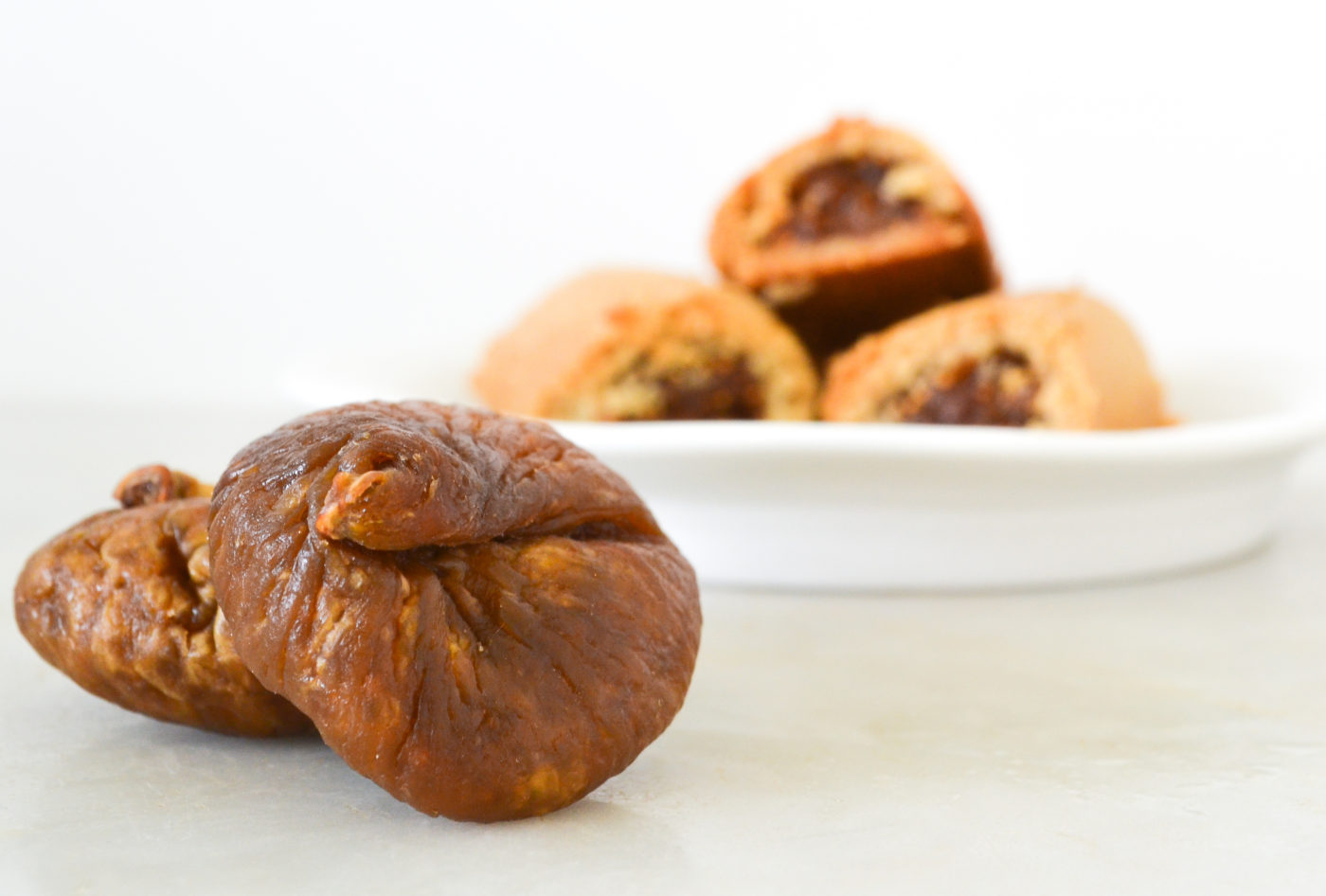 Next is the only vaguely tricky bit. Take about a quarter of your fig roll dough and roll it out between a couple of bits of greaseproof paper into roughly a 25cm x 10cm rectangle, 0.5cm thick. You do it between paper because the dough is crumbly and so quite tricky to work with. (Top tip: use more than you need for the first three quarters and you can trim it down to a neater shape.)

Spread a quarter of the filling down one side of the dough, lengthways, and then fold the other half over top to give you a 25cm x 5cm bar of fig roll. Try to make the join as neat and secure as possible to avoid filling ooze. Transfer to a lined baking sheet and repeat three times so you have four fig roll bars. Don’t cut them at this stage.

Bake at 150 degrees or gas mark 2 for about 30 minutes until golden brown and then remove and allow to cool for at least 10 minutes before cutting each bar into five, giving you 20 homemade fig rolls in total.

And that’s it! Homemade gluten free fig rolls. Try not to eat them all at once. 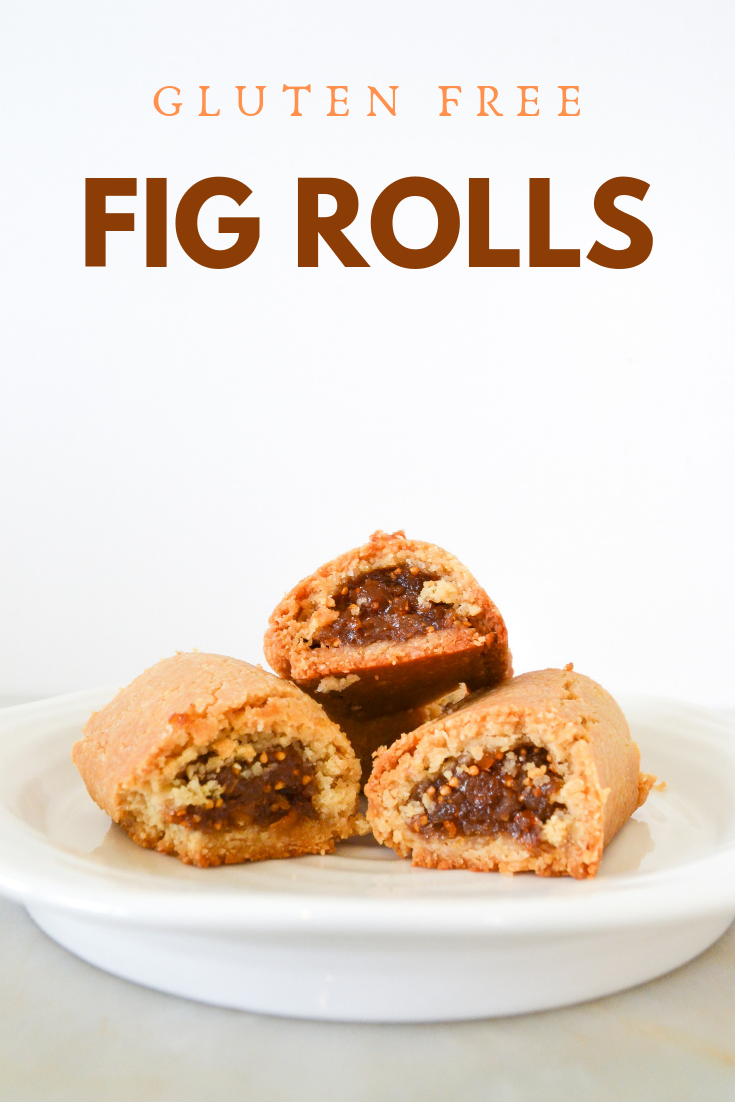