When I visited my mum at the weekend I took with me two large plastic bowls.

I’d noticed when we were there last time that there were a lot of blackberries growing over the fence where she parks her car, and I wanted to collect some and imagine, briefly, that I was living some kind of Tom and Barbara life of self-sufficiency. What I hadn’t realised was that there were also a couple of apples trees tucked away at the back, so I came home with a big haul of blackberries, eating apples and cooking apples. 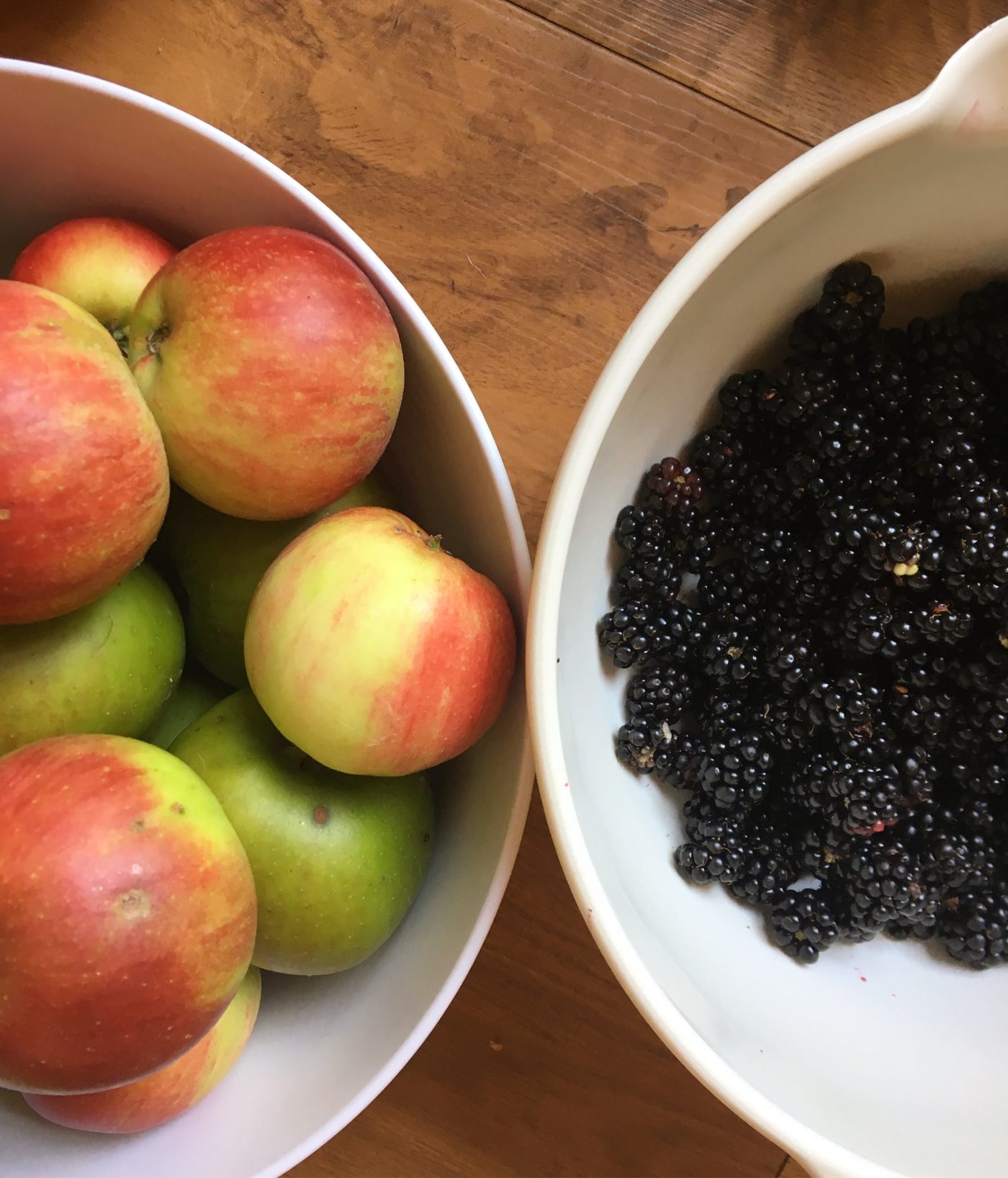 The trick now is to use them all up before they end up just rotting in my kitchen rather than on the floor next to my mum’s car.

One of the first things I did with the eating apples was to slice them thinly, sprinkle them with cinnamon, and pop them in the oven for about half an hour until they dried out. This is one of Belle’s Best Things and a sure fire way to get her to eat at least four apples without realising it.

I’ve used the blackberries a couple of times this week to make overnight oats, which made me feel especially wholesome as it involved forethought, and today I made some mini spiced blackberry and apple pies.

They were a combination of recipes from BBC Good Food, including this one for the sweet shortcrust pastry and this one as inspiration for the filling and cute apple shapes. 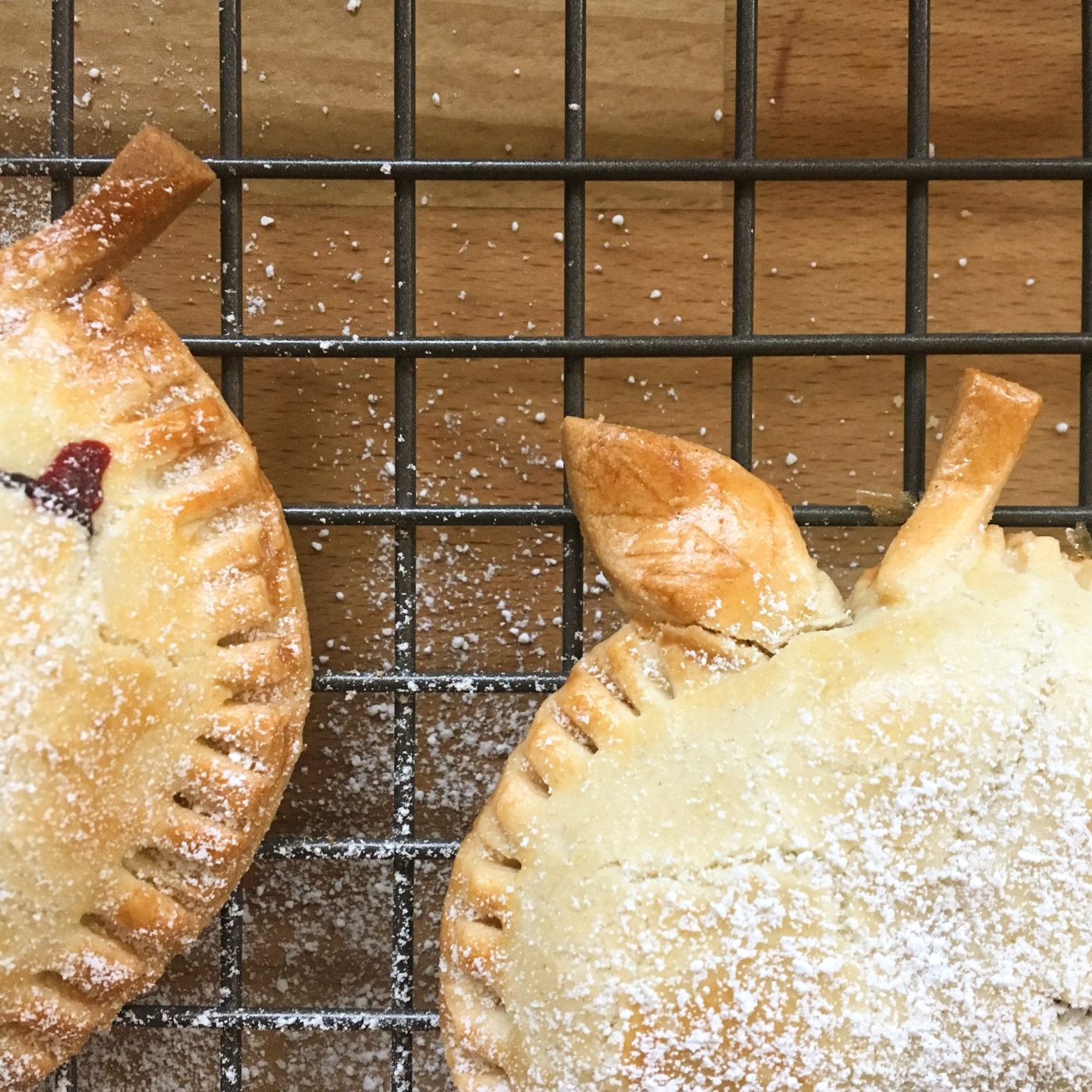 As I didn’t want to end up eating 12 mini apple and blackberry pies all by myself, I just made one quantity of the sweet shortcrust pastry, which in turn made about five decent sized pies. I did stick with similar quantities for the pie filling though, as I thought some leftovers would be nice for breakfast with a bit of yogurt. I’d say you’d need to either double up on the pastry or half the filling if you want them to match.

The BBC Good Food recipe calls them ‘hand pies’, (who doesn’t like a pie in their hand at all times?), but mine were a little fragile for that. I’d say ‘warm, in a bowl, with a blob of vanilla ice cream pies’ would be a better name.

Talking of ice cream, I’ve also been experimenting today with making feta and olive ice cream and frozen yogurt, which sounds a bit grim I know, and may or may not be, depending on if I can get it to freeze. The base mixture for the feta ice cream was delicious though and I definitely didn’t find that out by drinking it out of the Nutribullet. 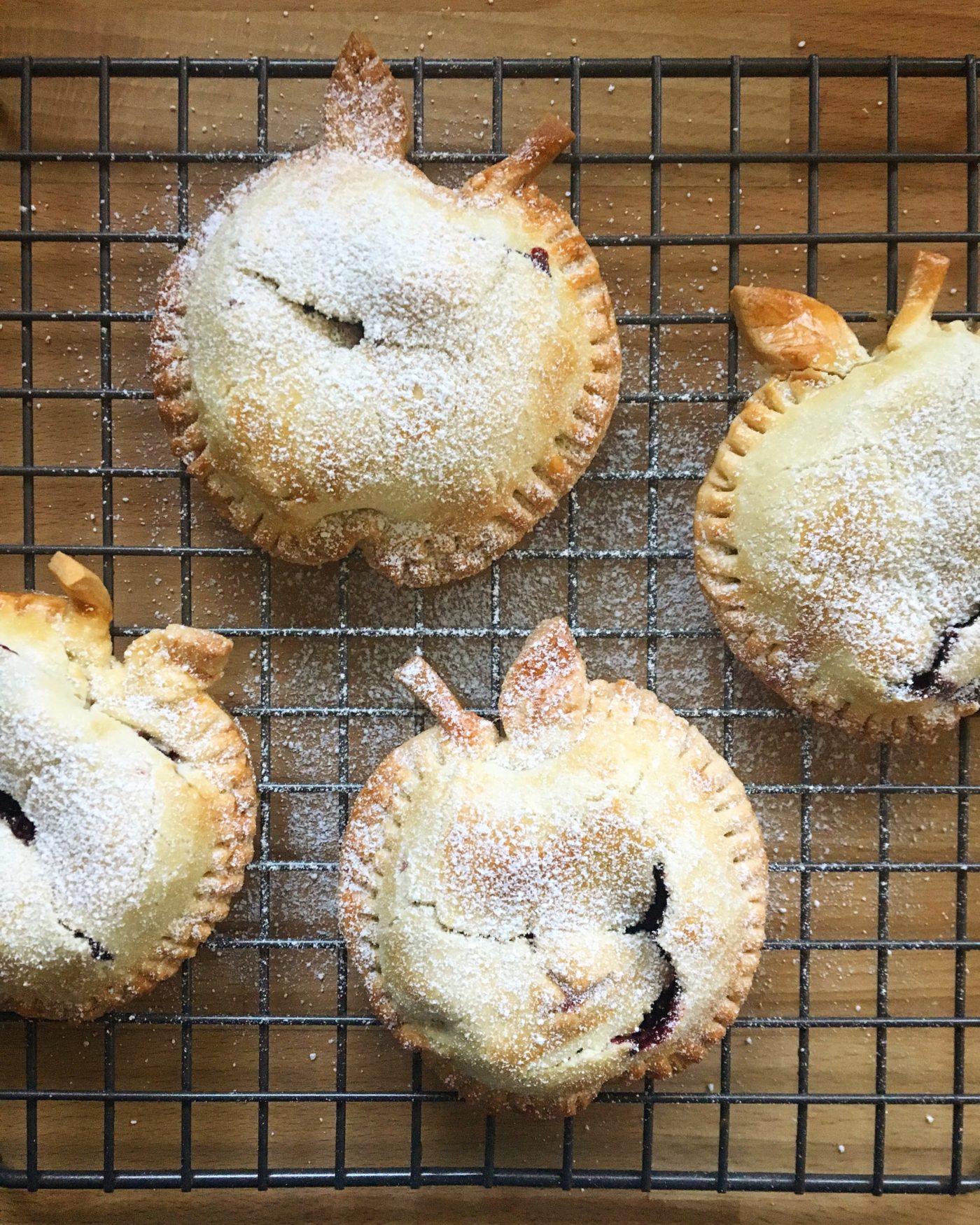