Spoiler alert – I WILL give away the ending

Toy Story has always had an uncanny way of mirroring my own life.

The first Toy Story film came out in 1995, the year Bee was born – an introduction to the world of parenting and children and toys when, let’s be honest, I was basically still a child myself. 1999 saw the release of Toy Story 2 when Bee was four years old and the prime age for imaginative play.

Then we had a break, and in 2010 Toy Story 3 swept in, just as Bee was gearing up to leave school and start college, with a film all about kids growing up and leaving home. Andy was a teenager now, moving on. He didn’t need Woody and the other toys anymore. They were being left behind, their job done, but what next for them? Who were they without Andy?

God. I saw that film THREE TIMES in the cinema and I cried every damn time.

And then Toy Story 4.

I didn’t know what to expect, and initially I was kind of disappointed.

‘I don’t buy it,’ I said dismissively to Belle as we left the cinema. ‘No way would Woody have left Bonnie and his friends, that’s just not his style.’

Nonplussed would have been a good word to describe me. I just didn’t get it. It seemed so out of character for Woody when his whole life until now had been about taking care of others. He lives for being someone’s toy. That’s his JAM.

It was only about an hour later, while I was doing the washing up and thinking about it some more, that it struck me – that was the POINT wasn’t it? Woody HAS spent his whole life looking after other people, leading people, taking care of them, and it wasn’t enough any more.

Woody has had his very own midlife unravelling. 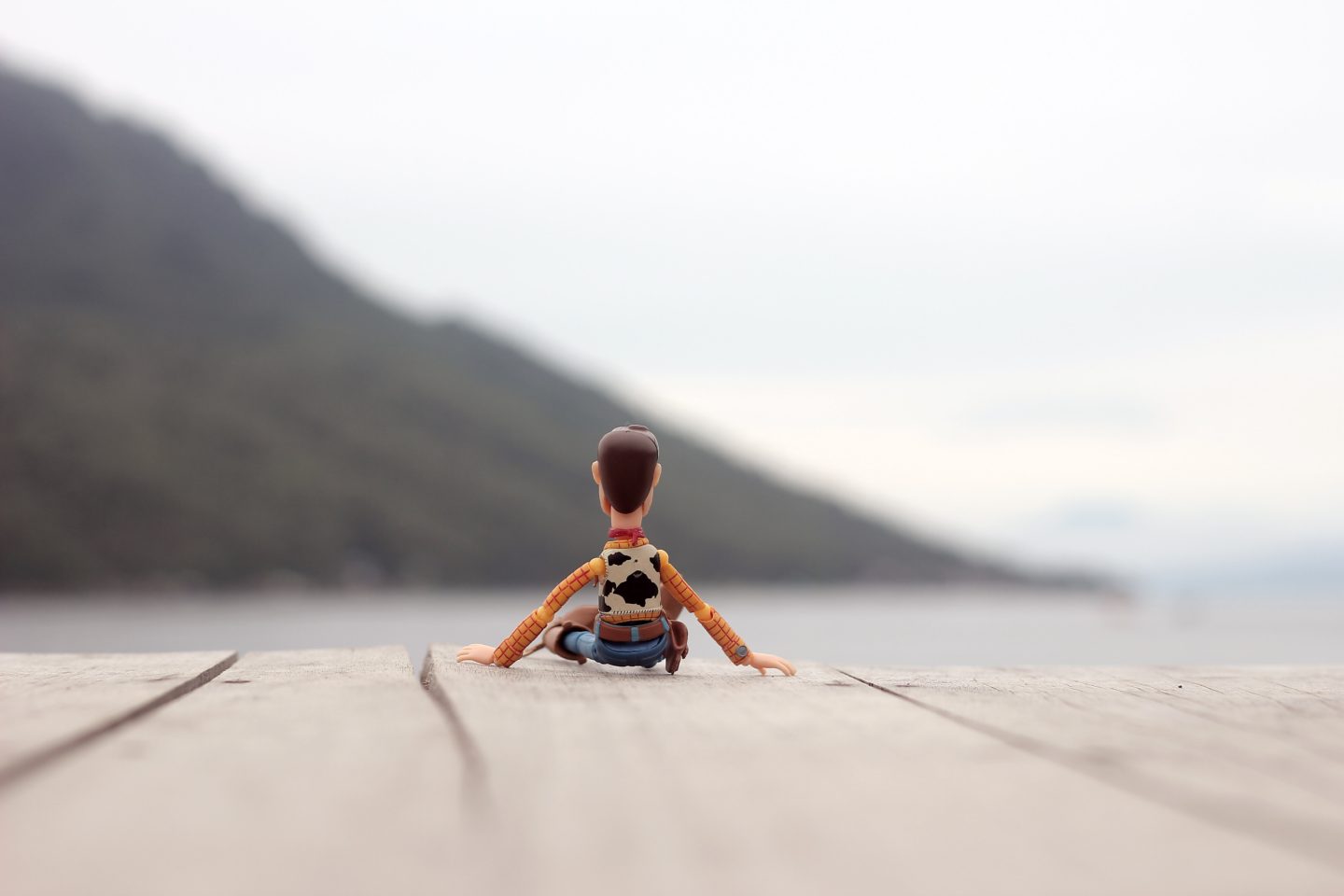 (Catch up with my own midlife unravelling here if you’ve not read it already.)

There I was thinking that Toy Story had lost its connection with me and in actual fact it couldn’t have been more relatable. Is it deliberate do you think? Do the writers realise the importance of connecting with the parents as much as the children and is this reflected in the timeline? They must do surely?

I’m going to have to go back and watch it again because the more I think about it, the more Woody’s unravelling feels like it runs in parallel with Brené Brown’s description. He’s put other people first for years, sacrificing love along the way, until he reaches the point where he doesn’t know who he is anymore. He’s clung to the idea of being someone’s toy over everything else – of not being a ‘lost toy’ – but has ended up more lost than anyone. His identity has been stripped to the point that in one scene his sheriff badge is removed and in another his voice box is taken out.

So what can we learn from Woody that might help us unravel gracefully?

It’s fairly obvious I’d say – nobody needs you as much as you think they do. It’s not always what you want to hear when you’ve built your life around being indispensable, whether as a parent, a partner or through your work, but the world, (or in Woody’s case the carousel), isn’t going to stop turning because you decide you want to get off and try a different ride.

If we follow Woody’s example, it’s about coming to terms with the idea that the same way of doing things doesn’t work anymore, that you might need to lose yourself to find yourself again.

And do it quickly, before you become so lost that you literally run away with a travelling fair.

Photo by Zakaria Ahada on Unsplash