About a week ago Belle and I went for our second visit to Symonds at Redwood, a lovely restaurant on the outskirts of Bristol – Clifton side – with a focus on seasonal, locally sourced food. Symonds is a slightly unusual offering in that it’s situated within a luxury retirement complex, but don’t let this put you off – it’s open to everyone and the service, ambience and decor is top notch. You’d expect nothing less from a luxury retirement after all.

The first time we went, about a year ago now, Belle was in a grump. I can’t remember why exactly, but I know it wasn’t a great time for her generally. She had GCSE exams looming, and wasn’t what you’d really call going to school, as she was finding it all a bit much. Being made to go out for dinner with me seemed to tip her over the edge, despite having her every whim catered for, including an off-menu side of dauphinoise potatoes.

This time around though she was in much better spirits and I was feeling more optimistic about conversation levels. 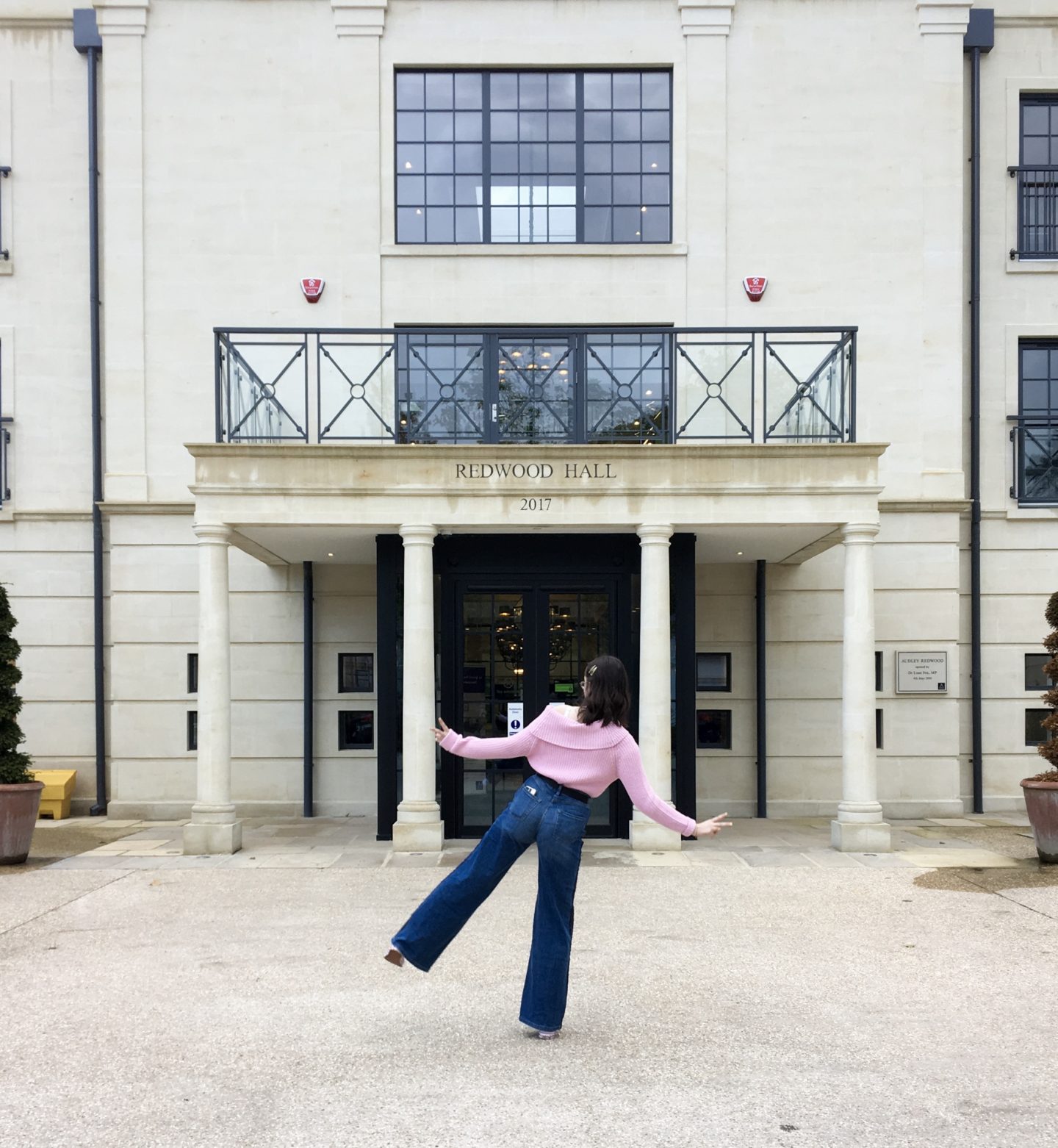 As I had been expecting, we were greeted by friendly and attentive staff, and settled down for a look at the menu. The food changes every three months, inspired by what’s in season and available locally, and if you go now you can choose from delicious sounding things like ‘Skate wing, celeriac puree, girolle mushrooms, braised fennel and beurre noisette’ and ‘Asparagus, petit pois and basil oil risotto, pecorino crisp and wild rocket’.

(You know a menu is fancy when every ingredient is listed don’t you?)

Belle opted for the bread board to start, which came with olive oil and balsamic vinegar and a bowl of really lovely olives. This turned out to be an excellent value starter as there was a LOT of bread – definitely enough for two people to share. 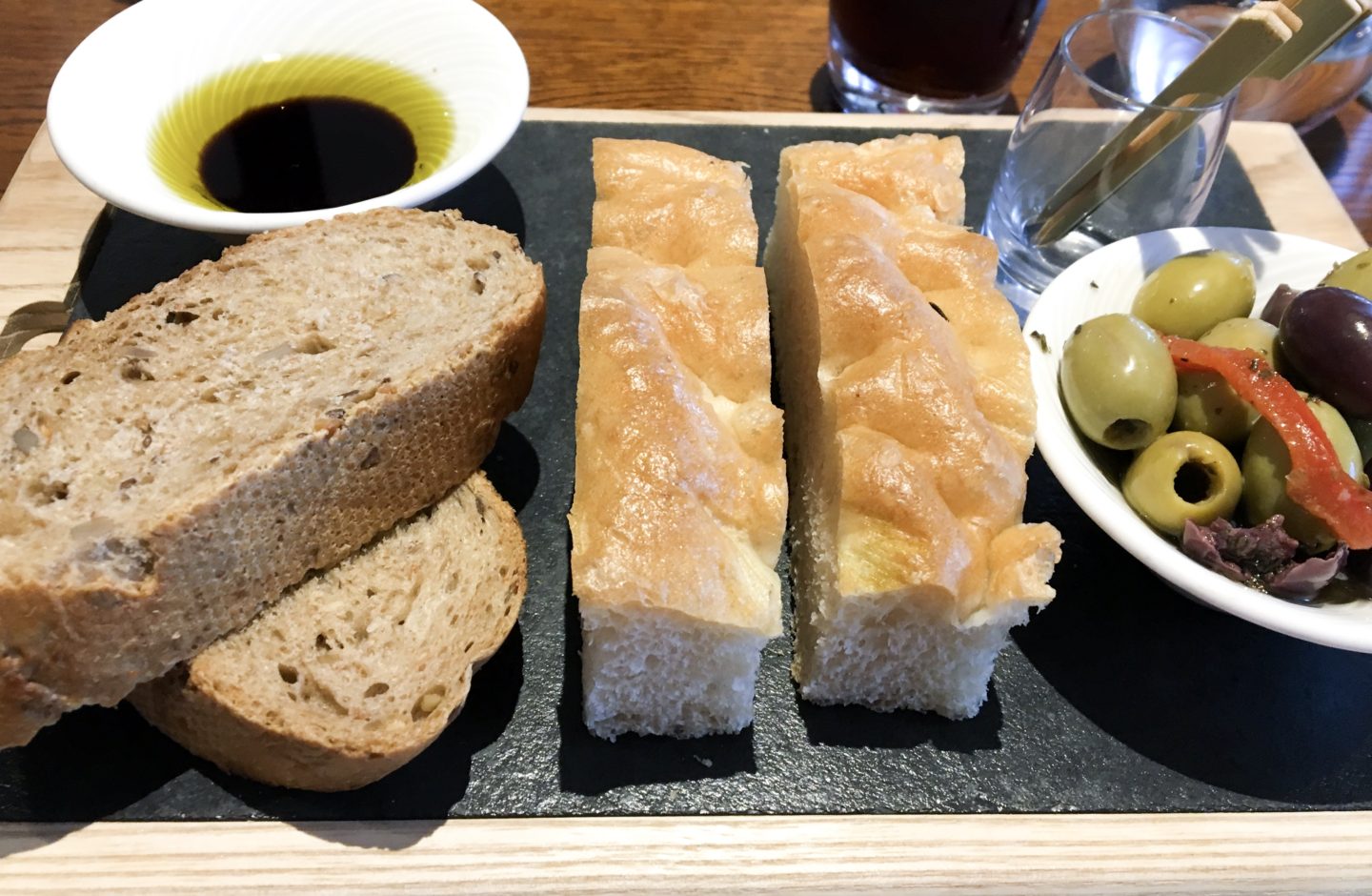 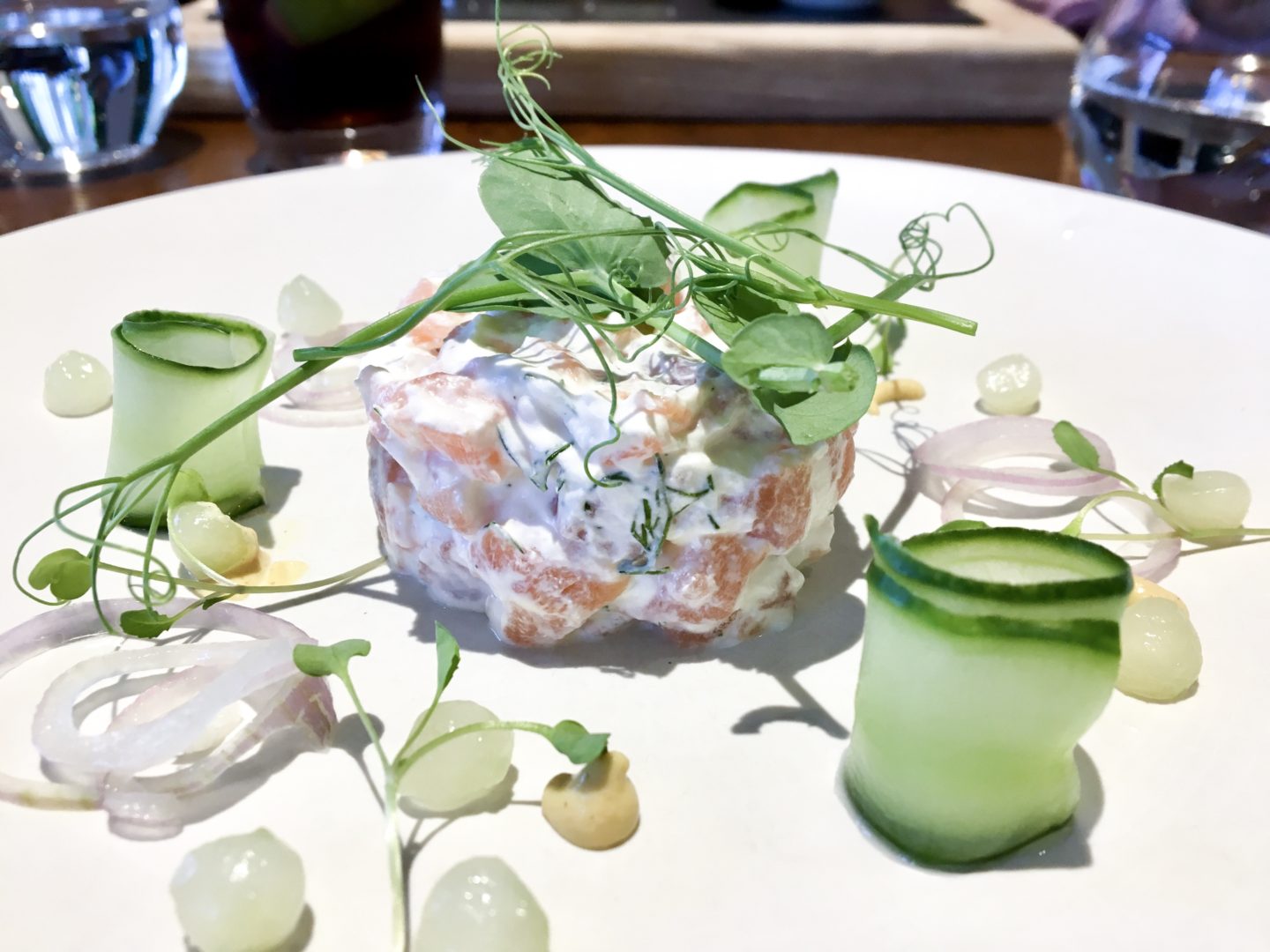 For mains, Belle went with ‘corn fed chicken breast, chicken wing kiev, dauphinoise potato, sweetcorn puree and crispy savoy cabbage’ because she’d have chicken for every meal if you let her. She ate it all, which isn’t a common occurrence in restaurants. The mini chicken kiev was especially cute. 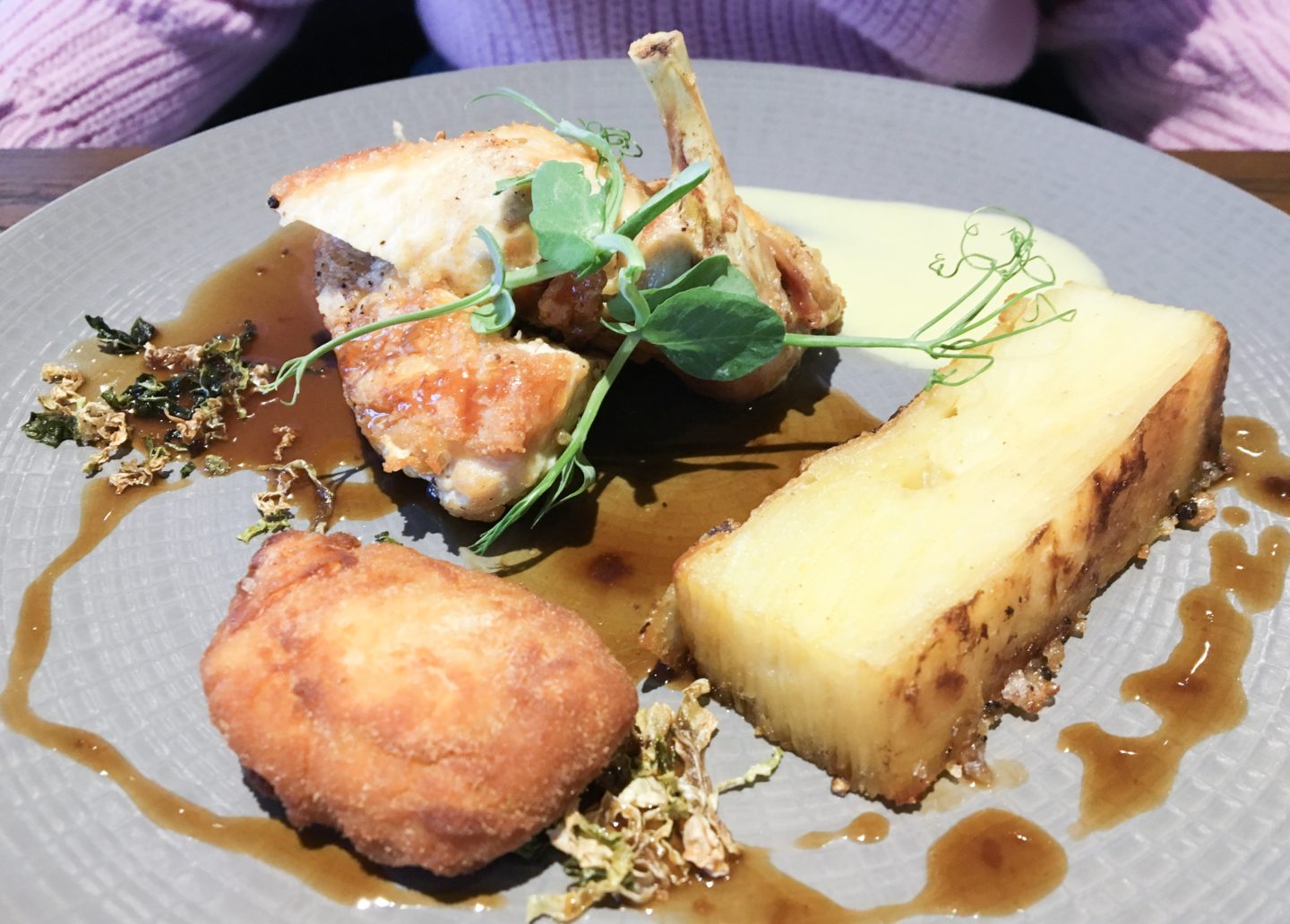 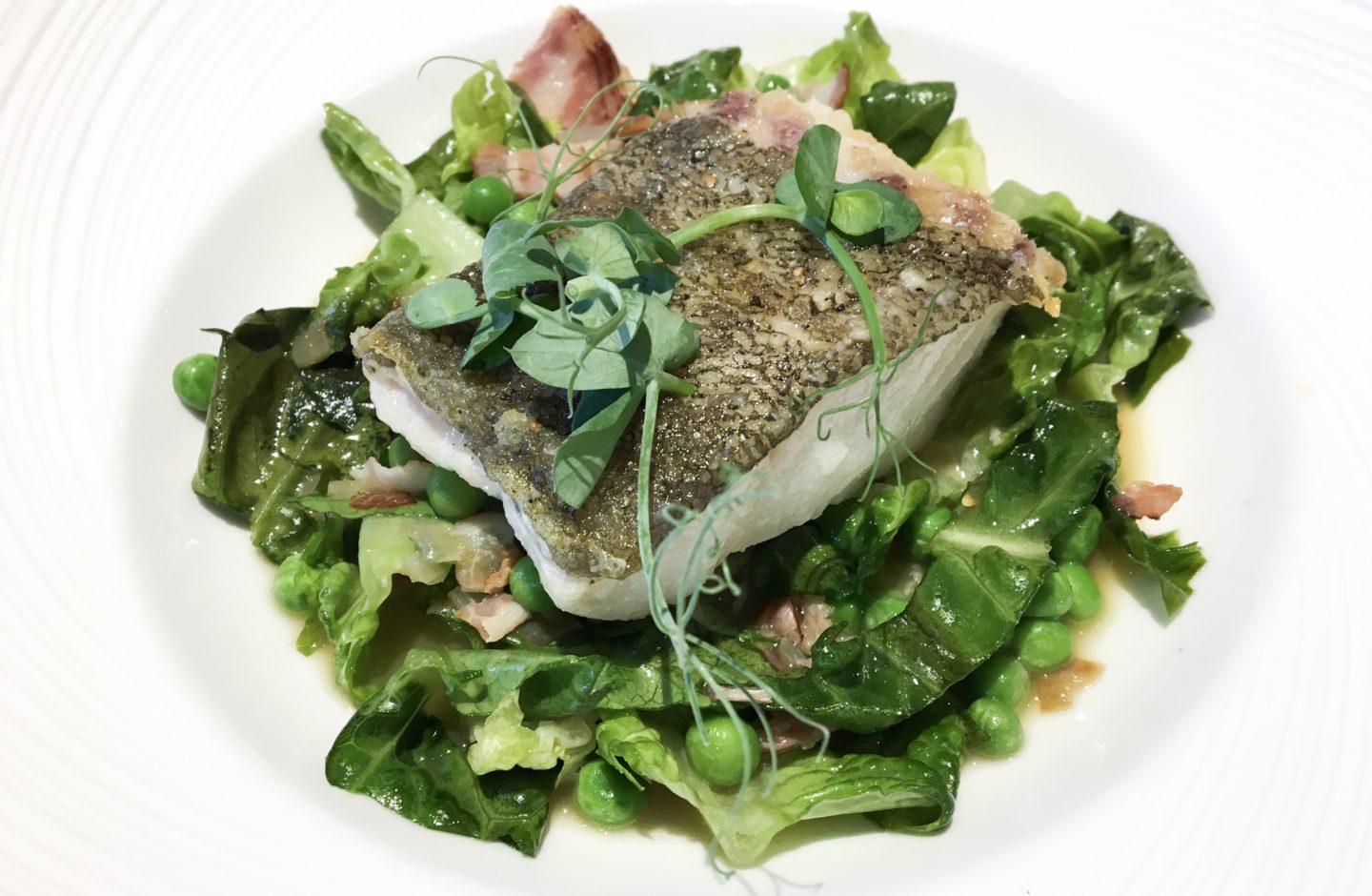 The cod was immense – a very generous portion, and perfectly cooked. I ate all of mine too, although to be honest that pretty much always happens.

By this point I was fairly full, but everyone knows that we have a secret second tummy for puddings, and if you’re reviewing a restaurant it’s basically unprofessional not to try as much as possible. Nobody wants to be thought of as unprofessional.

I will be honest and say that this is where things went a tiny bit wrong for me – not because my coffee panna cotta wasn’t perfectly nice, but because Belle had the hot chocolate fondant. 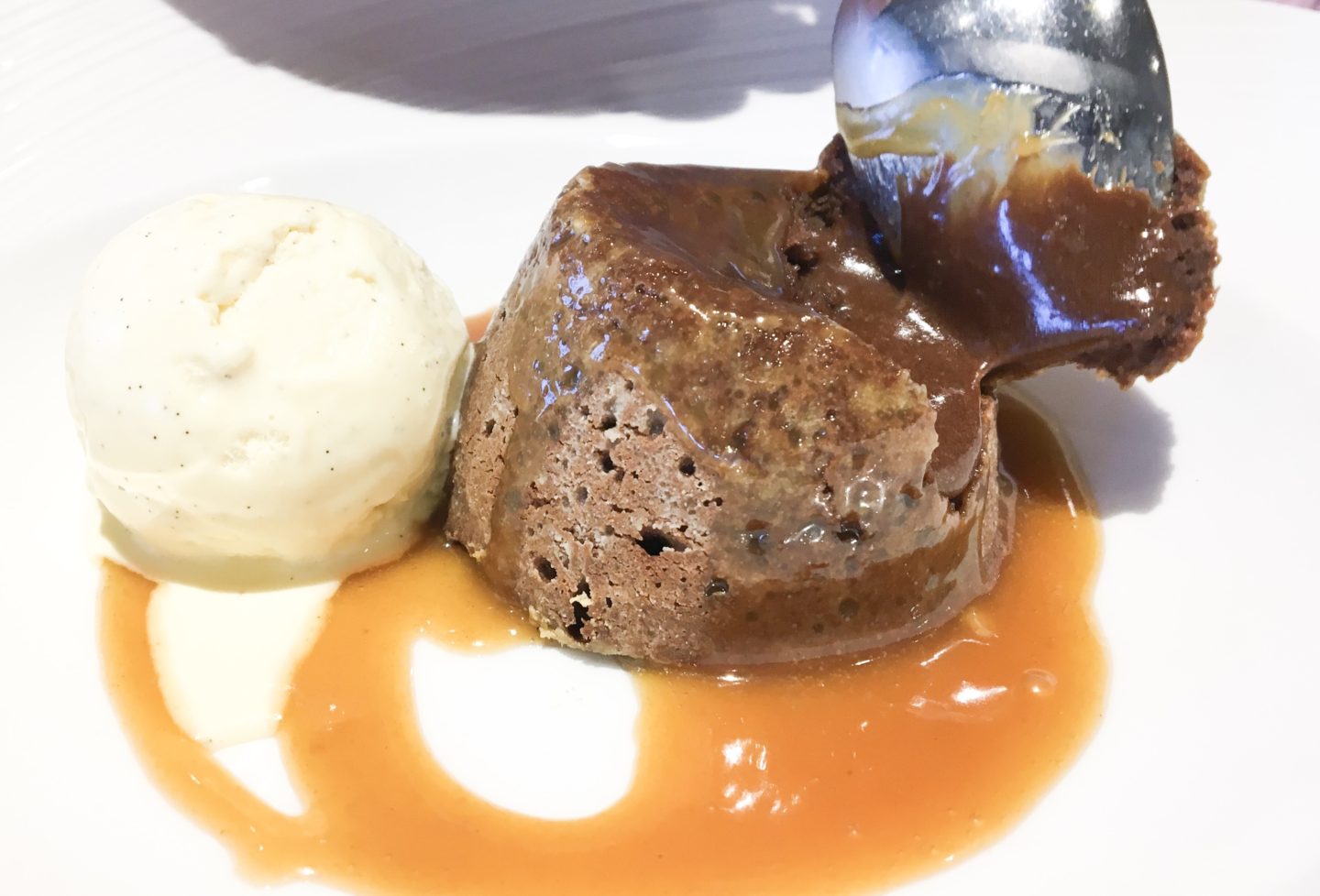 I had food envy in the extreme. You know when you’re eating, and you’re enjoying it, but then you have a taste of someone else’s and it’s so good that you immediately pull a sad face? I did that.

‘Yours is nice,’ I said in a quiet voice.

All in all then, apart from the mild envy at the end, we had a brilliant time and were just as impressed as the first time we visited Symonds. Belle lived up to expectations and was excellent company, which made it even better than first time around. I expect we will go back soon as paying guests as it’s on the way, since she moved, between our house and Bee’s.

We’d definitely recommend Symonds at Redwood for lunch or dinner. Just make sure you get the chocolate pudding.