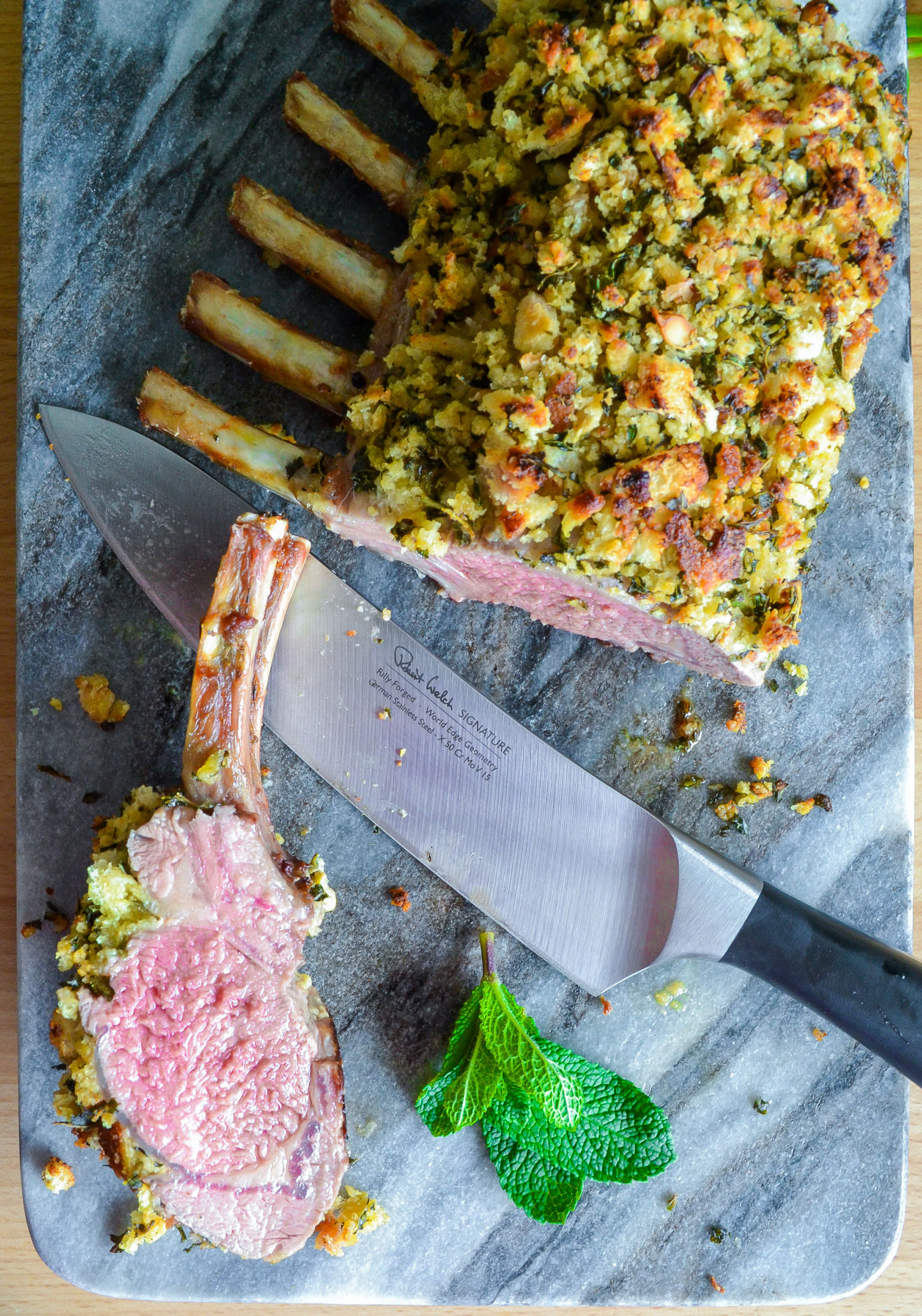 You heard me, Game of Thrones.

I have to say that the brief to create a ‘lamb recipe to tie in with the new series of Game of Thrones‘ presented a bit of a challenge to me initially, as I’ve never even seen an episode of Game of Thrones, not even five minutes of it. When I read ‘Game of Thrones’ then, my first thought was ‘sexy dwarfs’. I have no idea if there even are any dwarfs in it. The sexy bit I think was just because I’ve heard there’s a fair amount of nudity.

I asked around, and was given clues that mentioned brutal violence, murder and dragons.

The ‘Lamb. Try It, Love It’ campaign is all about making you think differently about lamb though, and I was definitely doing that.

I remembered a few years ago how we’d gone to Northern Ireland to tick ‘visit the Dark Hedges‘ off my list of 40 things to do before 40. The Dark Hedges is a country road in the middle of nowhere, where massive trees have grown over the road and intertwined to make a tree tunnel. Tree tunnels are one of my best things, and when I’d seen a picture of this one in a magazine a few years earlier I knew I wanted to see it in real life.

What I didn’t know when I visited was that The Dark Hedges was actually used as a location for some of the action in Game of Thrones.

Here at last was my way in!

I looked back at the photos, and an idea started to form in my mind… 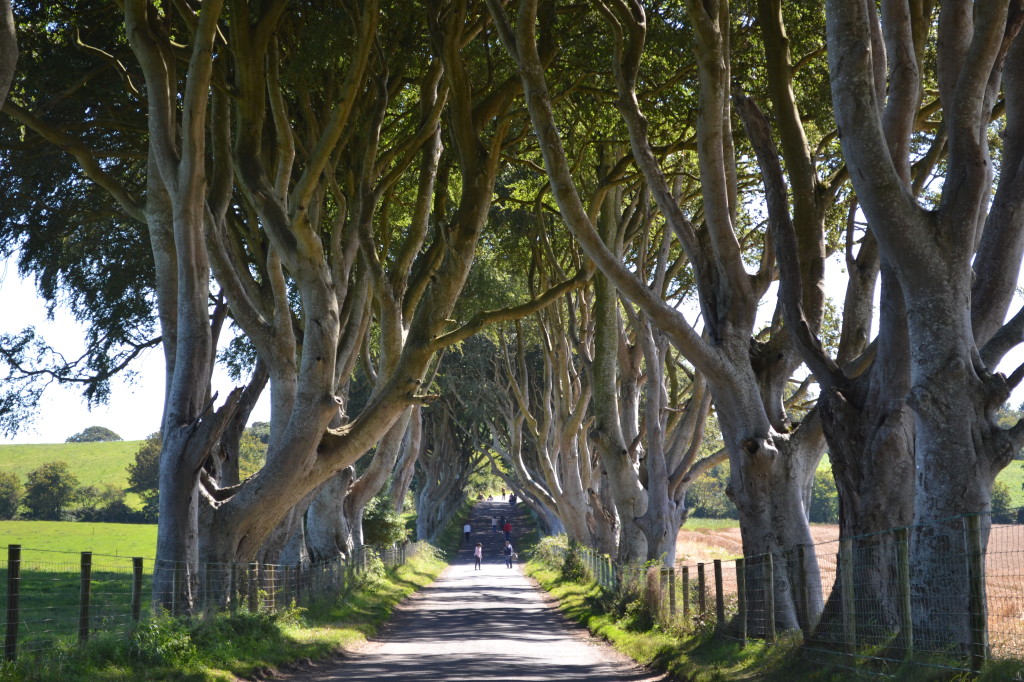 ‘I’ve got it!’ I shouted to Belle, running into the lounge and interrupting her concentrated viewing of the Kardashians graciously helping a homeless man by giving him a gold necklace and telling him not to sell it, but to keep it always to remind him of them, ‘I’m going to make a meat tunnel!’

‘Okay,’ I said, ‘not a tunnel exactly, more of a Dark Hedges replica. Made of lamb.’

She was too impressed to speak, (that was definitely it), and so I set to work creating a Game of Thrones inspired rack of lamb. 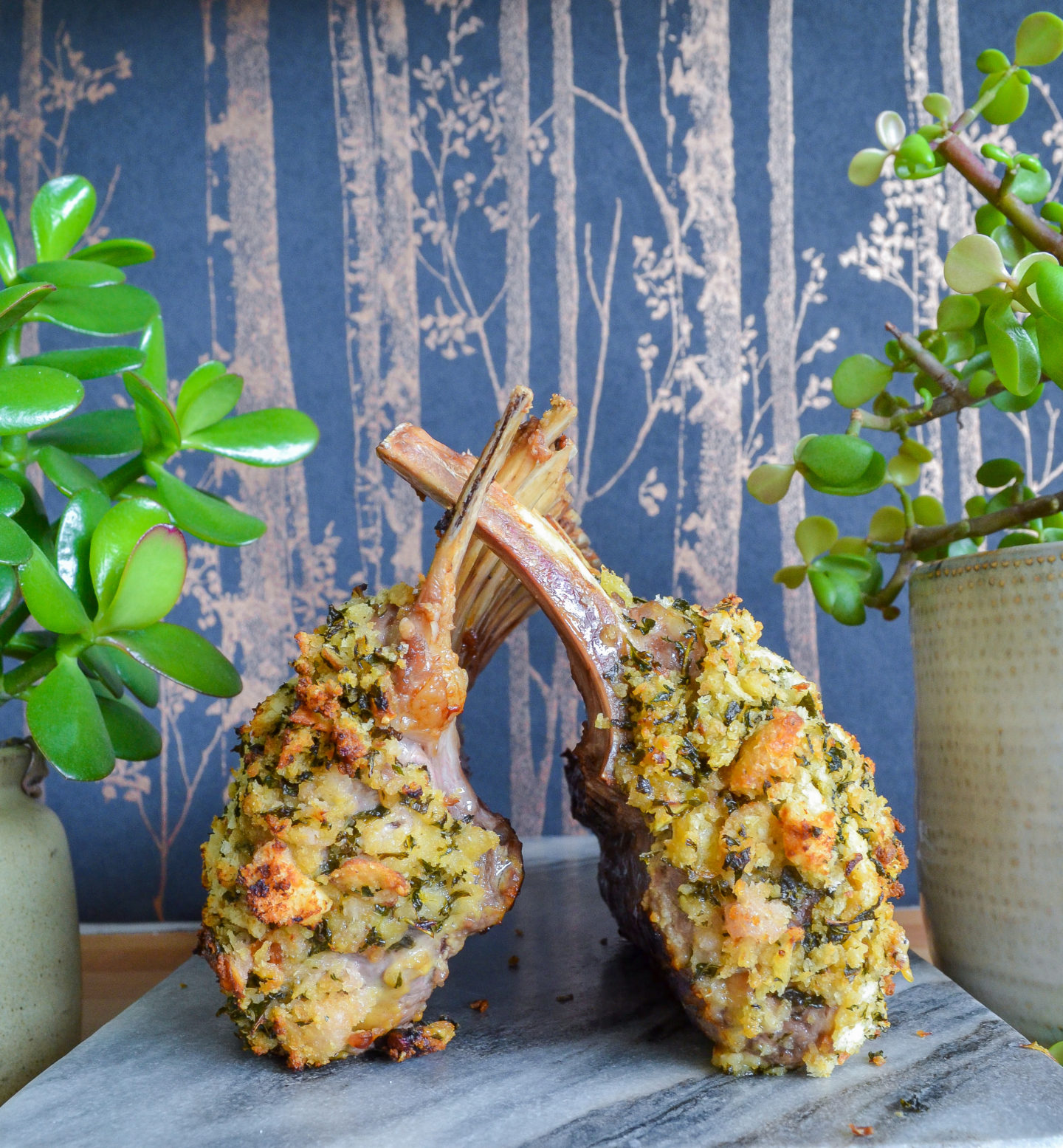 I’m not going to lie, I was pretty pleased with myself. I’ve never made a rack of lamb before – I’ve always thought it was one of those complicated things grown ups made – so I was surprised by how easy it was, and how impressive it looked given the minimal effort required. Regardless of whether or not your’re a Game of Thrones fan, this rack of lamb would make a fab centrepiece for an Easter dinner or a special Sunday roast. 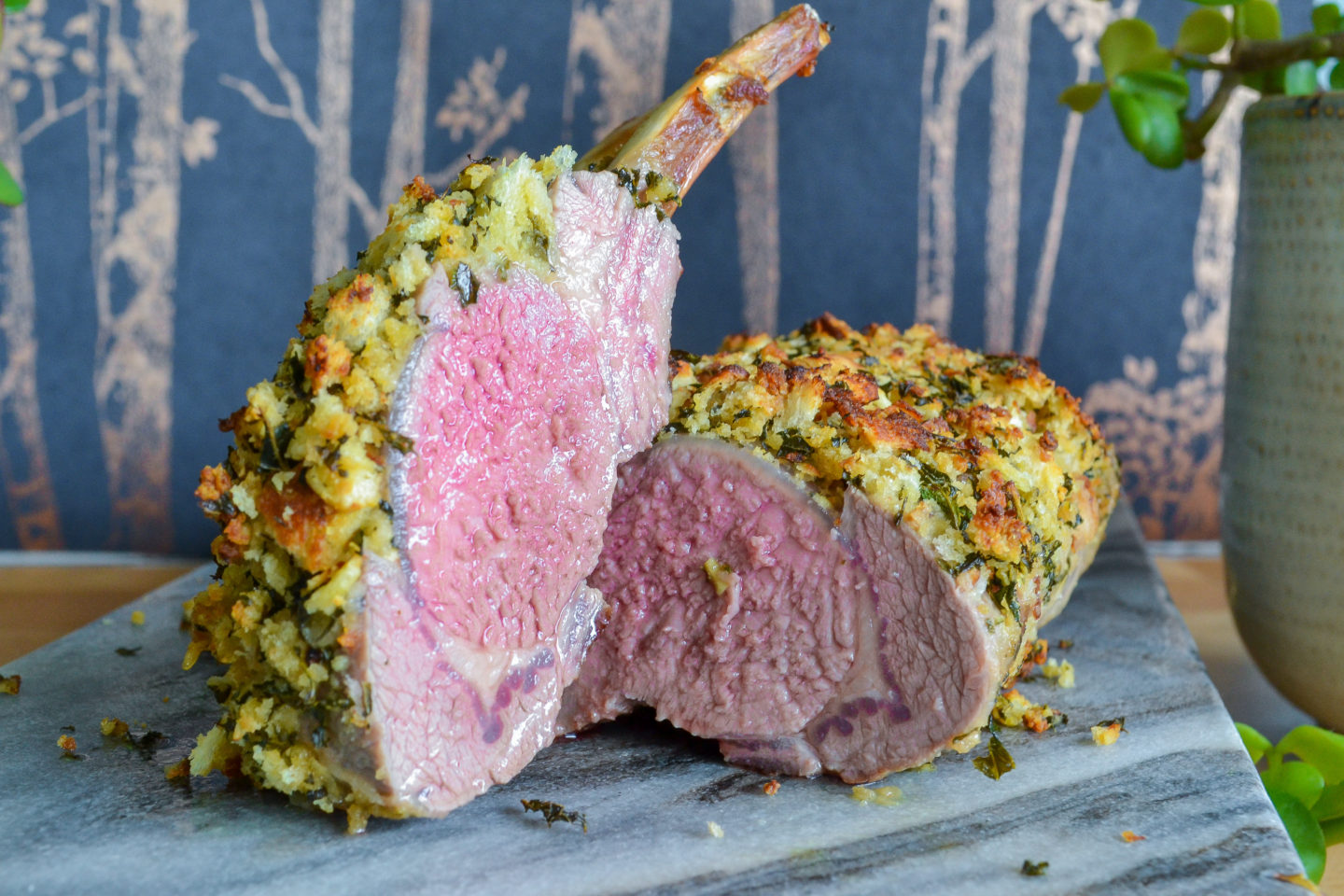 I have to admit that I didn’t quite know where to start with a rack of lamb, but I told the butcher I wanted ‘the bony bits sticking out nicely so I could weave them together’ and he seemed to know what I was talking about. I used two eight rib racks of lamb, which would serve six people easily – up to eight even, if you only give everyone two ribs each – but if you were cooking for fewer people you could cut one rack in half and just lace together four ribs on each side.

Before I began, I did practice the arrangement, and trimmed the meat down a little further on one of the racks to make them more equal. I also trimmed off all of the fat and stuck the oven on – 220 degrees or 200 for fan ovens.

Extensive research led me to understand that searing the lamb first would be a good idea, so I heated a little oil in a large frying pan and gave each rack a couple of minutes on each side, just to seal it. Then I transferred the lamb, boney underside facing down, into a large tray lined with non-stick Bacofoil, (love this stuff after writing this post), ready for the crust.

To make the mint and lemon crust you will need:

Mix the dijon mustard and honey together to make a paste. Apply this over the lamb, including the ends. This will be what sticks your crust to the meat.

In a food processer, blitz the bread into breadcrumbs and then add the rest of the ingredients. Blitz again until you have a moist, crumbly mix. Use your hands to stick this onto the lamb. Pop it into the preheated oven for 25 minutes for a level of pinkiness as seen in my pictures. You can adjust the cooking time slightly either way depending on how you like your lamb cooked.

Leave the lamb to rest for ten minutes or so, then arrange it into a Game of Thrones style Dark Hedges scene, ideally against a backdrop of succulents for added forest-like authenticity. 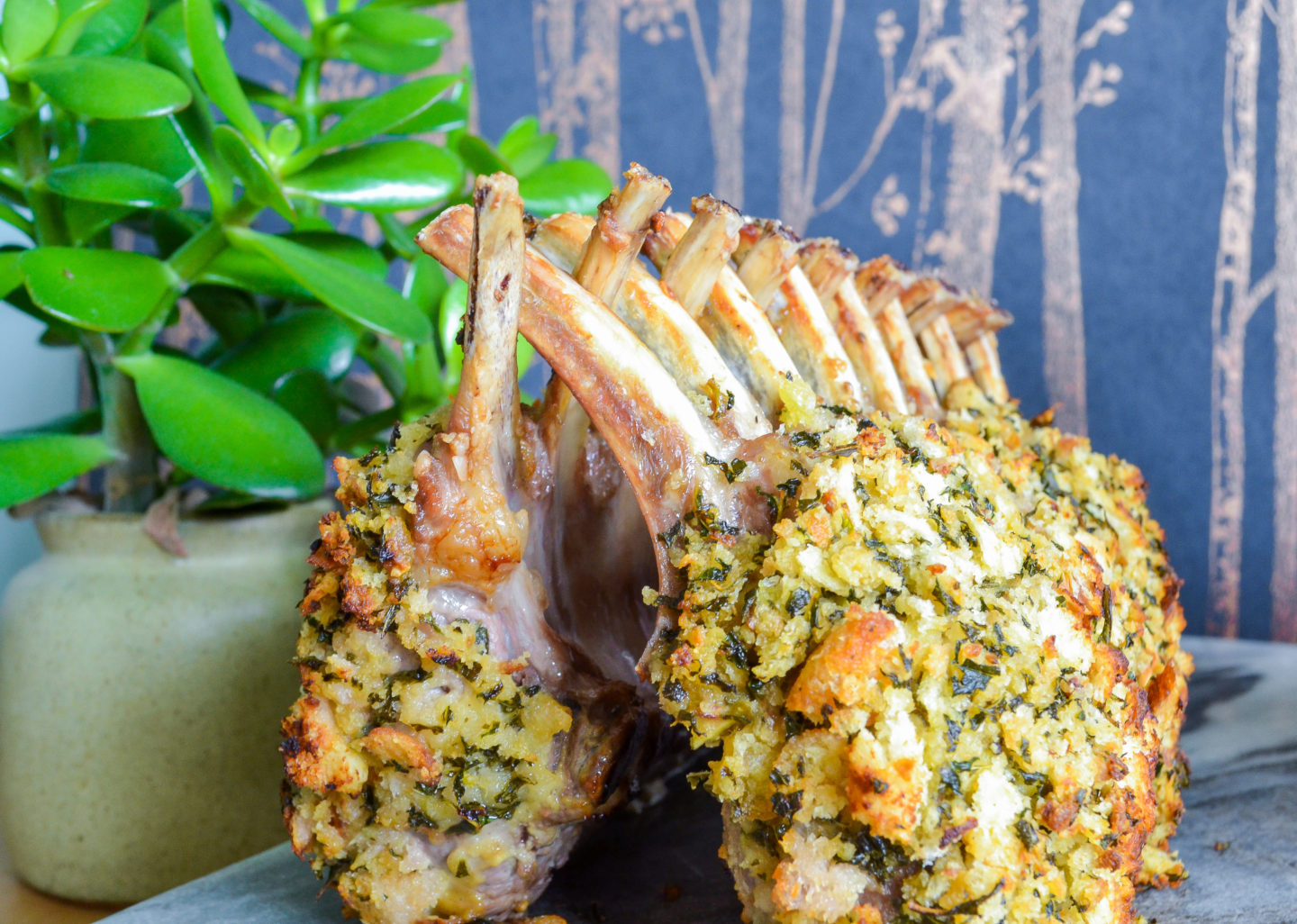 Then sit back and wait for the admiring gasps from your friends as they exclaim, ‘wow, that really makes me think of sexy dwarfs!’ or whatever it is that Game of Thrones fans say.

When you’re ready to eat, slice between the lamb ribs to create chops and serve with roast potatoes and a selection of fresh, seasonal Easter vegetables. 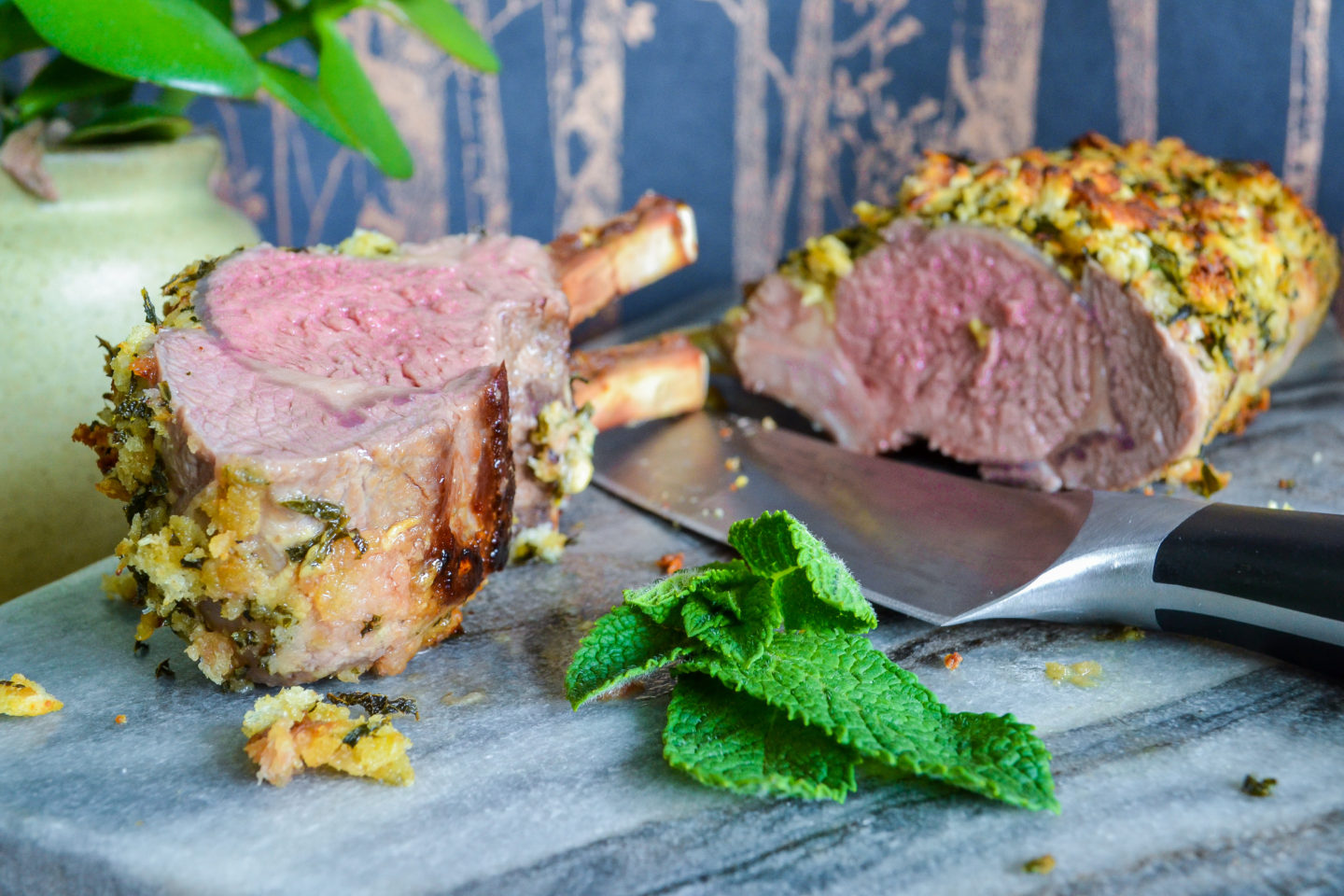 P.S. Sorry if I made you sad in my easy overnight lamb curry post by telling you that was the last in my series as part of the ‘Lamb. Try It, Love It’ campaign – they liked me so much they got me back to do some more!