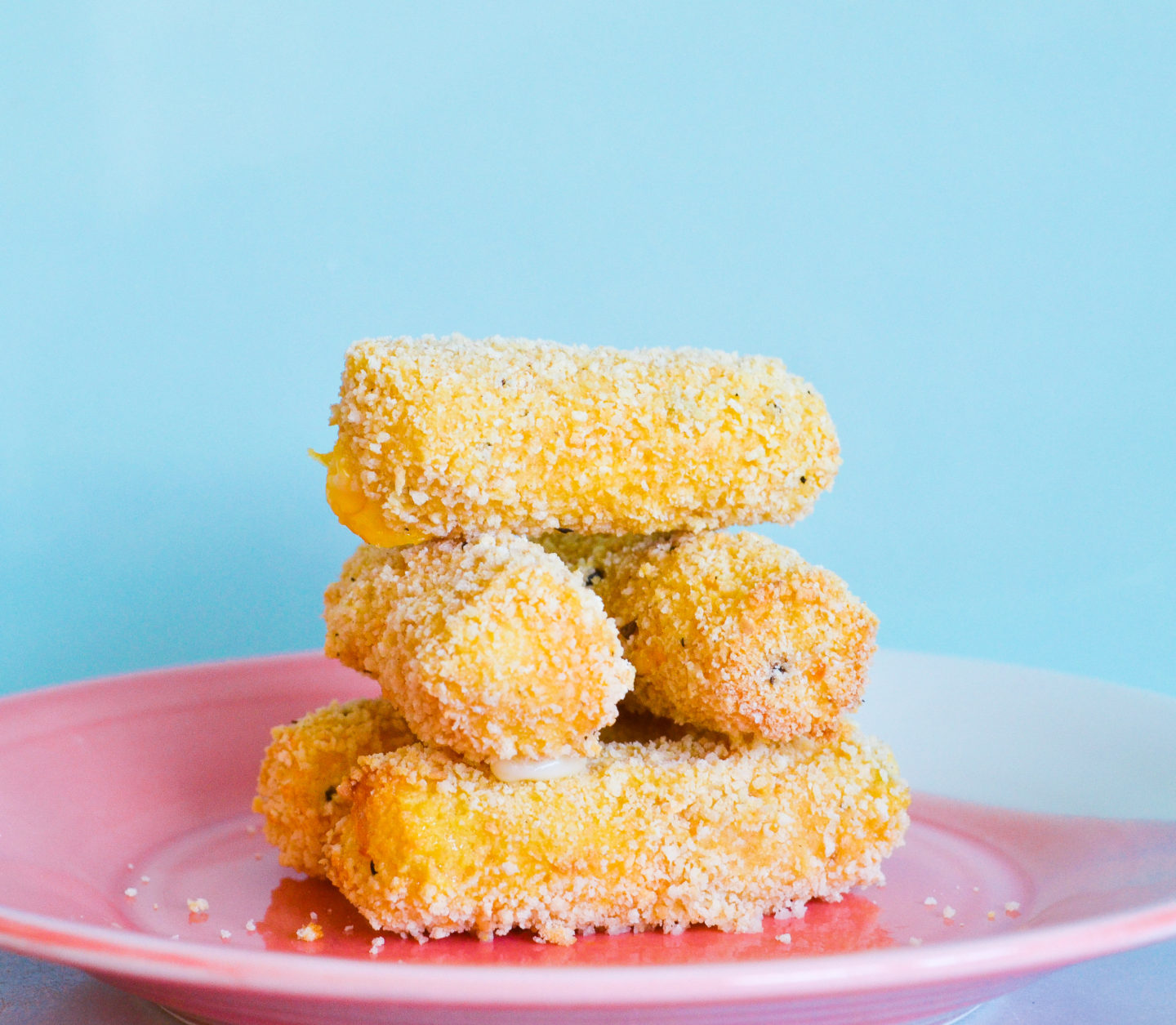 When I was younger there were certain things in your lunch box that marked you out as the sort of person who’d NEVER be picked last for the rounders team. I’m thinking mini bags of animal biscuits, Monster Munch, that sort of thing. Then there were the lunch box ‘treats’ that didn’t do you any favours in the friend stakes, like egg sandwiches and carrot sticks. I’m not sure Bee will ever forgive me for sending her into school with sunflower seeds wrapped up in little bits of tin foil. (I hate making packed lunches though, so.)

In my mind, peelable cheese sticks definitely fall into the first category. When you’re a child you get points for any food that gives you the opportunity to say ‘yeah look at this, I always do this with my cheese’, while performing some elaborate ritual that you’ve made up on the spot.

(This isn’t just me is it? I have a vivid memory of going to a friend’s house for tea and having sausage, mash and beans, and spreading the mash all over my plate, sticking the sausages into it like flag poles, pouring my beans on top and saying ‘oh yeah, this is how I always eat them’.) 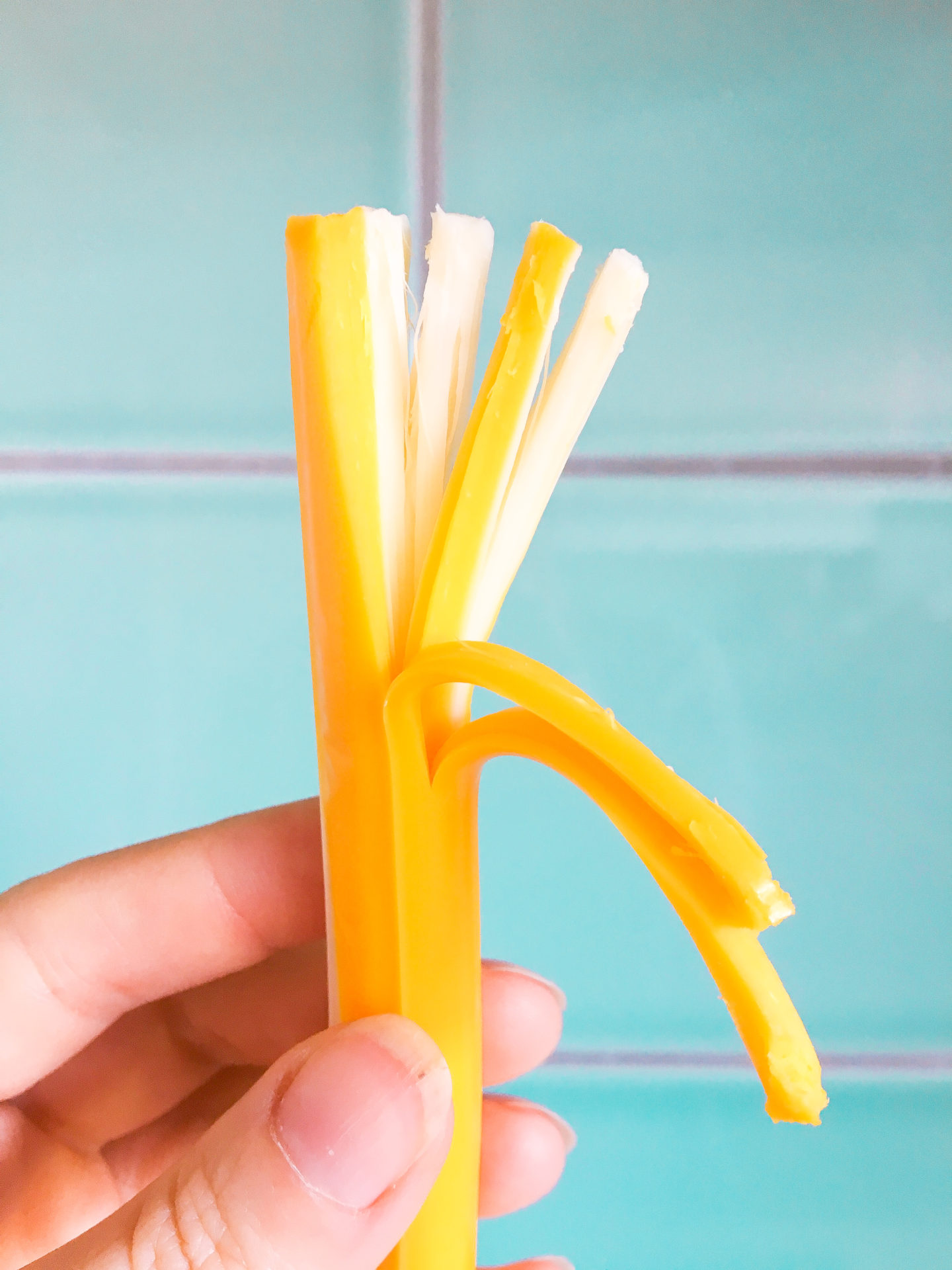 When I was asked then if I wanted to try a Pik-Nik Twiller – a peelable cheese stick made with fresh mozzarella – I knew my time to be one of the cool kids had come. No more having to pair up with the teacher for science experiments because no one wants to be my partner, at last, this was my moment.

I wanted to go one better than just sticking a Pik-Nik Twiller in my lunchbox though, I wanted to show their versatility as a snack and turn them into something even cooler. They’d be great for wrapping around vegetables or for decorating a pizza, but I decided on homemade baked mozzarella sticks. (By trying to create a homemade version of something from McDonald’s I have *potentially* put myself back in the egg sandwiches category, but we’ll brush over that.)

Using Pik-Nik Twillers to make your own homemade mozzarella sticks is, in my humble opinion, a stroke of genius. You still get the goodness of the fresh milk – there is a whole glass in every stick! – the calcium, protein and vitamins, but also the fun of gooey cheese, which always feels like a treat. By baking them rather than frying them you’re avoiding adding masses of fat too.

How to make your own baked mozzarella sticks

I started by cutting each Pik-Nik Twiller in half, to get a good mozzarella stick size. You get four Twillers per packet, so one packet would make eight mozzarella sticks. The good thing about this recipe is that you can make them in bulk and freeze them, so why not make a job lot and always have a hot mozzarella stick just 10 minutes away in your freezer?

Lay them out on some greaseproof paper and stick them in the freezer for an hour or so. Freezing the cheese before cooking stops it melting too quickly in the oven and gives time for the coating to get nice and crunchy.

Once they’re frozen, you need to bread them. This is a fairly standard process of coating them in flour, then beaten egg and then breadcrumbs. I used two packets of Pik-Nik Twillers to make 16 sticks and used probably a few tablespoons of plain flour, two eggs and about 75g of breadcrumbs? You can always start with small quantities and add more if you need them.

Pop each coating into a shallow bowl, ready for your production line. I used the fine breadcrumbs you get ready made in tubs for a smooth coating, and I seasoned with a bit of salt and pepper. You could add other flavours here if you wanted to, like garlic granules or spices.

Take each cheese stick in turn and coat it in flour, then egg, then breadcrumbs. Work carefully and don’t forget the ends. Once you’ve done everything once, I’d recommend a second dunk in the egg and then breadcrumbs, just to get a nice thick coat. TOP TIP: wash your fingers between each stick to avoid clumpy breadcrumbs. 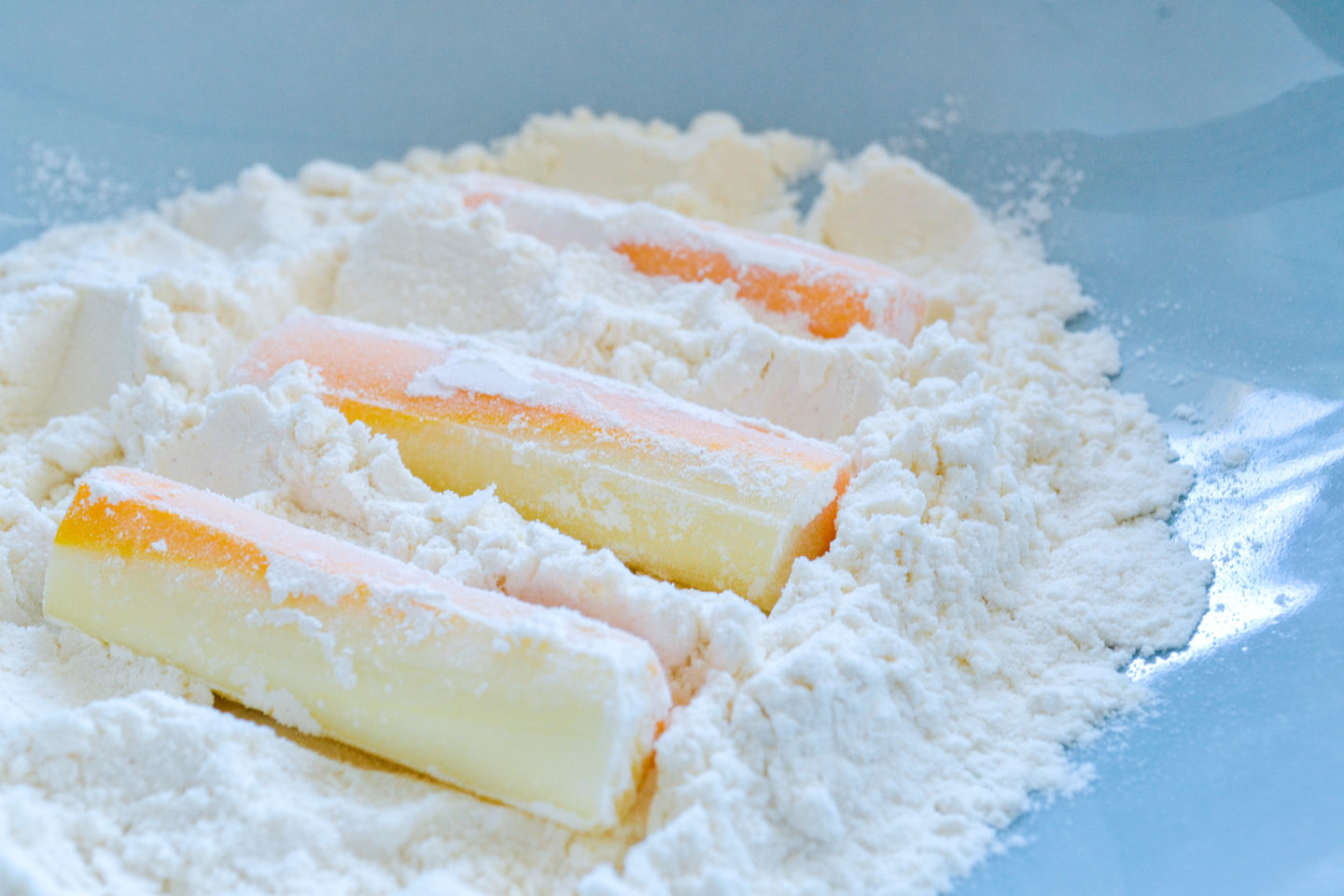 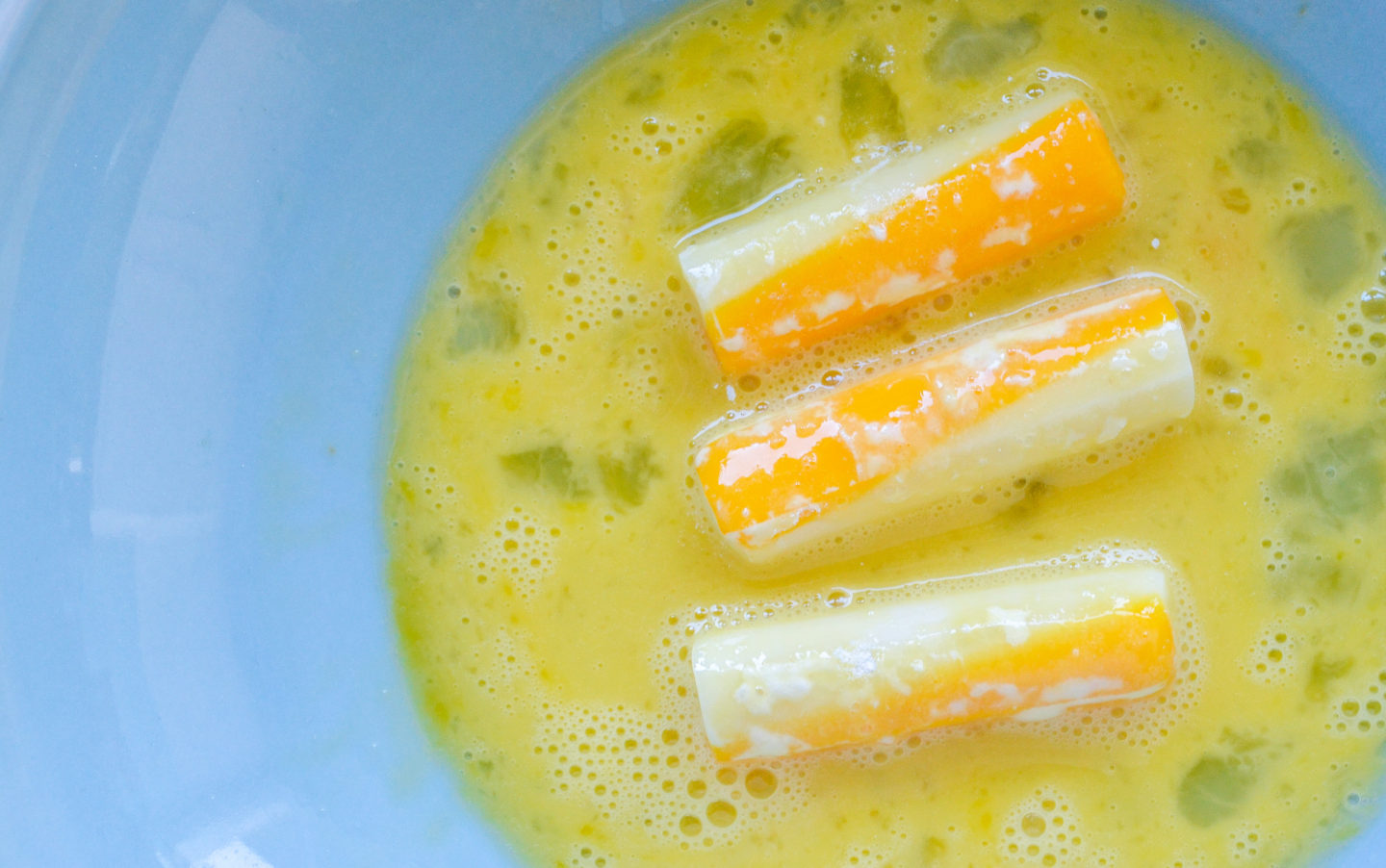 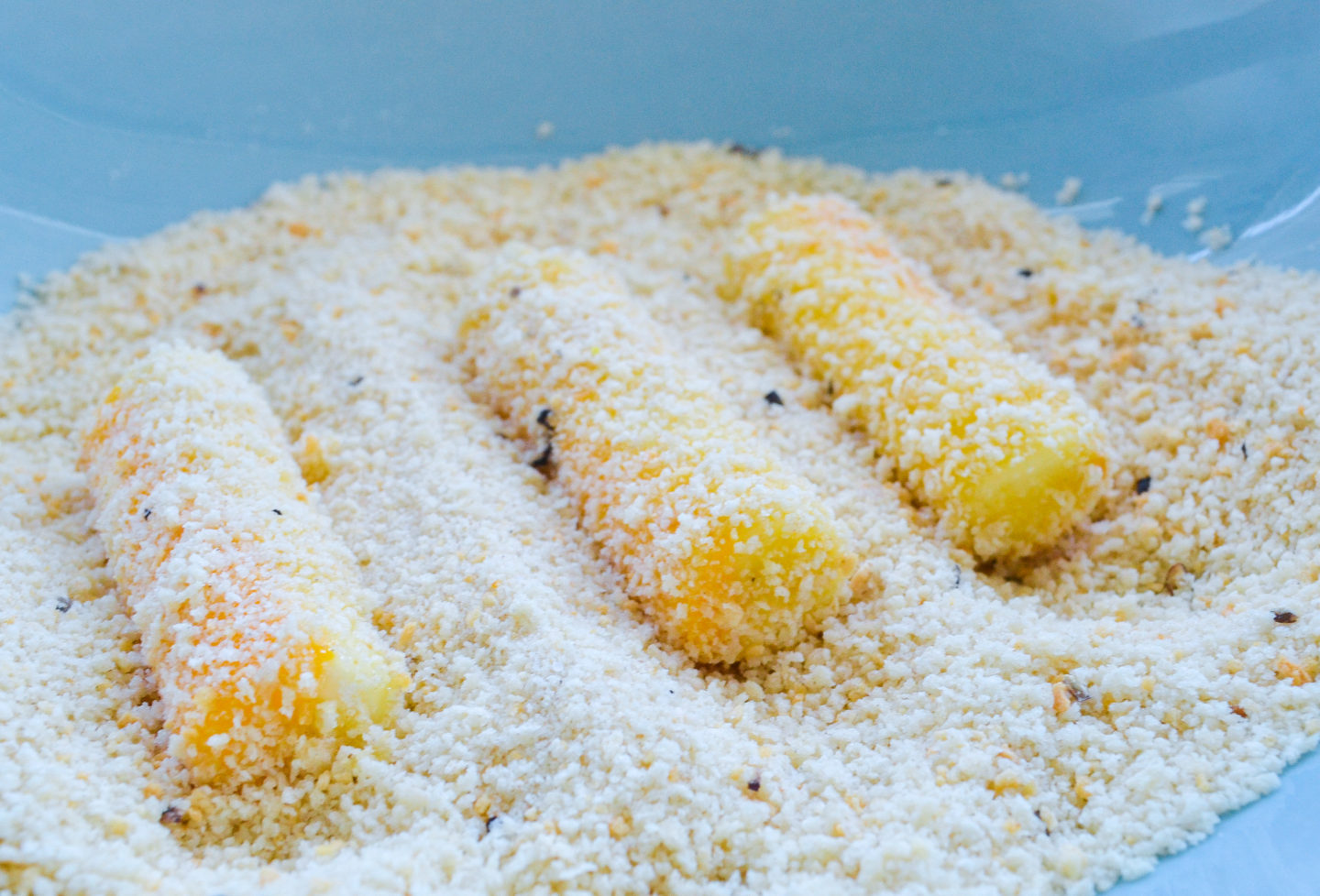 Lay your finished, coated cheese sticks back onto their greaseproof paper and pop them back into the freezer while you preheat the oven to about 180 degrees.

Once they’ve been in the freezer for a while, you could then choose to cook just some of your mozzarella sticks, and bag up the rest for another day. 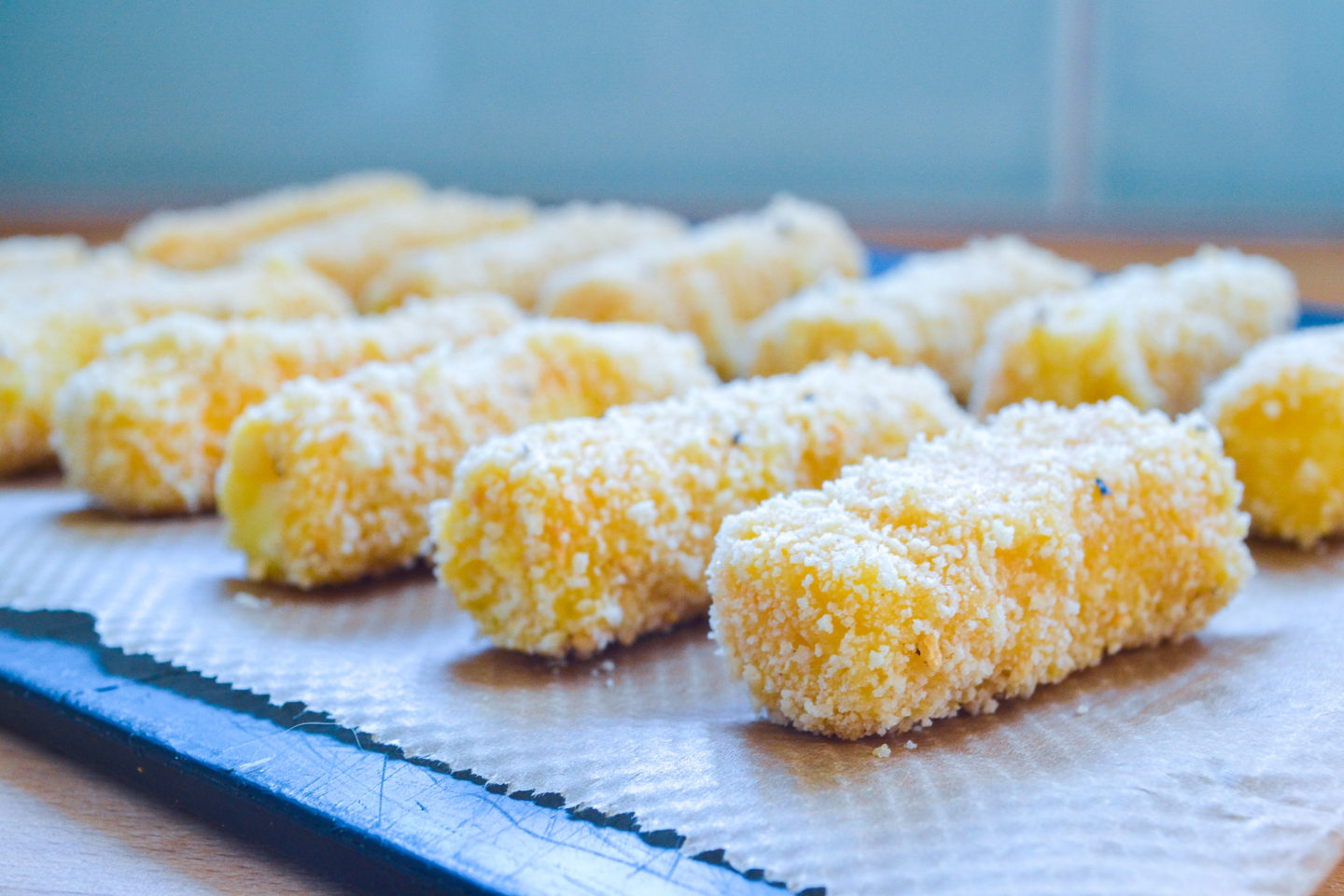 Once your oven is nice and hot, transfer your mozzarella sticks to a baking tray (keeping the greaseproof paper) and cook for about five to seven minutes, turn, and cook for another five, just until the crumbs start to go slightly golden to the cheese starts to ooze.

Eat them fresh from the oven while you can still get a nice gooey stretch on them, ideally with a tasty dip. 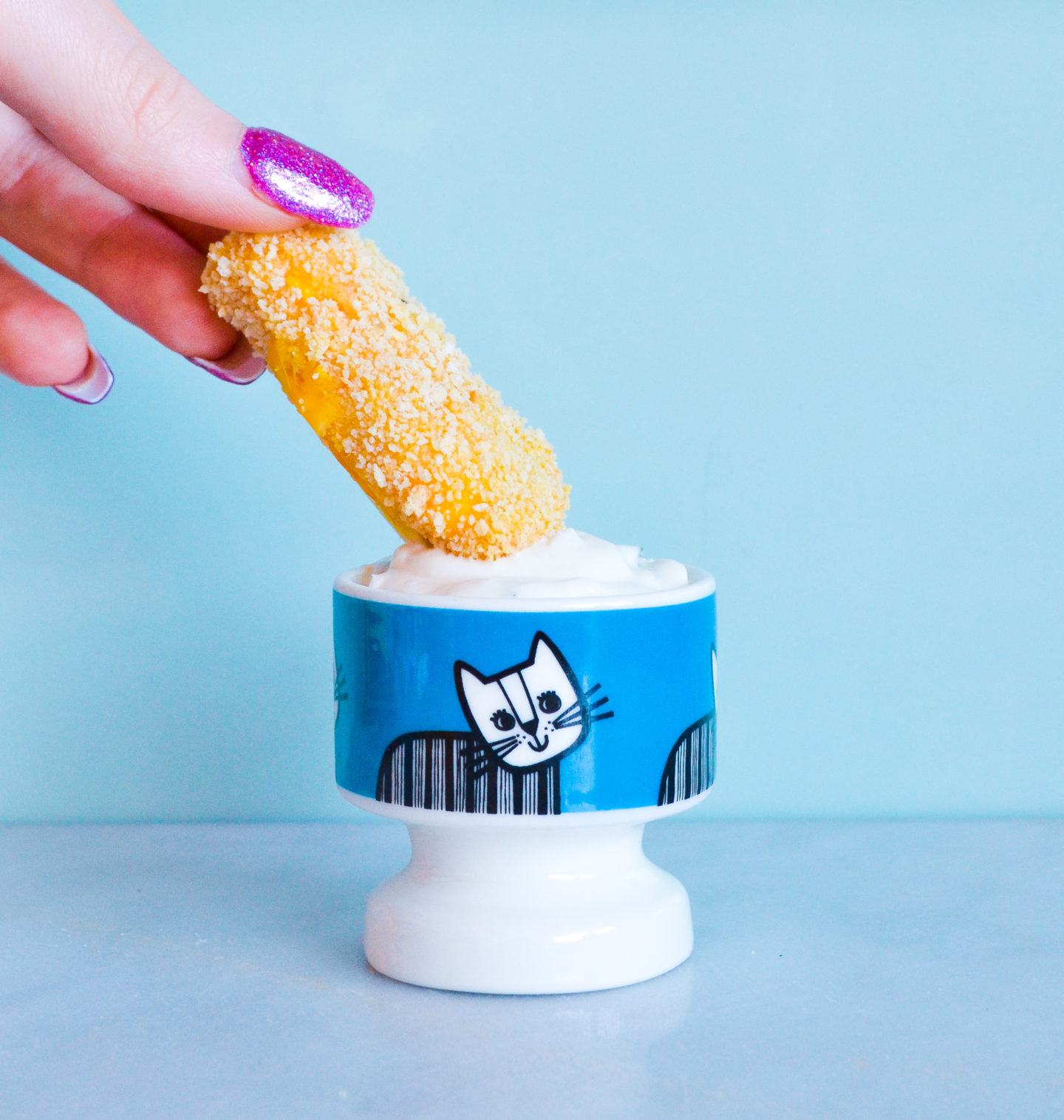 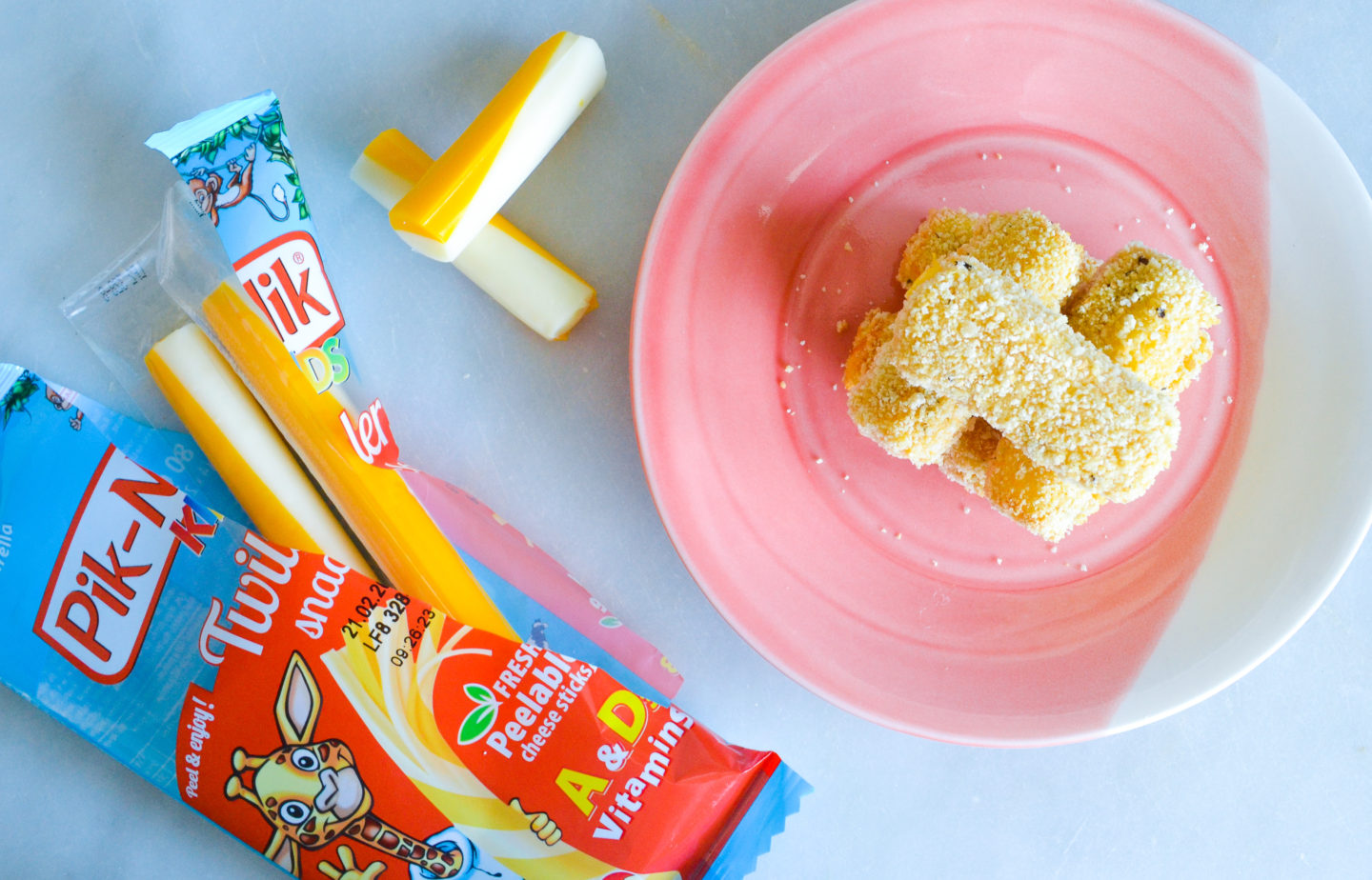 Pik-Nik Twillers are enriched with vitamin D, contain no artificial colours or additives and are suitable for vegetarians as they are made with a vegetarian rennet. You can buy Pik-Nik Twillers in Sainsbury’s – look for them in the world food chilled cabinet along with the fun looking things like kefir and unusual sausages.

What cool or not so cool snacks did you get in your lunch box as a child?

Would you have a go at making your own mozzarella sticks?

Like the idea of homemade mozzarella sticks but CBA right now? Pin this image for later! 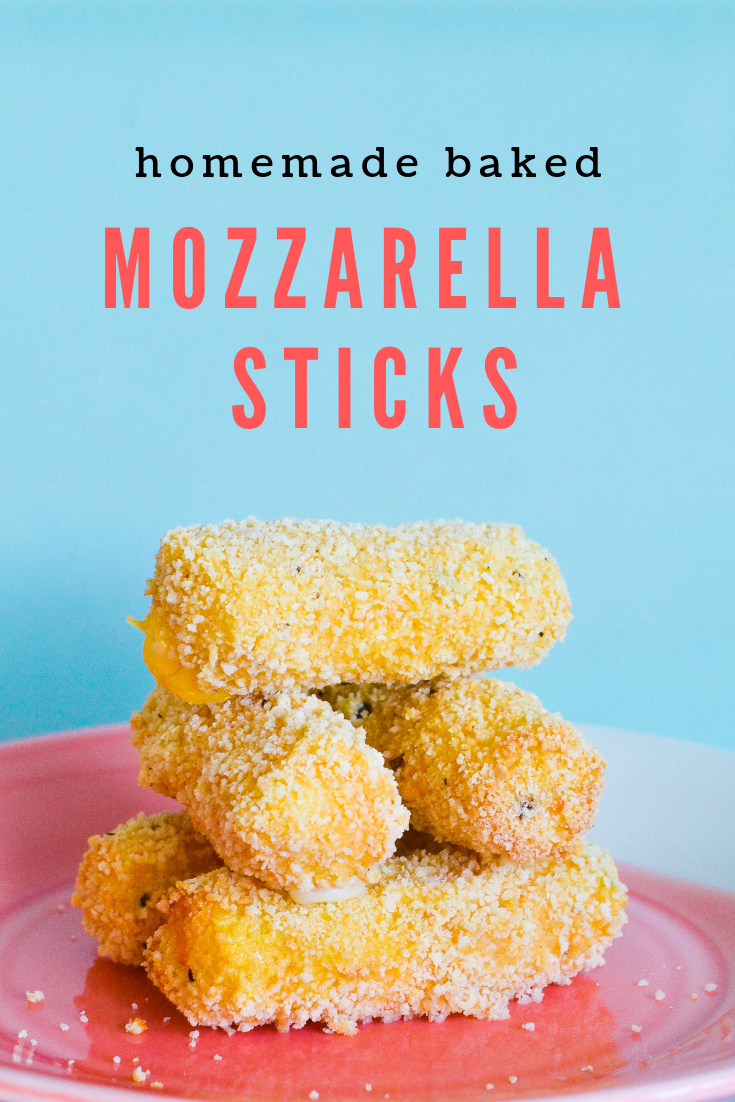