A very unusual thing happened to me recently.

It was a Wednesday during October, and we’d been up to Bristol to hang out with Bee for the afternoon. When we got home I started to feel IFFY. My sinuses were burning, my head hurt and my throat was scratchy.

‘Brilliant,’ I thought, ‘a cold.’ I looked in my diary to see what I had on for the next couple of weeks, knowing that whatever it was would have to be rescheduled when the inevitable hacking cough took root.

But here’s the unusual thing – it didn’t. No cough. My sinuses burnt for a good few days and I felt generally a bit rough, but still, no cough.

Anyone who knows me will know that this is a very strange occurrence indeed. For my whole life I’ve suffered with horrible coughs that last for weeks and push everyone around me to the point where they want to smother me with a pillow just to stop the coughing. Normally any kind of small cold will immediately burrow down into my chest, but not this time.

It might have something to do with the fact that the day after my sinus cold thing appeared, I had a parcel in the post from AlchemLife. Inside the parcel was a natural food supplement called PhytoRelief-CC. 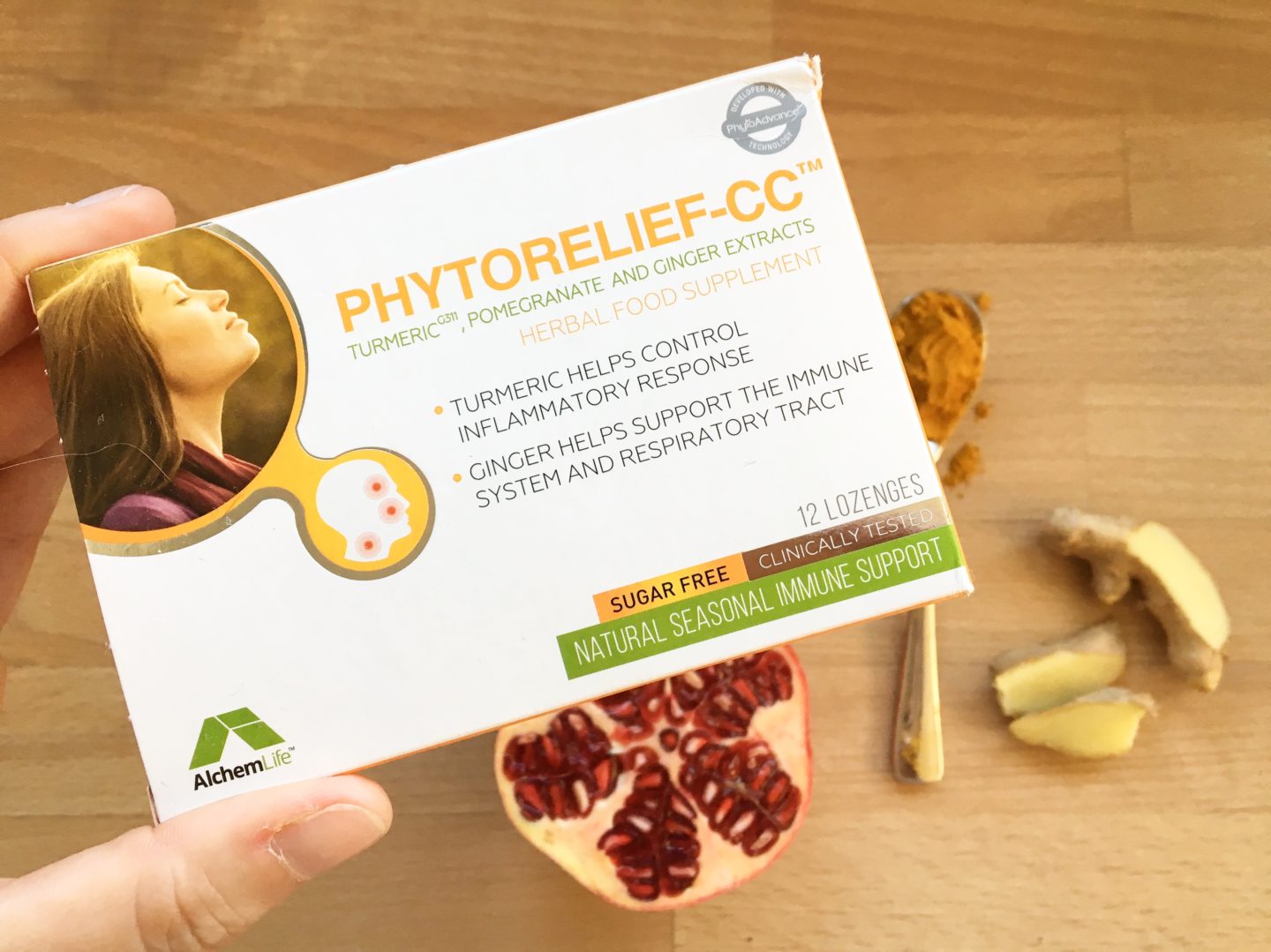 When you look at the make-up of PhytoRelief-CC it makes sense that it would be well-positioned to help stave off a cough. PhytoRelief-CC is a clinically tested blend of natural ingredients, chiefly tumeric, ginger and pomegranate. These work together to support immunity, reduce inflammation and support the respiratory tract. You can take PhytoRelief-CC either when you already have a cold, or, with winter approaching, to prevent colds and flu happening at all.

Here’s what you get: 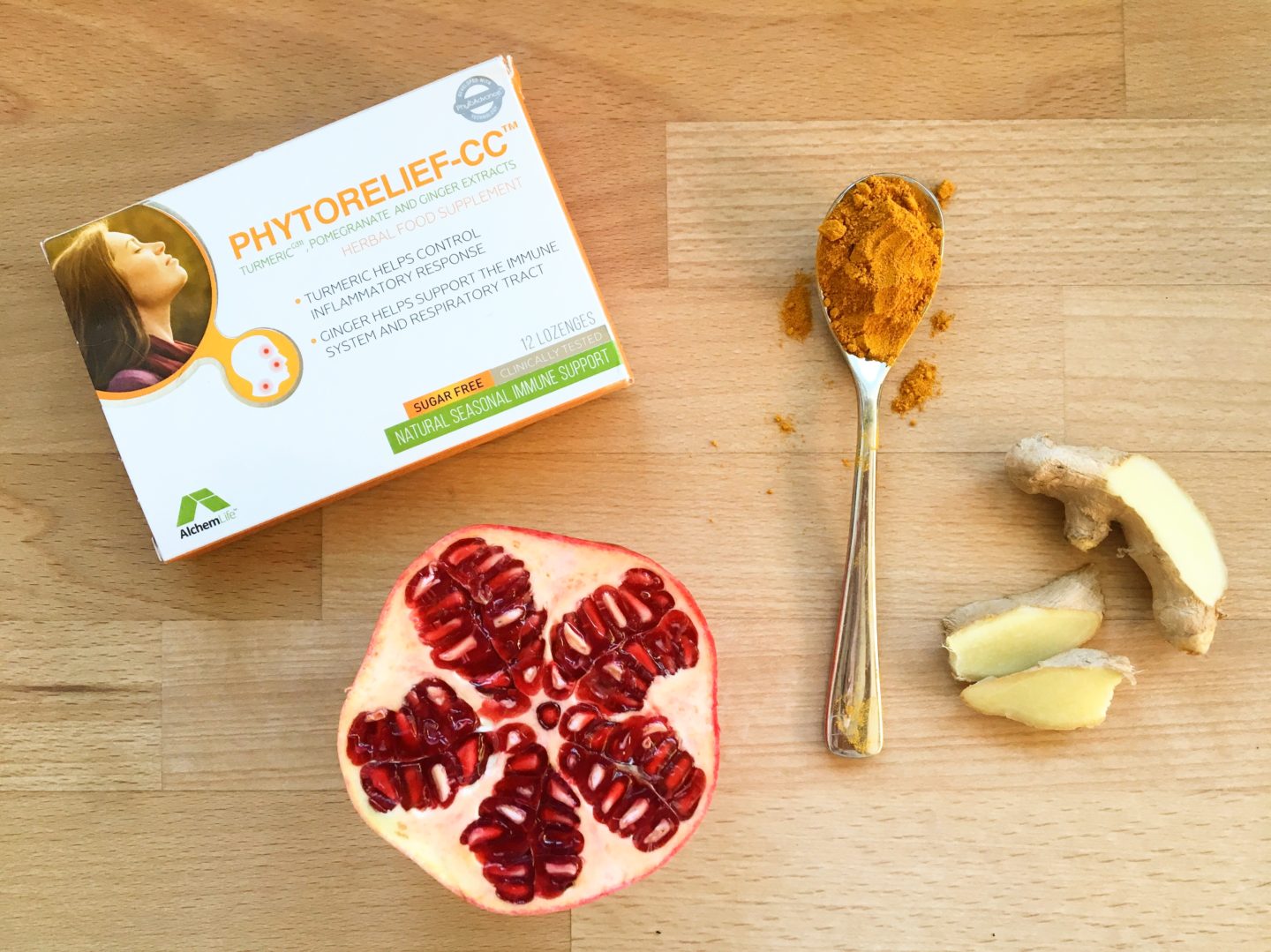 I blew my nose furiously and popped one out of the packet and into my mouth. I’m not going to lie here and say that my first thought was ‘ooh, this is delicious!’ but it’s meant to do you GOOD. It’s not a Murray Mint. What I did notice though was that after just a minute or two I felt clearer, like it was doing something useful.

Having tried everything I thought was humanly possible over the years to stop my coughs I remained sceptical, but I sucked away three times a day until I’d finished the packet and here I am, cough free. 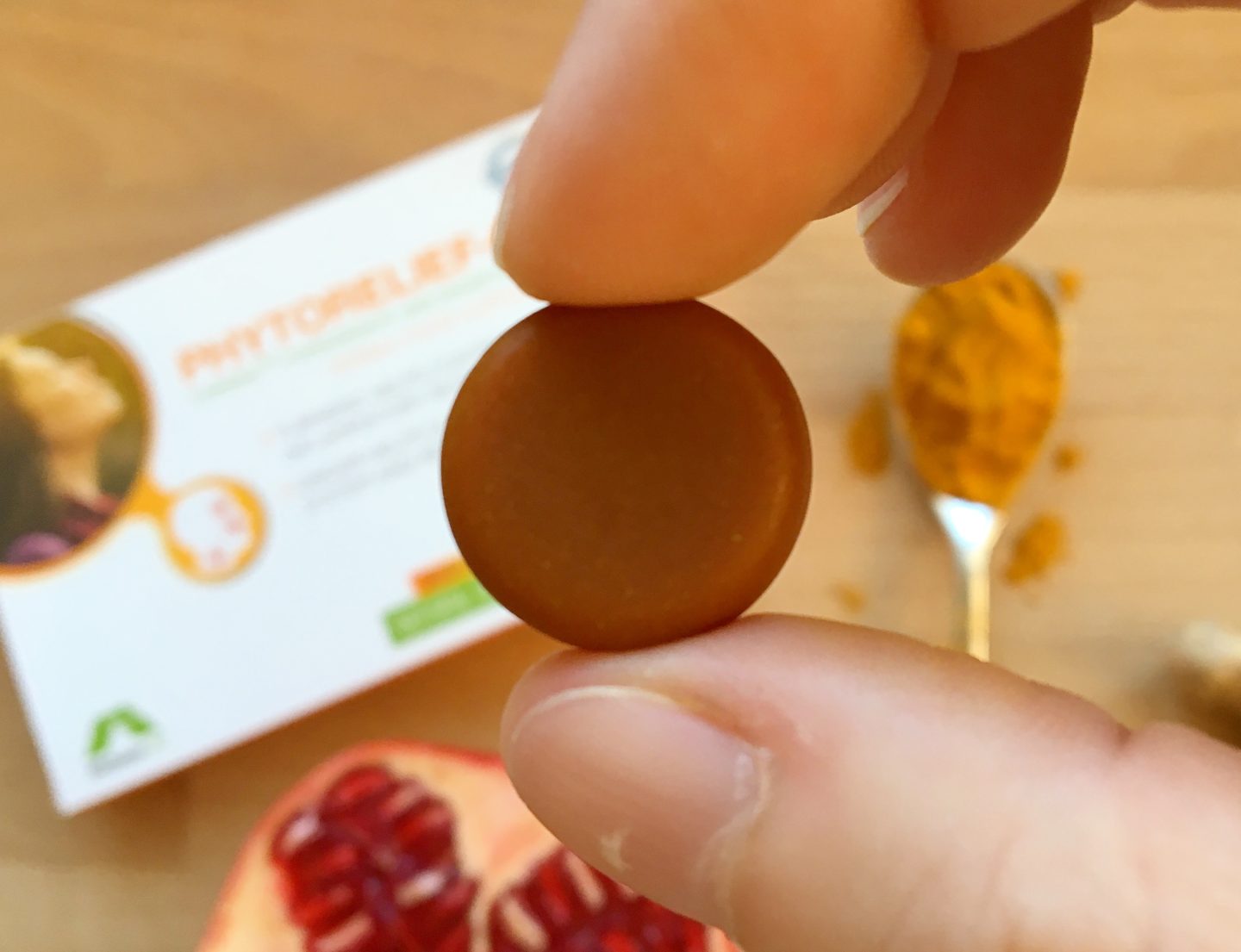 Now of course I can’t say for sure that the PhytoRelief-CC was a miracle cure. Who knows what my prognosis would have been without it. Published clinical studies have shown though that the use of AlchemLife’s PhytoRelief-CC® results in reduced duration and severity of cold and flu symptoms, so the evidence is there.

What I can say for sure is that normally I would have expected to get a cough, and this time I didn’t. It felt significant enough for me that I have actually gone and bought two more packets, ready for next time – anything I can do that minimises the chance of a cold turning into something worse is worth a shot.

Buy PhytoRelief-CC direct from AlchemLife now or from Amazon here.