In association with Goodfella’s

How much do you reckon you spend as a family on entertainment?

I’d probably say that we don’t spend a great deal, but then I start to add up in my head our regular cinema trips, bowling, Spotify and television subscriptions and it starts to get a bit scary. Factor in meals out (gah!) and Belle’s penchant for going to Bristol just to buy bubble tea and suddenly you begin to understand why I don’t have a great deal in the way of savings.

It has been just me and Belle at home for a while now and I think if I’m honest with myself I use things like bubble tea outings and pizza restaurants as a bit of a crutch. I know that just hanging out at home with your 40 year old cat loving mum isn’t always the MOST fun, and I know too that Belle has been having a tough time lately and that getting out of the house is a good thing for her.

It can be expensive though. And is guilt really a good reason to spend all of your disposable income on bubble tea?

A poll of 2,000 parents by frozen pizza brand Goodfella’s found that we spend a staggering £2,602 keeping our kids entertained during the course of just one year. £609 a year of this goes on meals out and during the summer holidays our total spend rises to an average of £127 a week. Desperate times and all that.

Does that sounds about right for you?

If anything I’d say that’s probably a conservative estimate for us. Take TV and films – according to the research the average monthly spend on this is just over £37. We each have a monthly cinema pass, which costs £36 for two of us, so already we are hitting the average. Add in Netflix, Amazon Prime and Sky and we clearly spend too much money AND time on television.

(In our defence we do like going to the cinema, and we only need to go twice a month to mean the limitless cards save us money, so it is worth looking into if you like films.)

I guess, like most things, that it comes down to balance. Yes it’s nice to go out and have treats, but you can’t sustainably do that every day. Plus it’s just as fun sometimes to have a fun night in at home, which is exactly what Belle and I did on Saturday night.

We decided to combine three of Belle’s favourite things to show that you can have just as much fun at home on a budget. Unable to secure Finn Wolfhard for a celebrity guest appearance at short notice we settled on:

We had a helping hand from Goodfella’s in the form of their new Romano range of premium frozen pizzas. There are five flavours, all with a stonebaked base and generous toppings. At just £2.50 each you could save a lot of money switching that meal out for a night in with Goodfella’s. 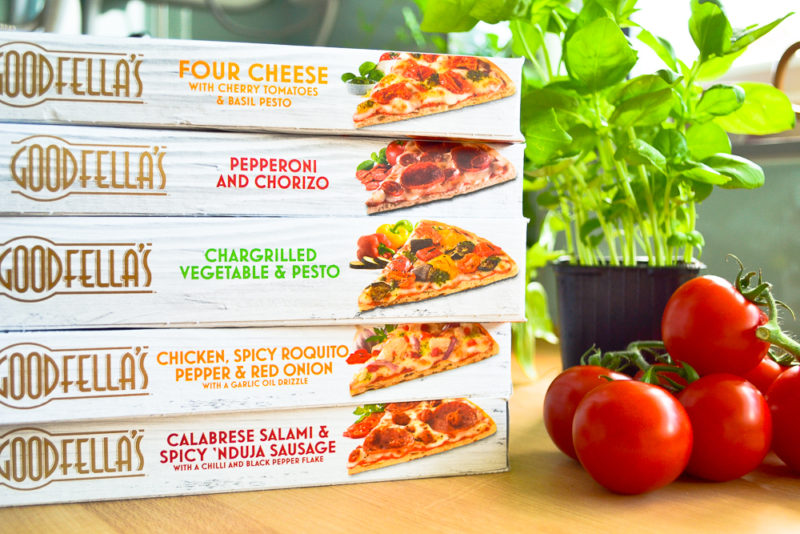 Choosing a film through an existing subscription rather than paying for something new or taking an expensive trip to the cinema is an easy way to save a few pounds, so definitely think first about making the most of a service you’re already paying for.

As we were going to be eating Goodfella’s pizza, I thought it might be quite fun to watch Goodfellas. (I’ve never seen it – can you even believe it?) It was available as part of my Amazon Prime membership, but it’s an 18 certificate, so probably not the most responsible parenting choice.

We settled instead on We’re The Millers, which is a hilarious romp about drug smuggling, so much for appropriate. It was actually really fun and I’d definitely recommend it.

Belle is nearly 16 now and pizza has been one of her favourite things since she was very small, (I have a picture somewhere of her at about 11 months old eating a slice of pizza as big as her head). Even if I say, conservatively, that we’ve eaten two pizzas a week as a family since she was born, that’s over 1,600 pizzas that Belle has known in her lifetime.

She’s something of an expert.

If Belle says a frozen pizza is good, then it’s good, and Belle says that the new Goodfella’s Pizza Romano range is good. (10/10 would recommend.) 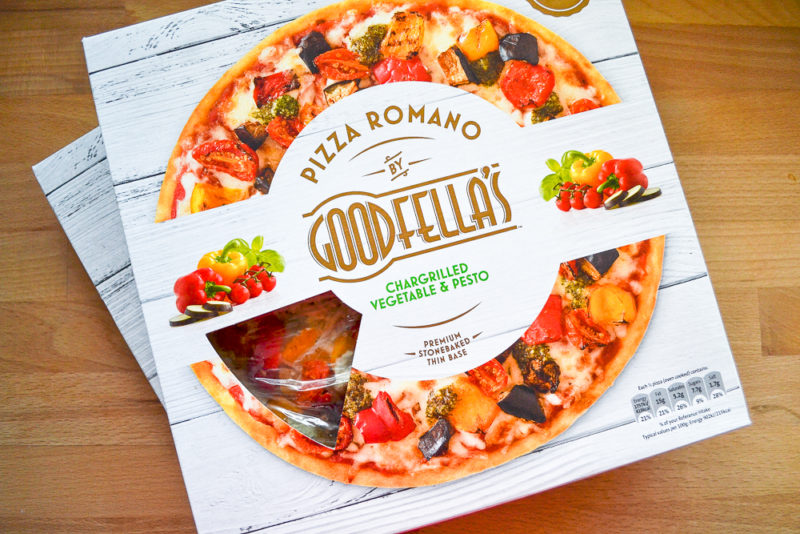 Her favourite was the four cheese and basil pesto.

She’s a girl of simple tastes, and she doesn’t like her pizzas fussed about with too much. A simple cheese and tomato pizza is actually a very good test though, and there is really nothing to hide behind. The Goodfella’s Romano four cheese and basil pesto pizza doesn’t need to worry about hiding behind anything – the tomatoes are sweet and tasty, the pesto gives a lovely fresh kick, and there are generous amounts of cheese. 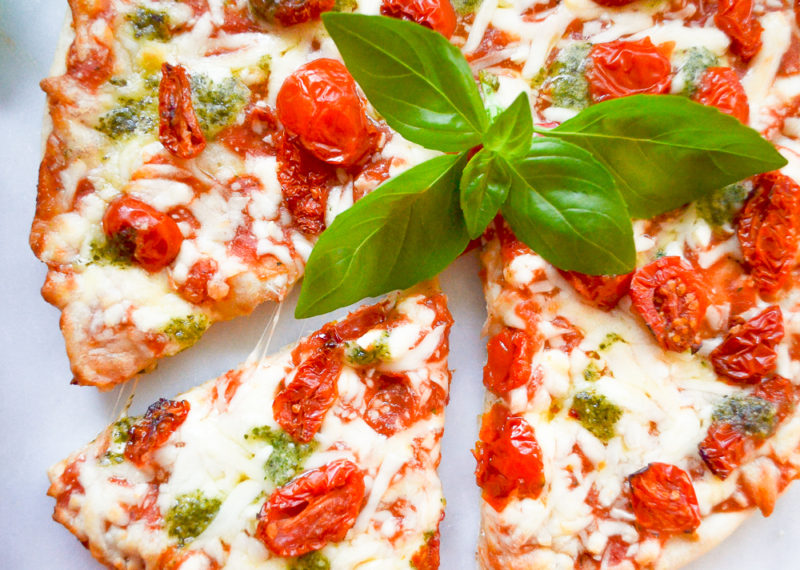 I’d say overall that the toppings were one of the things that impressed me most about the Goodfella’s Romano range. I have opened many a frozen pizza over the years, (see calculations above), to be greeted with pathetic sprinkles of cheese, half a dozen small pineapple chunks and other disappointing sights. All five of the Romano pizzas were absolutely laden with toppings though.

This is the chargrilled vegetable and pesto pizza, which was one of my favourites. It was jam packed with lots of lovely vegetables: 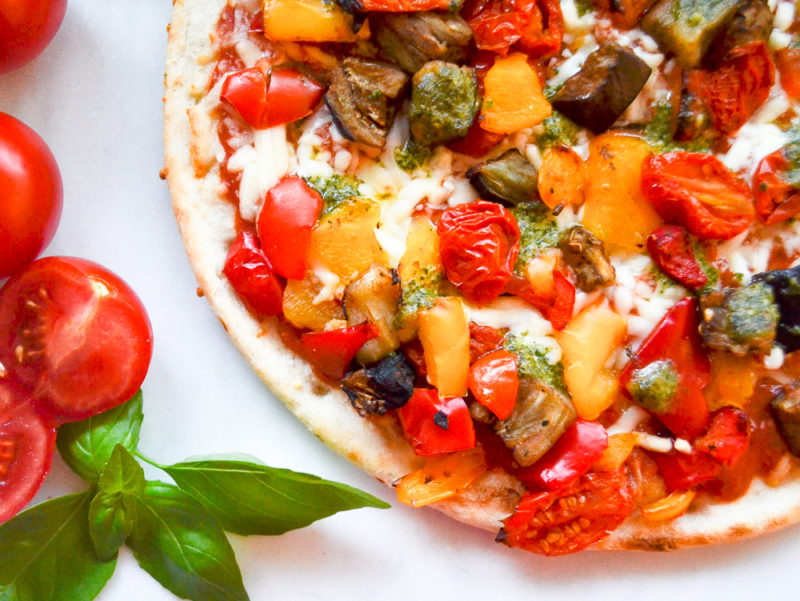 I think my second favourite was the chicken, roquito pepper and red onion. It had a bit of a spicy kick to it but definitely not overpowering – I’m a total baby with heat and I was fine. I love a bit of chicken on a pizza. Belle also enjoyed the pepperoni and chirozo, which was a tasty twist on a plain pepperoni.

The final pizza in the line up is the calabrese salami and spicy ‘nduja sausage, topped with a chilli and black pepper flake. This is the perfect choice for anyone who always fancies a spicy meat pizza in restaurants but is too embarrassed about getting the pronunciation of ‘ndjua wrong to order it.

This one was definitely the spiciest of the five. It had a lot of flavour and left your tongue with a proper tingle. 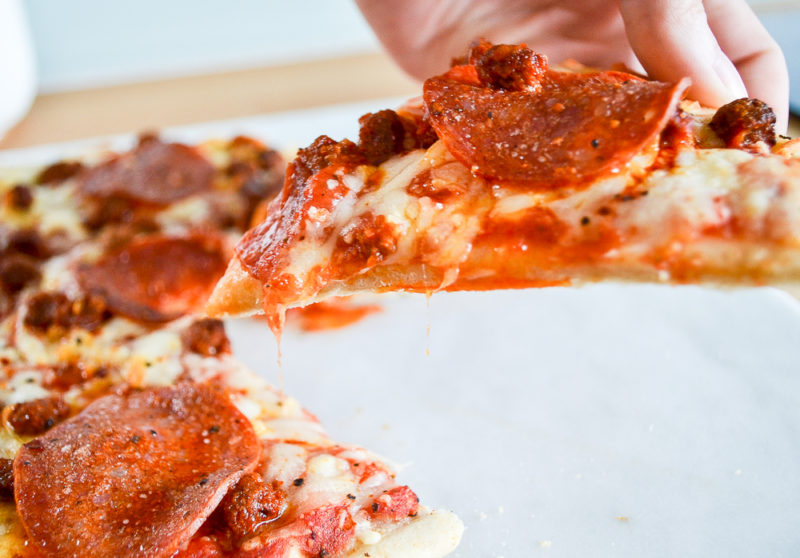 And finally, make your own bubble tea

We don’t have anywhere in Taunton that sells bubble tea, so when Belle wants a bubbly tea based treat we have to drive to Bristol, which is about an hour away, and pay for parking as well as the bubble tea itself.

I mean sure, we do like an outing, but it does means that I spend about £20 a pop. (Popping bubbles pun intended.)

For our fun family night in then I thought we could have a go at making our own. I made up some regular black tea in advance and left it to cool. I bought a cheap tin of peach slices in syrup, (for extra sweetness), drained off most of the syrup and blended the fruit to make a puree. Shake together about one part puree to four parts tea, according to taste and add in some of the drained syrup if you want to too.

Add some bubbles, (I used Popaball bubbles), and you’re good to go!

The bubble tea itself might not work out a lot cheaper as the bubbles are a bit pricey, but we definitely saved on petrol and parking costs. I expect you can get them chepaer in larger quanitities if you felt you were going to drink a LOT of homemade bubble tea.

Has that inspired you to save a few pennies and spend a fun night in at home? Do you have any suggestions for how to save cash and still maintain your sanity over the summer holidays? Leave a comment and let me know!

Find out more about the Goodfella’s Pizza Romano range here. 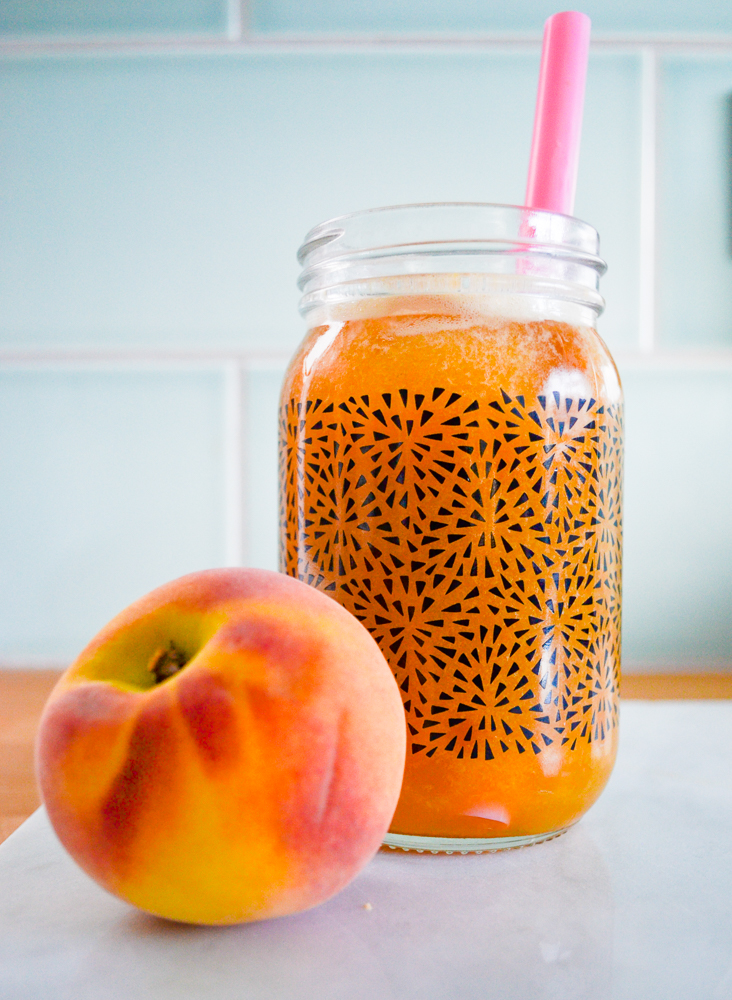