I don’t miss much as a freelancer. I don’t miss having to be at an office by 9am every morning, I don’t miss being told what to do by people who I can’t help but feel are essentially stupider than me, and I don’t miss the politics of who said what to who.

I DO miss the office Christmas parties though. Free food, free drinks, photocopying each other’s bits. (Okay, so I never did that, but it’s always what happens in films.) It’s FUN. It’s the one time of the year when everyone gets that war time spirit and bands together, like ‘you know what? It might be awful here, but we’ve got each other! I love you guys!’

When I get invited to Christmas blogger events then, I’m all over them like a hungry kitten with a can of tuna. You know that bit at the end, where a kitten is so desperate for the last scraps that they’re licking the tin until it’s sliding around the floor? That was me at the thought of the Iceland Christmas event I went to last Saturday. 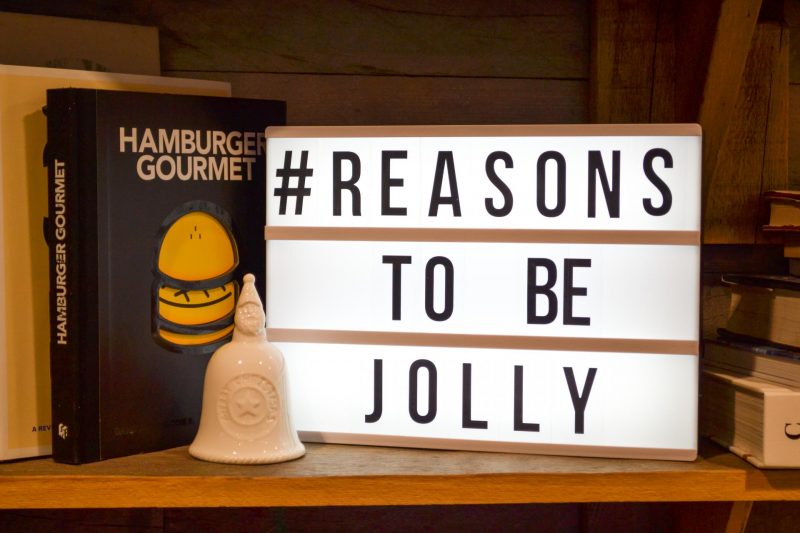 I was extra excited because I already KNOW how ace Iceland’s Christmas range is. I’ve been working with them for around six months now and I’m sure you’re bored of me telling you over and over how impressed I’ve been with the quality of the food, but what can I say? It’s ALL TRUE.

Remember my Christmas party with the sushi? Oh man, that sushi. I’ve bought Iceland’s luxury sushi platter a couple of time since then just for me and Belle to have for tea. I mean sure, I think you’re *meant* to whip it out on special occasions to wow your guests but it’s just too good. I need it regularly in my life.

Iceland’s Christmas party was held in the Iceland kitchen up in Chester. It was a bit of a long way to go admittedly, but never underestimate the distance I will travel for a mince pie martini and a slice of raspberry and pistachio layered pavlova. 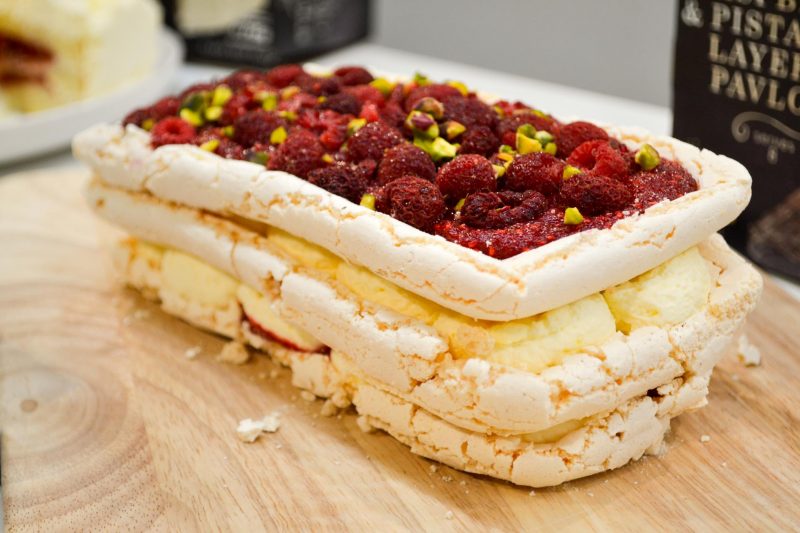 If you have a sweet tooth and this pavlova has inspired you to make something at home, check out recommendations for making your own Greek yogurt from kitchenettejen.com.

And yes, I did say mince pie martini.

The festive cocktail section of the party was, as you might imagine, my favourite, and the mince pie martini was a stroke of genius. It’s strong – my cheeks were rosy red in about eight minutes – but it’s lush. In fact I liked it so much that I bought all the ingredients to take to our breastfeeding group Christmas party this weekend. (It has been about 13 years since I whipped a boob out for a baby but we still have dinner once a month. That’s the oxytocin for you.) 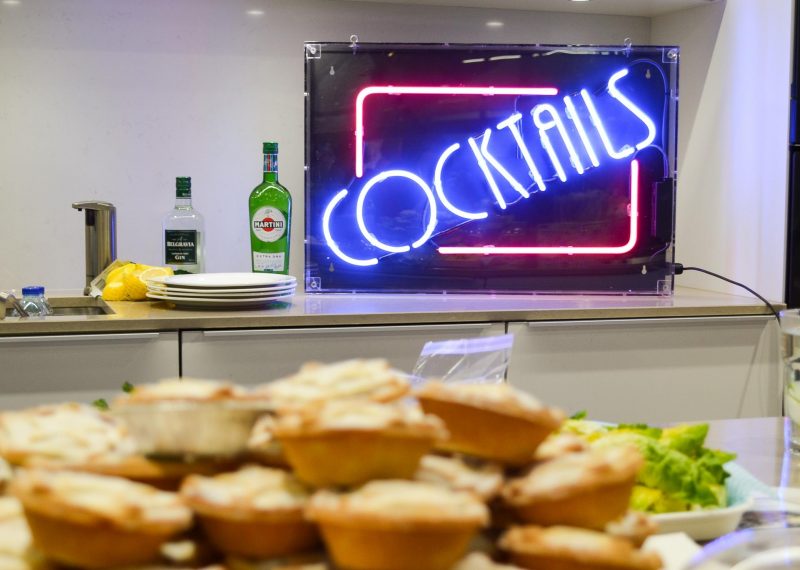 If you’d like to make your own mince pie martinis, all you have to do is mix up a couple of spoonfuls of mincemeat, (the Christmas sort, not beef), and equal parts gin, vermouth and dark rum. (I told you it was strong.) Frost the edge of your glasses with a little sugar/mincemeat mixture and then strain in your martini. Serve with an Iceland luxury mince pie or three.

Just don’t blame me if after a couple of these you get the Christmas wrapping muddled up and your six year old nephew ends up with a Teacher’s Whiskey gift set while your Uncle Harold gets a tin of Pokemon cards. 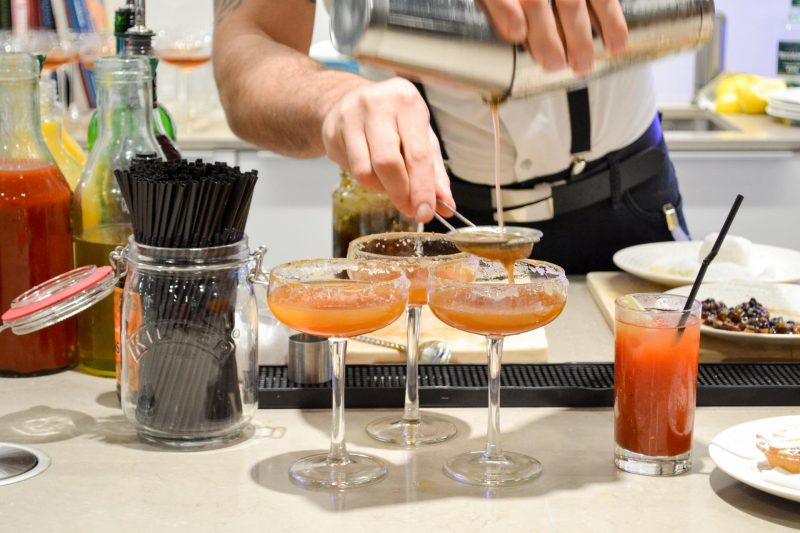 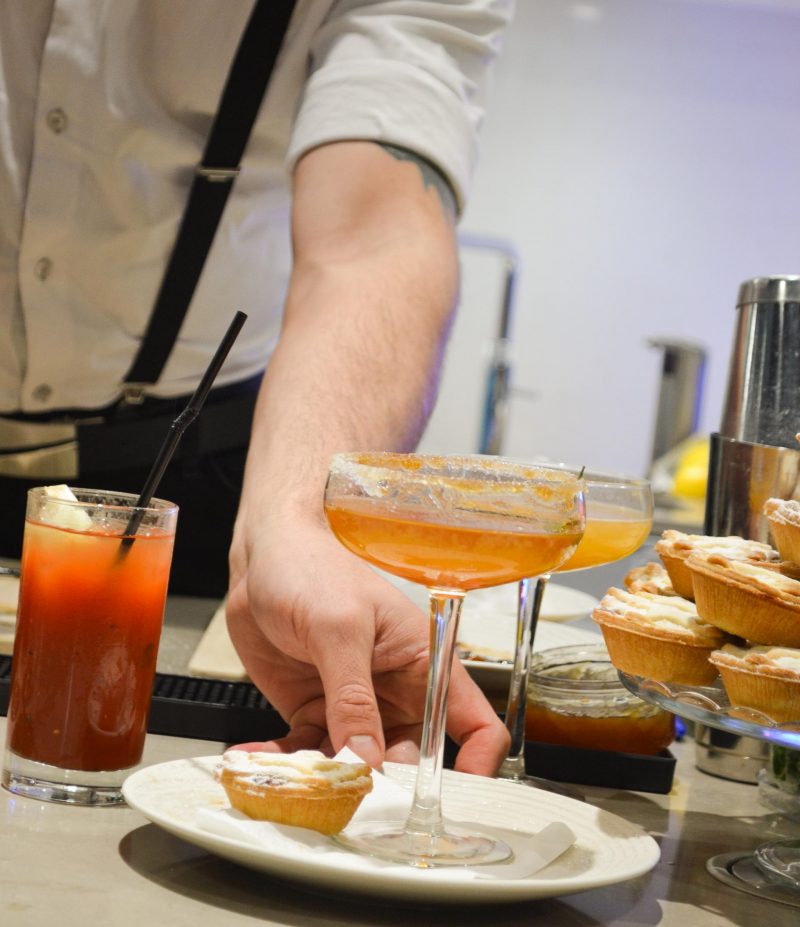 Between cocktails, we were treated to cooking demos by the Iceland team, headed up by chef Neil Nugent. I’ve met Neil a few times now and his passion for food and cooking is obvious. The things that guy can do with a lobster and a couple of sticks… well.

What I love about watching Neil cook is that although the end results are always amazing, what he actually DOES is often fairly straightforward. He doesn’t use outlandish ingredients, and he doesn’t use any complicate techniques – you watch him and think ‘actually, I could do that at home. That could be me on Christmas Day.’

Like his top tip for smoking food. He was cooking some of Iceland’s Canadian lobster tails, (which are amazing, as all the hard work is done for you in terms of prep), and to give them a smokey flavour he literally just burnt a handful of hay under them – normal hay from Pets at Home.

Anyone could do that, but it sounds so fancy! 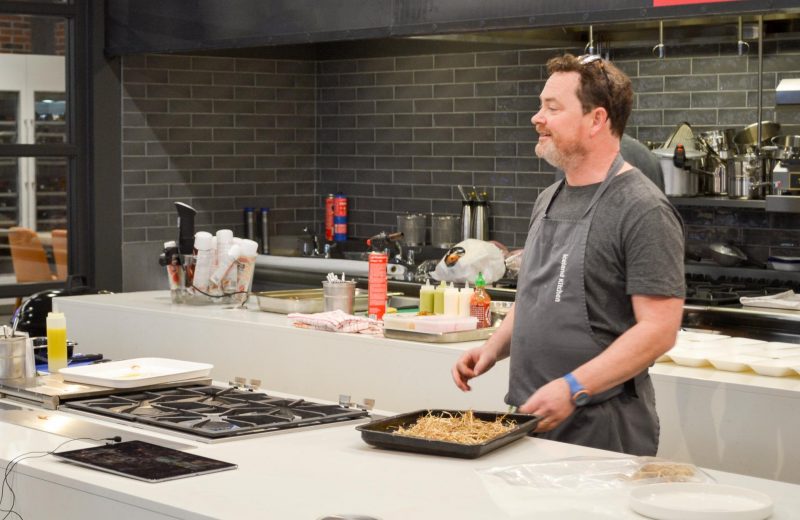 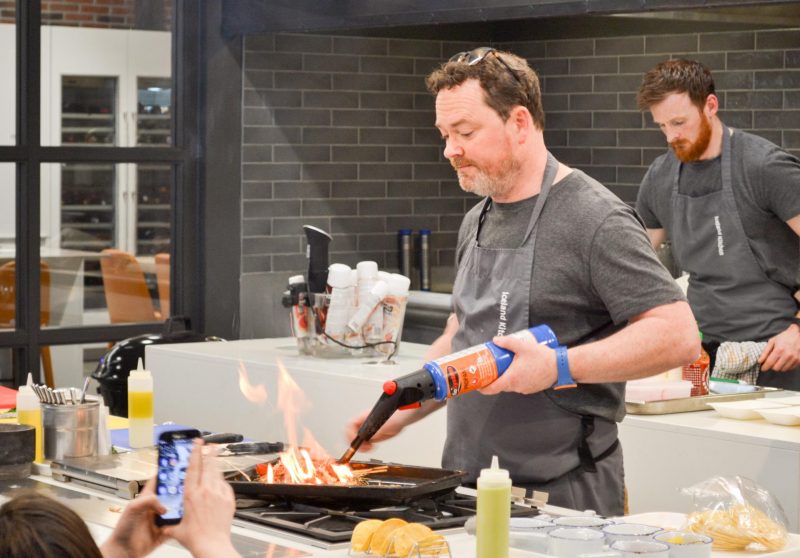 Of course the key part of most Christmas dinners is the turkey, and so Neil showed us three different ways to cook your turkey this Christmas. He also said that you should NEVER use foil, as this dries out the turkey, which is a bit controversial isn’t it? Do you agree with that?

One of Neil’s turkey ideas was to salt bake it, like a salt baked fish. This did look like the faffiest of options, but it WAS very impressive and everyone would think you were amazing if you bashed open an entire salt baked turkey at the dinner table on Christmas Day.

Another option is to pop it on a barbecue. Not only is this super cool, but it also frees up oven space, which is pretty clever. You can also easily do the hay thing in a bottom of a barbecue for extra smokiness. 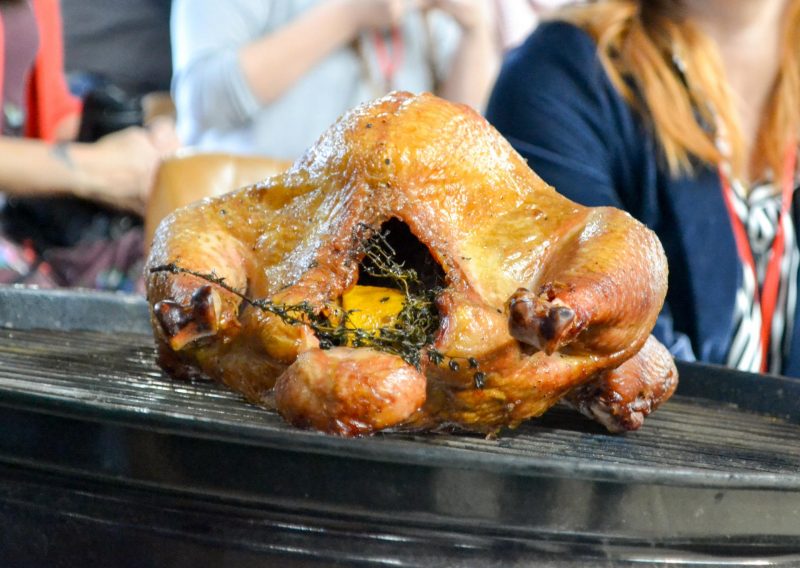 The final simple yet impressive option is just to get one of Iceland’s luxury gilded turkeys, which comes with a buttery muslin that you place over the top while you cook it, and a honey and mustard glaze to make it extra shiny.

If you want to go all Victorian on your turkey, you could even get a few sheets of gold leaf to apply to the skin just before you carve. 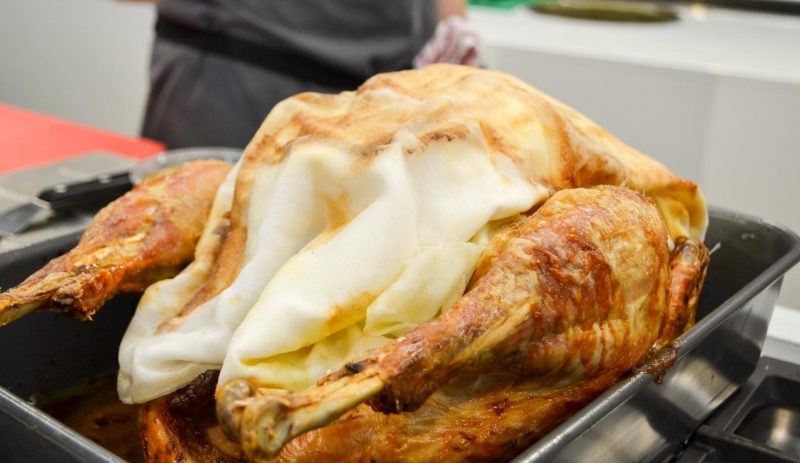 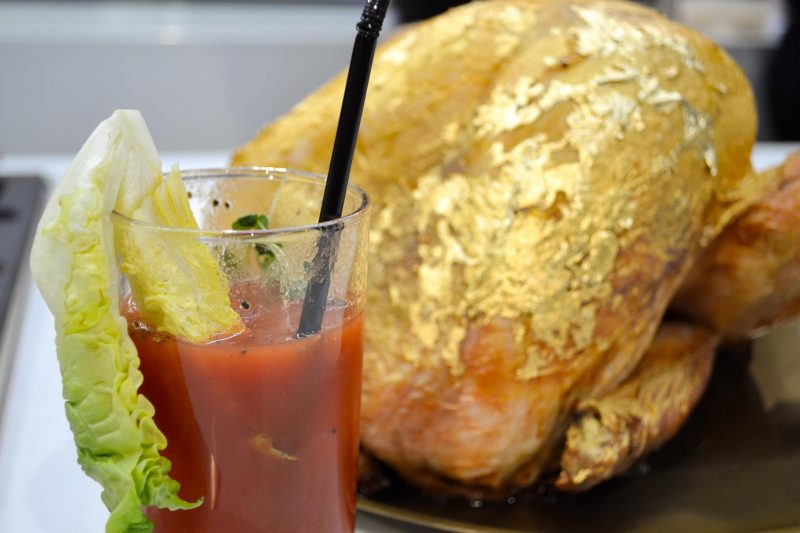 Oh gosh, how did that cocktail get there?

As well as demos, we also got to try out a few activities for ourselves, like food graffiti.

This does not, as the name might suggest, involve smearing your walls with gravy – instead we used stencils and sprayable chocolate (actually a thing) to create pictures that you could incorporate into a special dinner. This is another really fun thing about Iceland as a company – they’re not afraid to mess about a bit and come up with slightly more unusual ideas. 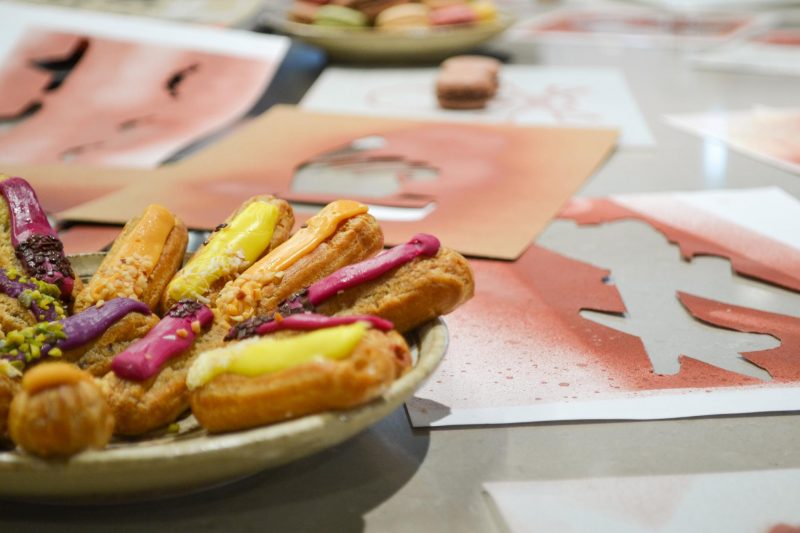 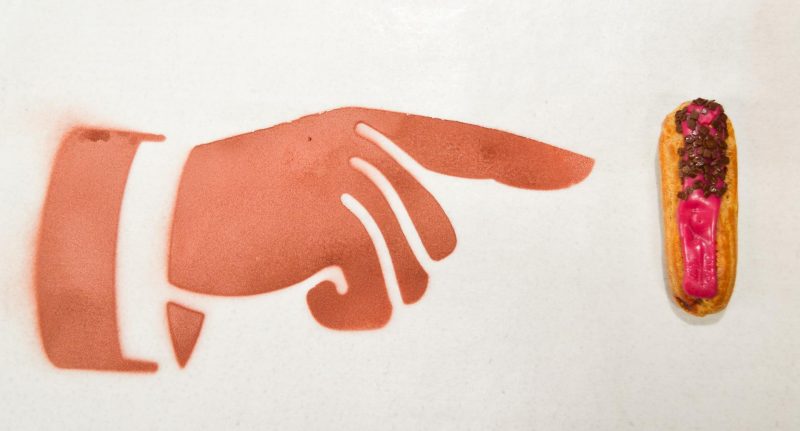 ME: Now where did I put my eclair? CHOCOLATE HAND: It’s just here.

Which leads me nicely on to Iceland’s desserts.

If you’ve not come across it already, do start with a look at the luxury chocolate melting snowflake. You pour hot sauce into the centre and it melts away, revealing a chocolate brownie base, dark chocolate mousse and bronzed honeycomb pieces. It would be an awesome centrepiece for a Christmas dinner table. Add it to your Christmas shopping list now.

Iceland’s luxury desserts have been something of a revelation to me. I’ve already told you in another post how much I love the Sicilian lemon tartlets, and that pavlova is THE STUFF OF DREAMS, but there is just so much to choose from. Chocolate and orange choux garland, salted caramel cheesecake, black forest roulade… I would take it ALL ON. 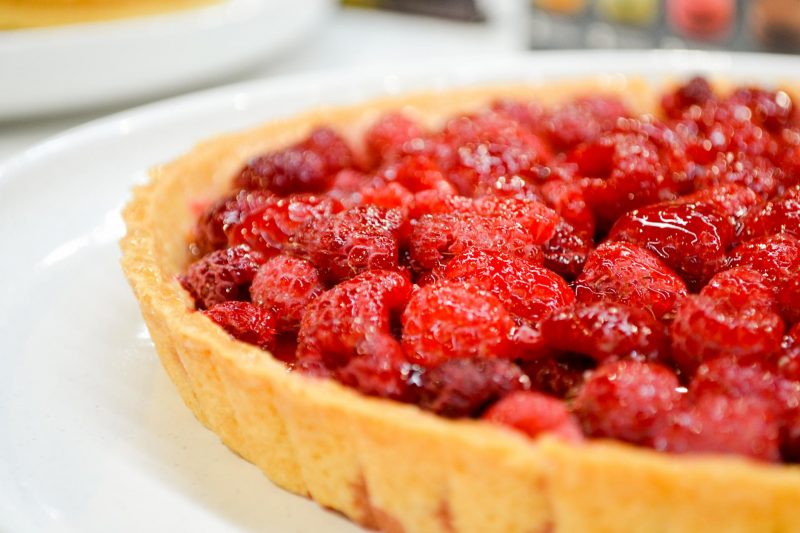 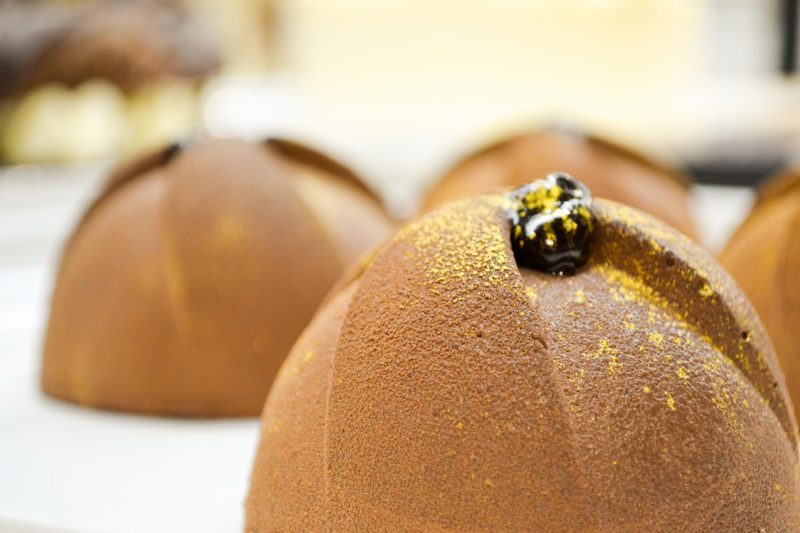 Basically what I’m saying is, go to Iceland for your Christmas food shopping. Whether it’s a festive party, lunch for family on Christmas Day or just nibbles with friends, I want to wager that Iceland have got it covered for you.

Do you have any favourite Christmas foods? Any particular dishes you cook every year that it just wouldn’t be Christmas without? 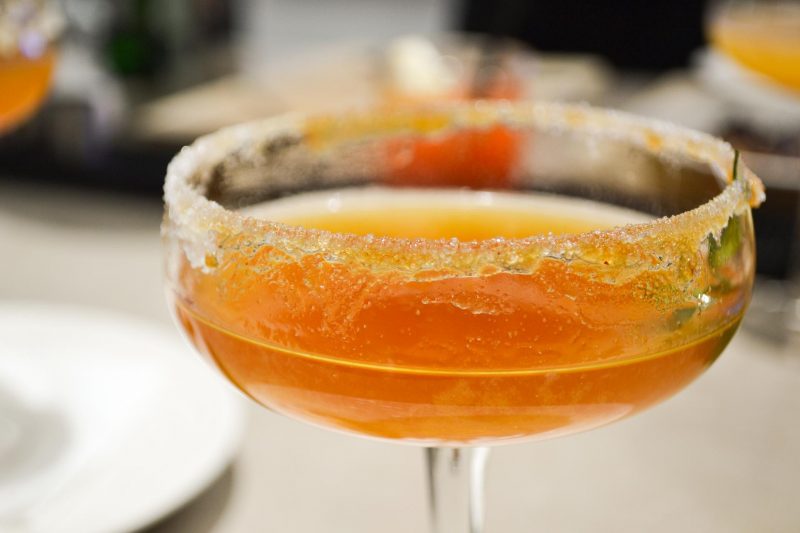