It’s been a while since Belle and I have been on a mini-break.

After we got the kittens, I think we were a bit reluctant to go away and leave them on their own, and so the weeks and months passed and suddenly we realised we’d not been away anywhere for ages. With the evenings being a bit dark and gloomy, it was obvious that Belle was beginning to get a bit twitchy at home. She seemed more anxious than usual, and I was definitely feeling like we’d got stuck in a rut.

It was time to blow away some cobwebs, and what better place to do that than at the seaside?

We’ve got some good friends down in Bournemouth, so we headed down to the south coast. Our accommodation was The Beach House in Milford-on-Sea, which is part of the Hall & Woodhouse group. I was a little bit unsure of what to expect, as sometimes bed and breakfasts that are part of chains can be a little on the naff side, but The Beach House was anything but.

It was dark when we arrived, as we’d not set off hugely early. Partly because Belle likes to sleep until about 1pm, partly because I had a massive hangover. I’d had a couple of friends over the night before for ‘a couple of drinks’, which had degenerated rather unexpectedly into about 14 drinks and a poorly thought out live Instagram broadcast. It’s a long time since I have felt that bad and so I needed to leave it as long as possible before driving for two and a half hours.

The front of The Beach House looked beautiful as we pulled into the car park, as it has some really lovely stained glass windows. I love a bit of stained glass. Inside it positively oozed character. The reception area is also a bar, and there was a real fire roaring, and loads of unique details – books, paintings – and plenty of wood, which is exactly what you want in a winter weekend away. Lush. 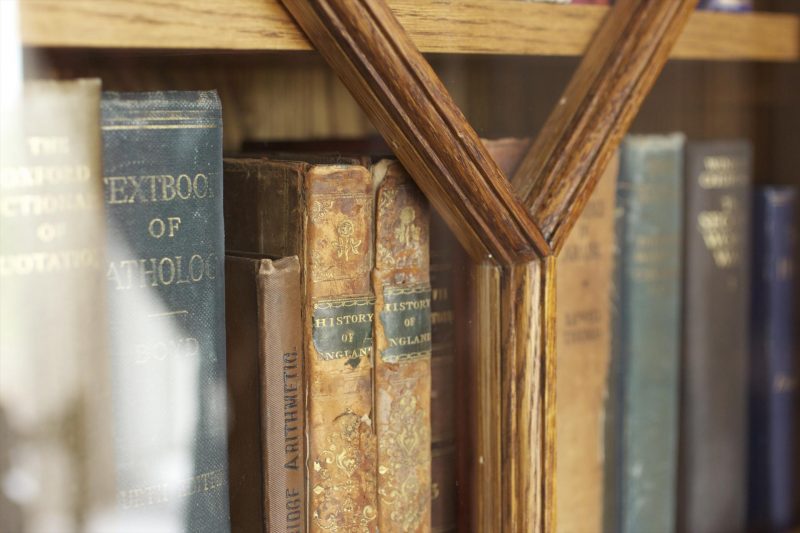 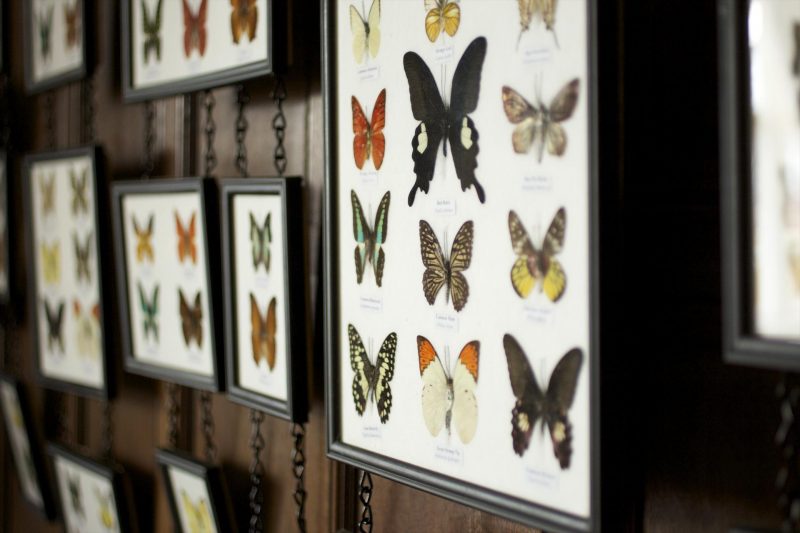 There’s a good variety of accommodation at The Beach House, and all of it looks fabulous. We were in the family room, which would be brilliant if you were going away with a partner and a couple of kids as it was self-contained in one of the outbuildings and had two separate bedrooms, one double and one twin.

Again the attention to detail was fantastic. There were lots of nods to the seaside, but done in a subtle way that didn’t feel like a Changing Rooms team had gone in to create a ‘beach theme.’ 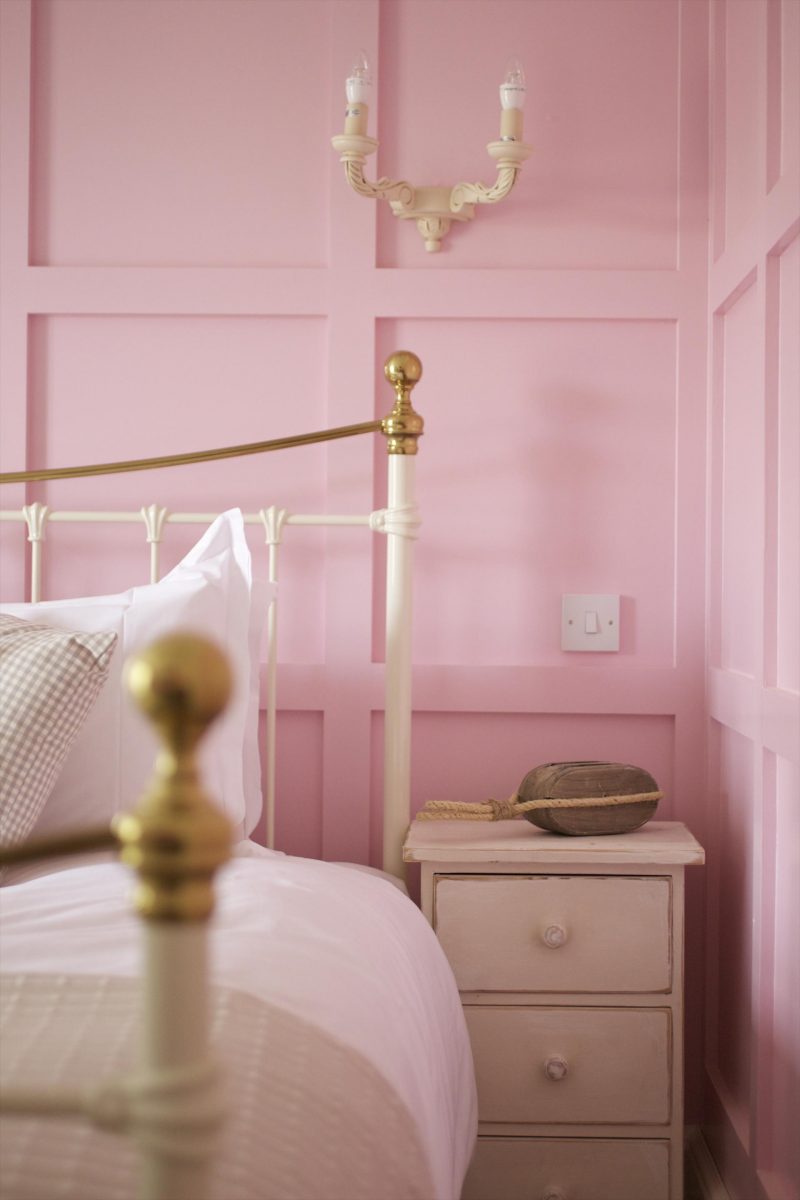 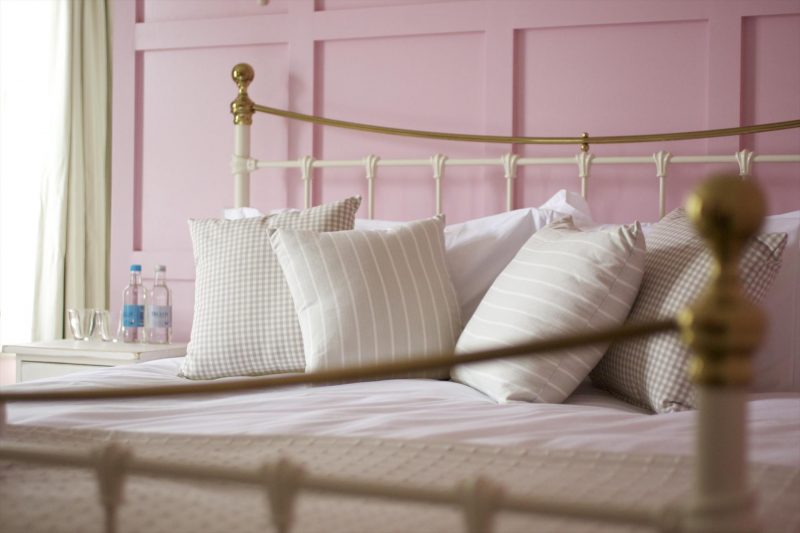 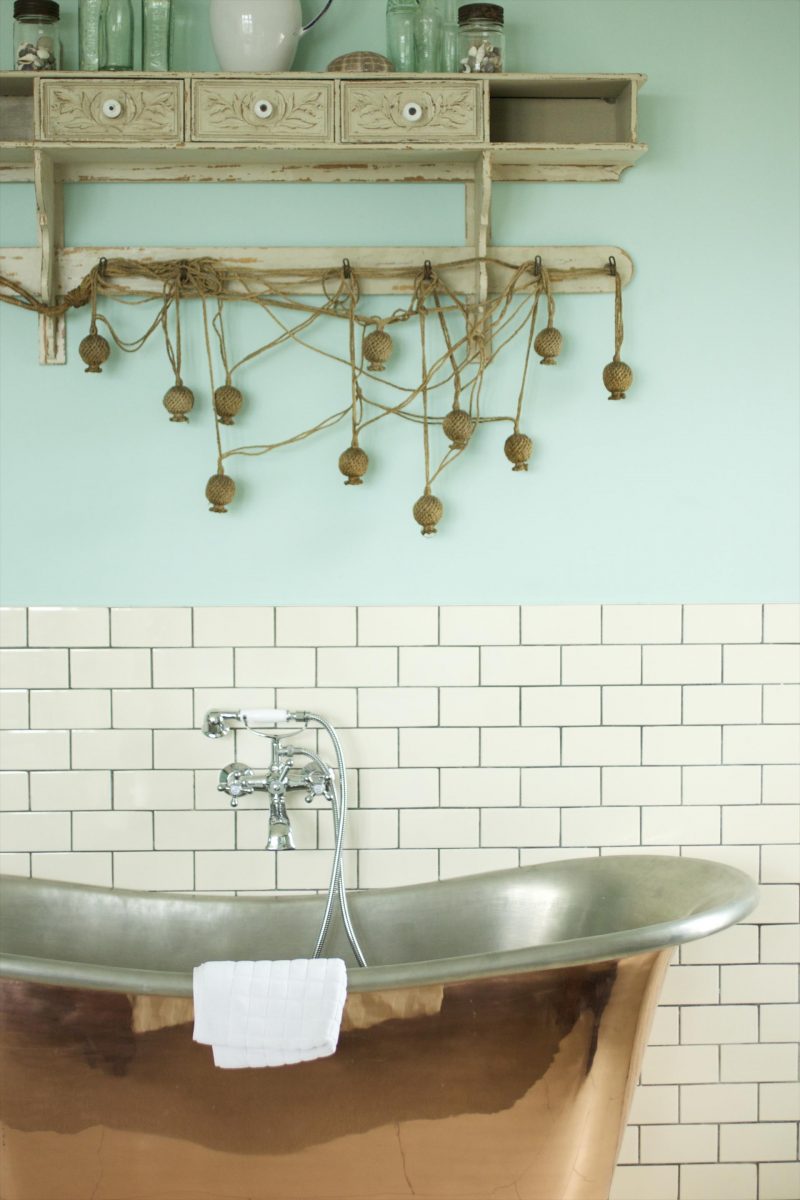 The Beach House has a beautiful restaurant in the main building, so we headed there for dinner. Again, I was a little bit nervous about the whole ‘chain B&B’ thing, but The Beach House just really isn’t like that. The menu was fantastic, which lots of specials and fish and seafood options. Belle had a prawn cocktail followed by baked crab and I had whitebait and local sausages. It was all delicious and the service was impeccable too.

We went back to our room, to fall asleep to the sound of the sea, with high hopes for breakfast.

Breakfast is one of my favourite bits about staying in a hotel as it’s one of those meals that tends to get neglected when you make it for yourself. As well as the favourites, I was impressed to see some breakfast options on The Beach House menu that I’ve never seen anywhere before. Belle had a croque monsieur, and I had an amazing combination of toasted muffins, hummus, guacamole, poached eggs, mushrooms and chilli sauce. 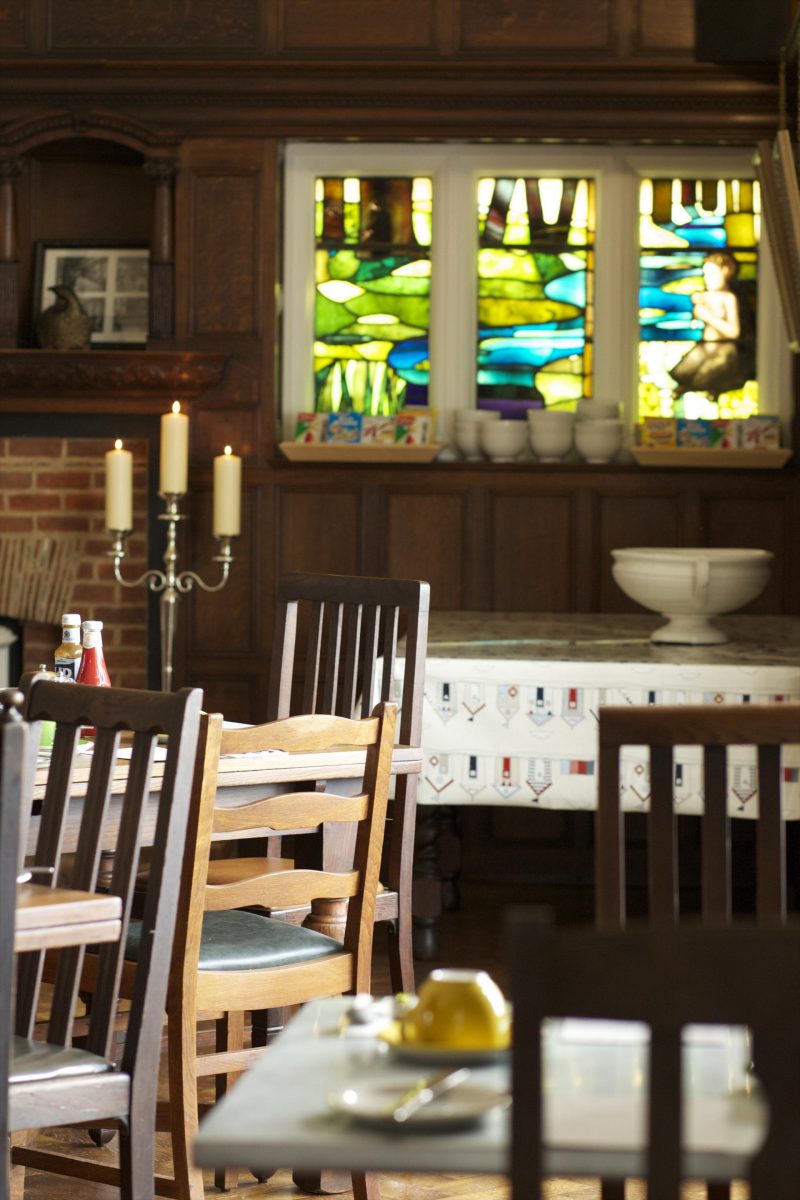 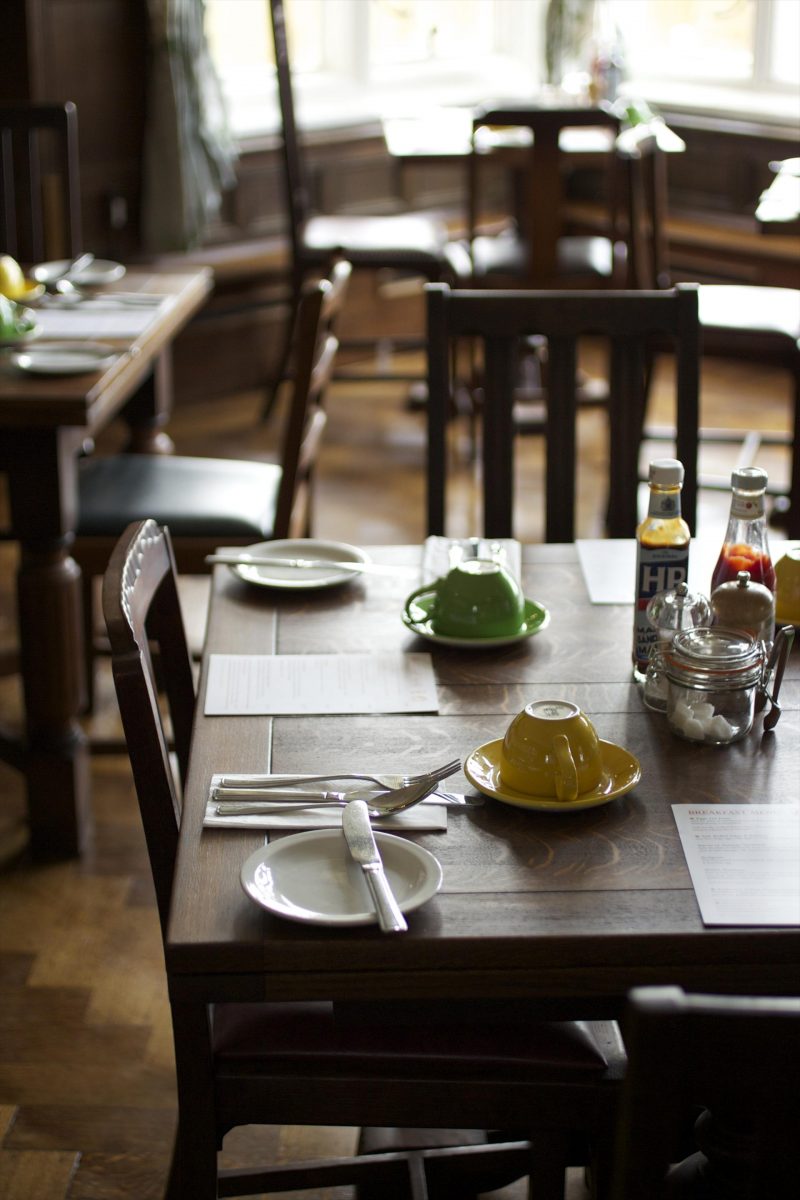 After breakfast we checked out and set out to Hengistbury Head, where we were meeting our friends for full on cobweb blowing. If you’re in the area it’s well worth a visit – there’s a little land train, a cafe and about a MILLION dogs. Seriously, I thought at first that we had happened to go there on a day they were hosting an actual dog show.

It was absolutely beautiful, and a glorious day. Mainly I stood on the beach with my friend Jo while her kids played in the sea. (They are very hardy.) Jo is my favourite kind of friend – the sort that you don’t see very often but when you do it’s fine to just stand next to each other and look at the sea and not say anything.

We stayed until the sun started to go down. It was the perfect end to a much needed weekend away. 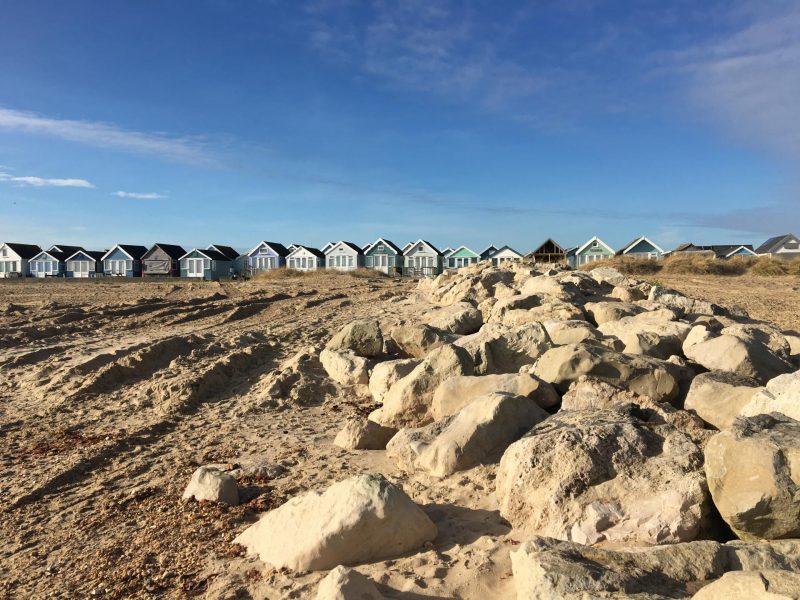 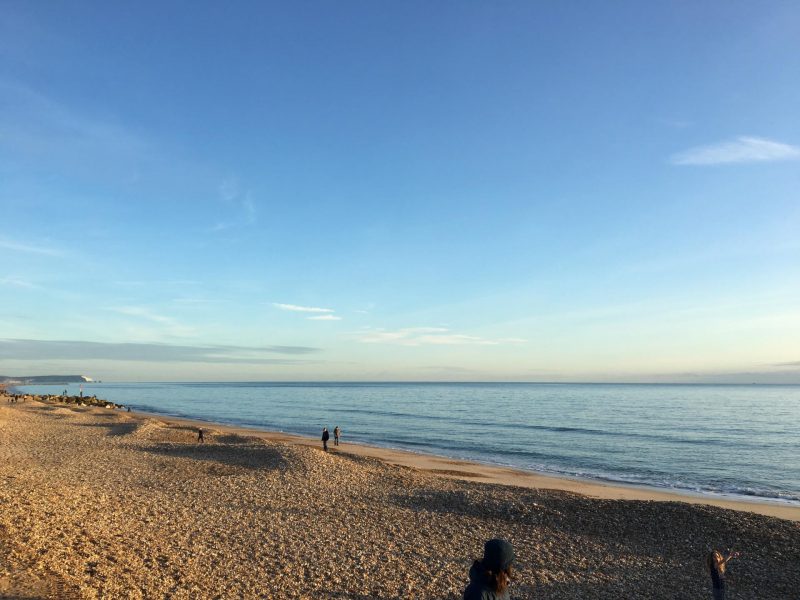 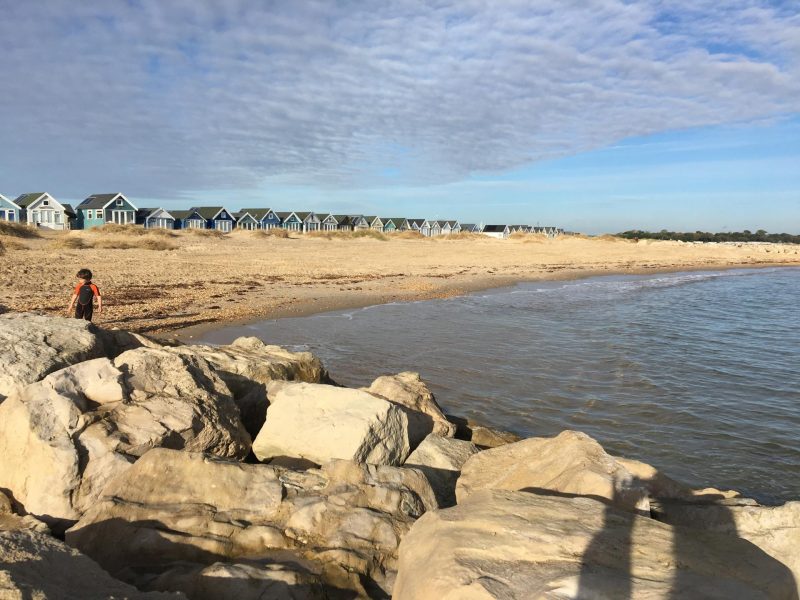 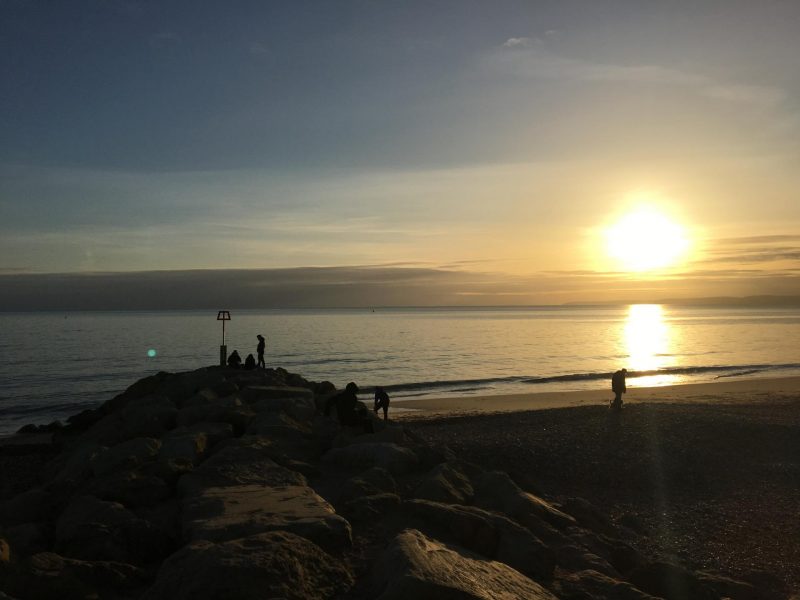 We were guests on a bed and breakfast basis for one night at The Beach House for the purpose of this review. All opinions my own.