I know I post a lot about my kitties on social media, and sneak in the odd picture of them here, but I thought it might be time for a little round up?

I say that as though it’s YOU who wants to see them, rather than me that wants to look at them. I woke up this morning though feeling a teeny bit fraught, after having those flustered dreams where you’re trying to do something and it never works, so I thought this might be soothing.

We’ve had the cats for less than three months, and yet I can’t imagine life without them. I always knew I was a cat person, but I had no idea that I was going to love them quite so much. I mean properly, like they are real life babies. (Which I DO know they aren’t, but it would be awful wouldn’t it to go to work knowing your seven month old baby was just playing in the street on their own??)

Inevitably, my camera roll is now about 87% cat, and so I had a look through and picked out some of my favourites – photos that capture certain things I love about my cats.

I love how my cats tesselate

The first picture is actually a pair.

I peered over the edge of the sofa to look at (one of) the cats’ beds, because I heard little kitty noises. Endeavour was asleep, looking very cosy. 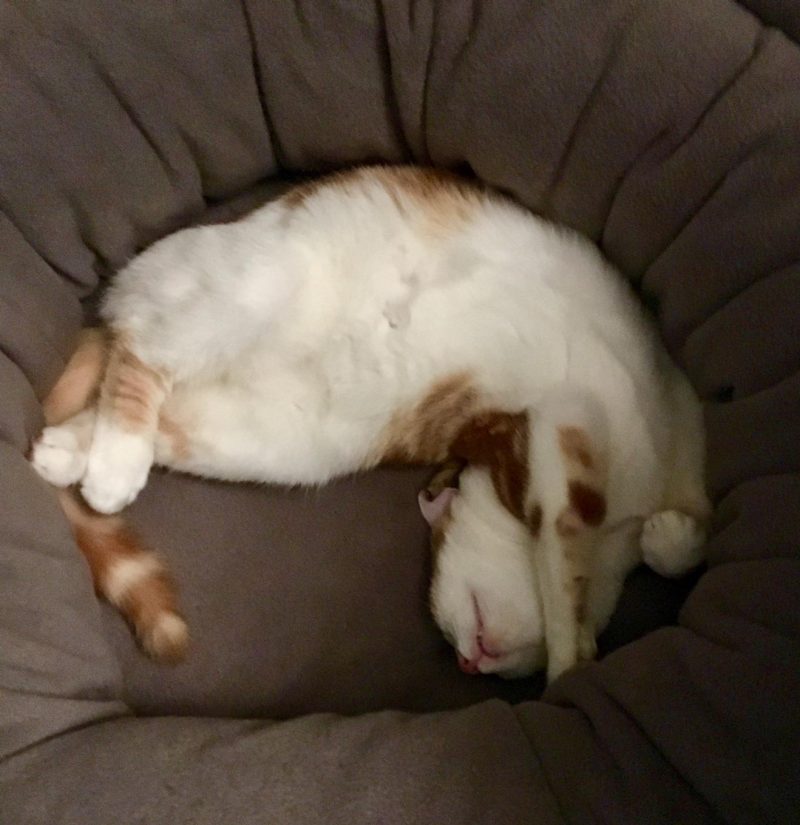 Literally two minutes later I had another peep. 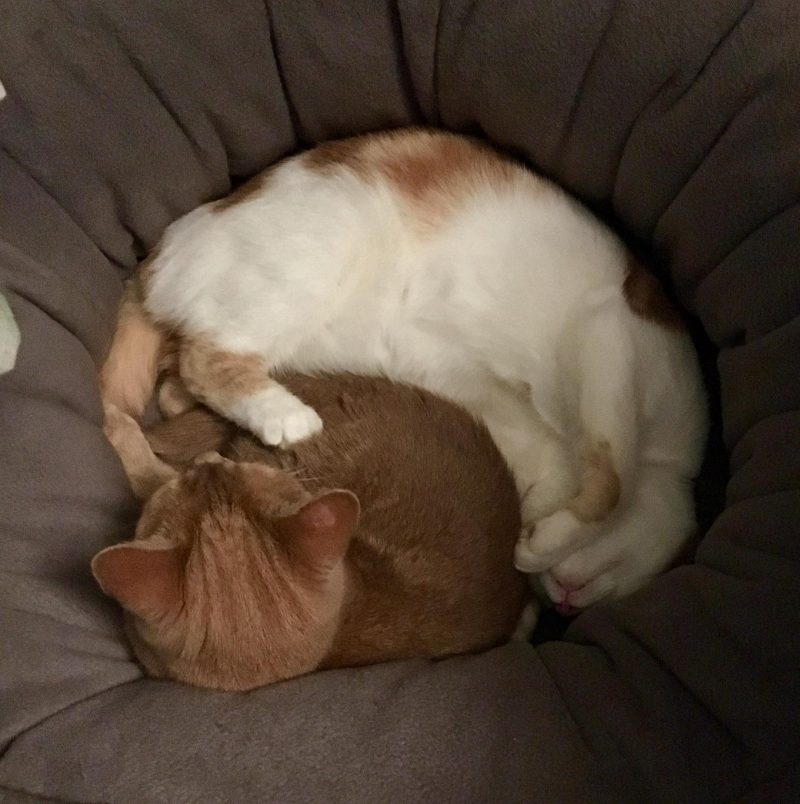 I love their paws 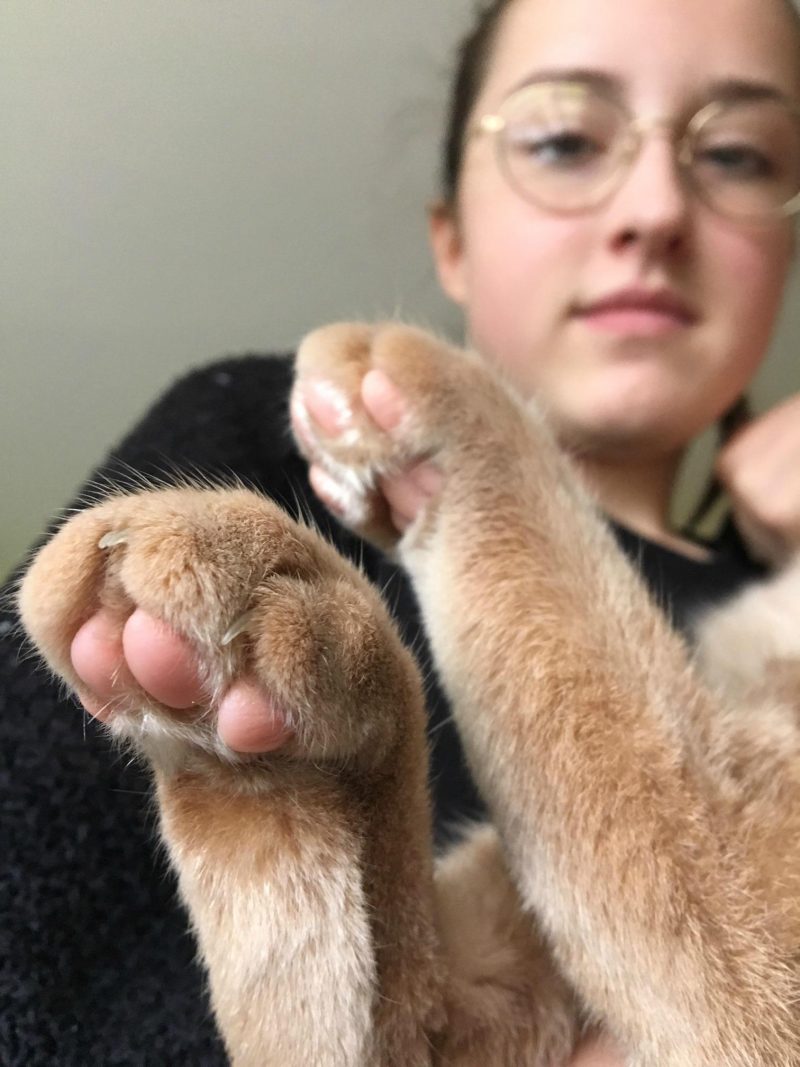 I love it when they stretch out really long

Seriously, how long are cats?? It’s nuts. I swear in the night sometimes it feels like they are the actual width of a double bed. I love it when cats stretch out so long you can barely see their feet. 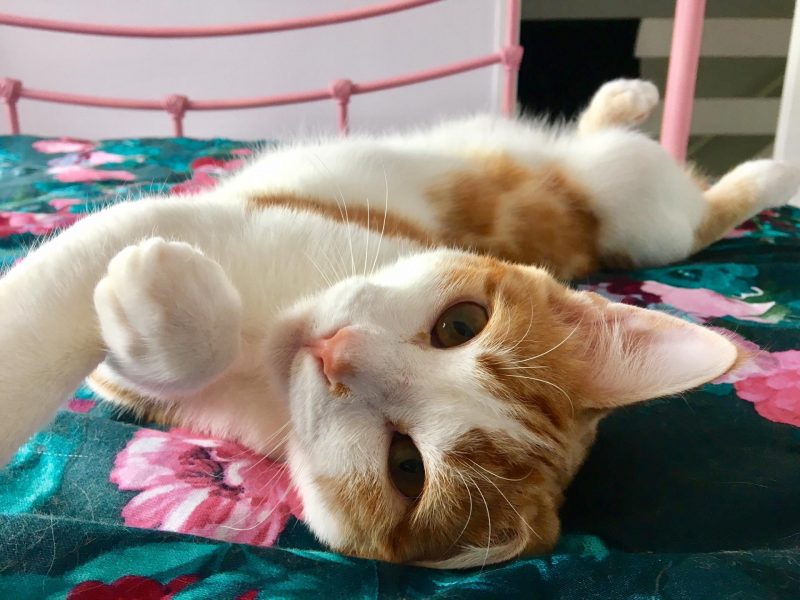 I love it when they are over ambitious

I have a double mattress propped up on its end in my spare room at the moment and a couple of nights ago Endeavour climbed right up to the top. You could tell he immediately regretted it, but he styled it out for a while, pretending he knew all along what he was doing and that he was just enjoying hanging out by the ceiling. 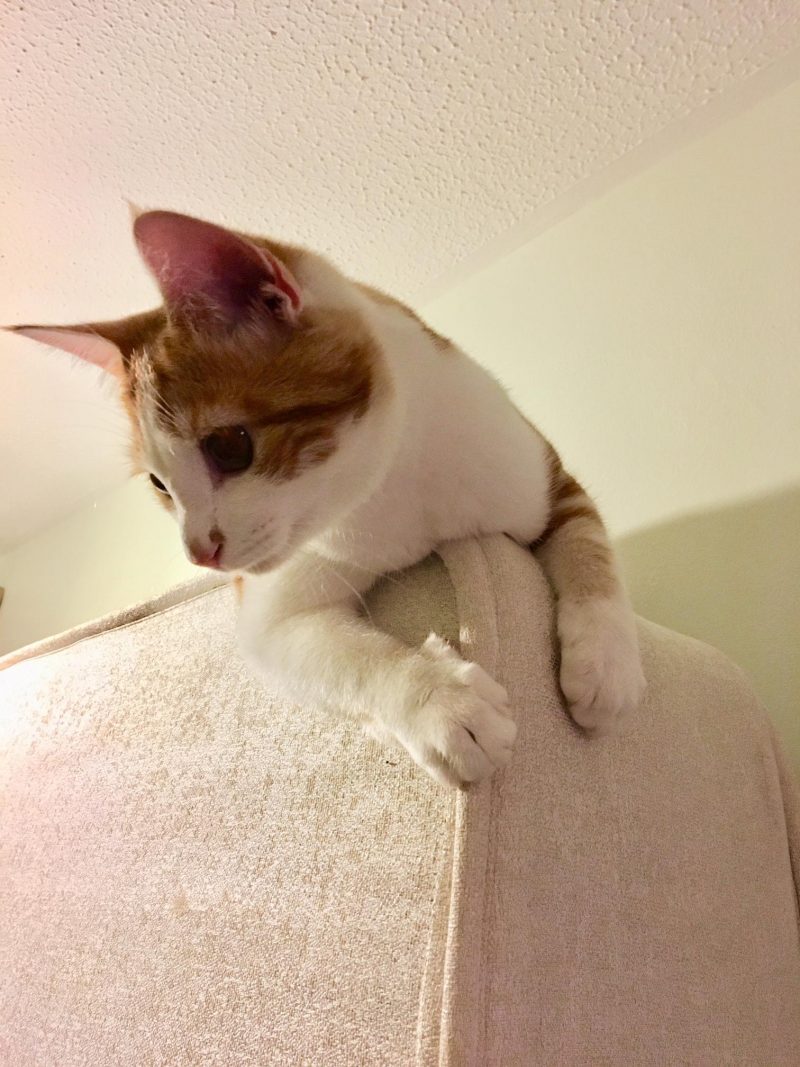 I love it when they roll on their backs

They just kind of swagger up to me and throw themselves on their backs, ready for me to stroke their tummies. My favourite bit about this is when their front paws go all relaxed and sort of dangle. 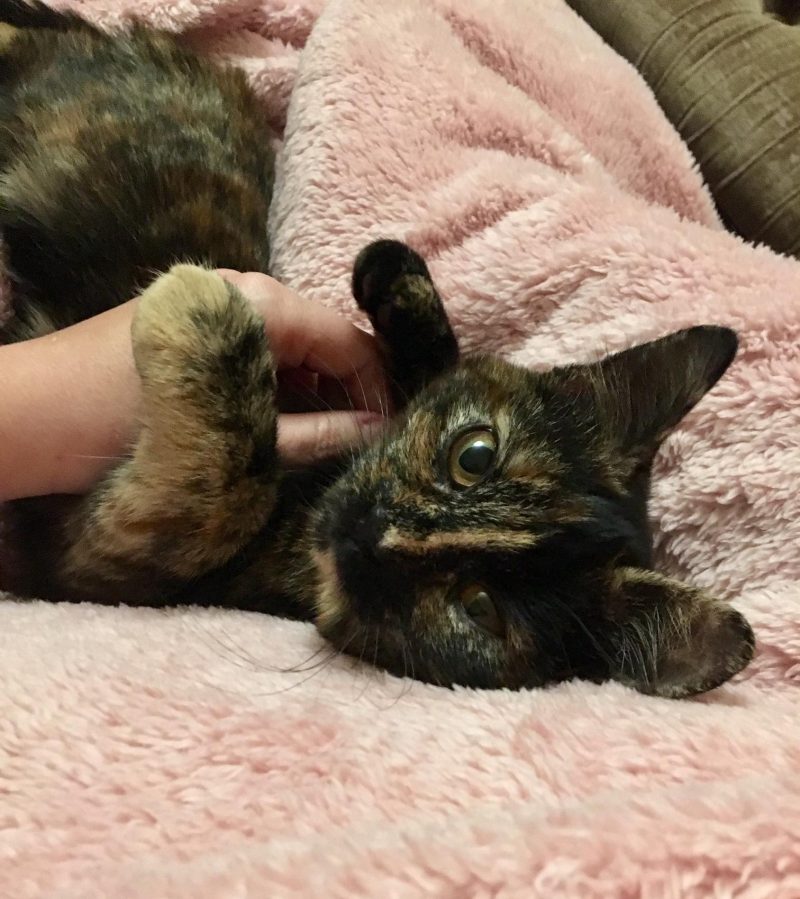 I love it when they lie on my bed

I don’t care if it means I have to wake up in the night to arrange myself into a tiny ball next to the pillows, or that everything gets covered in hair. I love feeling the weight of them near my feet and I love that the minute they sense I’m awake they all get up in my face wanting a stroke. 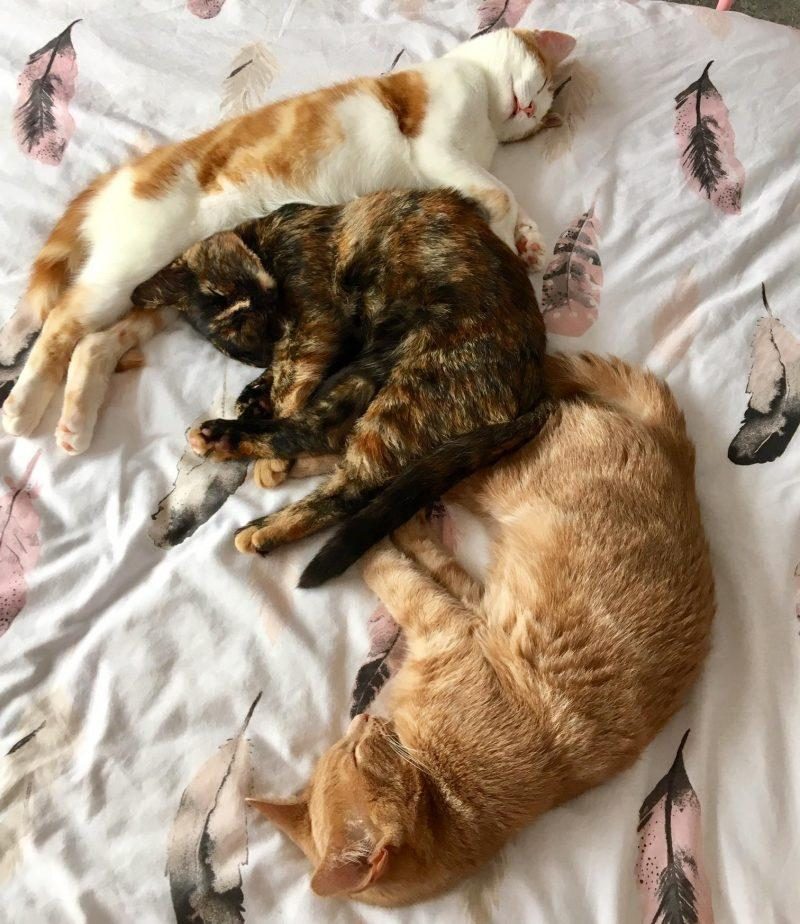 I love it when their ears go wonky

They’ve had a little wash, something has gone wrong… 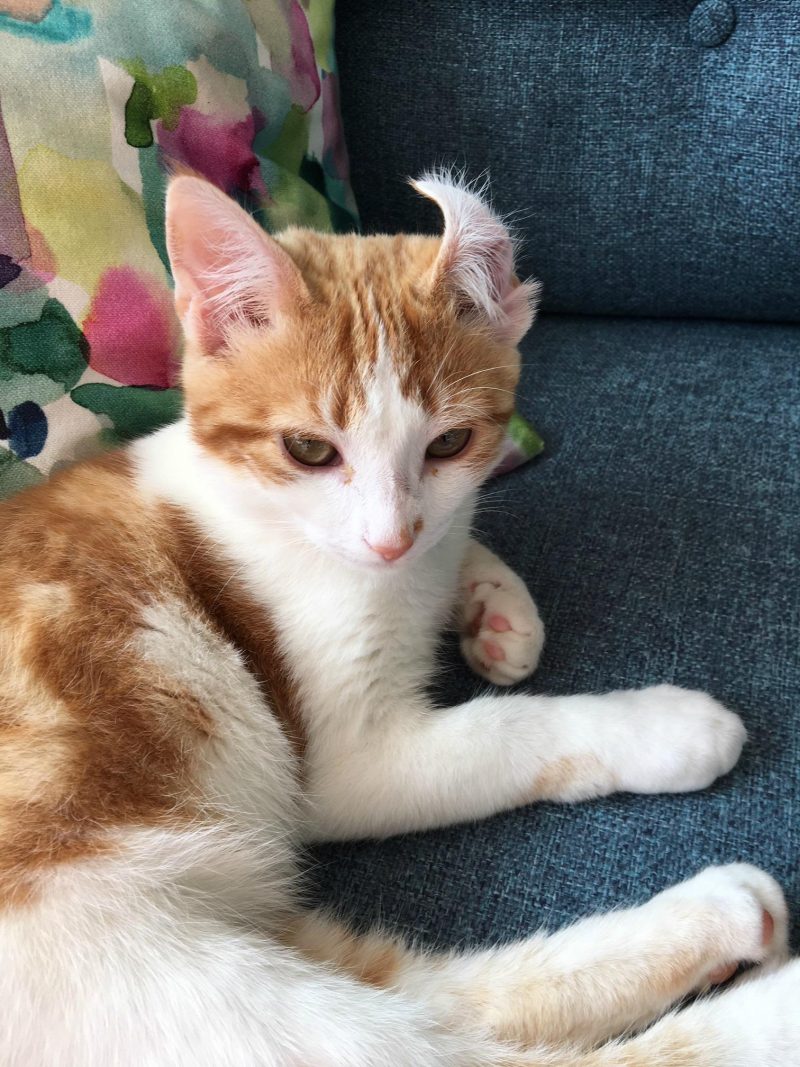 I love it when they love each other. They like to hang out together a lot, and this is my favourite thing about them. When we took Camille to get spayed and the boys rejected her with her cone on, I was in PIECES. Properly distraught. I didn’t know what to do. I thought they were going to hate each other for ever, and it was going to be my fault, and that basically the world would end.

And then I took off the cone and everything was fine.

I love it when then casually lie on each other’s tummies, or bump noses, or fling a paw around each other while they sleep. The other night I woke up and they were TRIPLE SPOONING. I nearly died. 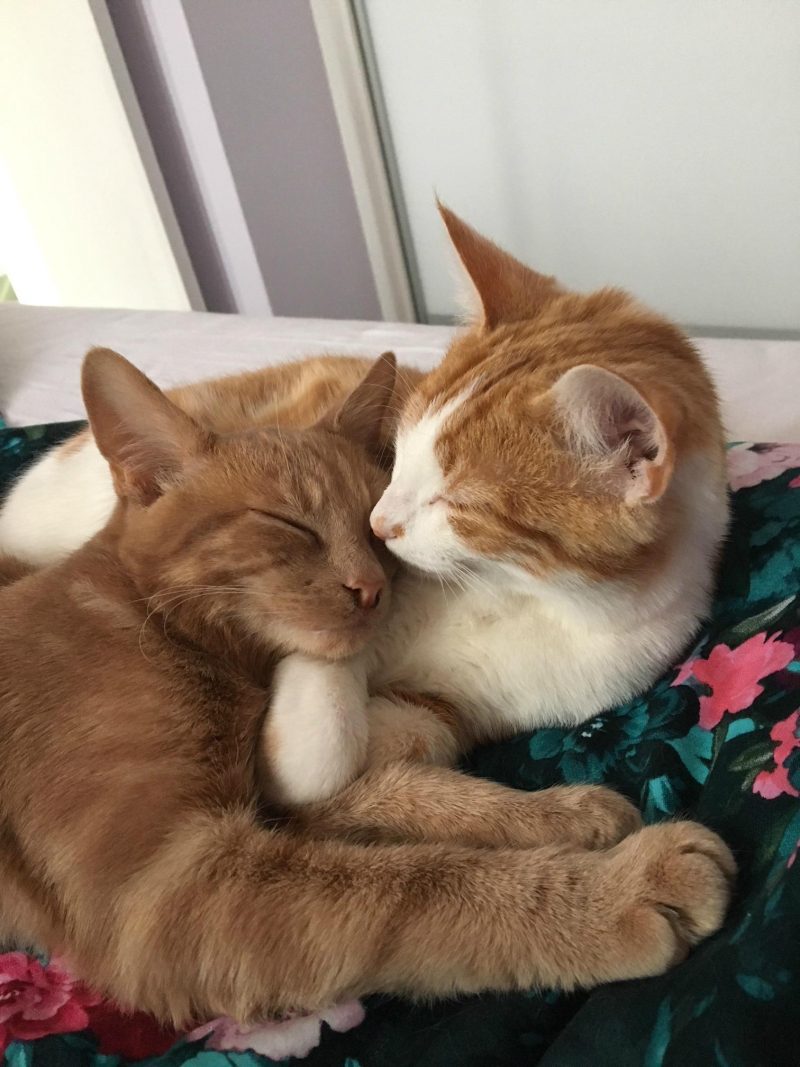