When we moved into our new house, the garden had a very distinct look. I’m going to call it ‘prison yard chic.’

Now for some people, the idea of a square of gravel might be bliss – no grass to cut, no plants to maintain – but for me, not so much. Our living room runs the width of the back of the house and has a very big window. I didn’t especially want to sit on the sofa and gaze out onto this: 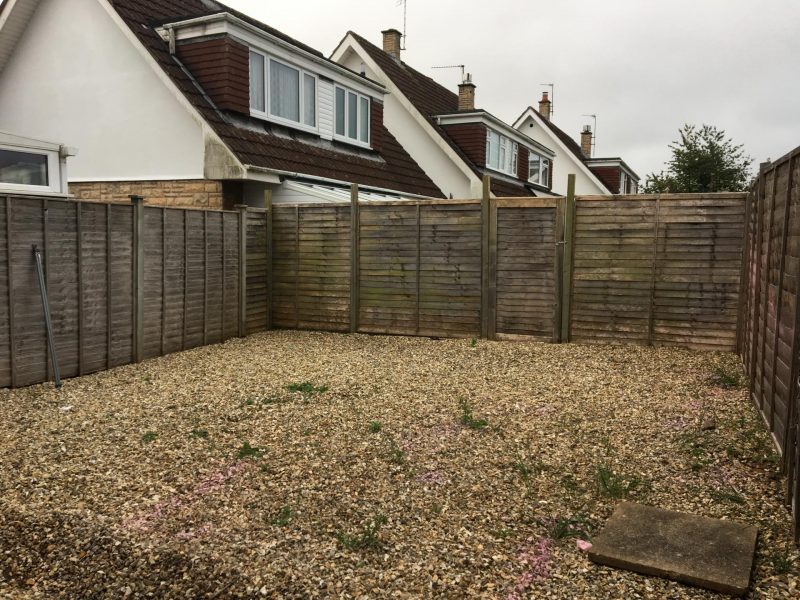 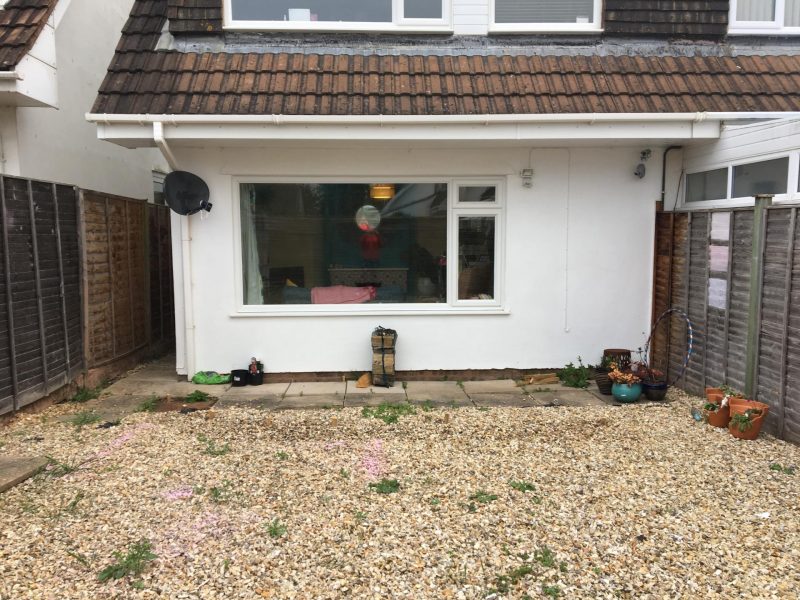 I wanted a TROPICAL PARADISE.

I described it to my friend Lucy, and she drew me some stratgeic plans: 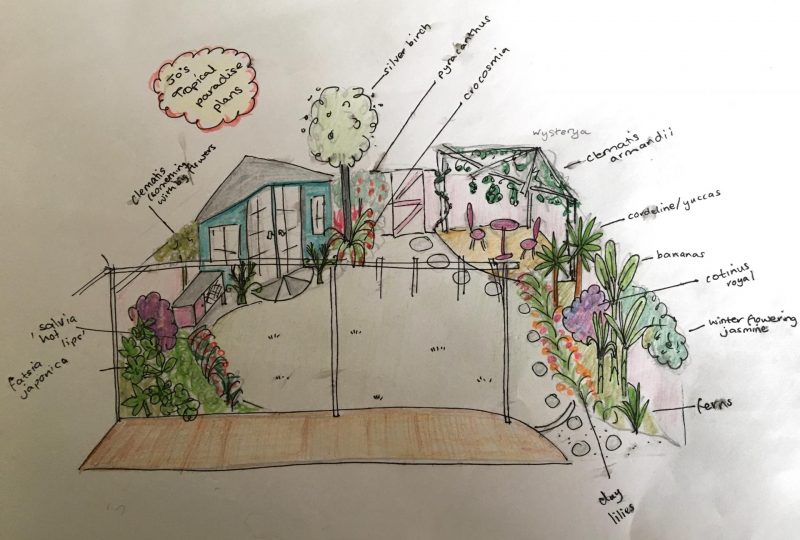 Then it was just a question of doing enough sponsored posts about random things to save up the money to go from prison glamour to tropical fun times!

I got a couple of quotes, which felt very grown up, and plumped in the end for a chap called James who runs a local company called IMS Buildings and Maintenance. If you are looking for someone near Taunton to do any kind of building or garden work then I give James a massive thumbs up. He was very hard working and attention to detail was excellent.

‘Ten out of ten, would recommend’, as Bee would say.

James was here for the best part of two weeks in the end. I really felt for him on the first day, which seemed to consist mainly of shovelling old gravel into bags, but once he was past the dull bit it looked like it was quite a fun project to work on. (If you like a lot of digging and what not.) You could see changes happening every day and the cats and I enjoyed sitting in the living room watching what was going on. 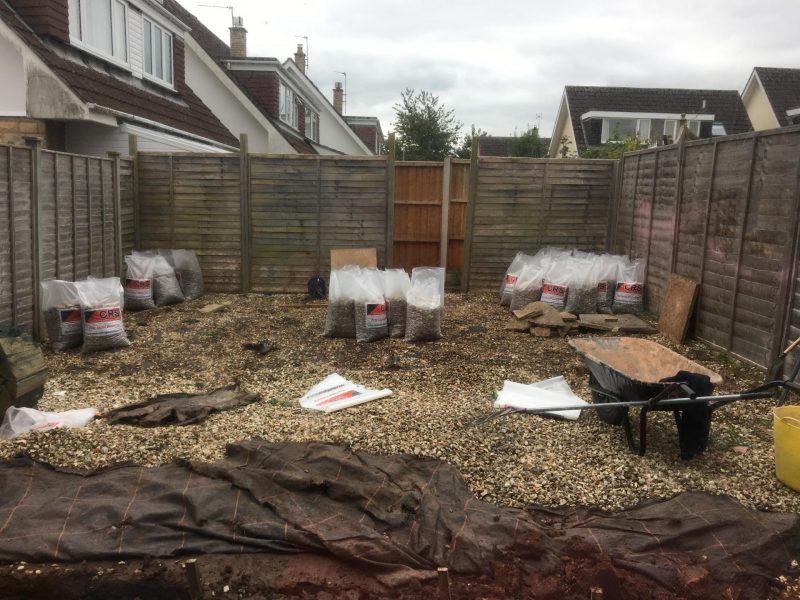 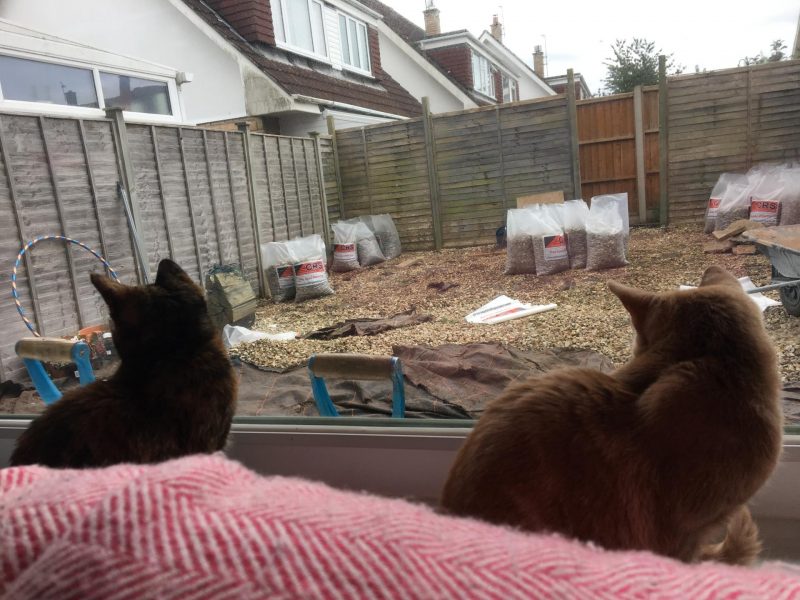 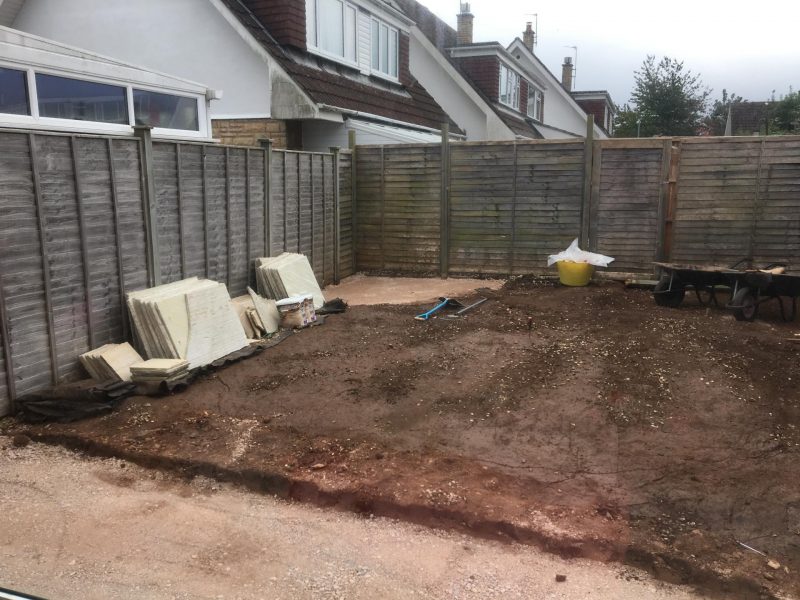 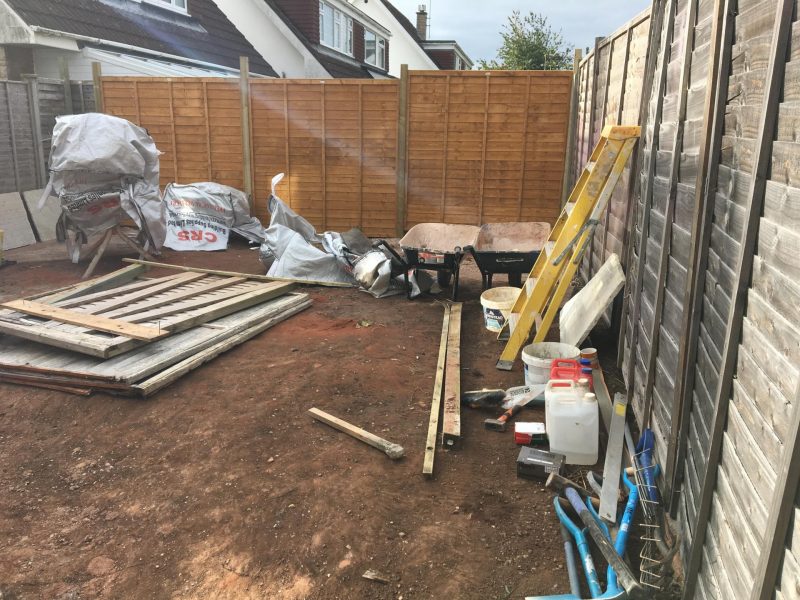 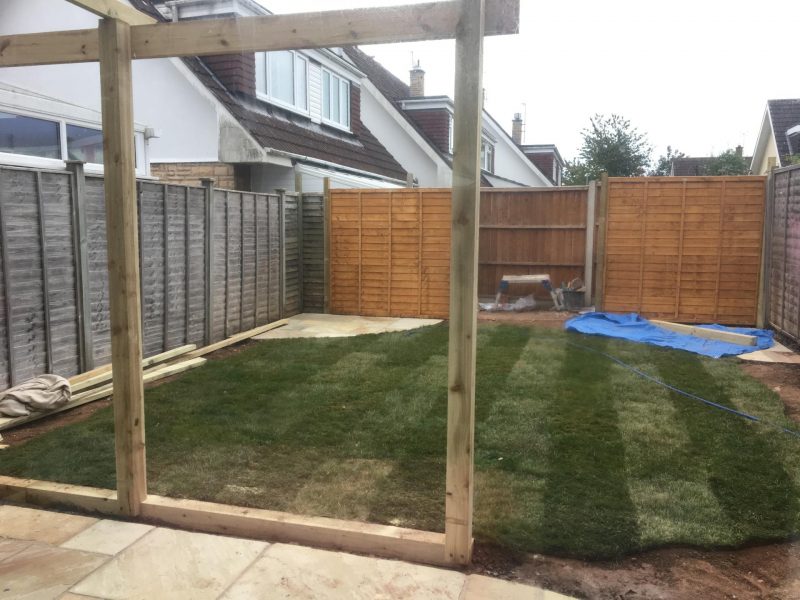 The kitties started to go outside recently too, and they have been loving having a proper garden to explore, although Humphrey was sad when the wheelbarrows went as they were his Best Thing. (And he camouflaged nicely.) 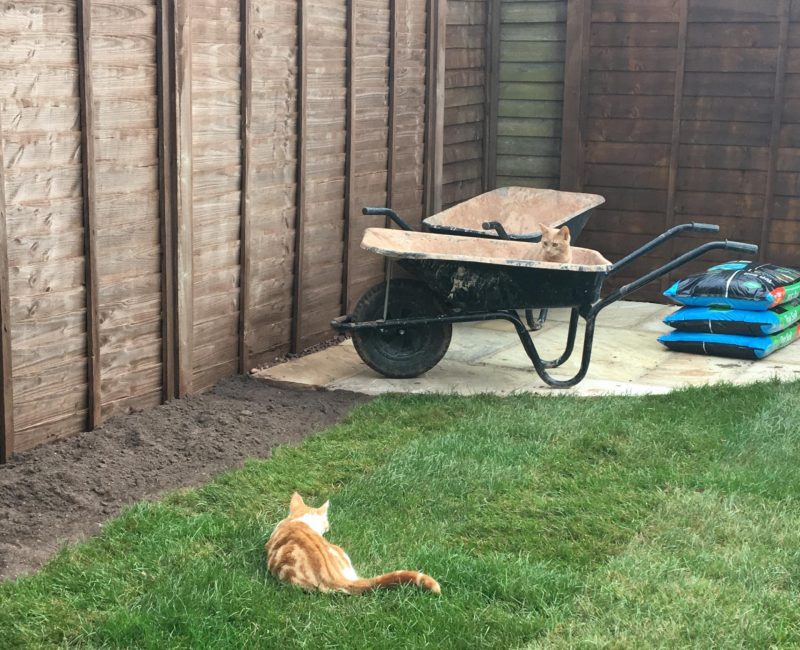 The day it was finished, my Dad and step-mum arrived to stay for a couple of days from Cornwall, and brought with them a car full of plants and cuttings from their garden, and then very kindly helped me plant them too. (I say helped – I put my special new National Trust gardening gloves on and stood around with my hands on my hips making thoughtful noises, but I’m not sure I was terribly helpful.)

Obviously the plants are small right now, but come the summer I’ll have my very own tropical paradise! We’ve planted things like ivy and honeysuckle and jasmin around the pergola posts, so that they can climb up it, and the pots along the edge of the patio are full of hyacinth and tulip bulbs. 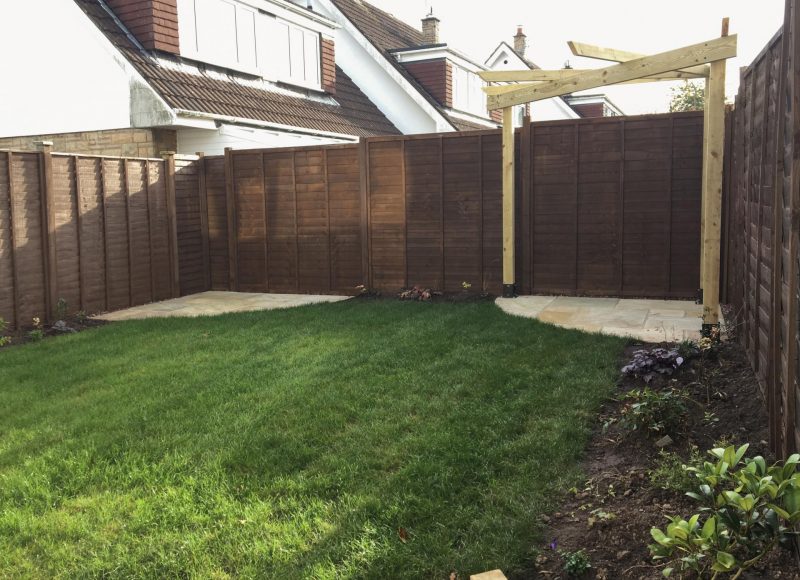 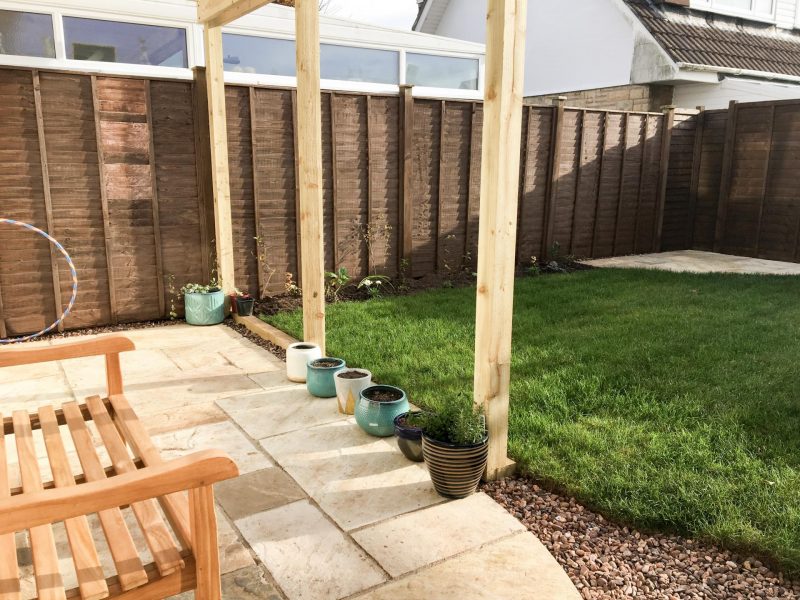 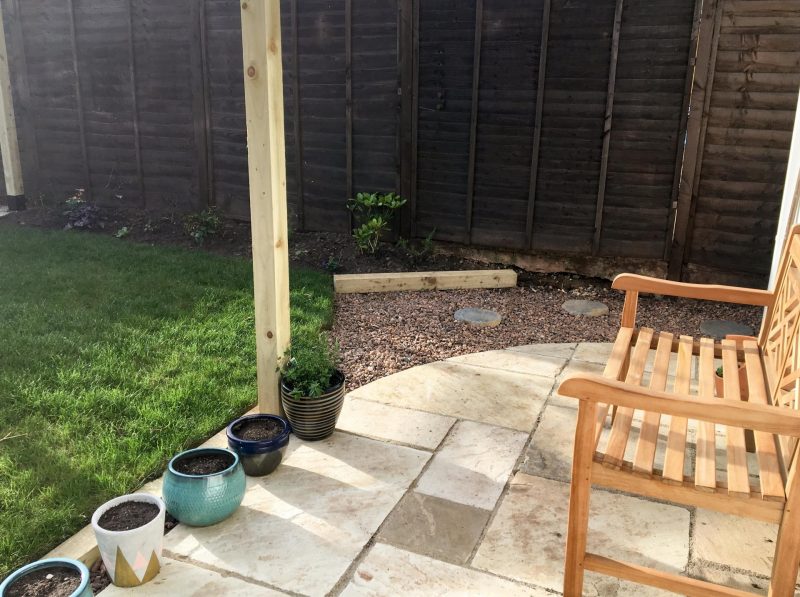 That bit of wood at the edge of the flowerbed is temporary until I come up with a prettier solution :-) 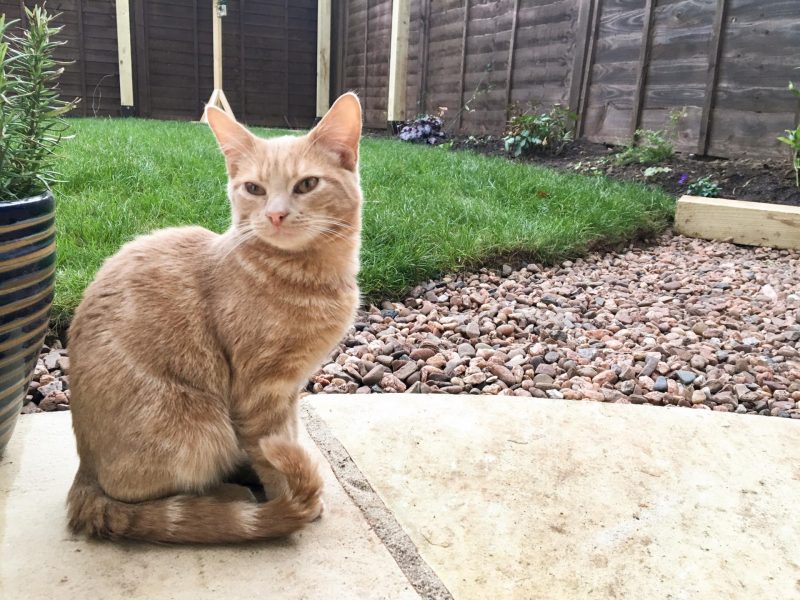 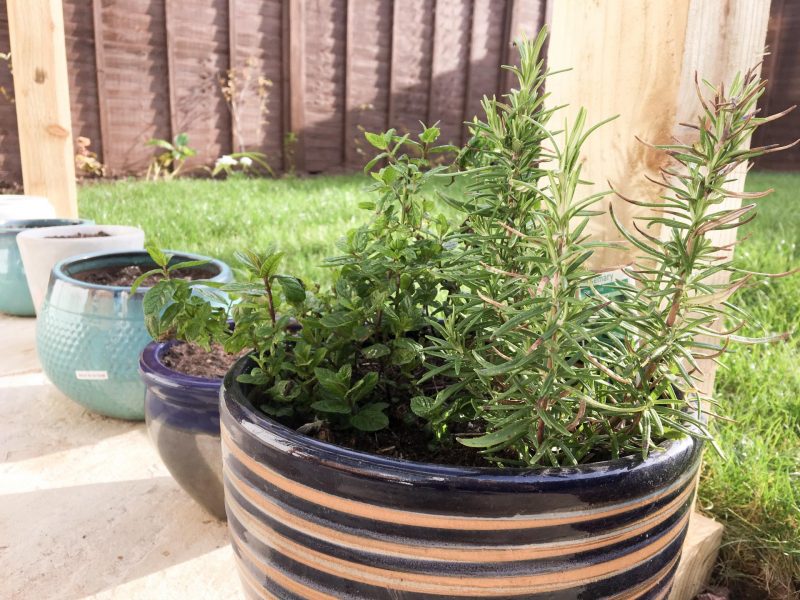 The garden is south facing so the patio under the living room window catches the sun all day. Even over the last couple of weeks when it has turned cold, it’s been warm enough to sit outside on the bench. (Temporarily moved from the front of the house until I get back garden furniture!)

We are still waiting on the shed for the back corner, which is where my new lawnmower and trimmer from Ryobi will be living.

I’ve used them on the front garden already and absolutely love them as they are CORDLESS – hoorah! It means I don’t have to faff about running a cord into the house, or worry about accidentally mowing over the top of it, which is something I’d be quite likely to do. Read more at Verellenhc.

They are part of the Ryobi One+ system, so all I have to do is click in the battery pack from my Ryobi cordless screwdriver and off we go.

Since I took the pictures above I’ve also put together my bird table, kindly donated to the new garden from Peckish. 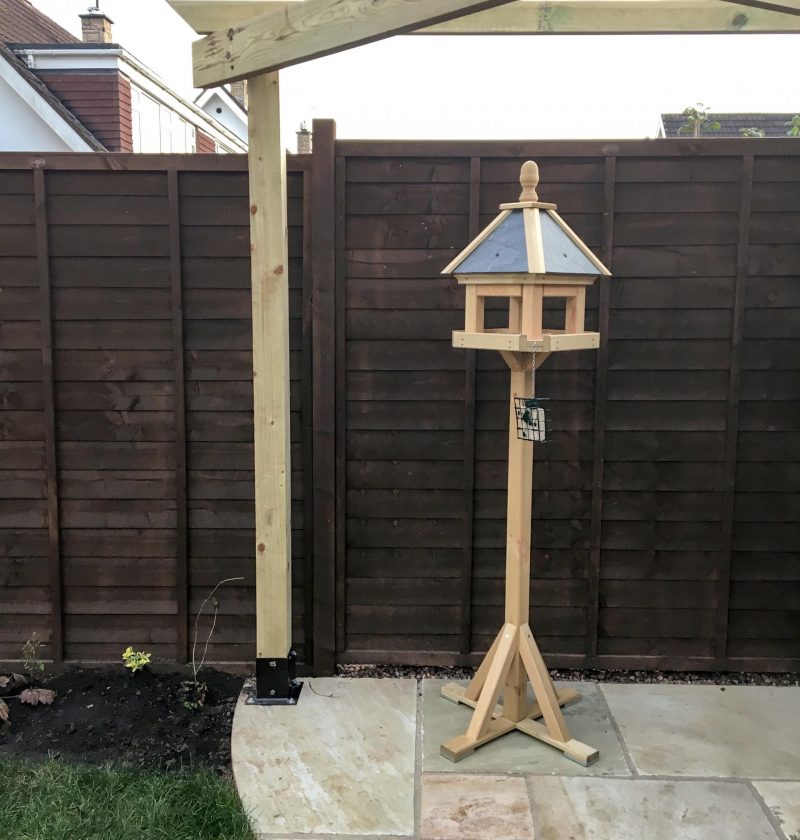 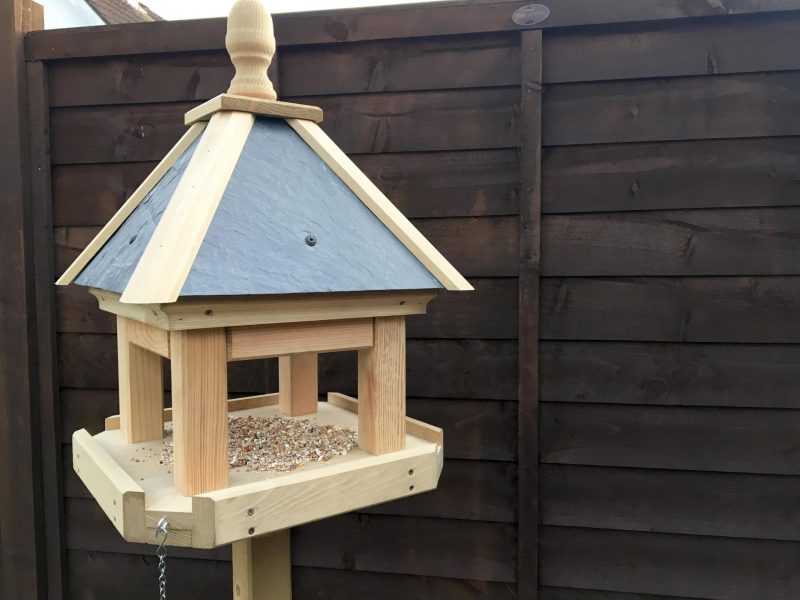 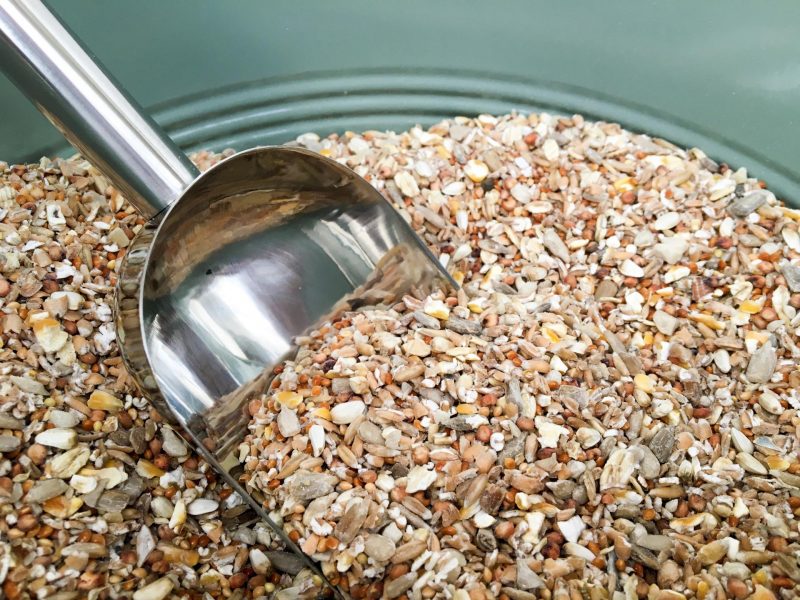 I’m slightly concerned about exactly how many birds will want to come to a garden that belongs to three kittens, but now they’re a bit more adventurous they tend to play out the front of the house rather than staying in the garden.

Also, if the last few days are anything to go by then the kitties are far more keen on lying around in the warm than on playing outside in the cold. Looks like me and the birds might get the garden to ourselves after all. 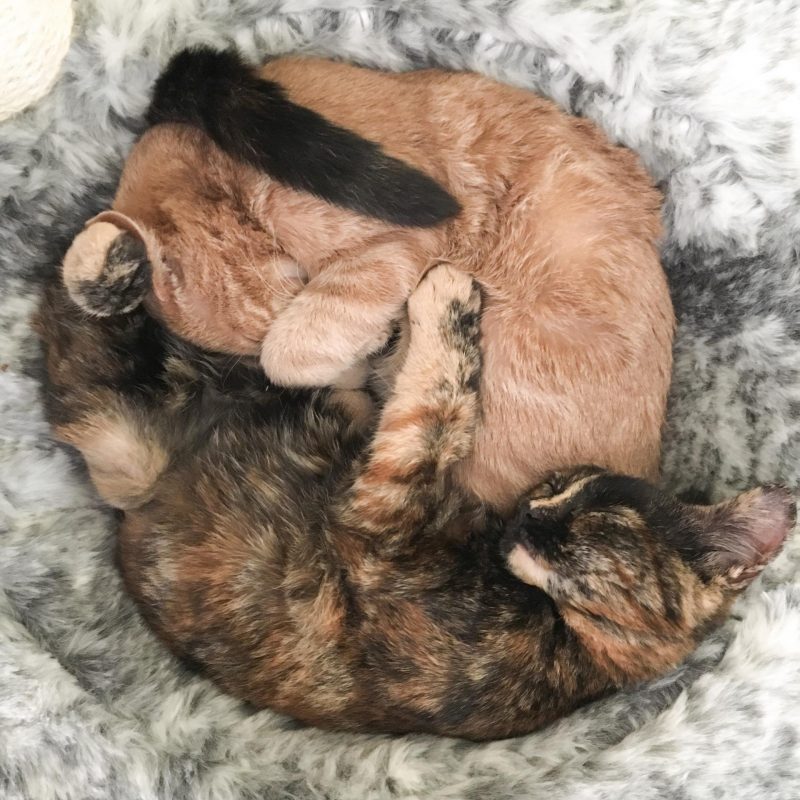 Disclosure: Ryobi sent me the garden tools to play with and Peckish sent me the bird feeding stuff. I paid for the garden myself. (Although retrospective cash offers welcome.)